Sardinia, here we are.

A short update: We just finished the passage from Sicily to Sardinia. We had various winds and we managed to sail majority of time, we had motor on for about 20% of the time. Average speed was close to 6 knots, which is good for this kind of weather.

We motored first two hours N to come around the Sicily NW part as the wind was too low and directly to our nose.We then turned W towards Sardinia and we were able to shut down the engine and sail nicely in light wind. As the seas were calm we had our second laundry day and we were making water at the same time.  I love our solar panels. 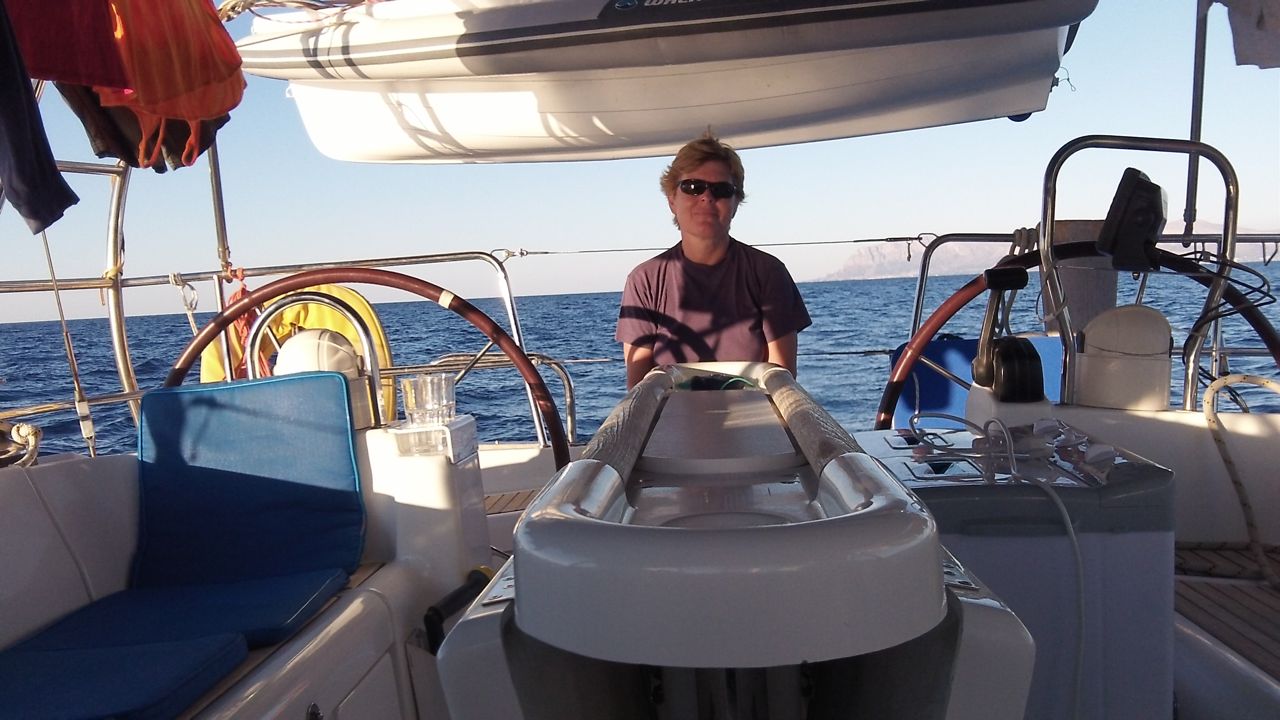 There was a sailing boat in front of us, and they were flying a gennaker (or spinnaker, could not tell) and we could not close the distance.After we finished the laundry and had lunch we raised our big bird as well - our Gennaker with picture of Heron on it.I have just finished AIS installation and was looking at the sailboat on AIS.  We were closing the gap ! Ha, ha, ha. It felt so good. You know, two sailboats going in the same direction is always a race. After we came close we had a radio contact and a nice chat.

At sundown we dosed the gennaker and tried with 95% jib, but we had no chance in dying wind, so motor was on again for an hour or so.We sailed the rest of the night with a full main and 95% jib and had wind from all directions.

Lili prepared dough for baking bread and she went to bed. When she wake me in the morning for my watch I had freshly baked bread for breakfast and she made average speed above 6 knots during her watch under sails. How I love her. What a combination of sailor-wife. 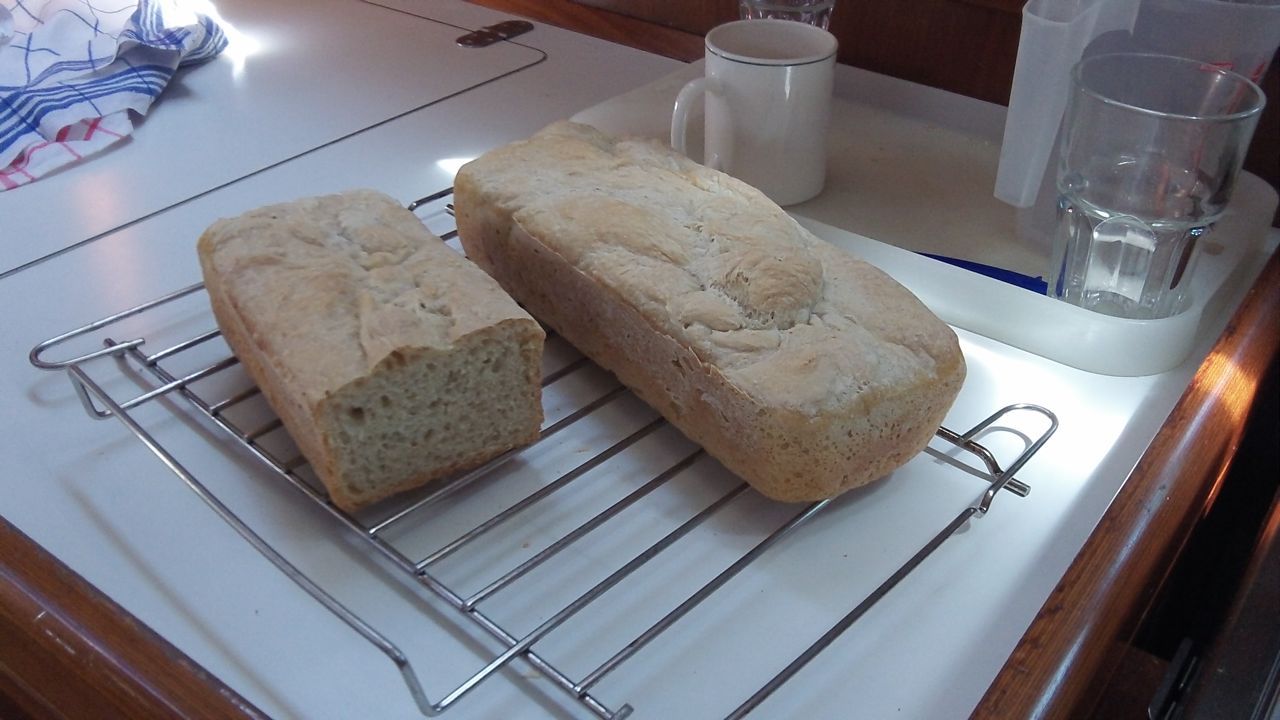 Ok, have to go and jump into the blue water of Sardinia.