We had such a great time in Slovenija. We managed to do almost everything we set out to do, to see almost all the people we wanted to see and spent quite some time with our families. We are so lucky to have such loving and generous families and friends.

While in Slovenija we stayed at our house. The grapes were just getting ripe ... 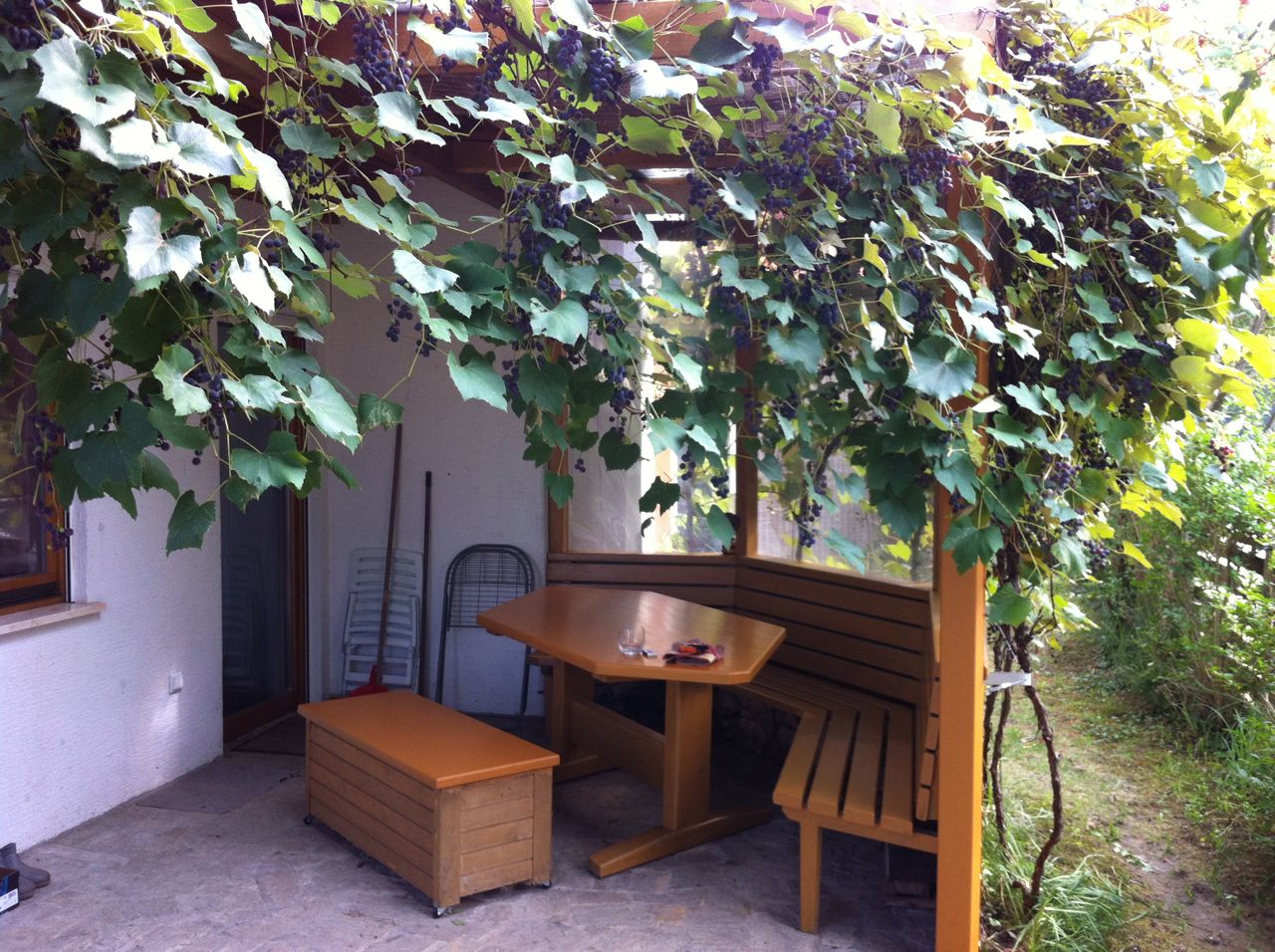 and everything was lush and green .... 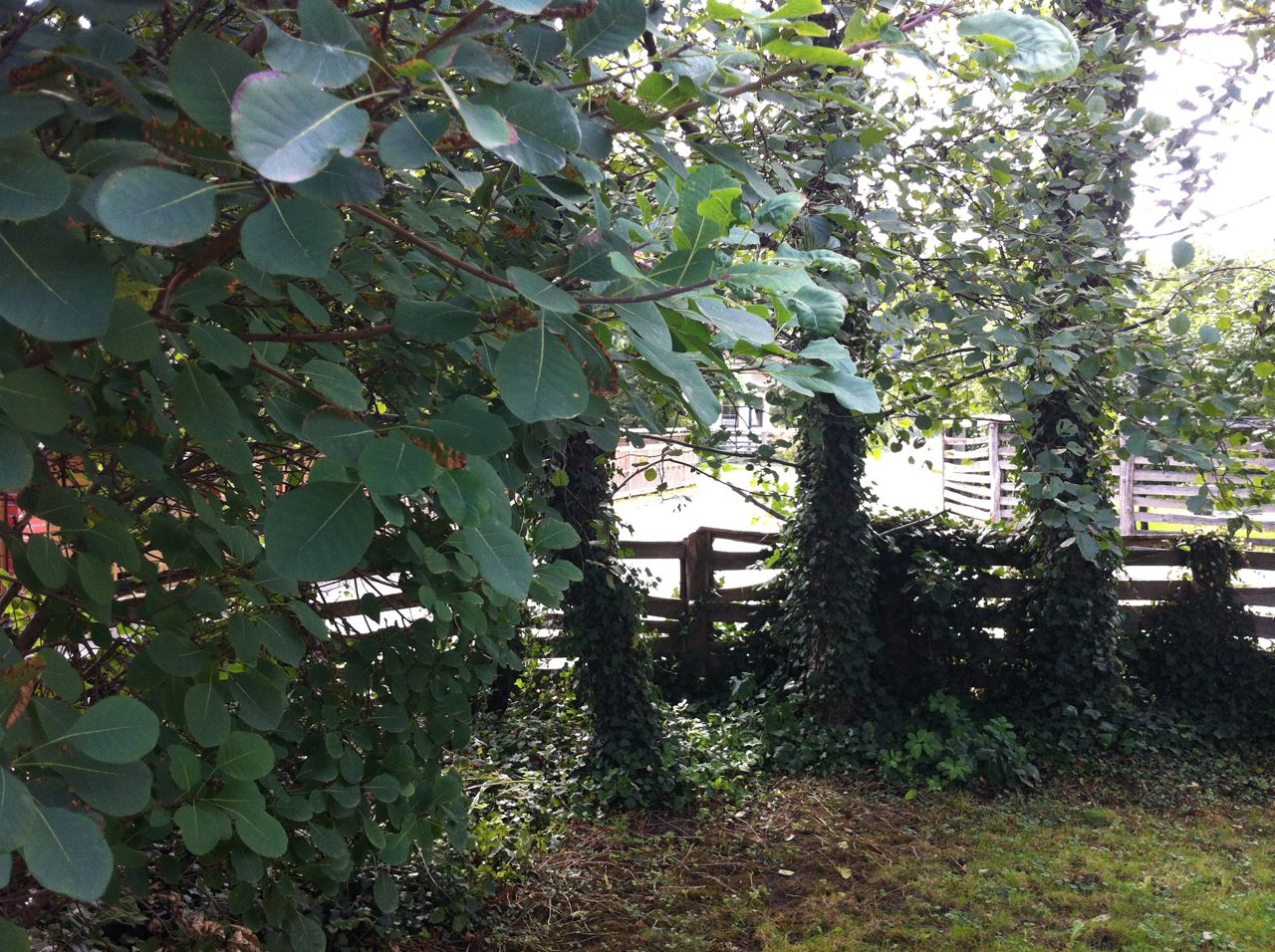 With my parents we made a trip to Balaton lake in Hungary. There was a cute little marina in Badacsony ... 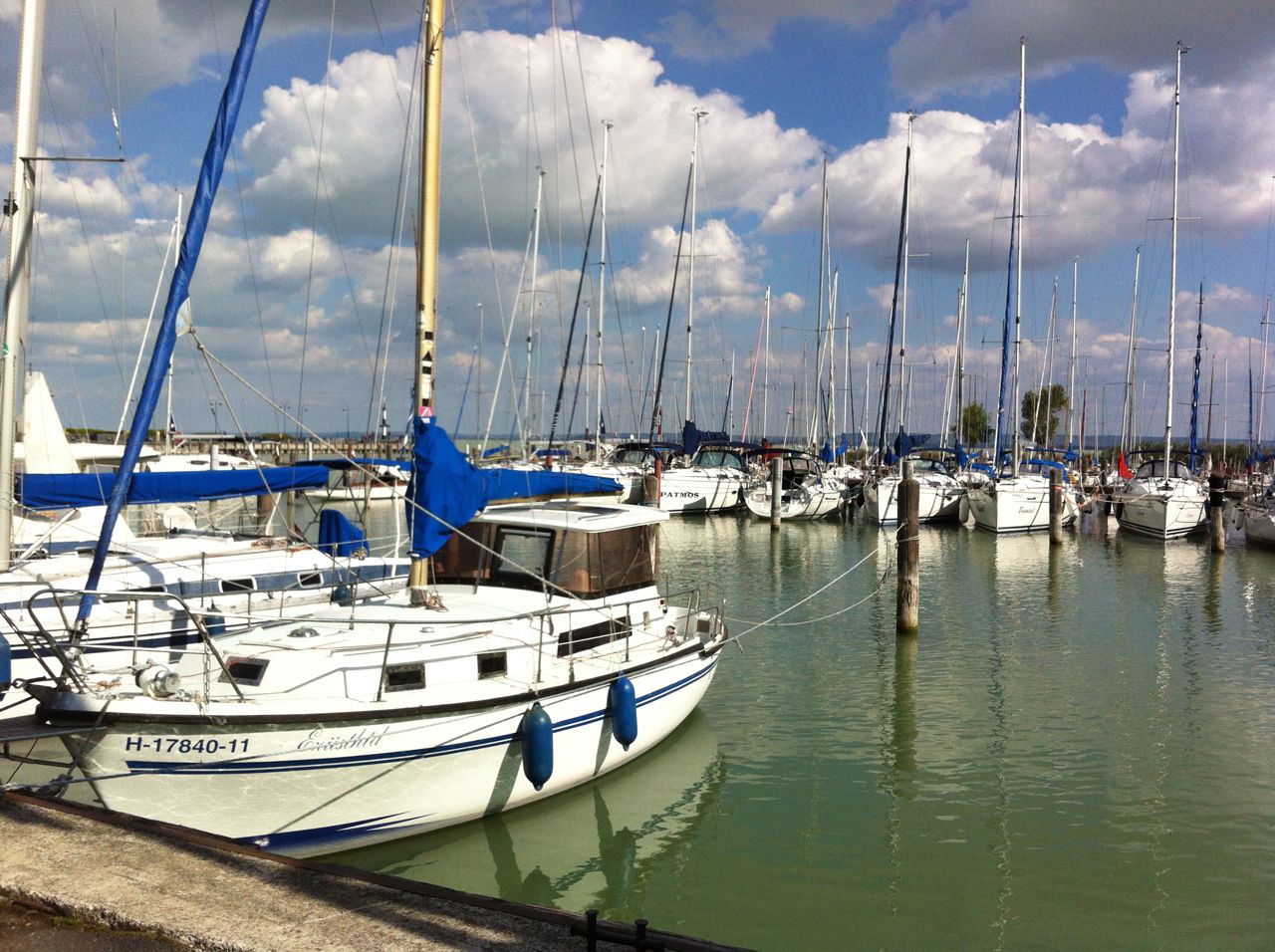 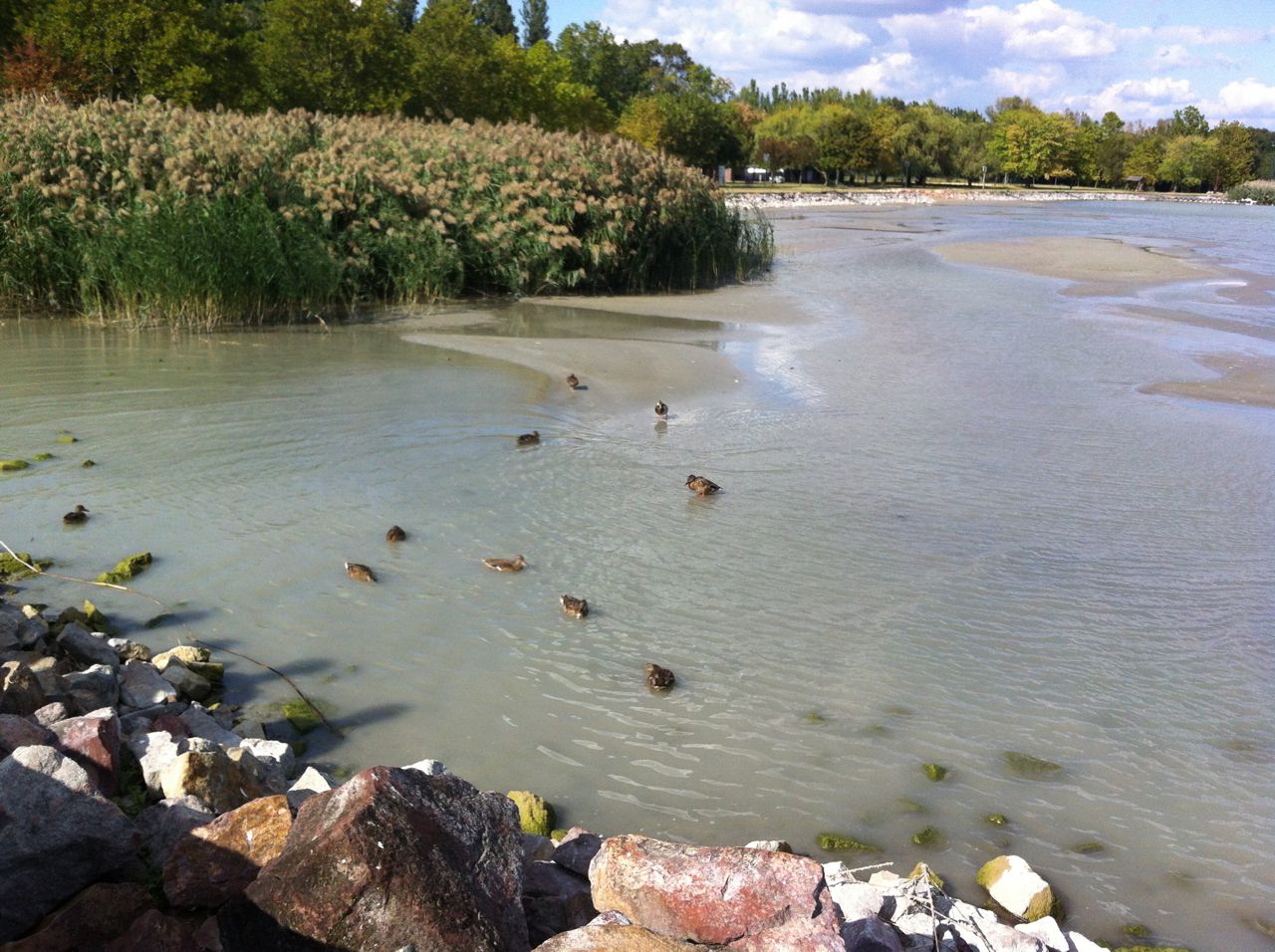 This is a Little Balaton, a bird sanctuary. All the birds were either hiding in the vegetation or were to far for a good photo. 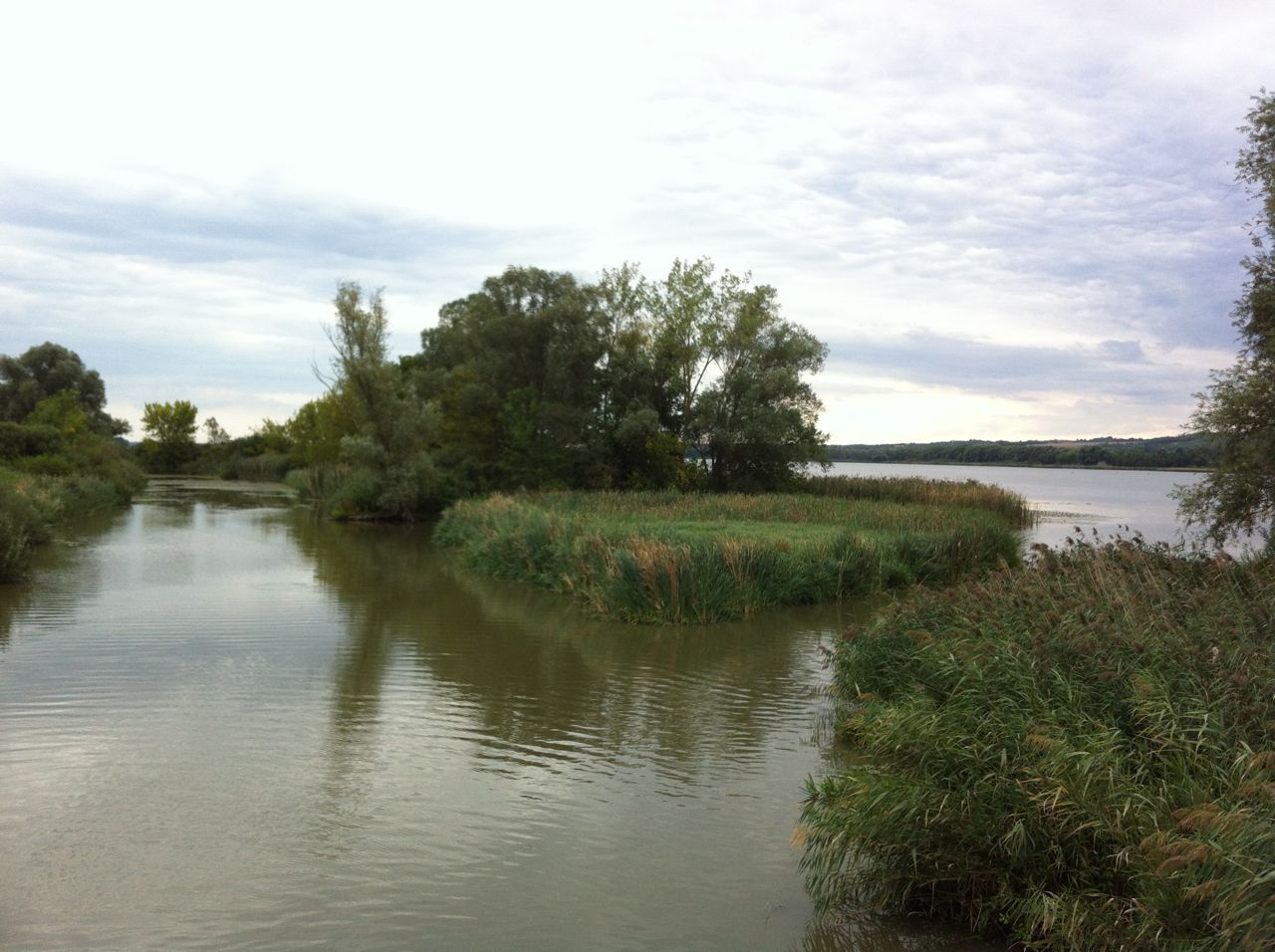 Ten weeks were over too soon and it was time to return to Heron, our other home. Saying good byes was very hard and emotional, but we both started to miss the sea and warm Caribbean weather.

Journey back was long, Air France changed one of the flights and made us travel through Paris from one airport to another by bus with all our luggage. I almost swore never to fly with them again, but then they made up for it on the flight from Paris to Martinique - with unlimited quantities of red wine, good food and lots of space to sleep in half empty plane.

In Martinique we were lucky to find tourist office on airport still opened and the nice lady made some phone calls for us. First she found out that the ferry that brought us from St Lucia wasn't operating due to low season. That meant we would need to take the big regular ferry, but to Castries and not to Rodney Bay. She also booked a hotel for us in Fort de France, right next to ferry dock, so we wouldn't have too far to go the next day. Hotel was not very good, but we were really tired and slept well and long. Next day was Sunday and everything was closed in Fort de France. We finally found a cafe to have a drink, and then had a snack in McDonalds !!! The only other restaurant that was open was way to pricy. I never thought i would eat in McDonalds, let alone in France!

The ride to St. Lucia was bumpy and lots of people were sick. Not us, of course. After spending at least an hour in customs and immigration, we finally made it to marina at 6.30 in the evening. Marina office was already closed and only security people were around. And noone with the boat to take us and our suitcases to the buoy to Heron. After a while captain found a water taxi. The ride was expensive, but cheaper than hotel, which was our only other option.

We found Heron in great shape, we were happy that all was ok, there were hardly any traces of mold. All the cleaning and preparation work we've done before leaving certainly paid of.

Next day we spent on floating dock in marina. Here is Heron, still without sails, but already with bimini and sprayhood - shade is essential - and anchor. 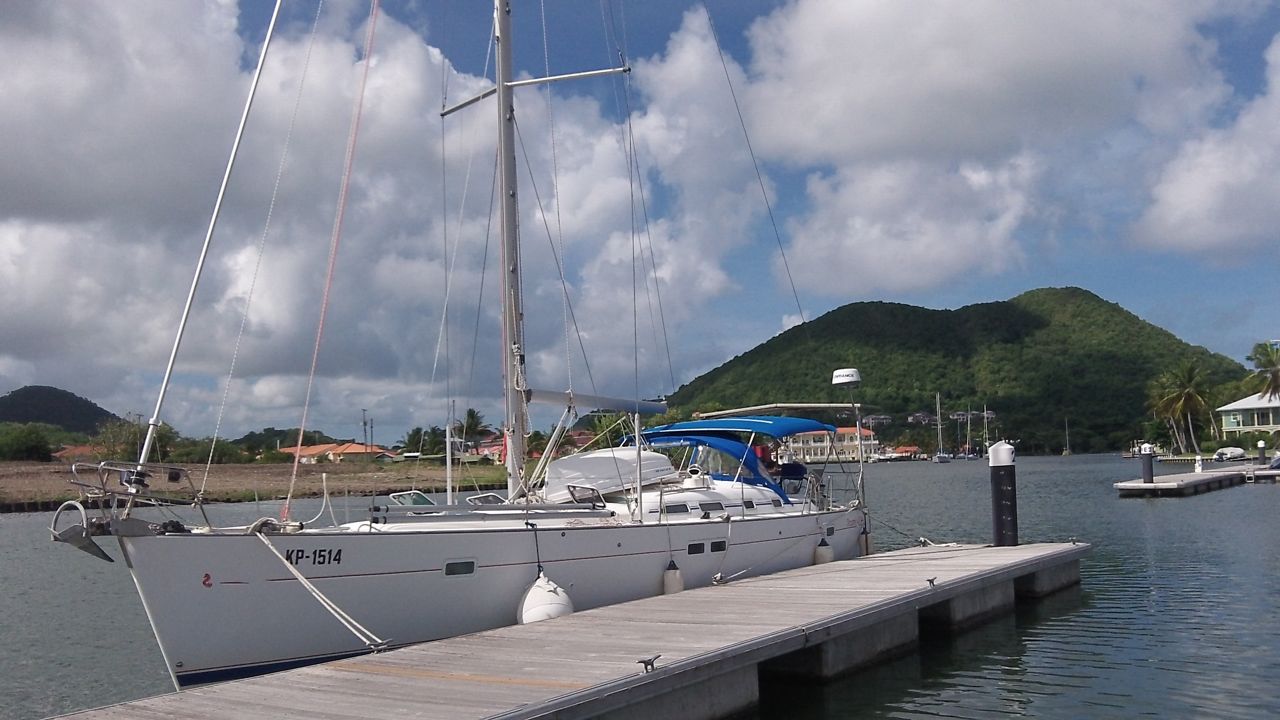 The rest of our floating dock. 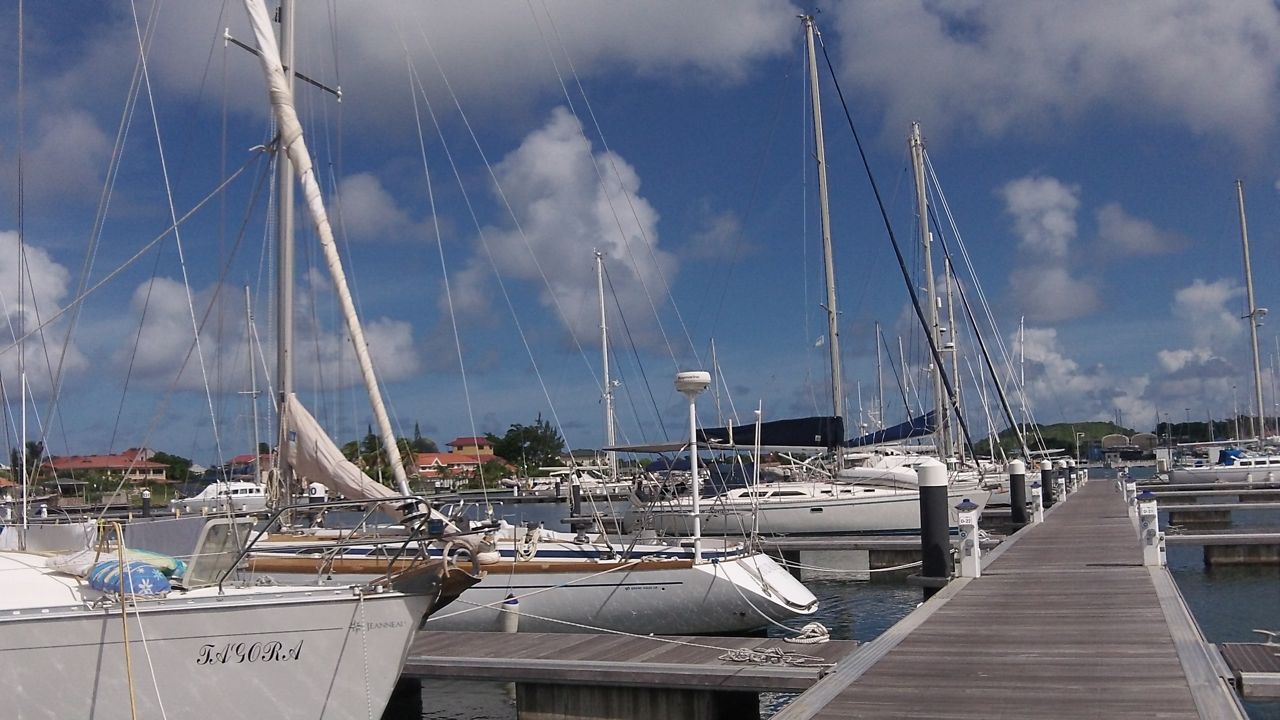 On Tuesday we moved out to the bay, to have clean sea around us to swim. We had two beautiful days, with perfect caribbean weather.

And today we are "on hard" - early afternoon Heron was lifted out of the water, was scraped and pressure-washed. In next days she will get two new coats of anti-fouling paint. Hopefully we will survive couple of more days living in the boatyard.
Posted by Heron at 12:21:00 AM No comments: