Sailing from Krk to Kornat and back - part 1

Oh boy, what a summer! In first weeks of July we had a major project going on in our house - we were installing a heat pump for warming the water and the house, instead of liquid gas that we had until now, and it was a huge undertaking, with many contractors running in and out, making noise and a lot of mess. Shortly before that Captain burned his arm and was pretty much incapacitated to assist with what was going on. Luckily, it was all finished by last week in July and Captain's arm healed so far that we were able to finally start our holiday.

It probably will not come as surprise - we went sailing again. On Friday, 24th of July we drove to Krk and set sails immediately. We made it to Vela Luka that evening. It was incredibly hot, at 9 in the evening it was still over 30 deg C. Even the sea was very warm, it cooled us down a bit, but not the boat.

Next morning we set sails, general direction South. But wind was weak and in the afternoon we ended up in small bay Uvala Zaklopka on East side of island Cres. Bay was pretty small and narrow, but quite deep. But we liked it, and also the fact that we were the only boat there. 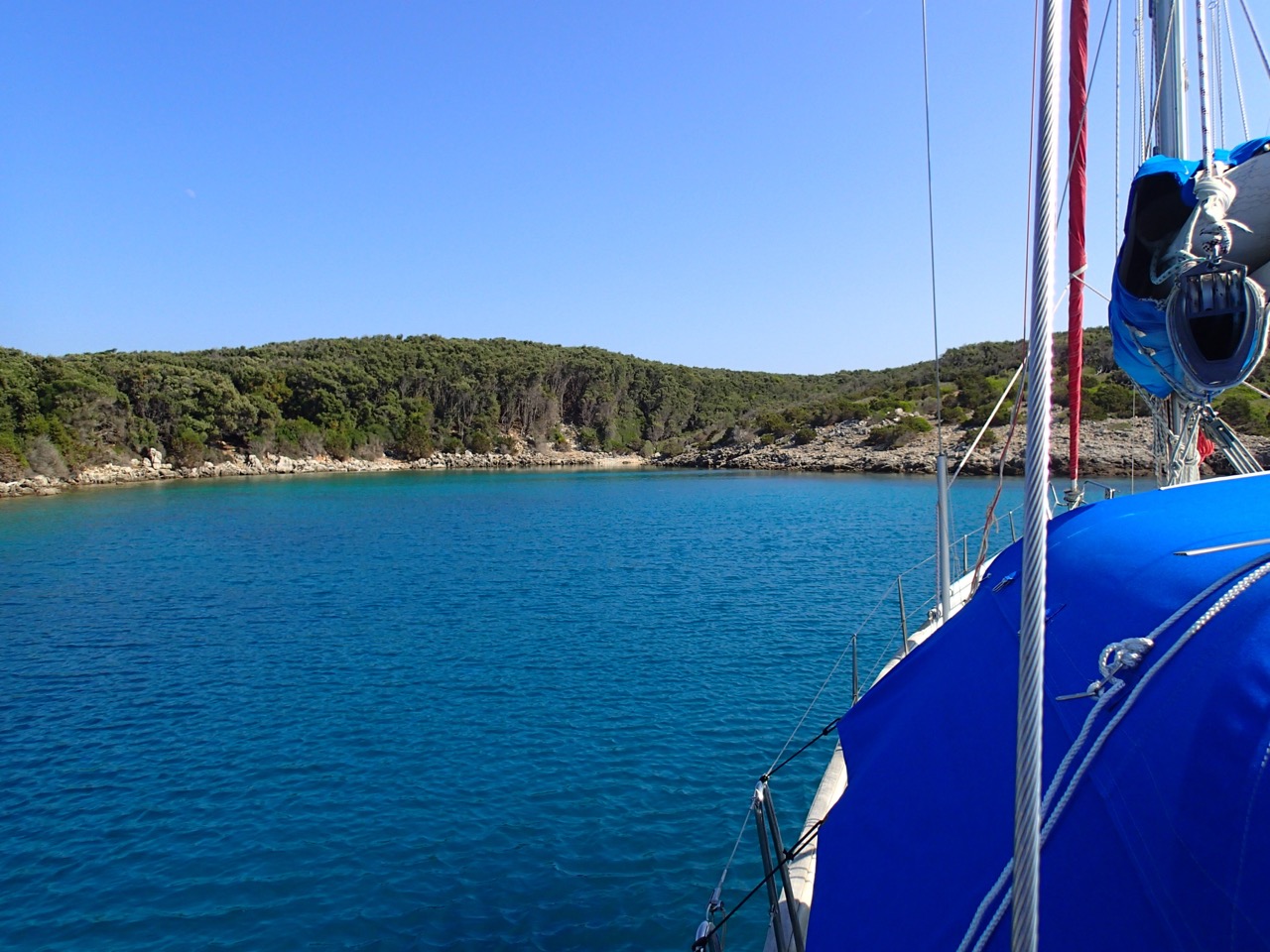 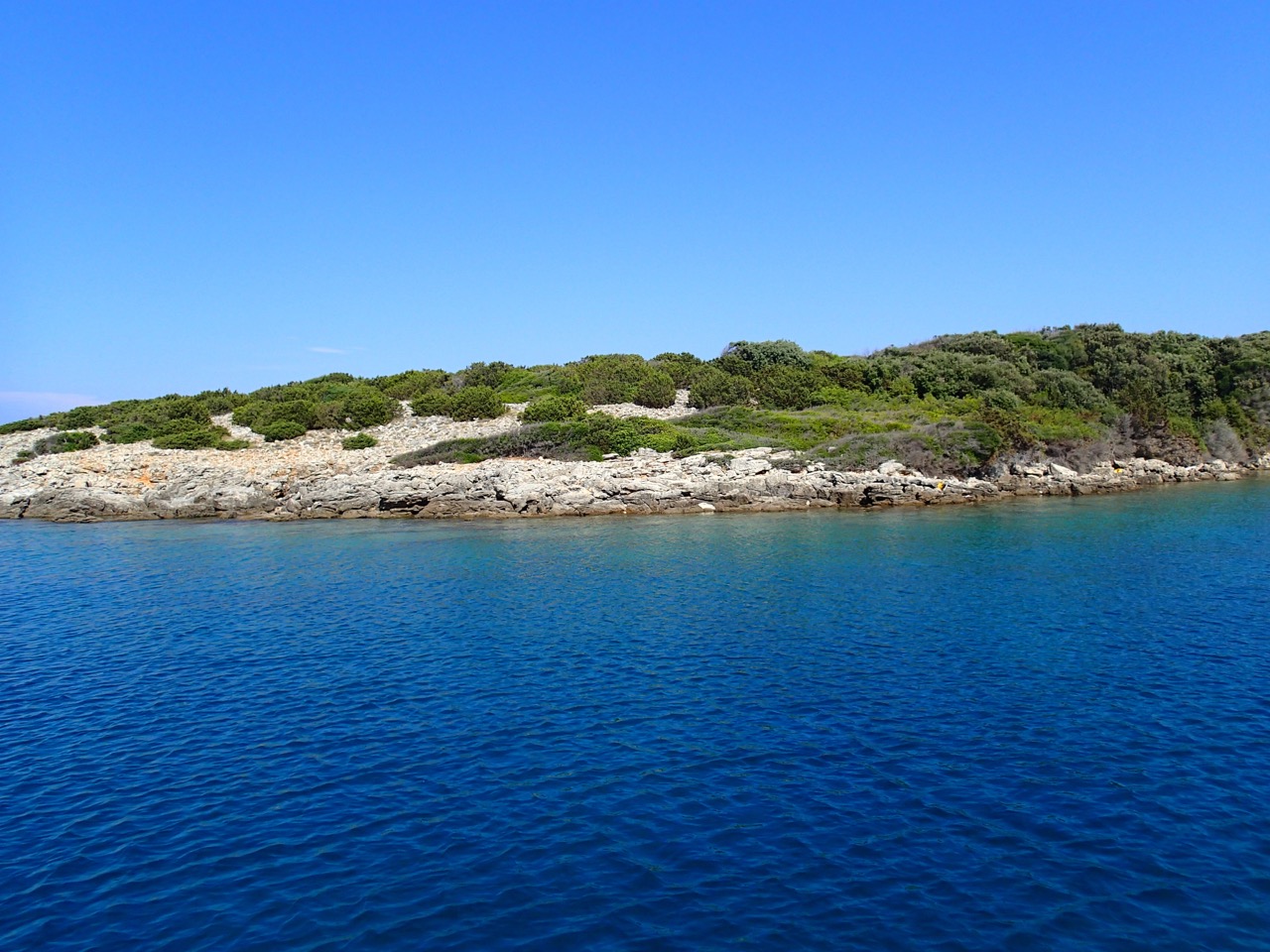 I went snorkelling, partly because I haven't been snorkelling for a while and partly to see how deep the water was near the shore and if there were any rocks we should be aware of. Stronger NE wind was forecast for next morning, the bay was open to the North, so we wanted to know, it Heron is safe if wind pushes her around the bay.

There was not much to see under water, the only discovery was this Blackheaded sea dragon - the name is directly translated from Slovene name Črnoglavi morski zmaj, that I've seen for the first time. As it sometimes happens, the memory card in my camera got full just before this guy started to pose. Hope to find him again next time to make some better photos. 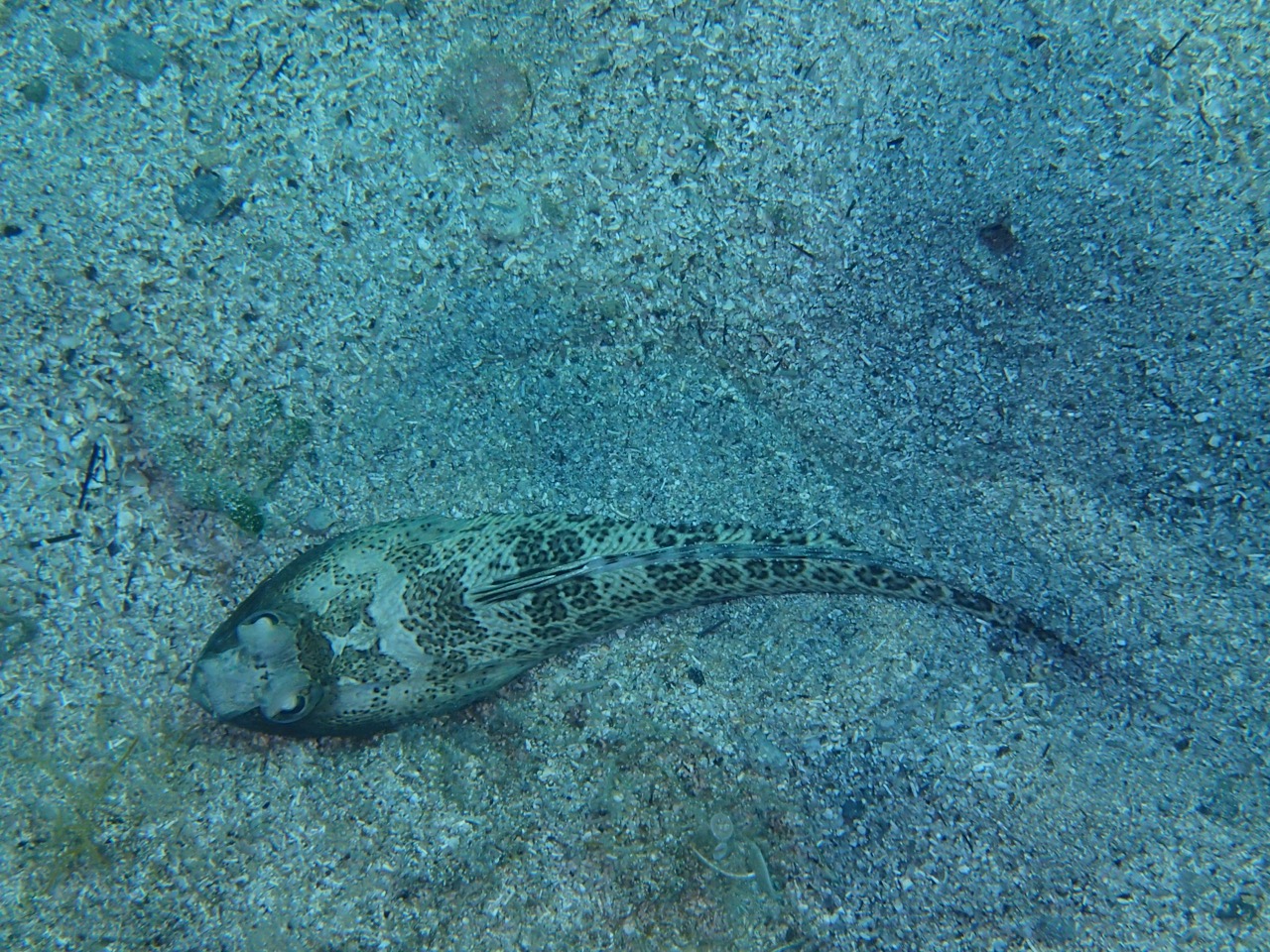 I was pretty happy with water depth, it looked quite deep almost right to the shore, so we decided to stay. We had BBQ in the evening, and a couple of beers, and slowly all the stress from past weeks seemed to disappear.

Until next morning. I woke up early and realised it was still almost dark. I heard Captain running to the cockpit. All of a sudden I felt how Heron was violently pushed to the side. Luckily anchor chain stopped the movement. In next moment boat was pushed to the other side, again with huge force. I never felt such acceleration on the boat. I jumped out of the bed and met Captain on the stairs. He was coming to tell me he needs my help as we had to get out of there quick. When I came outside, the first thing I noticed was how close to the shore Heron was. It looked scary. Strong wind was blowing from the North and in a matter of minutes waves with white caps started rolling into the bay. Captain ran to the anchor winch, I started the engine. With lots of RPMs we were able to steer the boat into the wind, lift the anchor and leave the bay. Captain ran into the cabin to put on wet gear, in the meantime I steered the boat away from the coast. It also started to rain. We turned the boat towards South, got out a really small piece of genoa and life became a bit more comfortable. Wind was blowing with over 40 knots, wind gusts were even stronger, and running with the wind is the best thing to do in such a weather. We decided to sail to South side of Cres to Luka Jadriščica, only 6 miles away, to get into the calm water. I went back into the cabin, there was no need for both of us to get totally wet. When I was laying in my bed (with frequent jumping into the air, caused by waves), I was thinking how many things could have gone wrong. If the water wasn't deep enough and there were rocks near the shore, or our anchor chain have been longer, we could damage our rudder or engine prop, in that bay that would have meant that we would not been able to get out by ourselves. Or if our anchor didn't hold, Heron would end up on the rocky shore. I was also thinking how well we both know what to do in such cases, how well we know our boat, how reliable our anchor is and how well we are able to estimate the right length of the anchor chain. And how we luckily always stove away things inside the boat, so nothing falls down or is thrown around in situation like this. This is probably the most difficult thing for non-sailors or occasional sailors to understand and accept. And it even doesn't need to be a storm like this one - it can just be a big Italian motor boat making huge waves in a quiet anchorage, and if glasses, cups, or even computers and phones are not in secure places all the time, they can fall down and break.

We didn't stay in Luka Jadriščica long, only to get some sleep. Storm moved South, wind turned to NE, but it was still strong and waves pretty uncomfortable. But the sun was out again and we (well, it was actually me) figured out, we could do with a nice sunny afternoon near island of Olib. With sails reefed to second reef we had a fast and bumpy sail there.

We arrived already in early afternoon. After a breakfast Captain took a nap, and I donned the mask and snorkel and went into the water. The small waves managed to get into the anchorage, but water was clear enough for snorkelling. And Olib didn't disappoint.

I thought it was funny how this Sea squirt (kozolnjak) ... 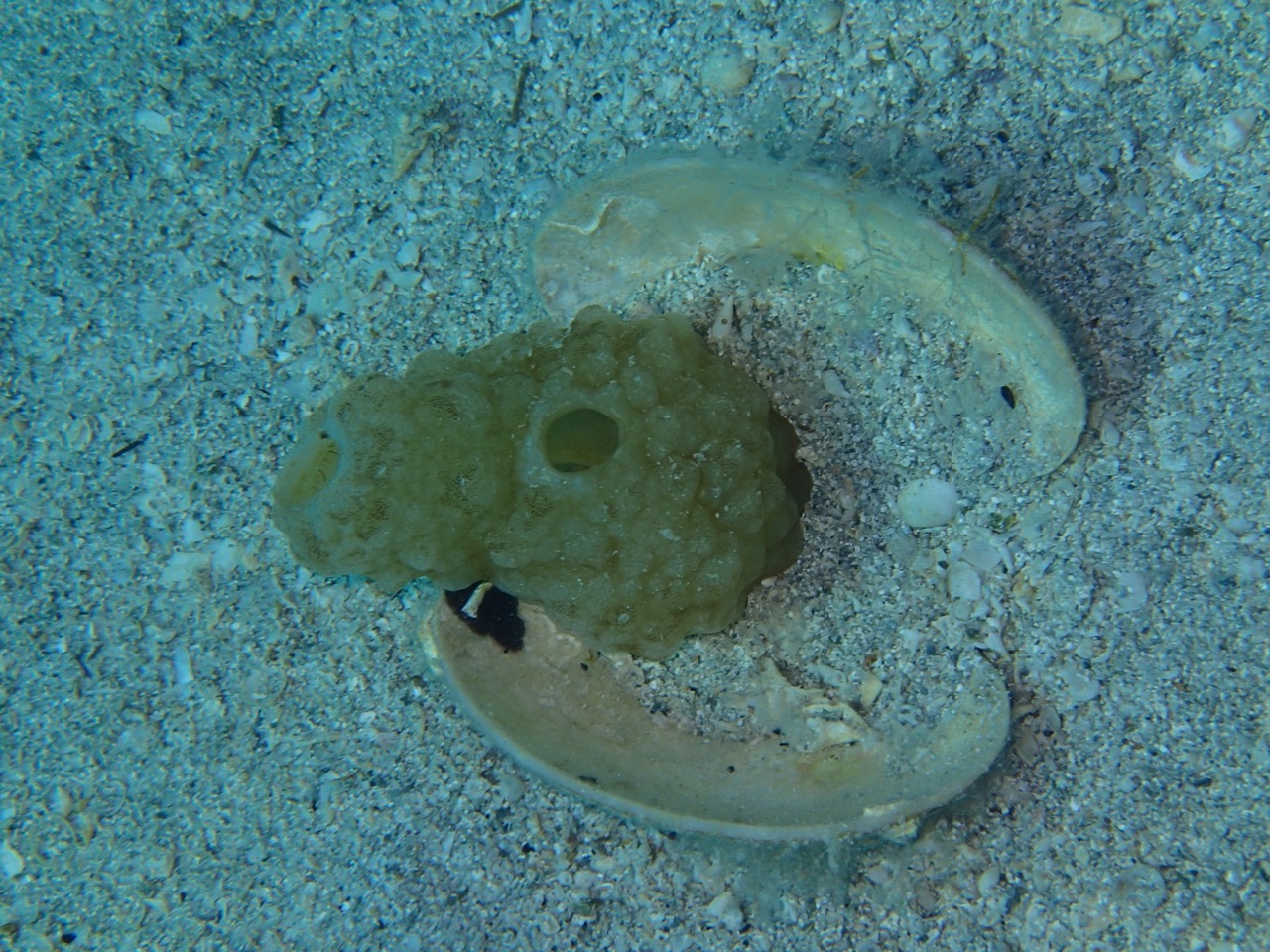 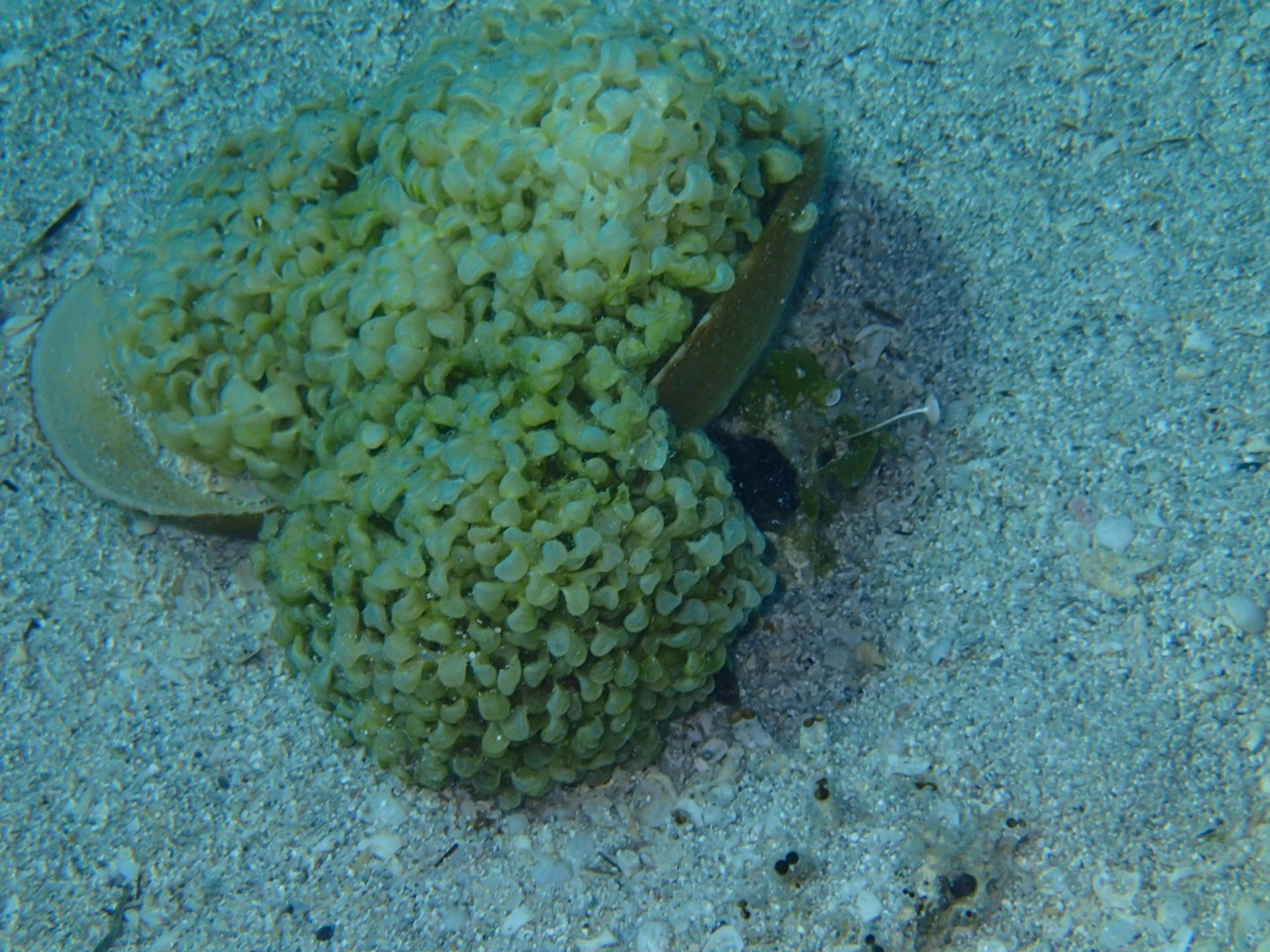 Here is something I haven't seen before - it is a small orange worm, that lives in white tubes, the Keelworm (Trirobi cevkar), growing on a yellow sponge. 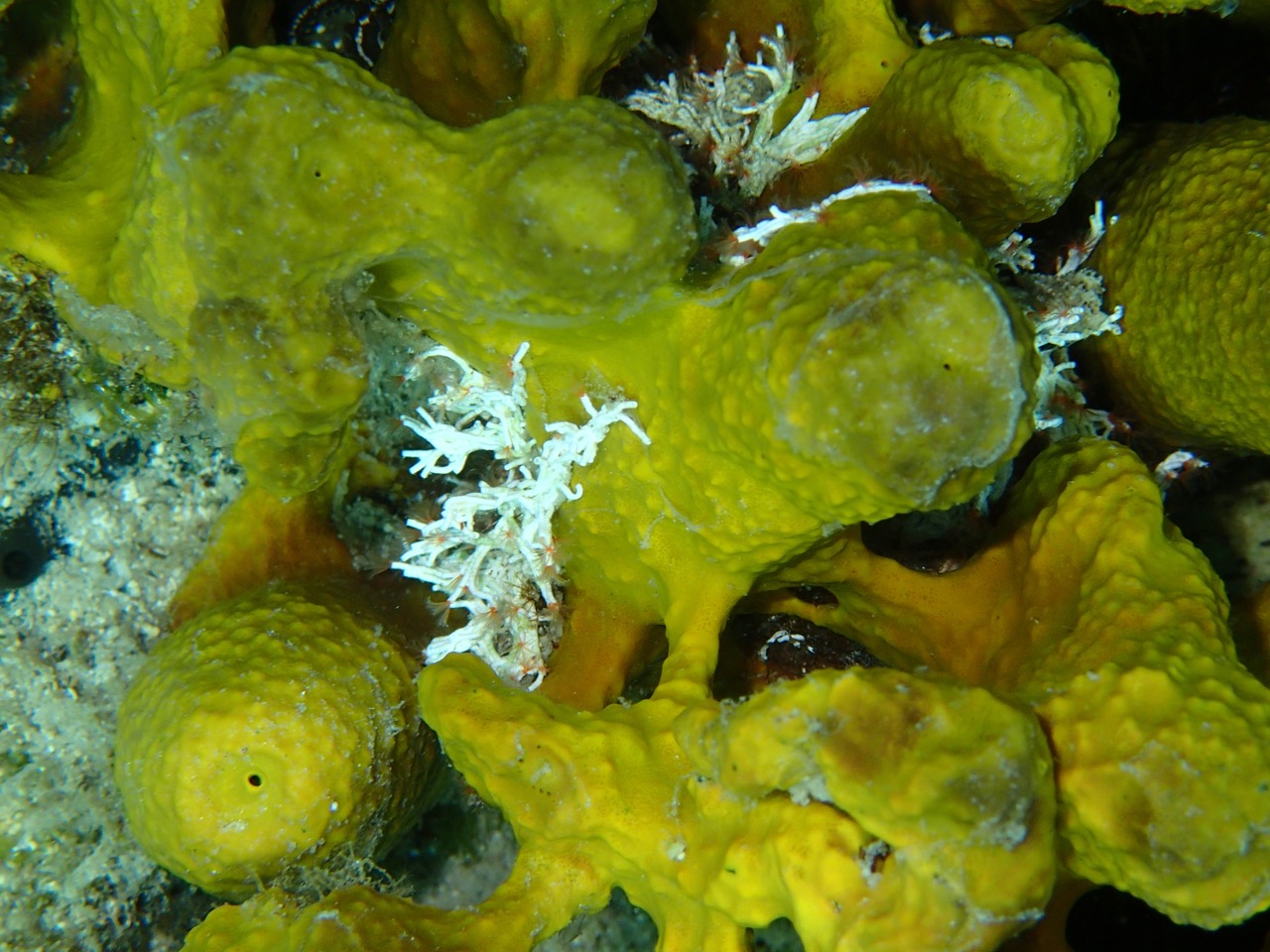 When I was a kid, i remember finding lots of these - Comon tusk shell  (Navadni slonov zobček). Finally I got one on camera. 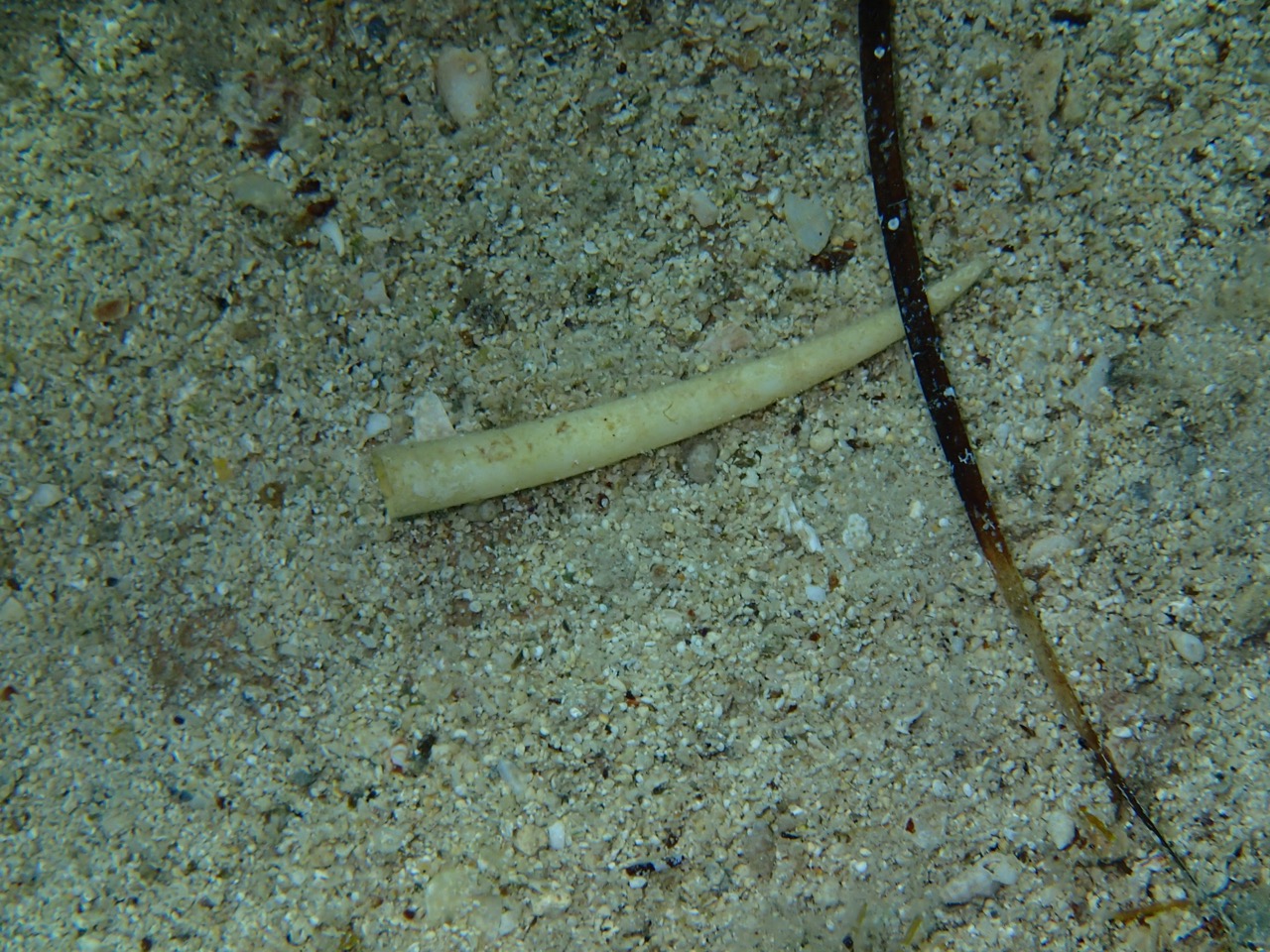 I know I made tonnes of photo of these guys, but this Red Tubeworm (Pisani pokrovčar) was particularly pretty with its blue "lid". 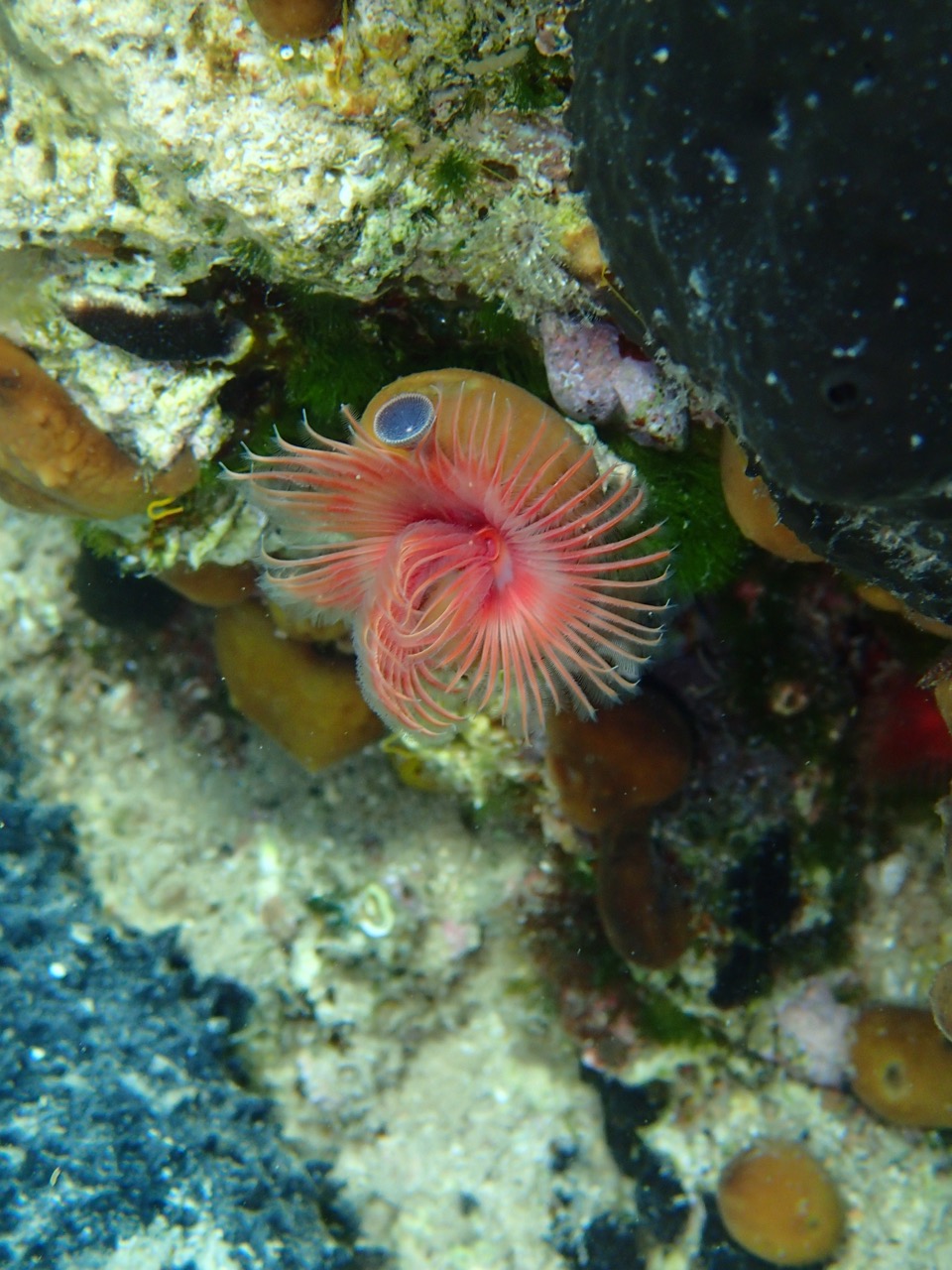 There were plenty of  Gobies (Peščenih glavačev) around, some of them were patient enough for photo shoot. 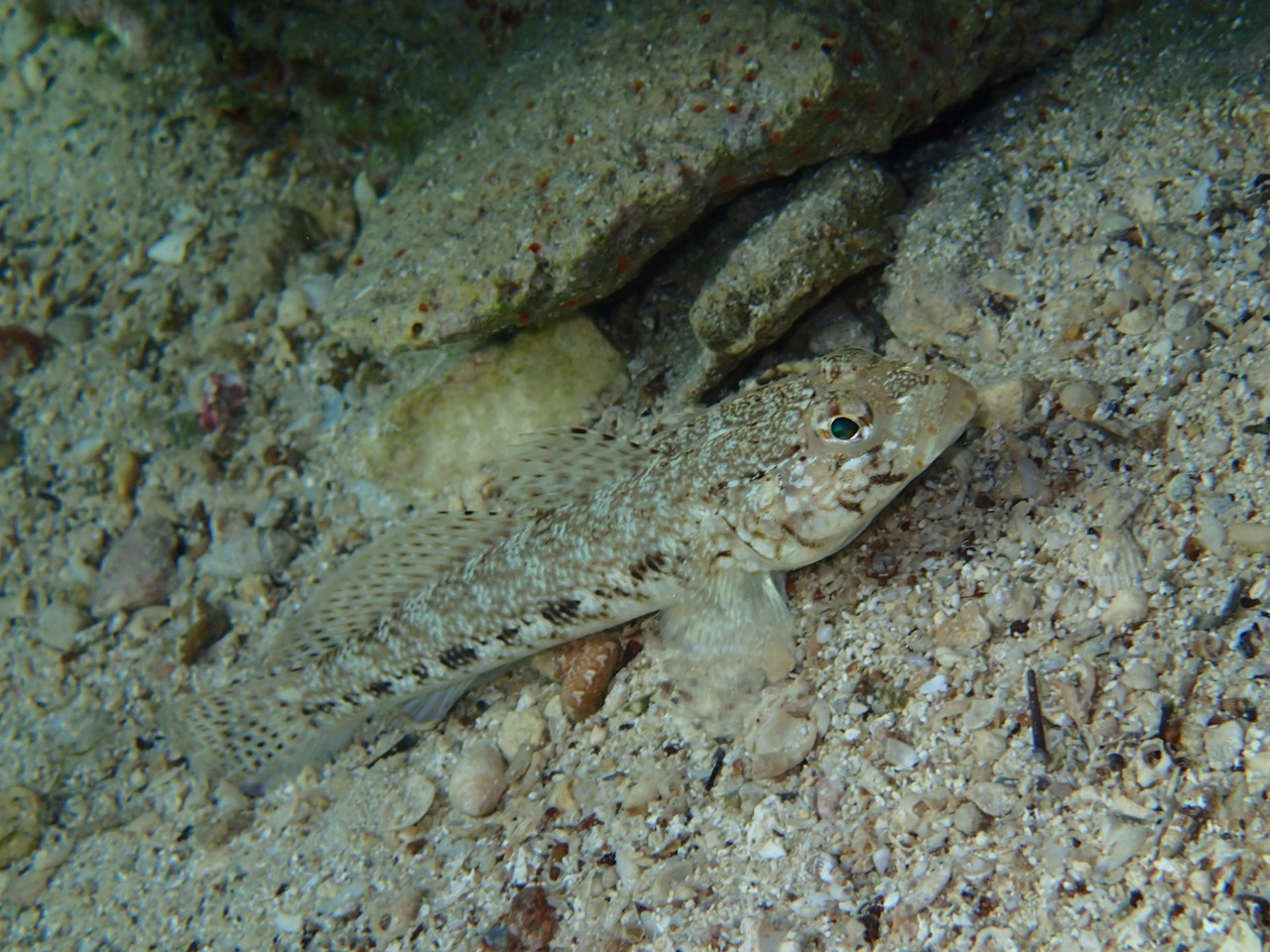 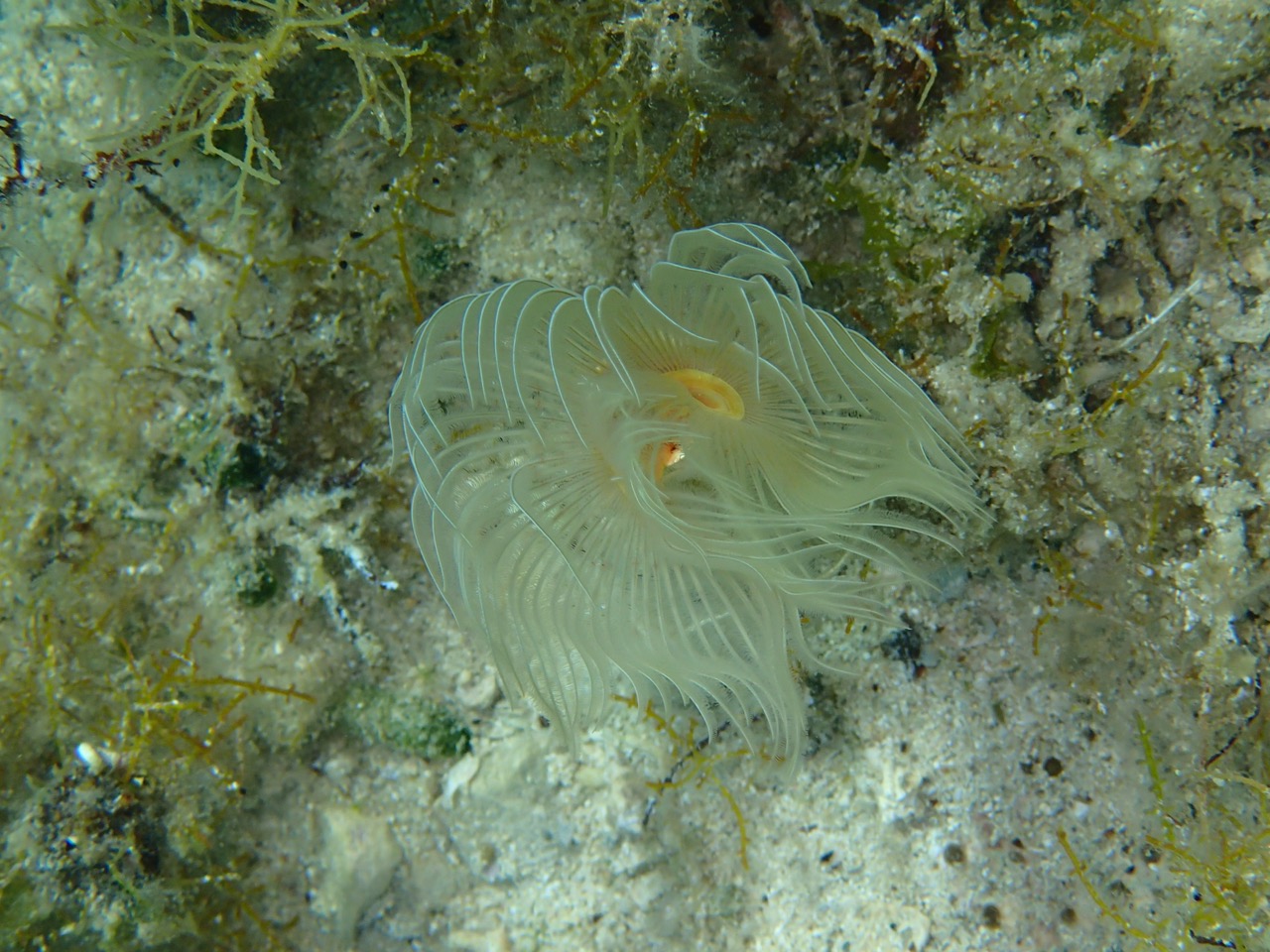 Ear shell (Petrovo uho) is one of the prettiest, I wish to find alive one one day. 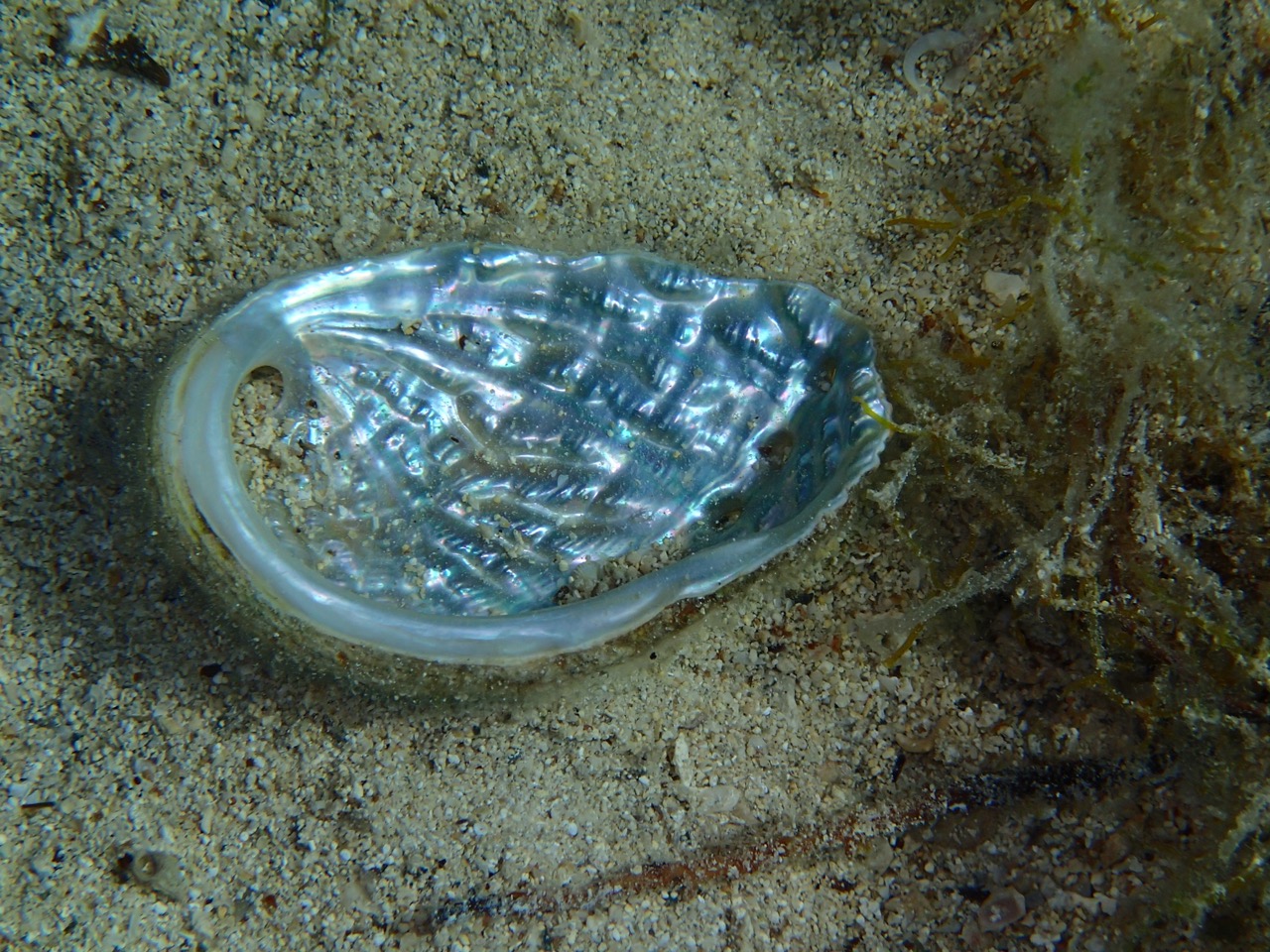 After taking photos of this bright Red Seasquirt (Rdeči kozolnaka, tudi Morska breskev) I realised, it was probably the same one as in photos here from the last time we were here. 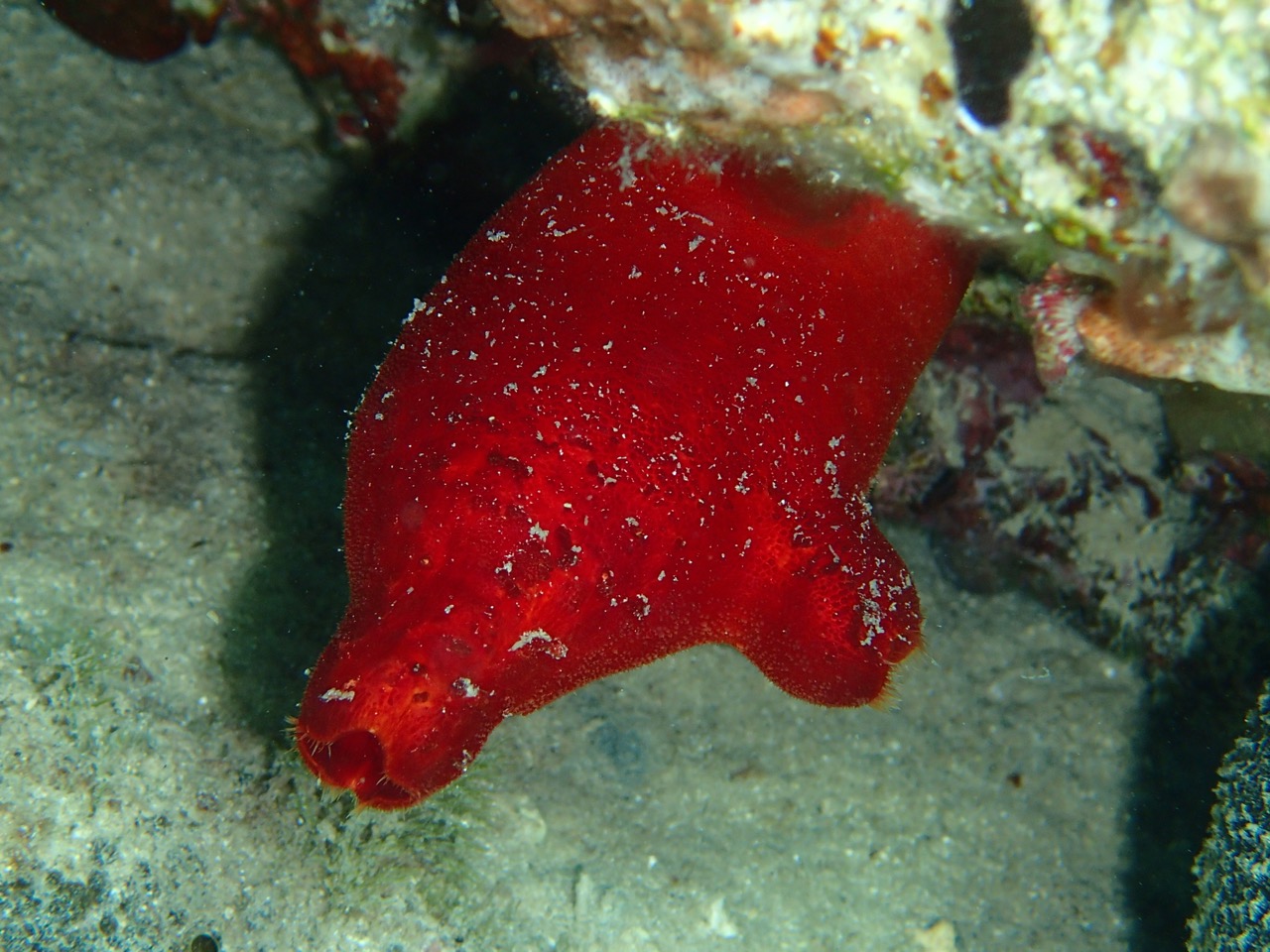 I haven't seen many Stingrays (Navadni morski bič) here in Adriatic, and this one was rather small. Hope it has a chance to grow much bigger. 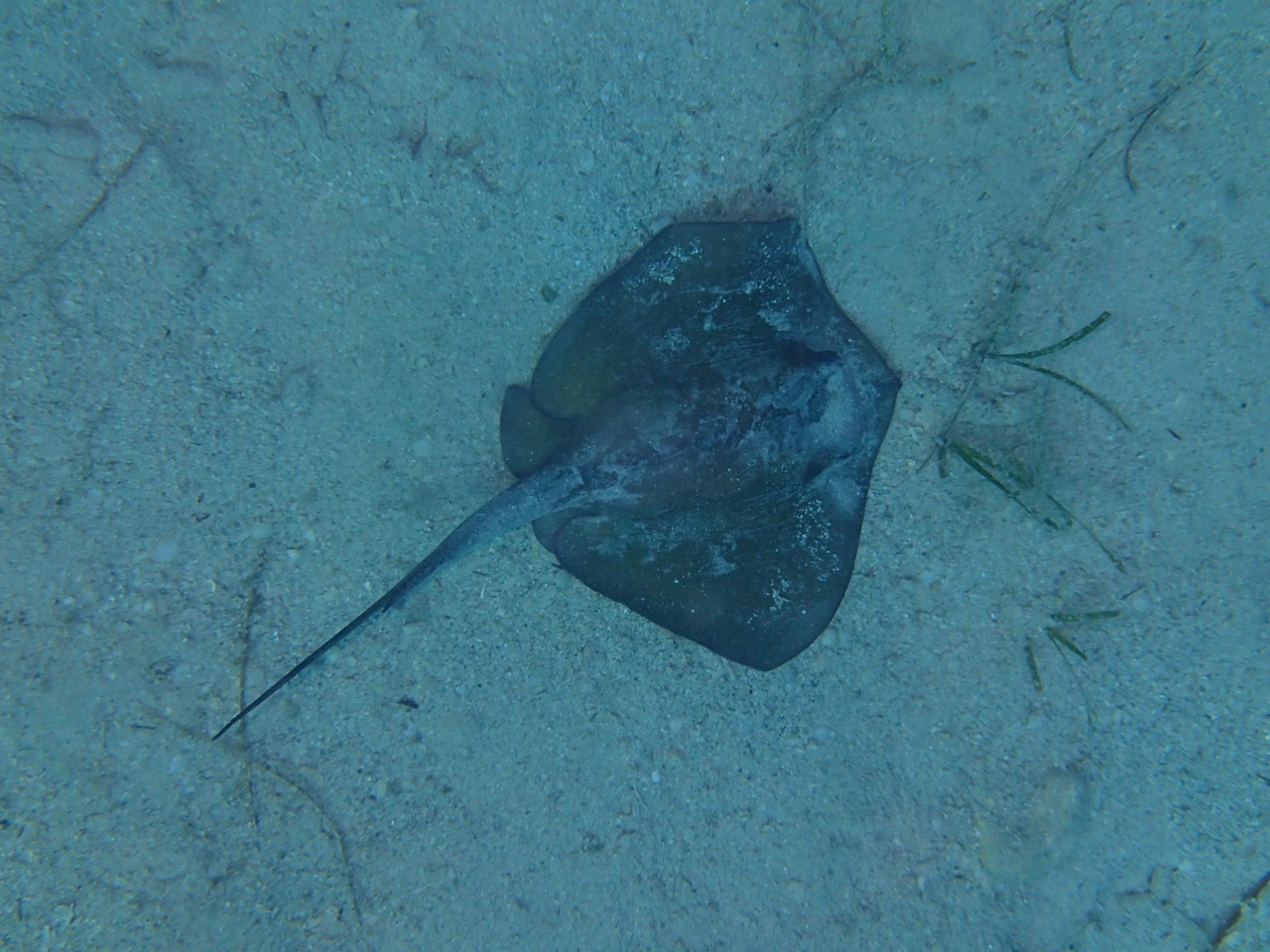 This was my first attempt and it did worked well in my test environment, but when installed on a boat it cut water supply after a while - not after designed time, but more often.
I wonder what is wrong. 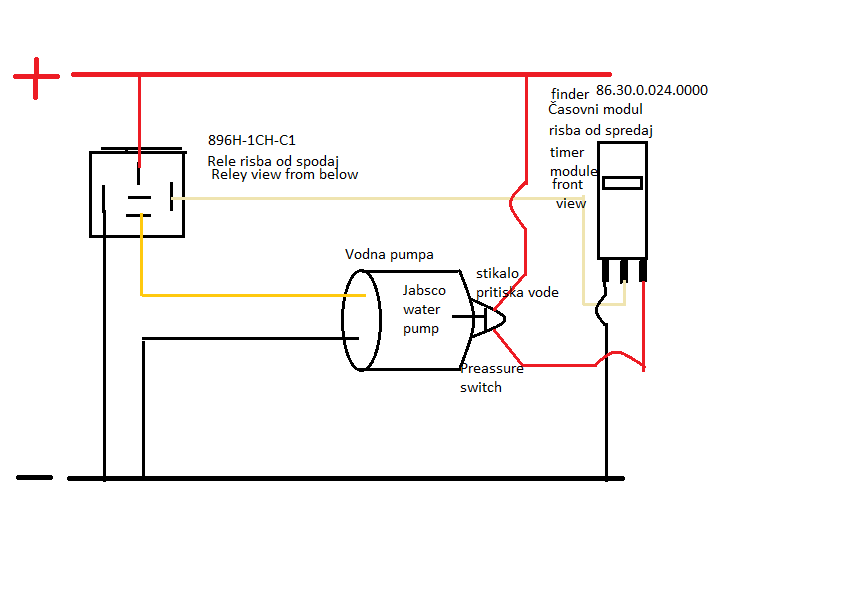 This is how it should work: