Sailing from Krk to Kornat and back - part 2

There is so much happening this summer, I only just found some time to write another post.

The night when we were anchored near Olib was much quieter and calmer than the one before, with no nasty surprises in the early morning. Weather was nice and sunny on Monday. Of course we had to do some boat chores, but there was time enough for me to go snorkelling. These are some of my finds. 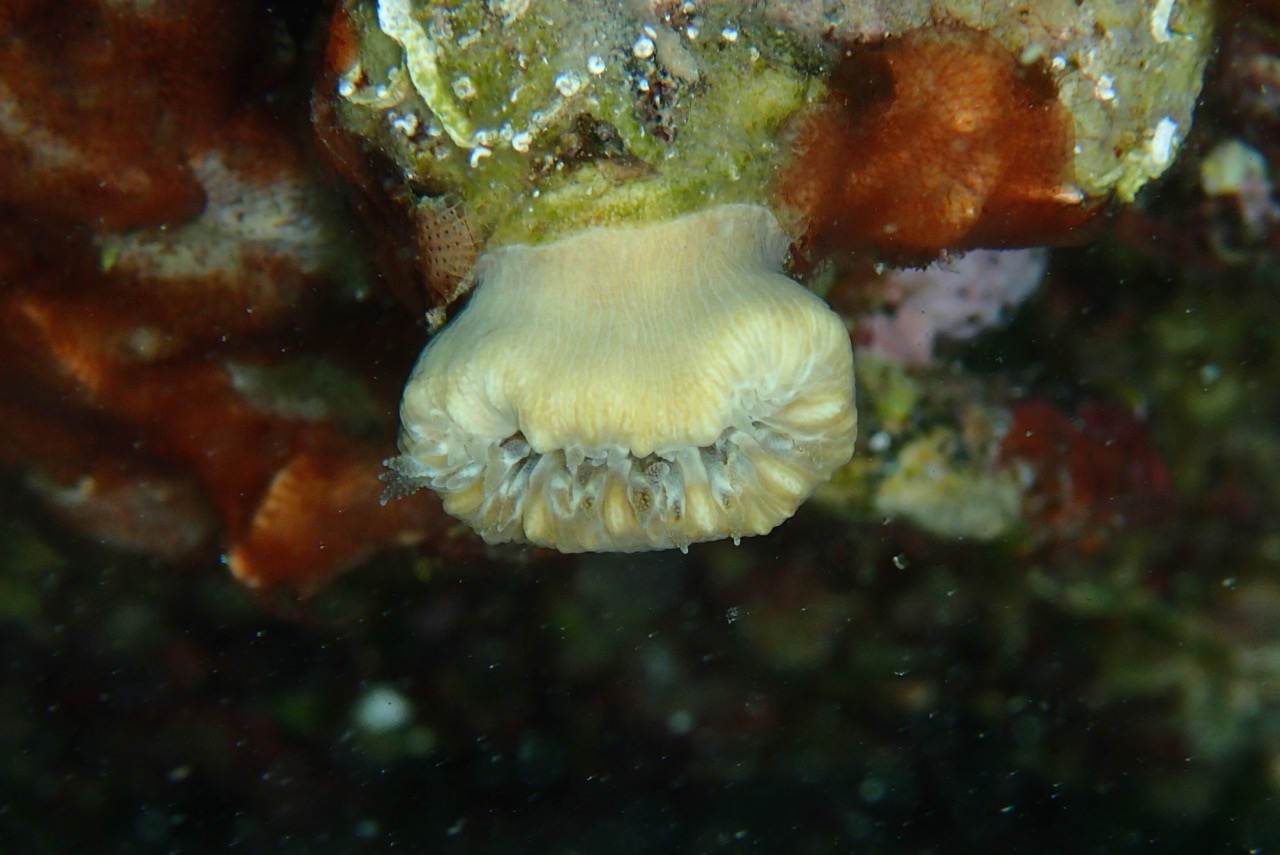 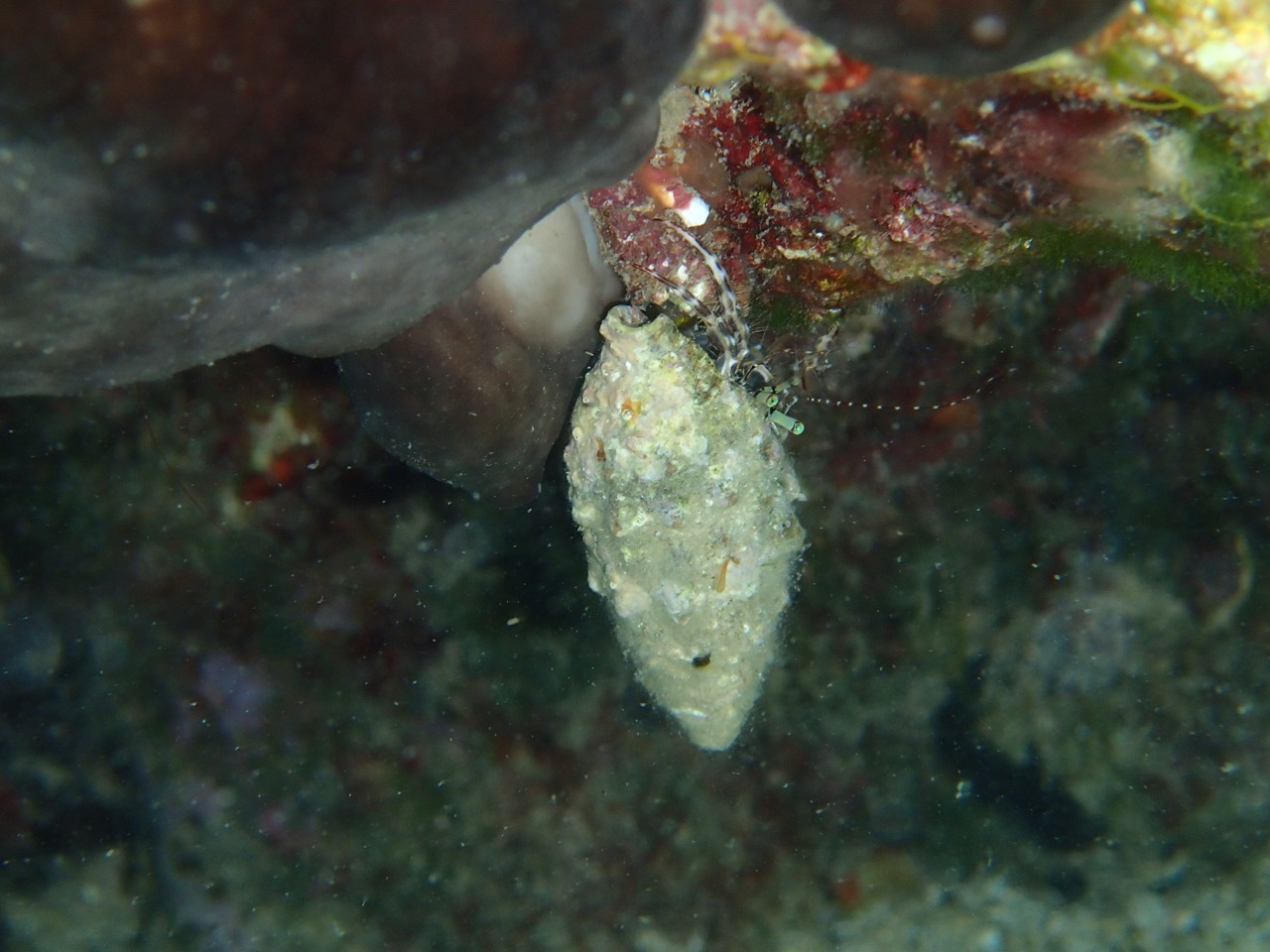 This was one of the weirdest things I saw - this Gobie (Peščeni glavač) was trying to eat some kind of worm, but was having troubles to get the big thing down. I watched for a while, how he shook his head and tried to swallow some more, he obviously could bite it off. And as you see his belly is already looking quite full, don't know where he would put the rest of the worm. Since it was taking some time, I didn't stick around long enough to see how it ended and who won - the Gobie or the worm. 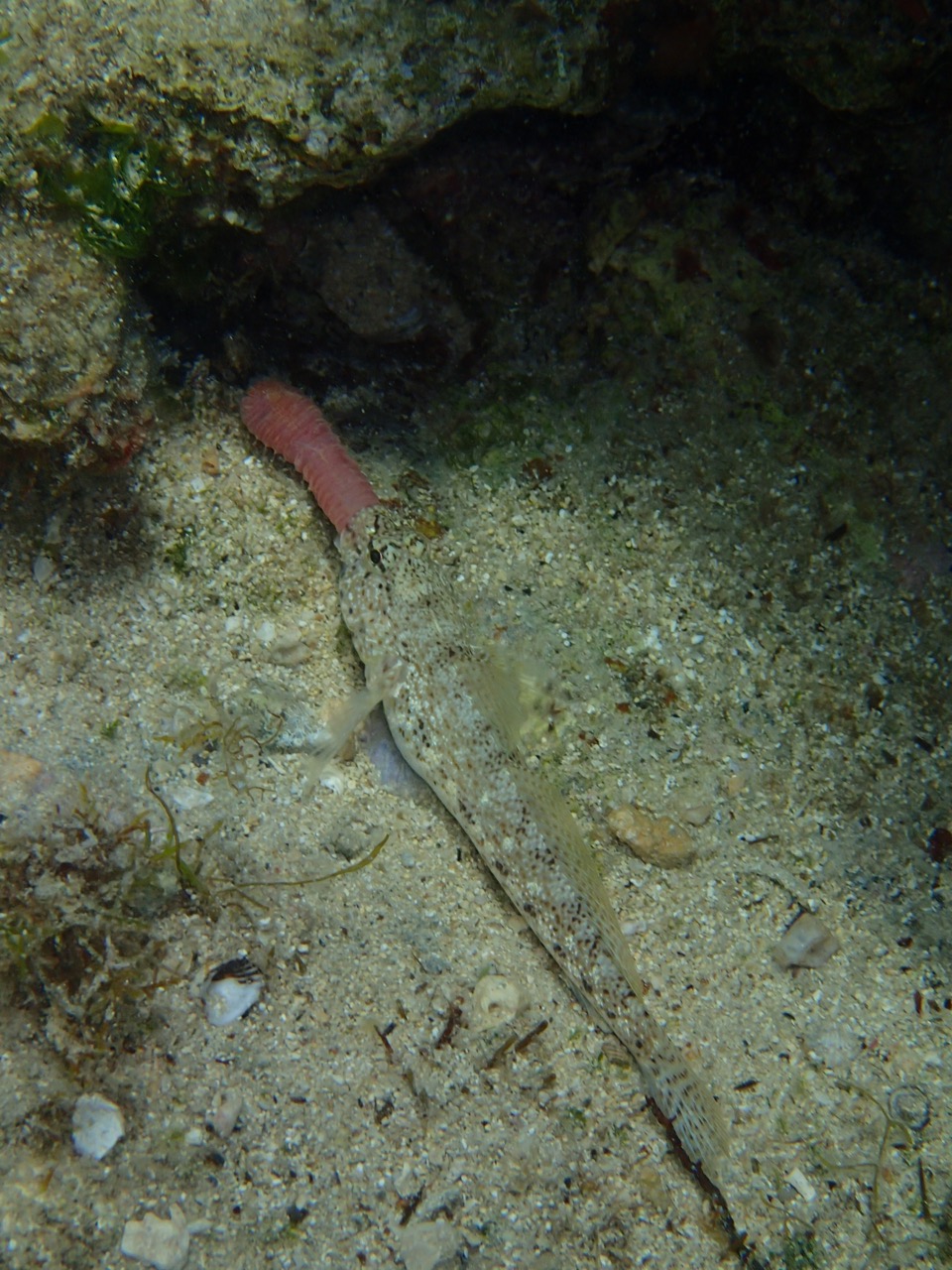 I was quite shocked how very few octopuses were around. Until now I was always good at finding them, but on this entire trip, not just here in Olib, there were hardly any around. But I saw a lot of divers in full neoprene gear and long spear guns swimming in every bay we've been to and I guess they took many of the octopuses. This one was one of the just two I saw in Olib that day. 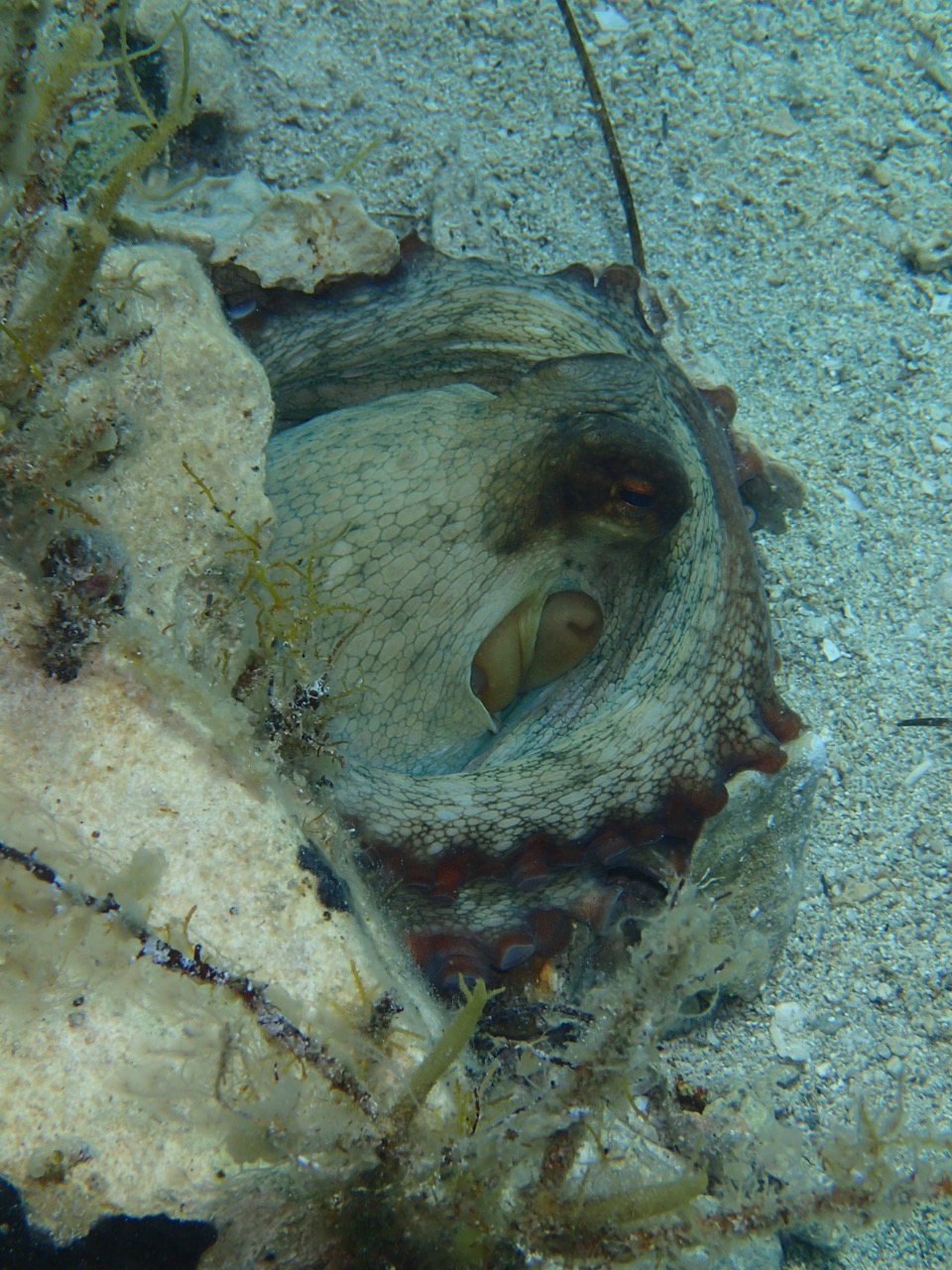 Another funny animal is Sepia (sipa), who also can change colours in a flash. Here she is in lighter and below in darker outfit. 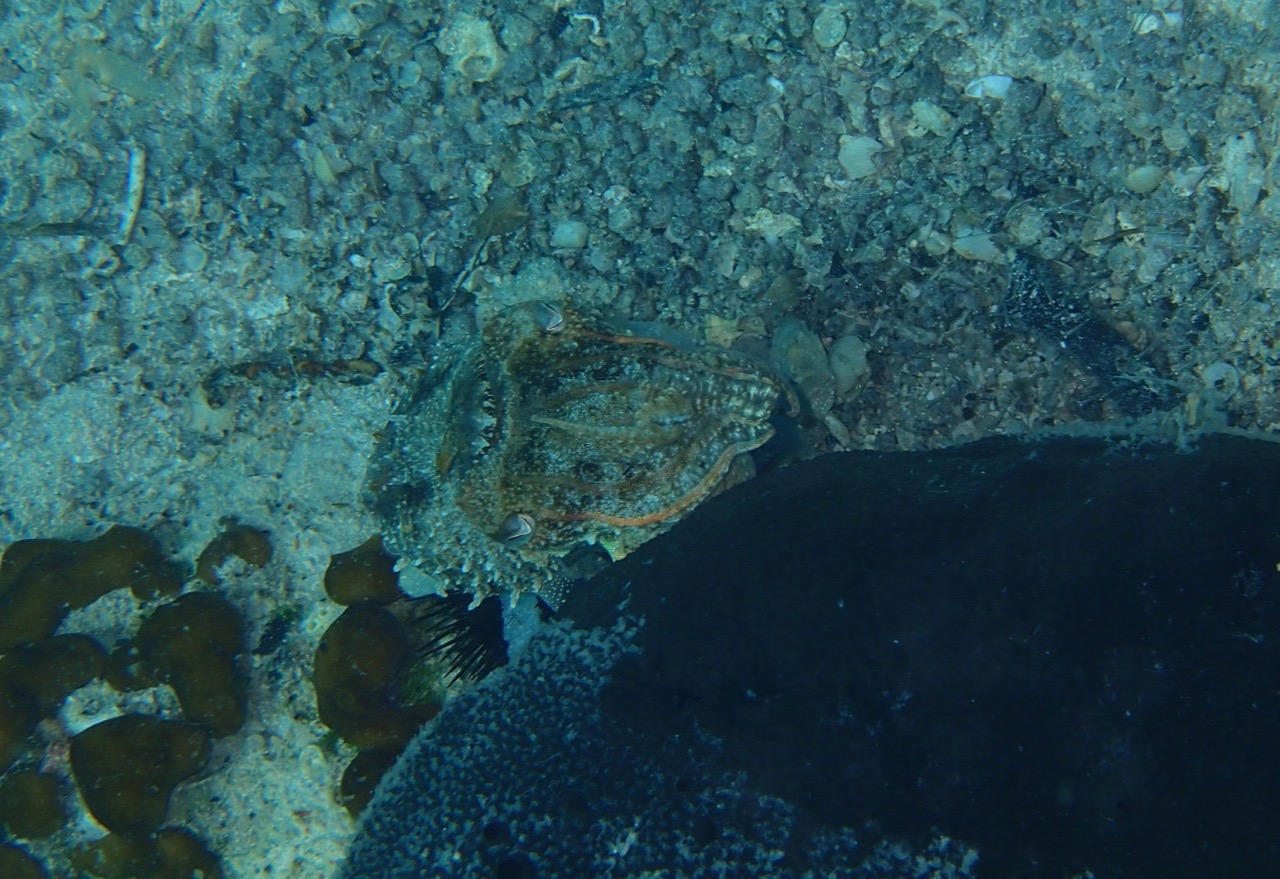 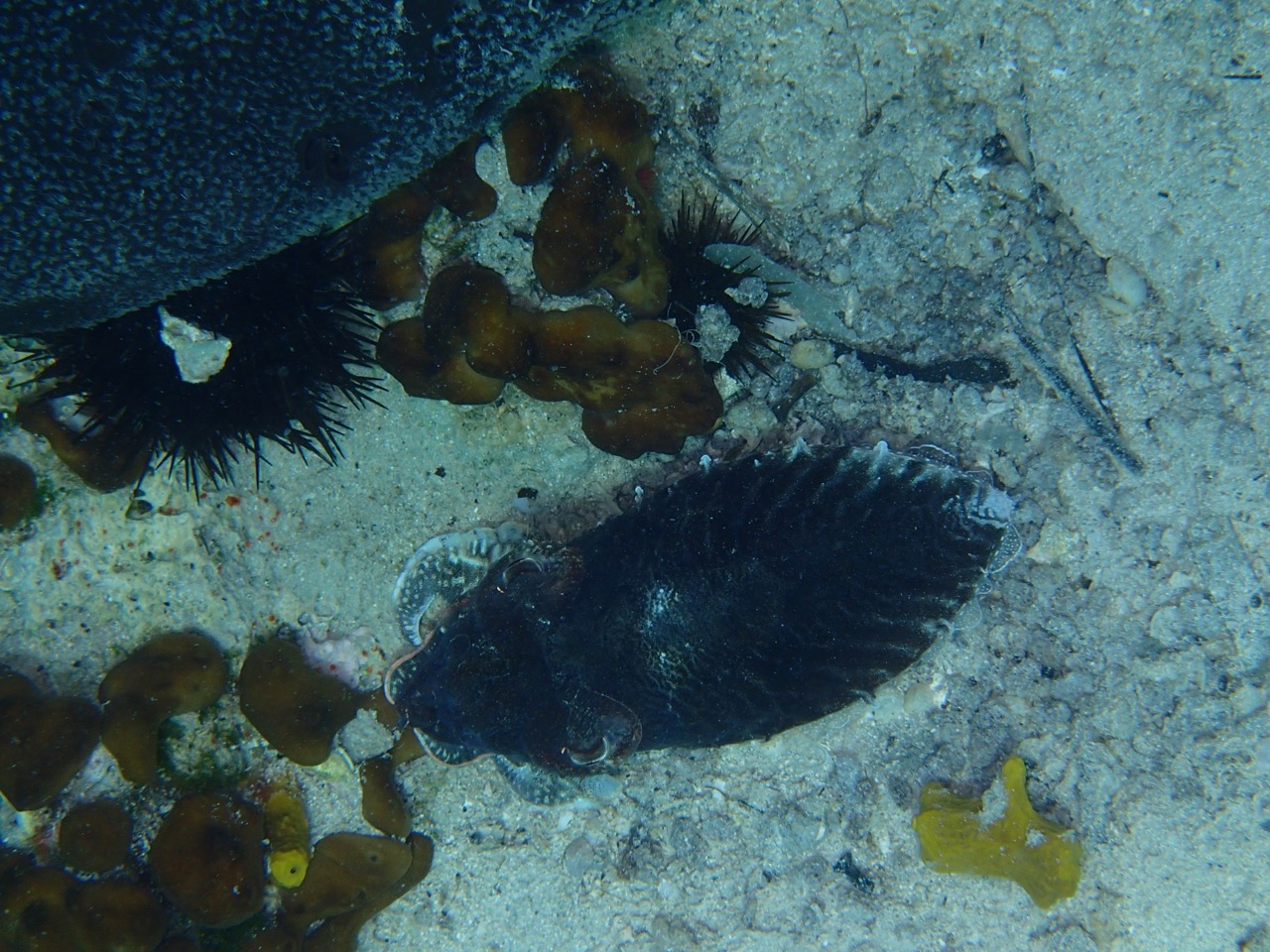 In the afternoon we sailed off, and we landed on Molat, only some 12 miles away. It was again getting very hot, even in the evening. The bay where we anchored was well protected, but full of boats - maybe exactly for the reason. It wasn't exactly my kind of place, way to many people and boats on a small space.

So the next morning we sailed off right after Captain got some fresh bread from the village, and we had breakfast on the way. Next we stopped on the South side of Molat for snorkelling. Place wasn't really protected and holding wasn't the best, but it was pretty and the water crystal clear.

Snorkelling was nice, many of the usual suspects were there, and also this little beauty - I actually photographed the Tube worm (Cevkarja), and only later when I was looking at the photos on my computer, discovered delicate lace to it's right - the Bryozoa called Neptune's Lace in Slovene (Neptunove čipke). I always get so excited when I discover something new. 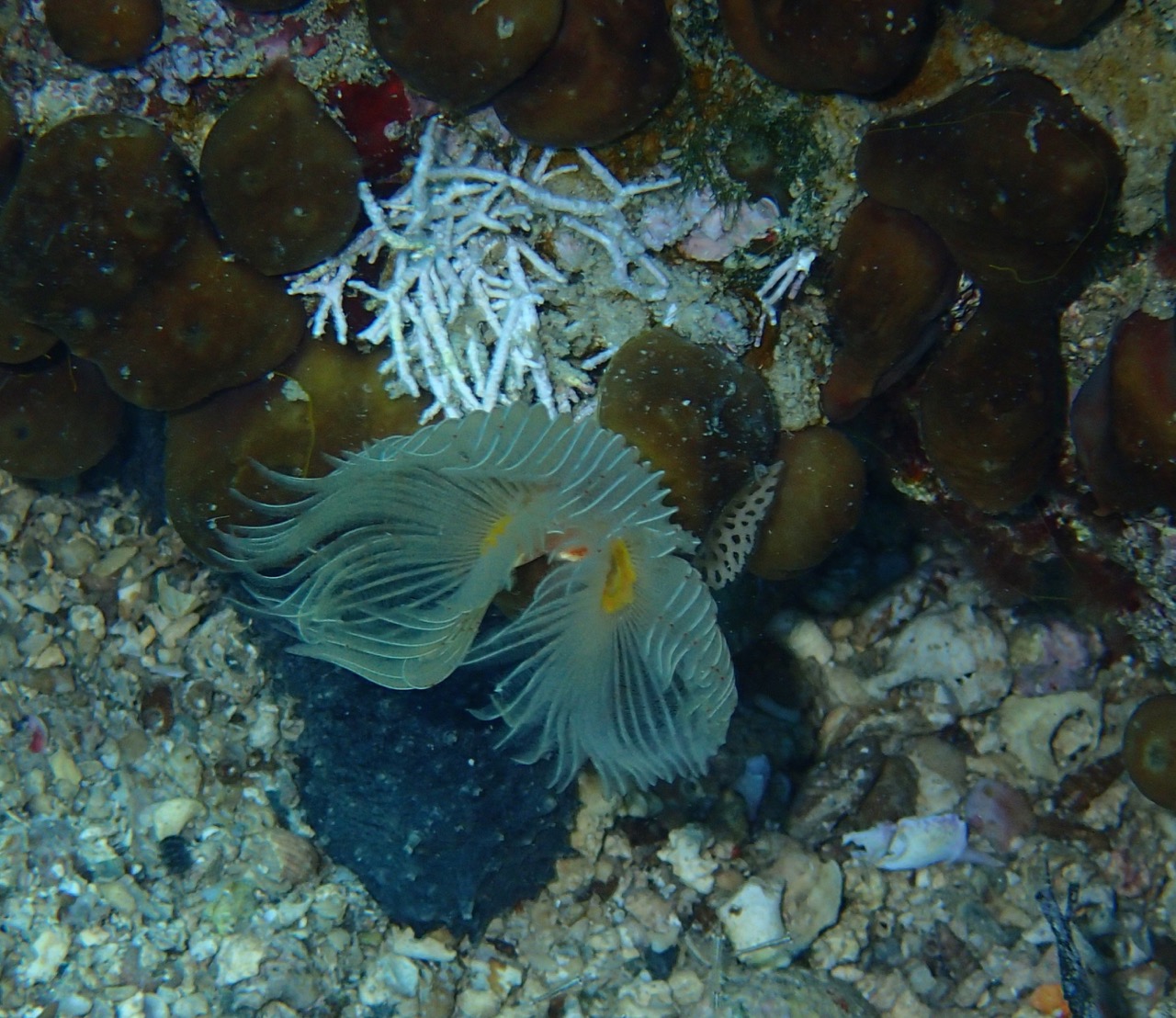 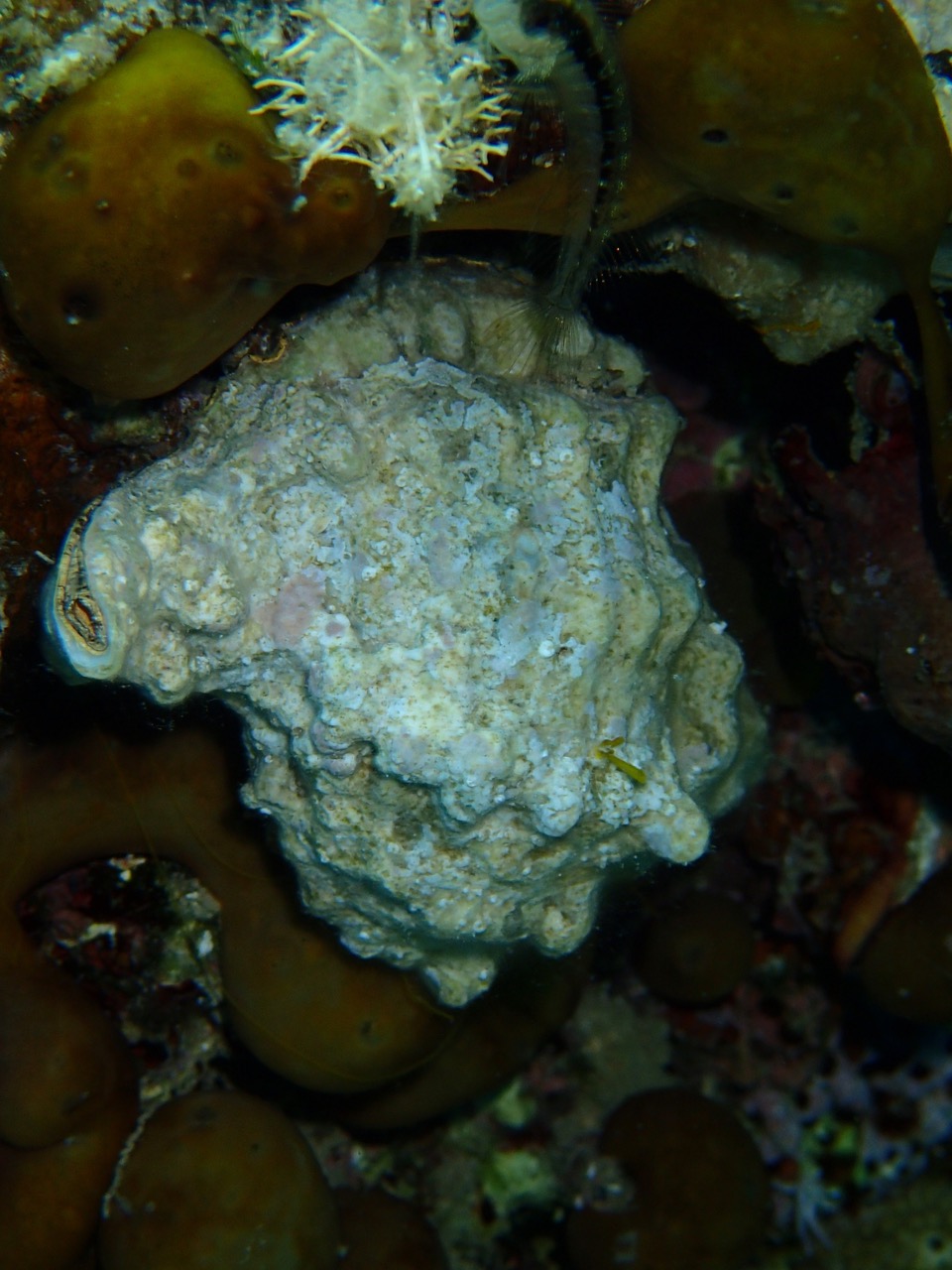 Then we sailed  between Veli Tun and Mali Tun (Big and Small Tuna)... 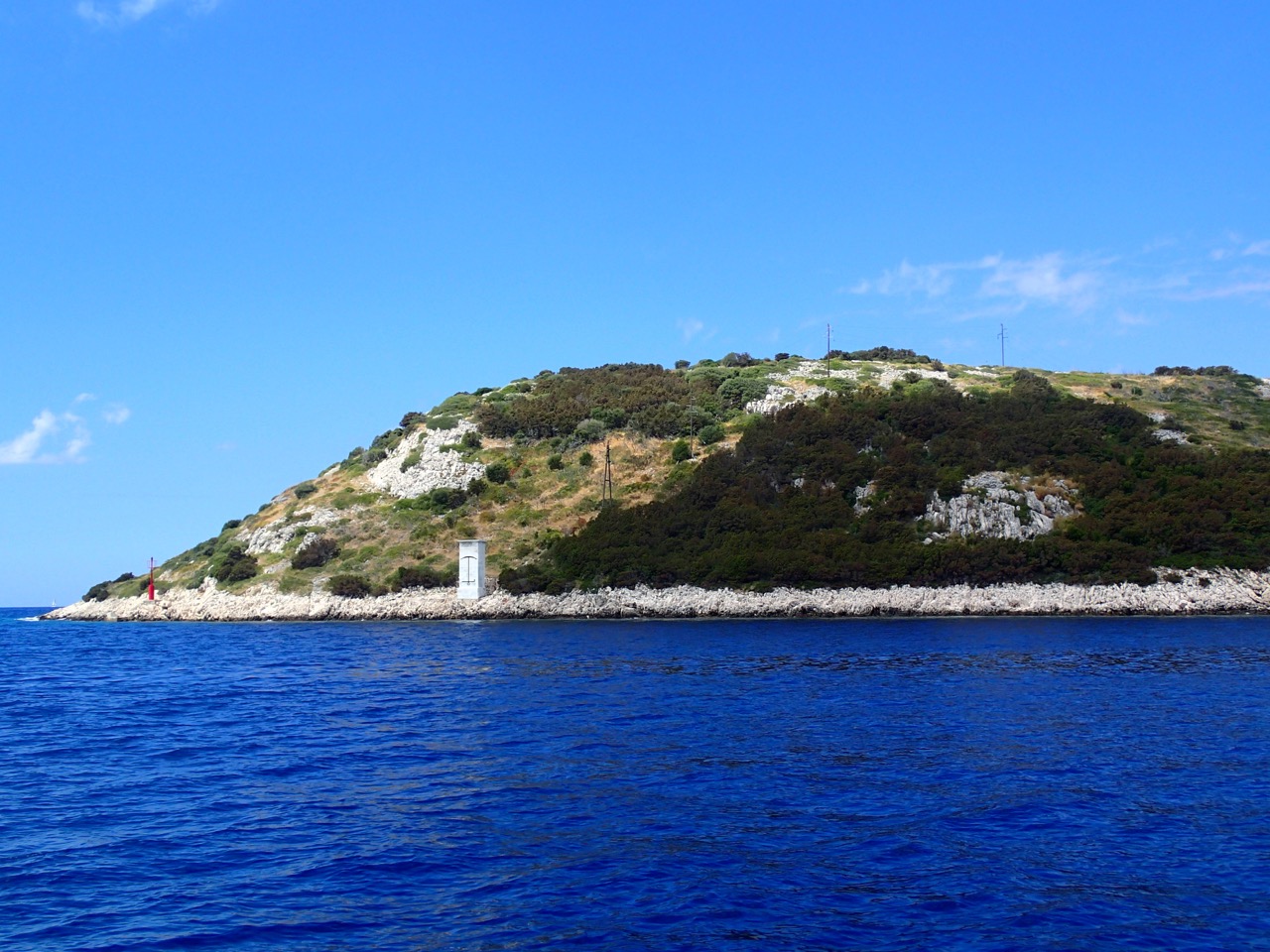 ...and were sailing on the East side of Dugi otok in direction South. There was just enough wind for nice sailing, the sun was shining, and we really enjoyed it. 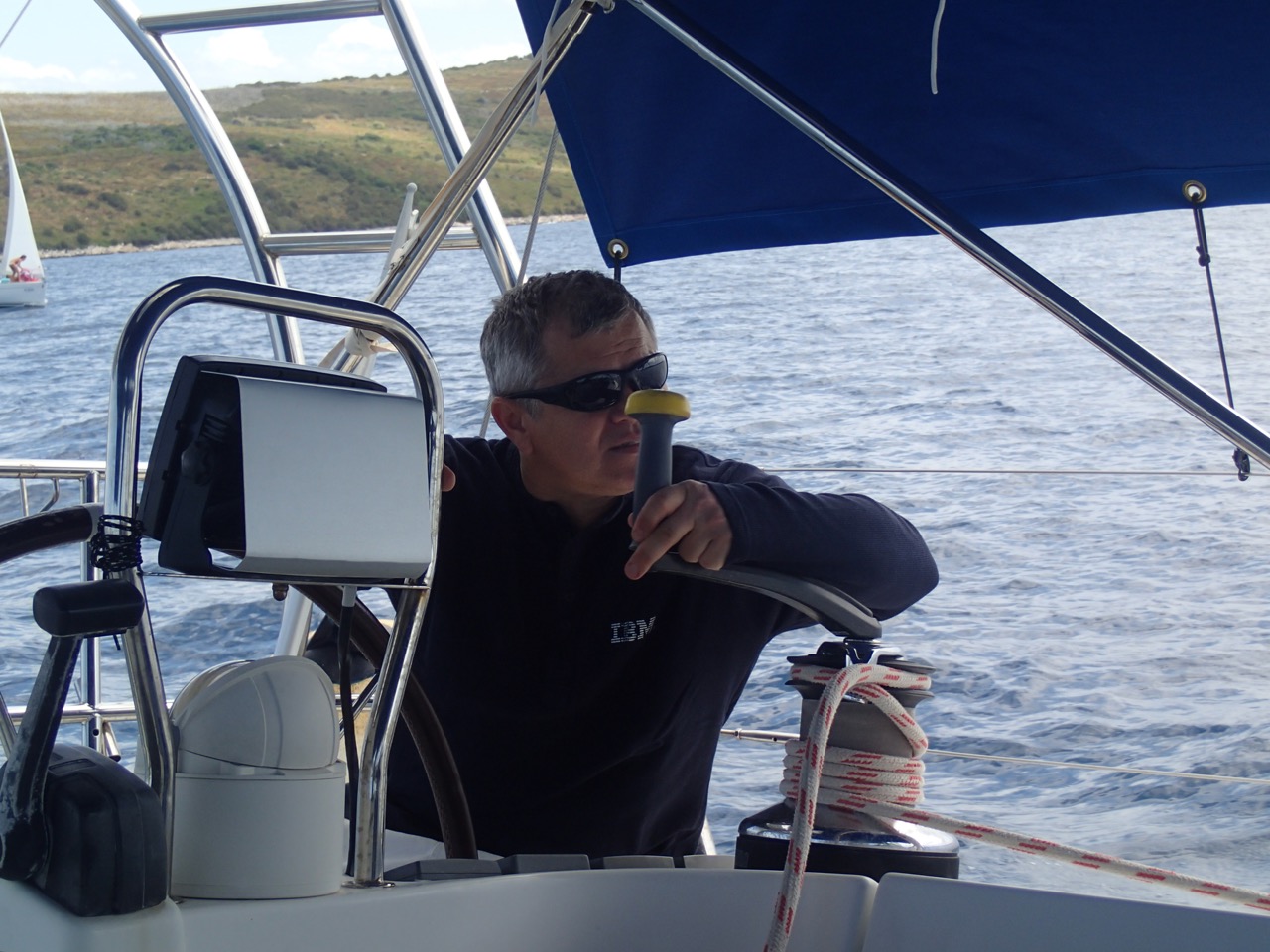 We didn't have exact plan where we were going and while on the way, I was studying the maps to find a place less crowded for the night. As the wind was dying late in the afternoon, we made it to North side of island Iž. And we couldn't believe it - we were the only boat in "our" bay. We saw several more boats in the next bay, where the restaurant is, but they were far enough from us. We anchored in 6m of water, and I put mask and fins on and went to check on the anchor and to see, what is laying down below.

Anchor was nicely dug into the sand, and there were unbelievable amount of Fan mussels (Leščurjev) around. It might have something to do with the fish farm, that is fairly near the anchorage, maybe Fan mussels like all the nutrients in the water. 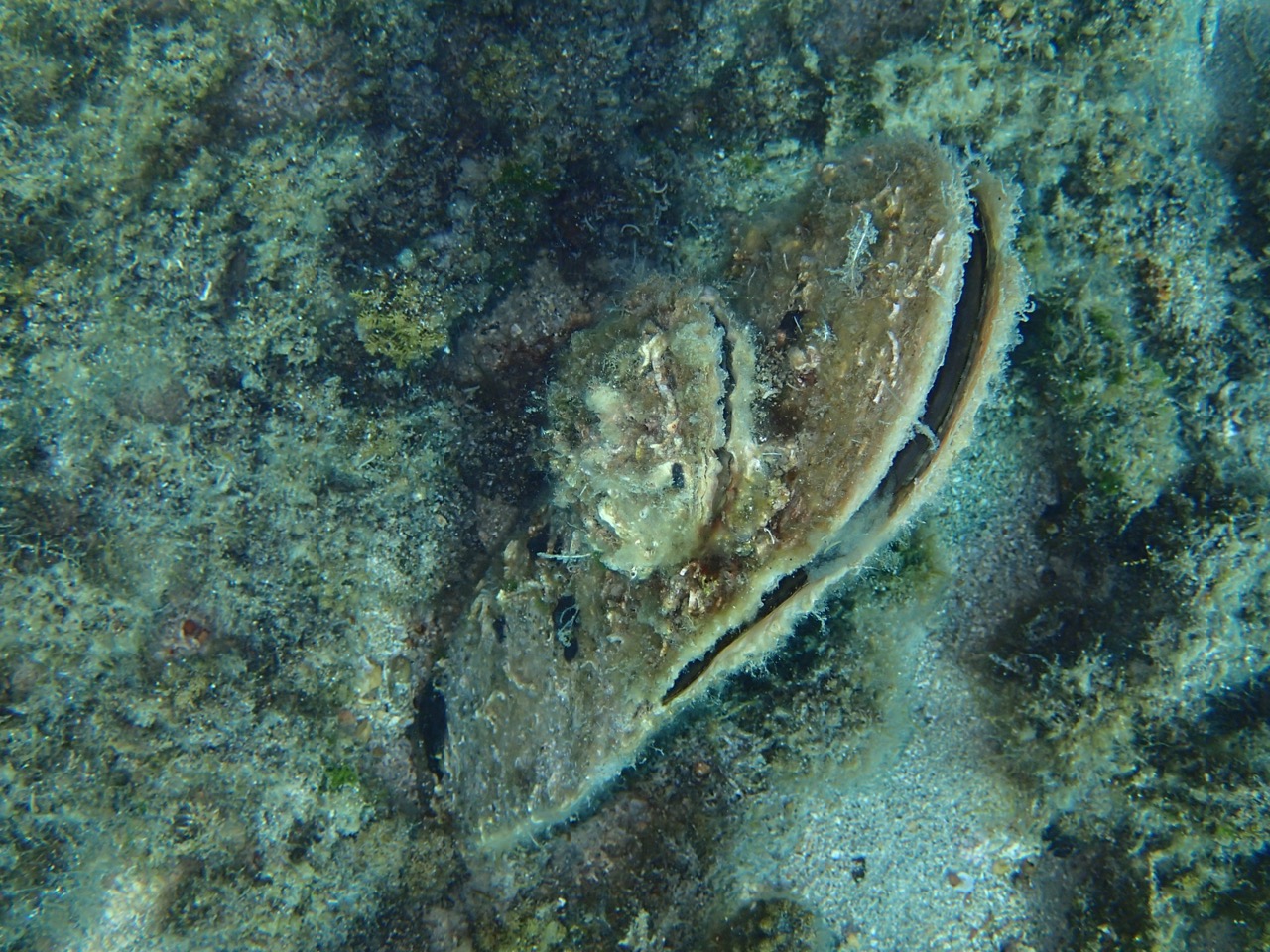 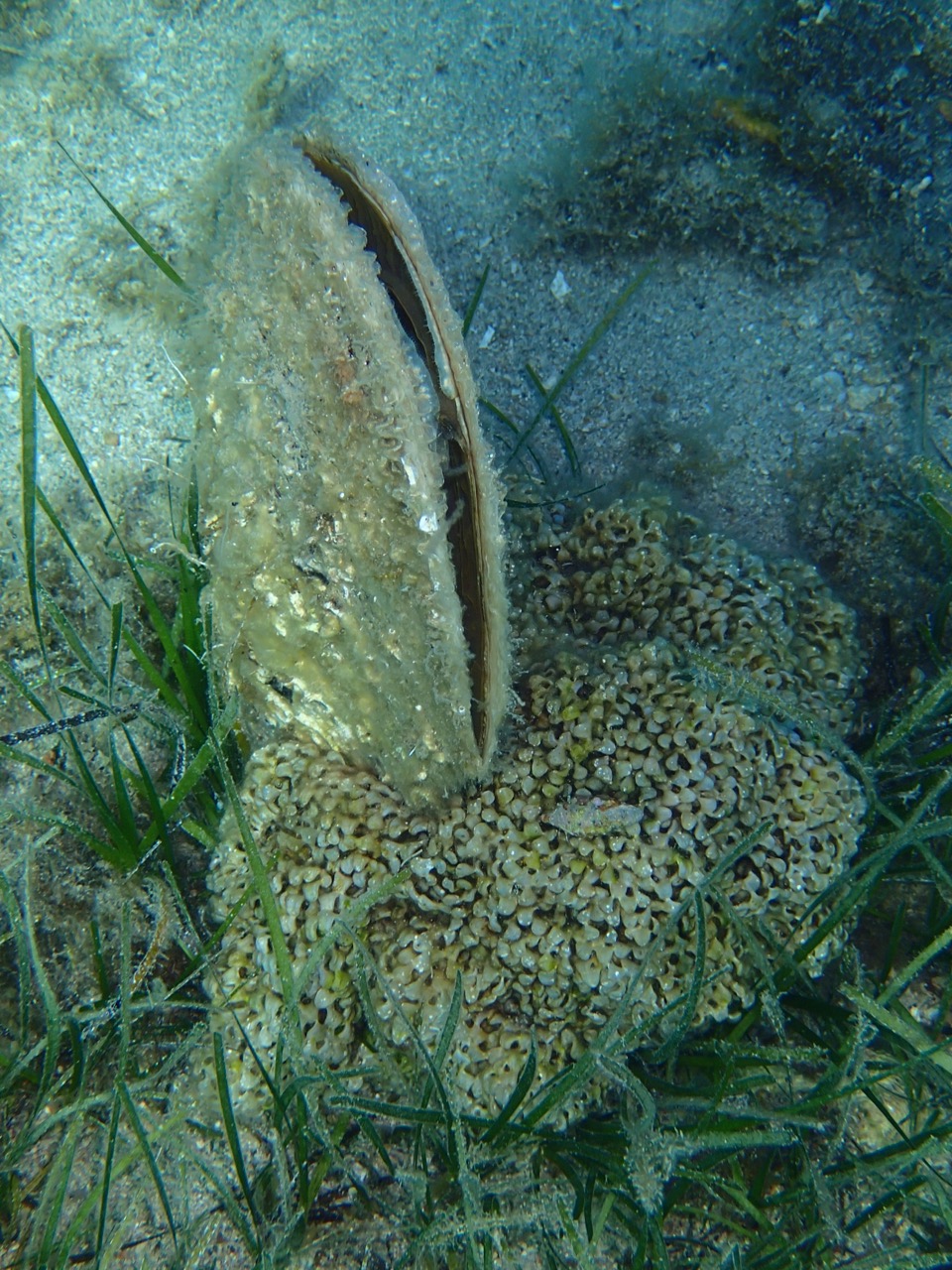 Another thing that I've noticed was that almost all of them were decorated with other organisms - this one had a beautiful Mediterranean Feather Star (Morsko lilijo) attached to it's side... 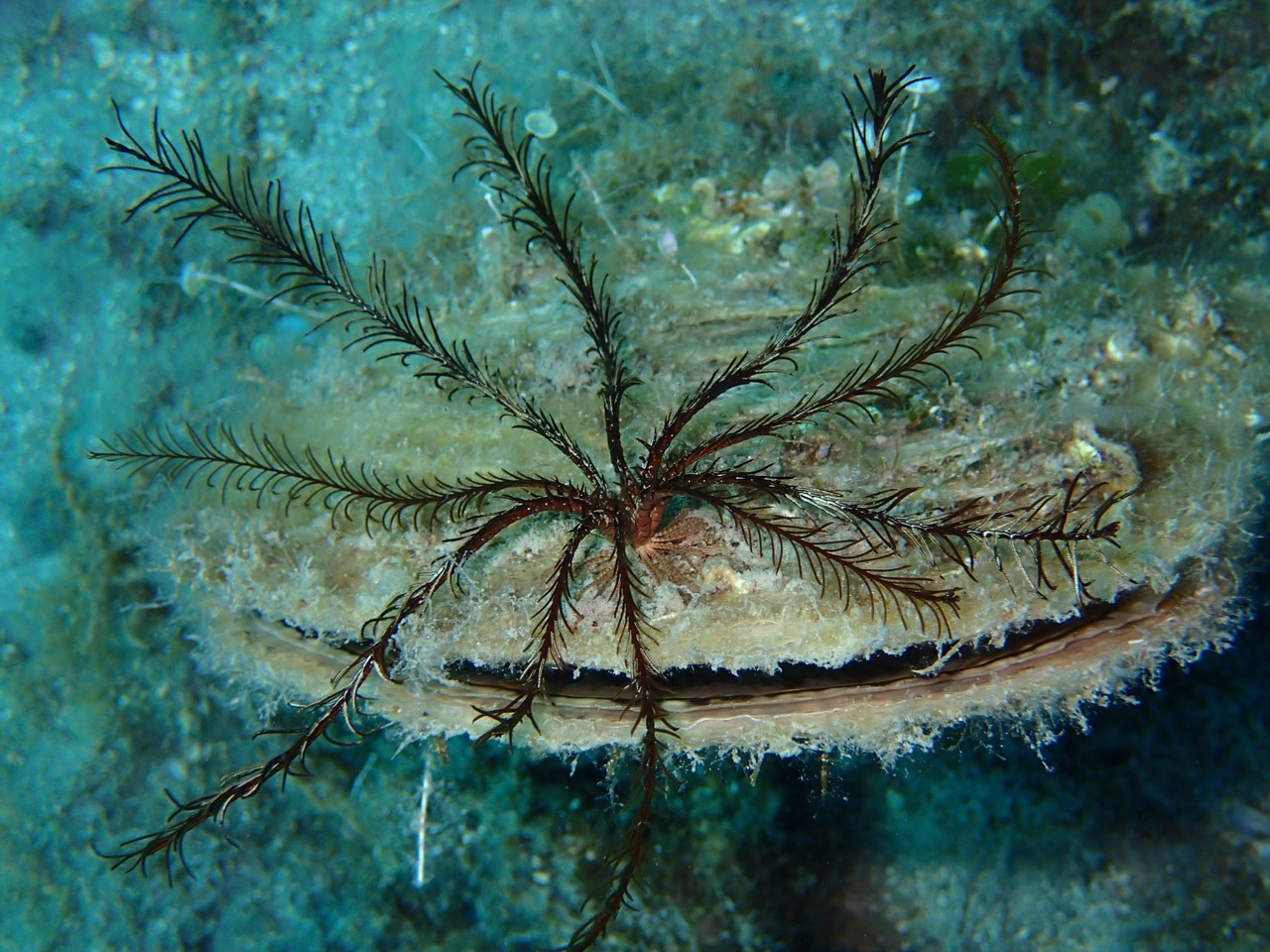 ... and this one had the Mediterranean Fan Worm (Spalancanijevim cevkarjem) draped over it. 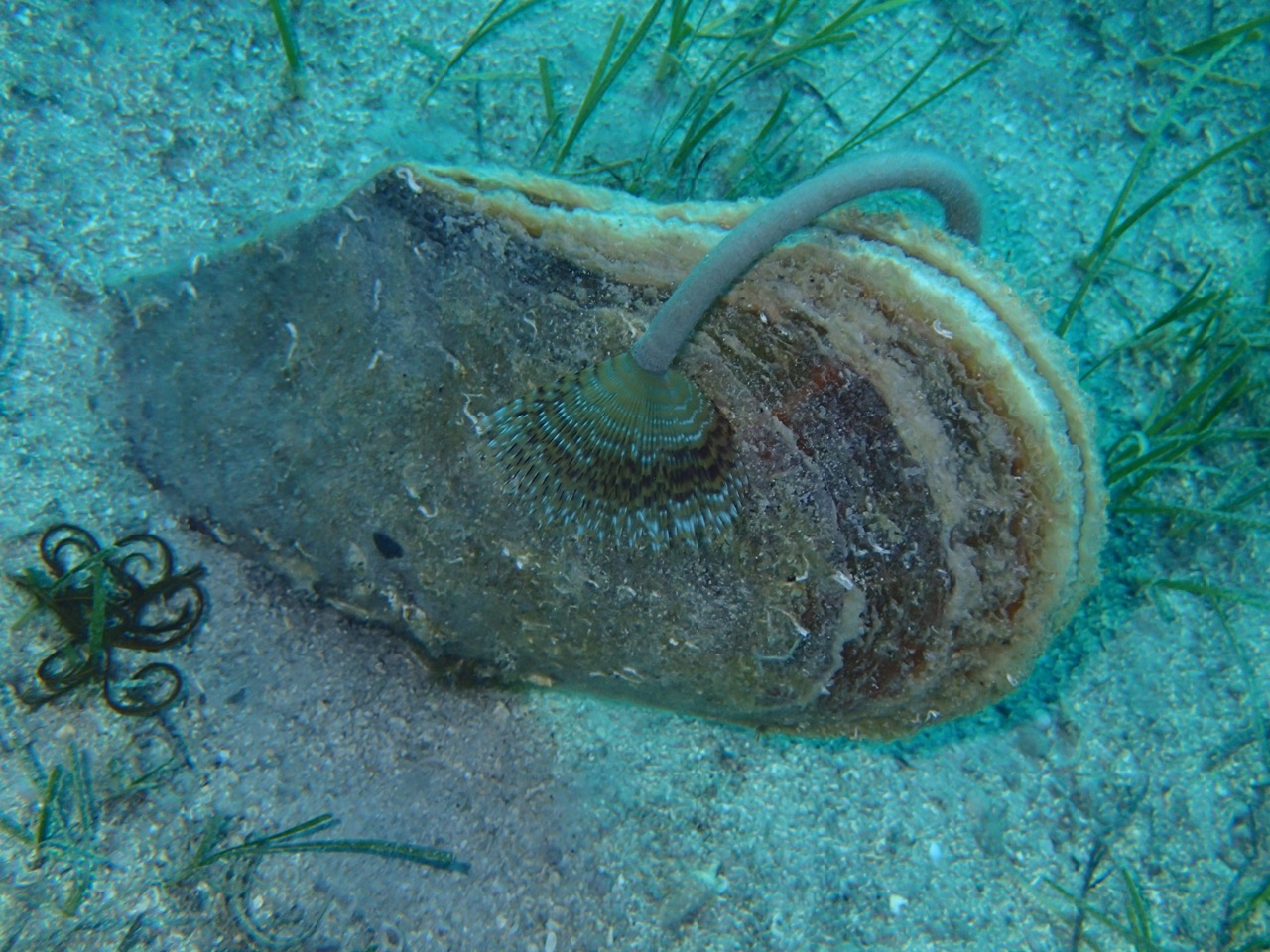 And then there were some that were really showing off with their decoration. 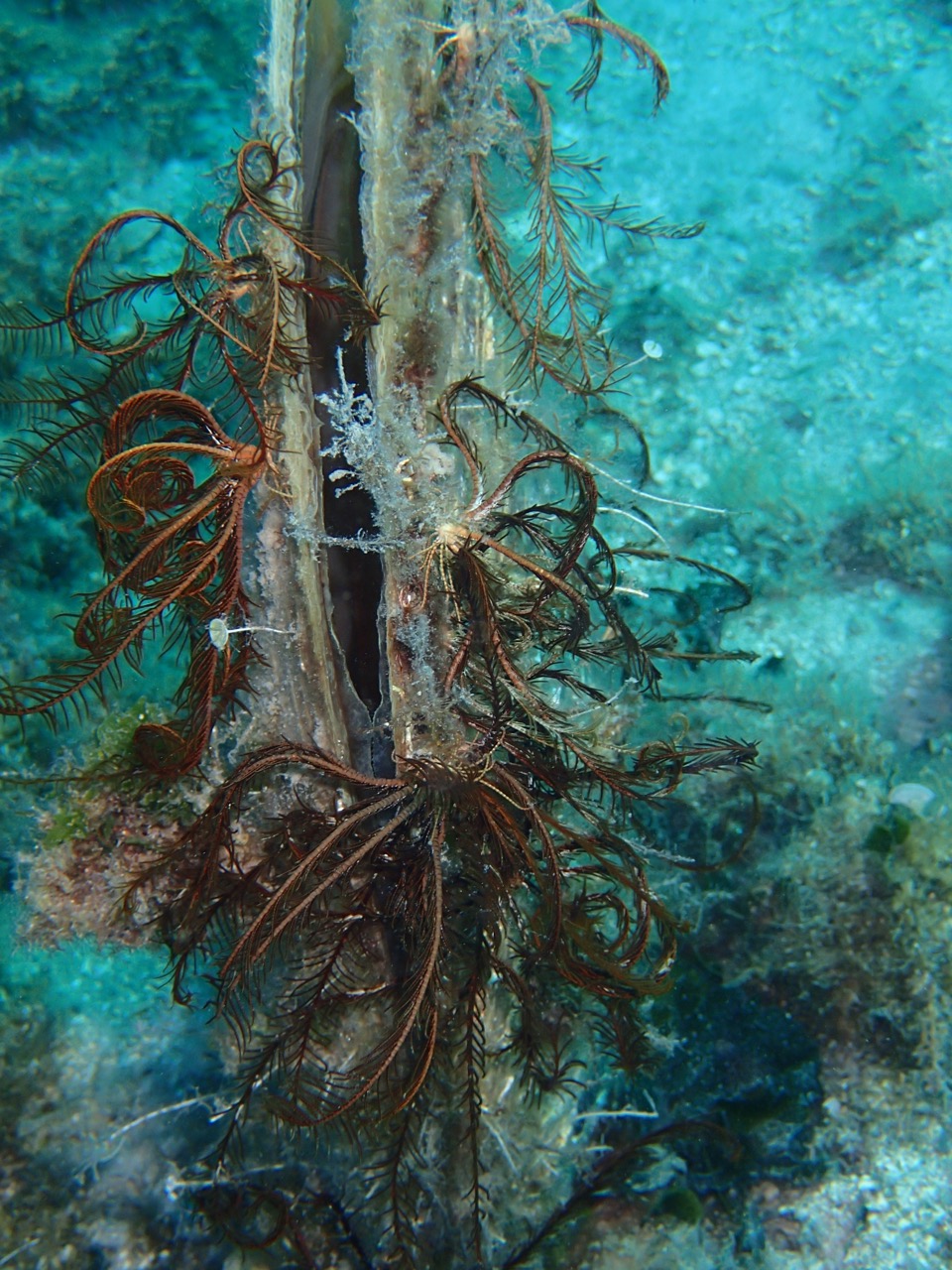 And I also discovered something new - this is Vermetus, I couldn't find English name, translated from Slovene it would be Attached Snail (Priraščeni polž). It has a soft lid, and when disturbed it pulls its tentacles and body inside the tube and closes it. They were always too fast for me to manage to photograph more than the lid. 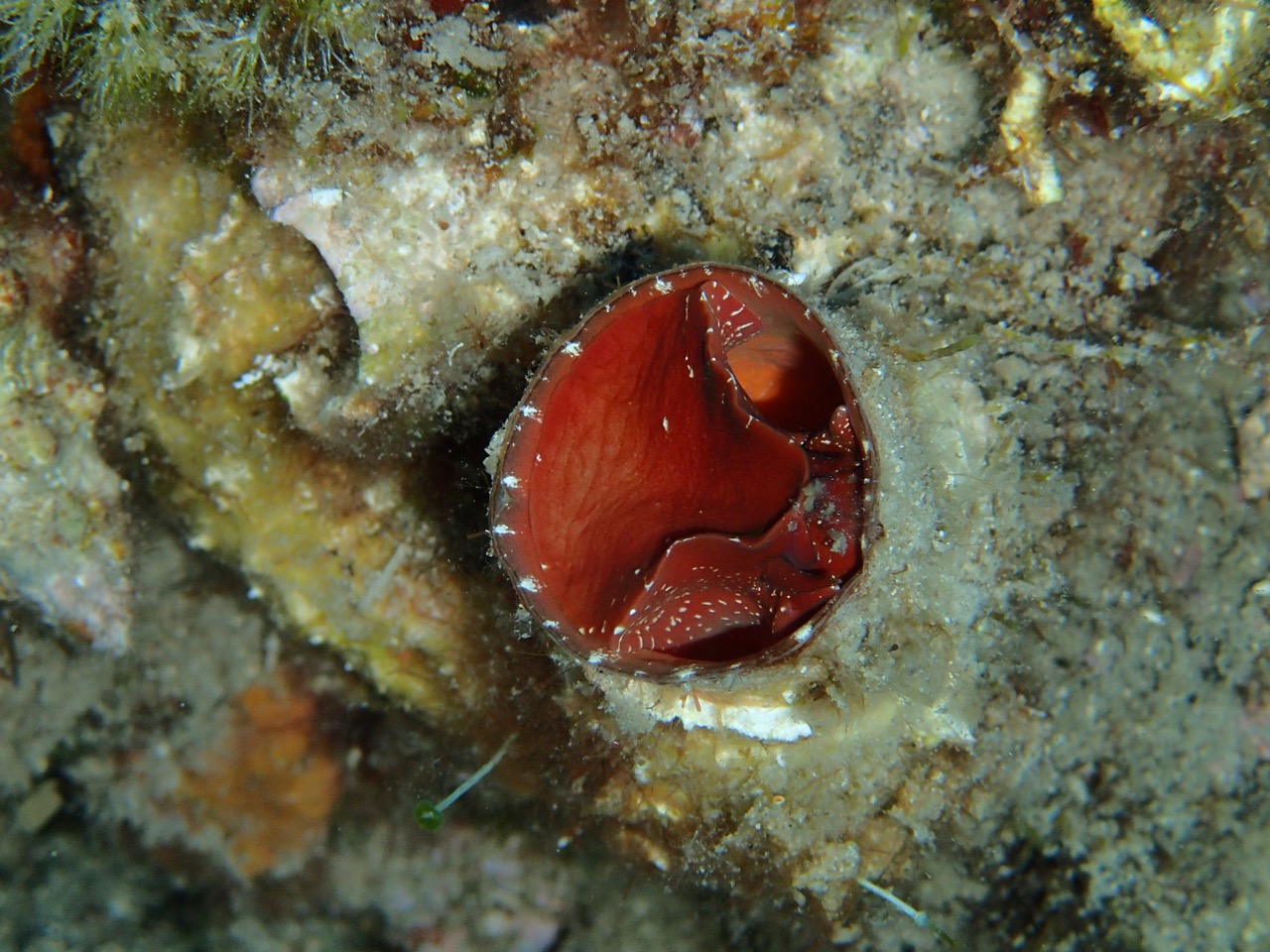