Of dragonflies and tunicates

Oh my, how time flies! We are already in the middle of spring and we're happy about that, since our winter was not a very good one. Both Captain and myself had some health issues, minor but annoying, which combined with long and cold and dark winter puts one in permanent non-cheerful mood. Luckily winter is over, since couple of weeks we have a proper bright and sunny and warm spring.

My garden is green and full of flowers, but also of interesting visitors. I already posted some photos of dragonflies in the past, and this year I managed to take some photos of few more - after I chased them through the garden for quite some time. I'm not sure what our neighbours think about that. 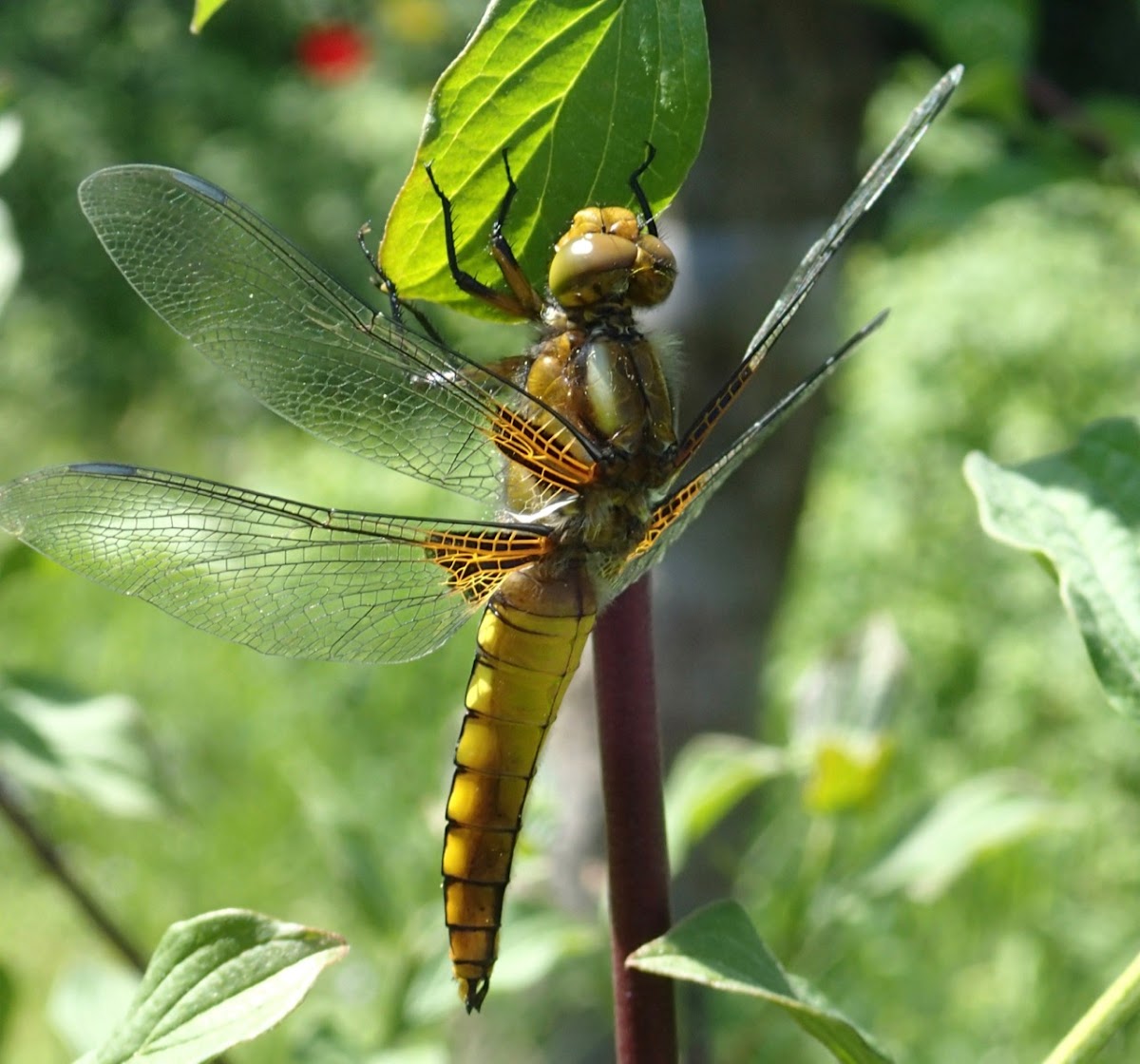 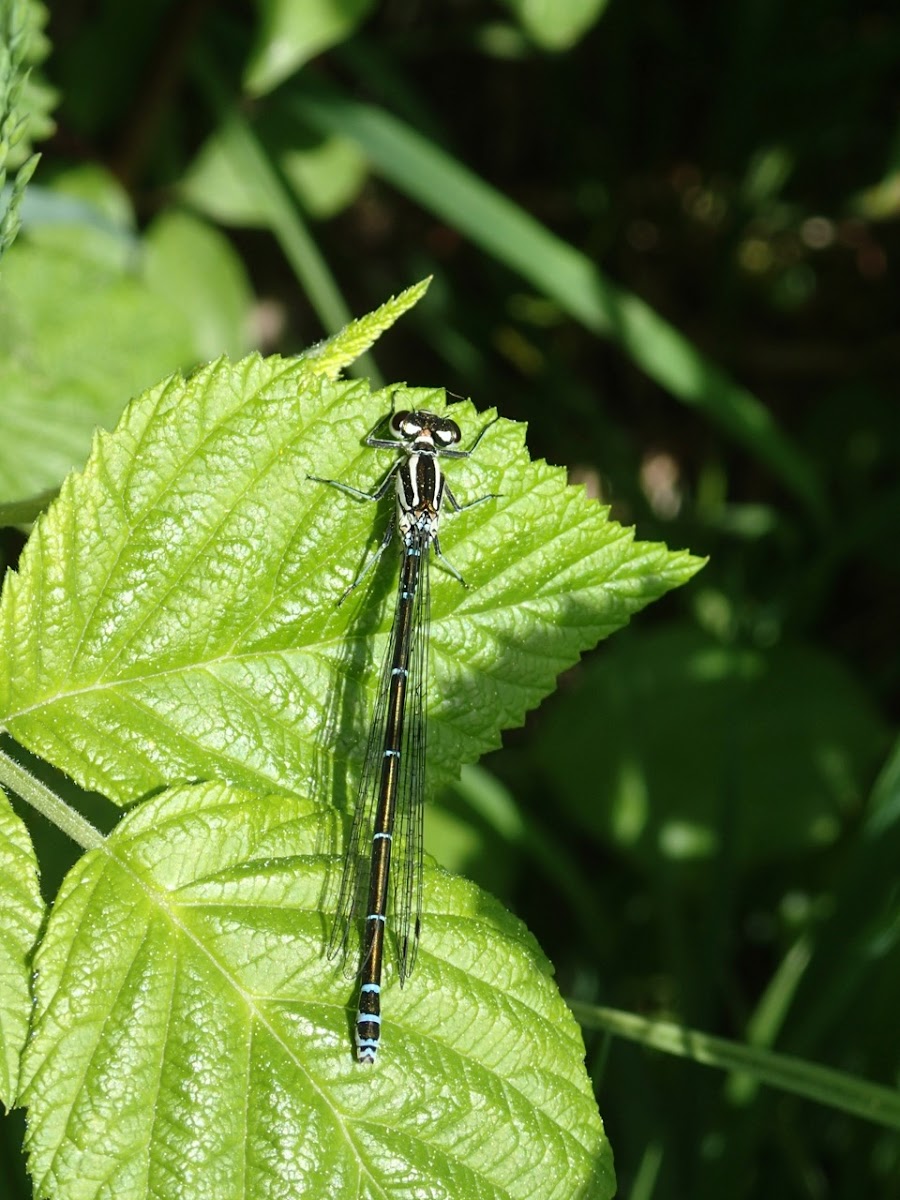 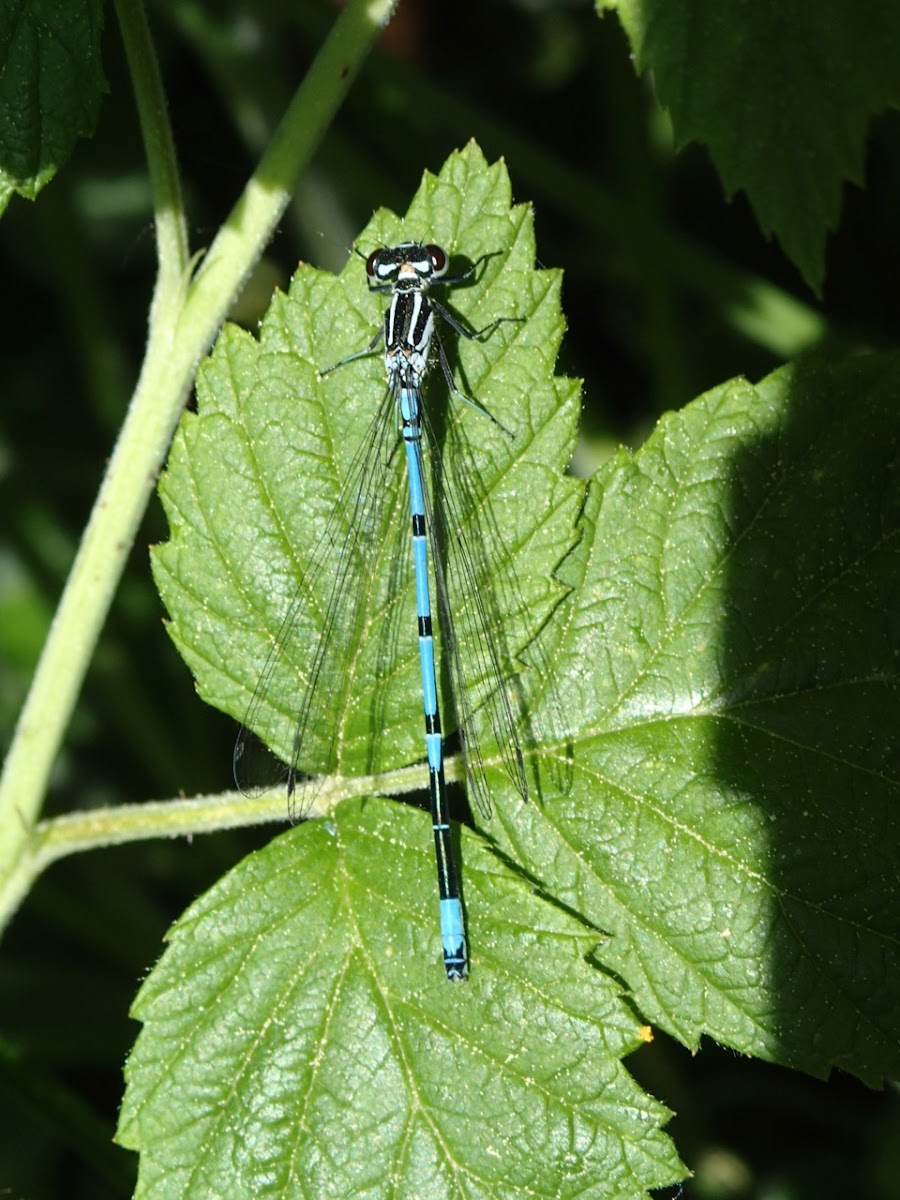 Here they are mating. 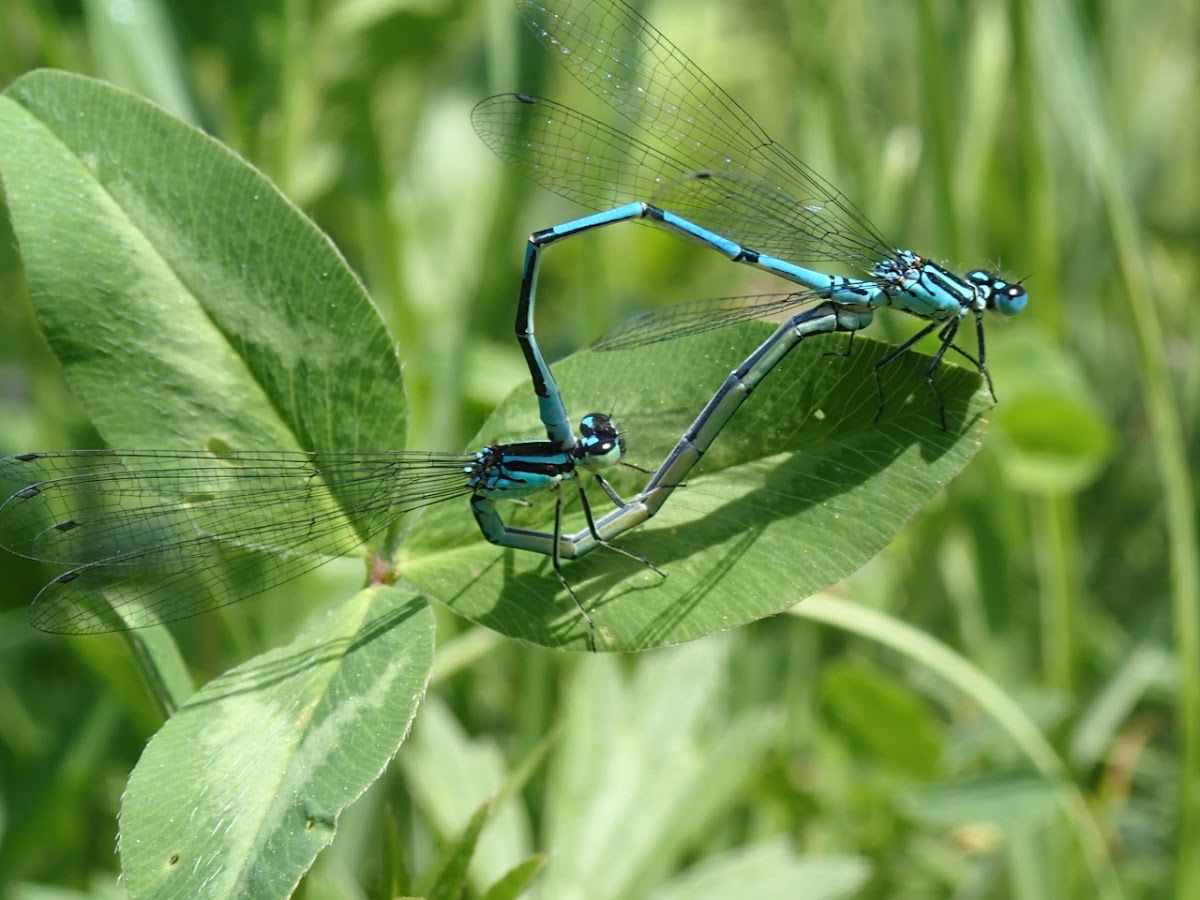 This is a Large red damselfly or rani plamenec (Pyrrhosoma nymphula), I've seen it only a few times. Since the first time I saw it I always carry my camera in my pocket when I'm in the garden, and it payed off. 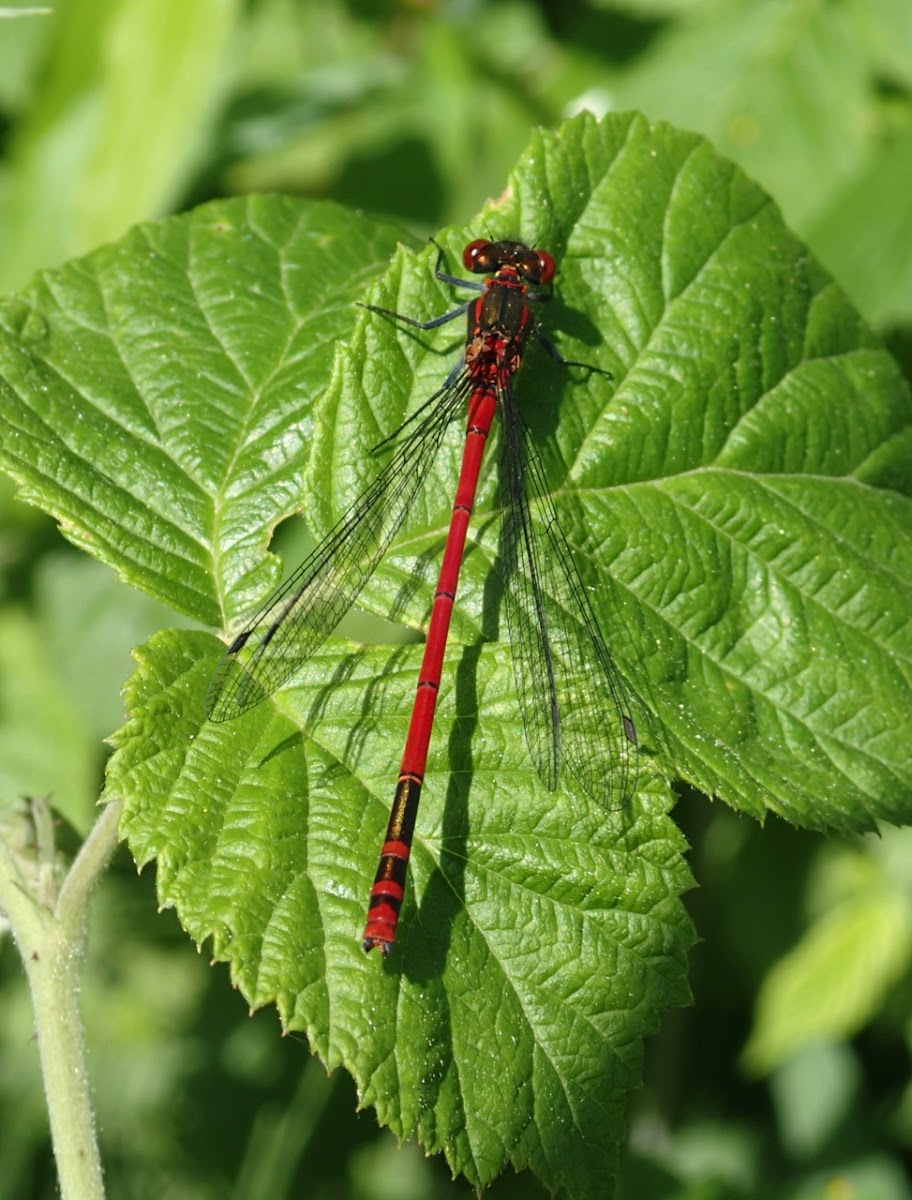 The garden around our house is really not a big one and I'm quite happy to have found and photographed six different dragonflies here. Not to mention three sorts of snakes - well, theoretically Slowworm or slepec (Angius fragilis) is not a snake, but the Grass snake or belouška (Natrix natrix) and Smooth snake or smokulja (Coronella austriaca) are. Unfortunately they are all very shy and I haven't managed to make a decent photo yet. We live in a countryside and there is plenty of wildlife around, but I firmly believe that by using only biological fertiliser in our garden, and even that sparingly, by not using any chemical weed killer and leaving several wild corners overgrown with weed and stinging nettles, we make our garden suitable for them as well.

Here is the final part of our last year's summer sailing. I know it was almost a year back, but let us look at it as motivation for the summer that's coming.

In the middle of August captain sailed back to North Adriatic and some friends and myself joined him on Heron in Nerezine on island of Mali Lošinj. For me it was quite a journey to get there, I travelled by car to Klimno on Krk and left our car there, then took a cab to ferry port Valbiska, then took a ferry to island Cres and then friends had to pick me up and drive me across the whole island to get to Heron. But I managed to get there in late evening and next morning we were all ready for some sailing and enjoying of the last days of summer.

Our  first stop was a small island of Vele Orjule. We only stayed there for two hours, to have lunch and for swimming. Later in the afternoon we sailed on to Olib, one of my favourite snorkelling grounds. We anchored at almost the same spot as always in the bay on the NW of the island, I am pretty particular that we anchor in a patch of sand without any corals or growth that we could damage. And once the place like that is found and checked at snorkelling, we stick to it.

Needles to say, I've done some snorkelling there. The place is still very pretty, but I miss all the octopuses I've been seeing in the past. This year I had a feeling there were even less of them as last year, which makes me sad.

But there was lots of small stuff, like this Crab on Mediterranean fanworm. 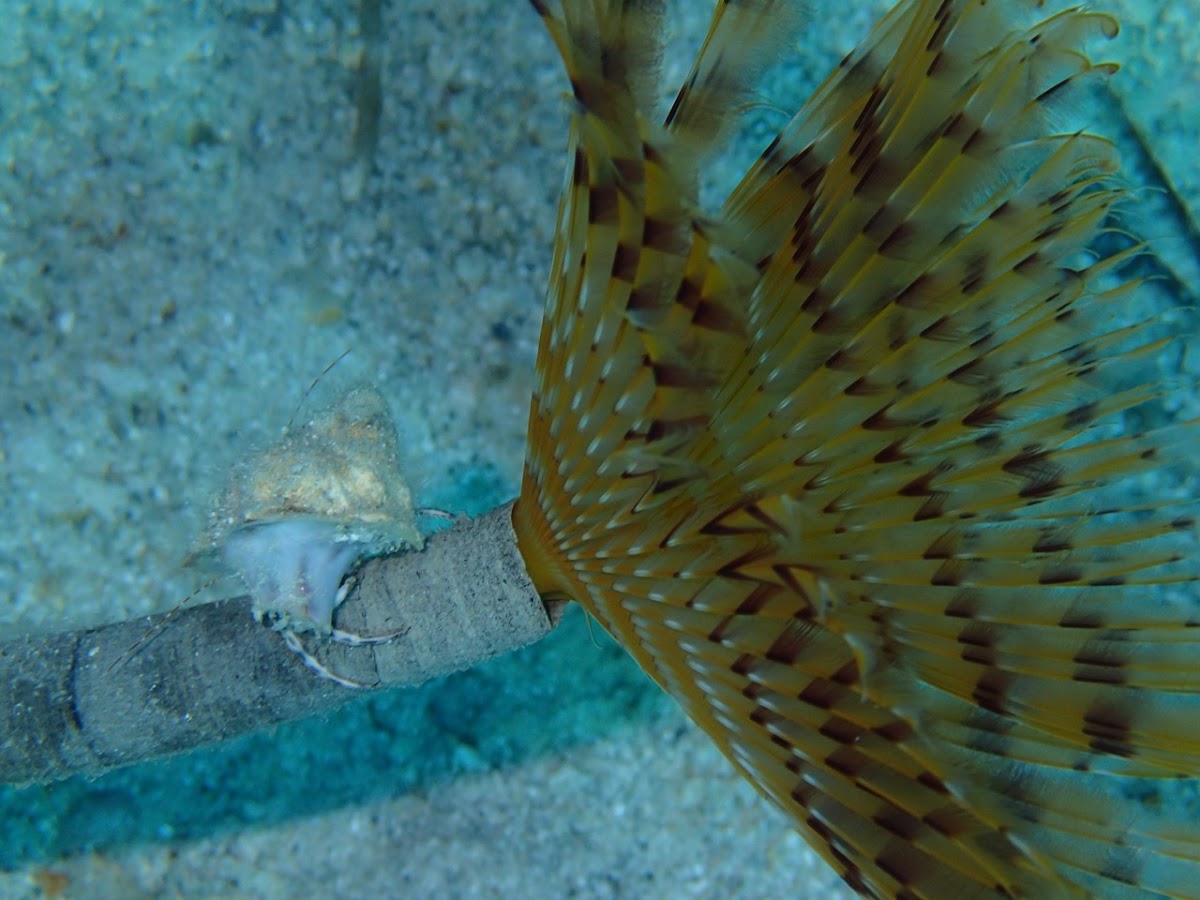 Also most of the Tunicates were still there - not sure which this one is (am in doubt if this is Sea strawberry, because it looks somewhat different).... 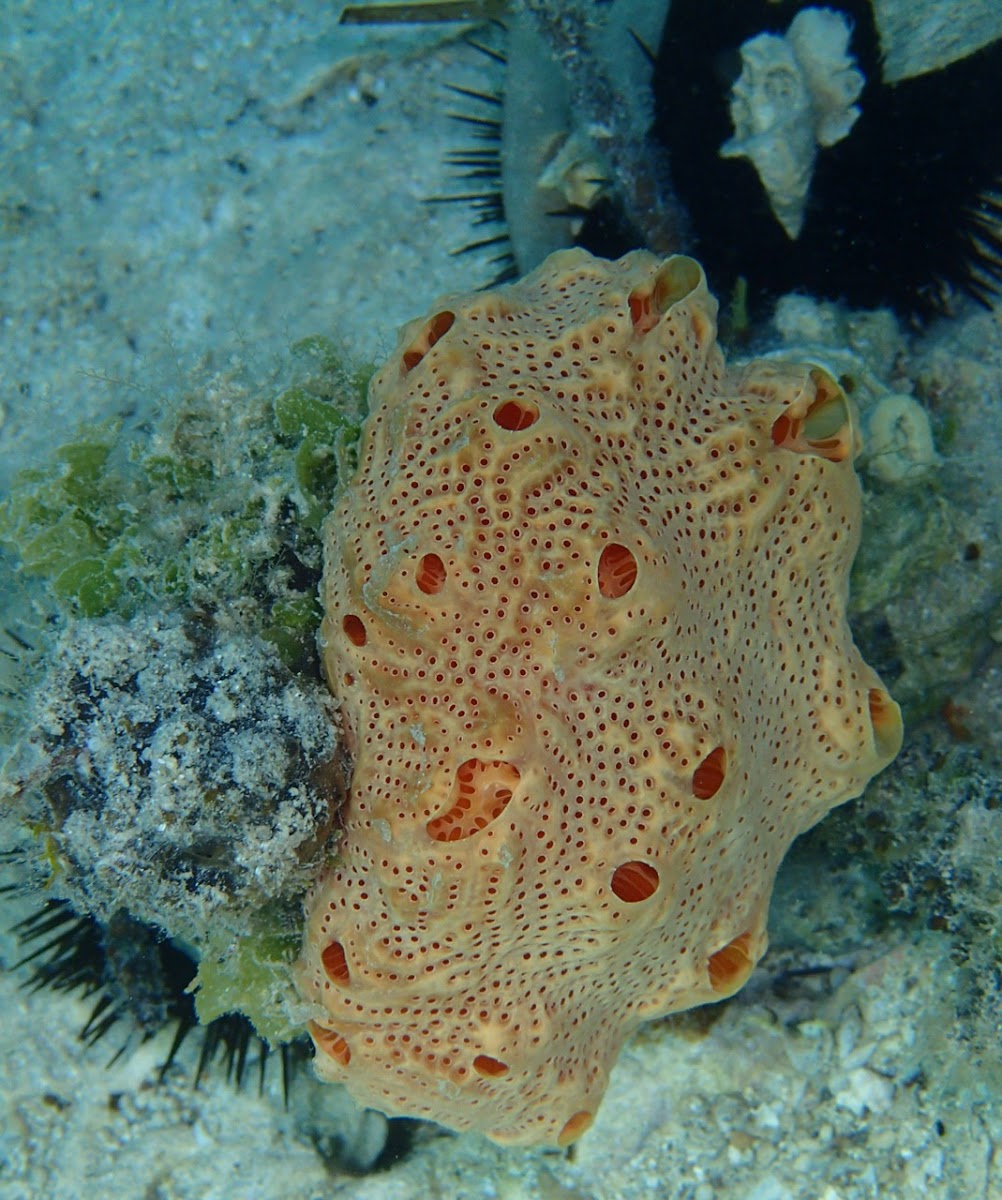 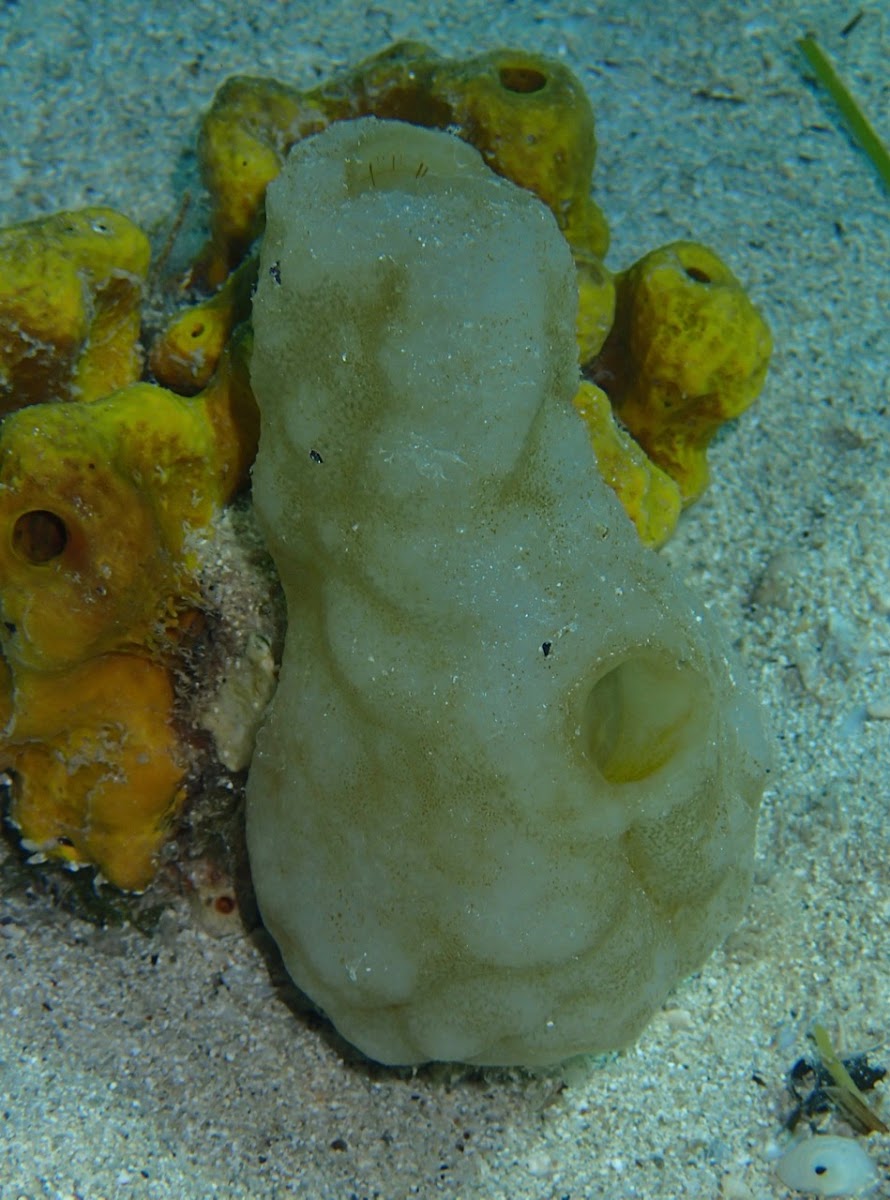 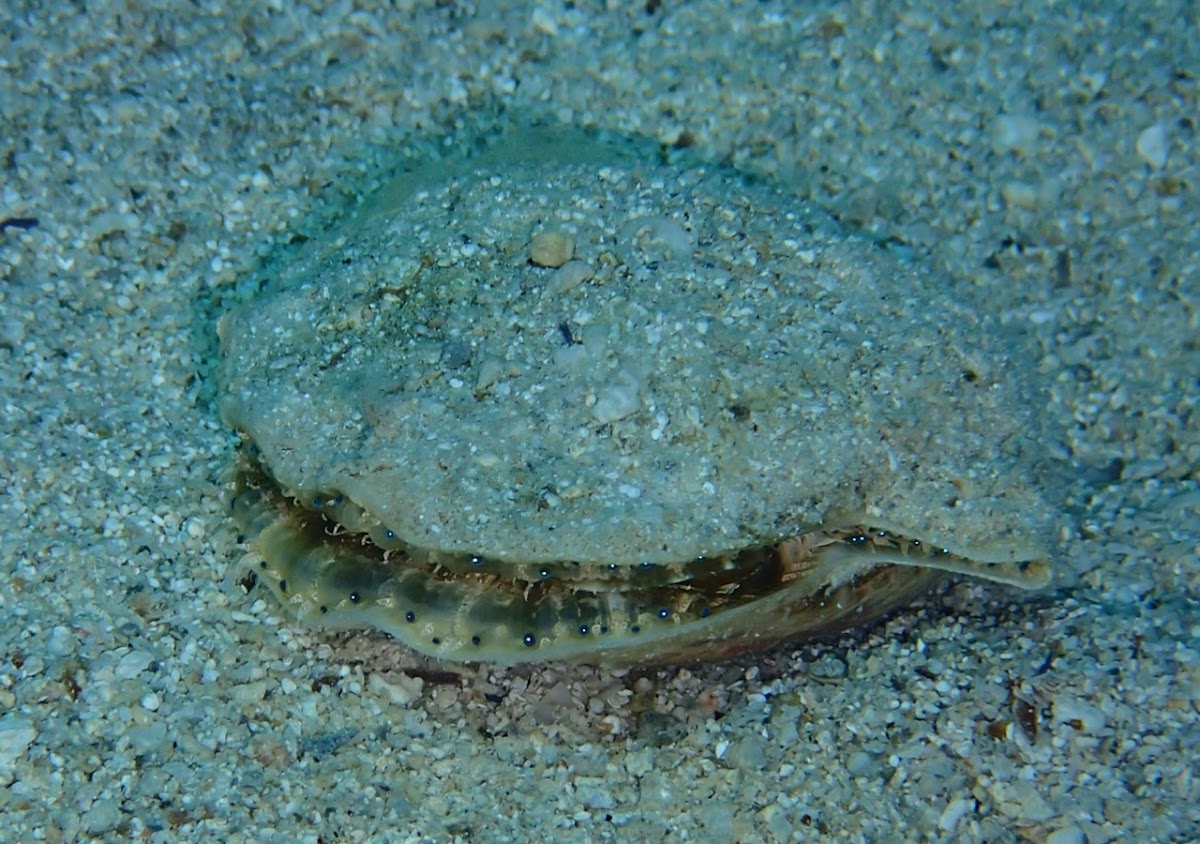 Next day we decided to stay put, as it was so beautiful. Day was spent swimming, snorkelling, rowing. By the colours of the water this could easily be some tropic destination. 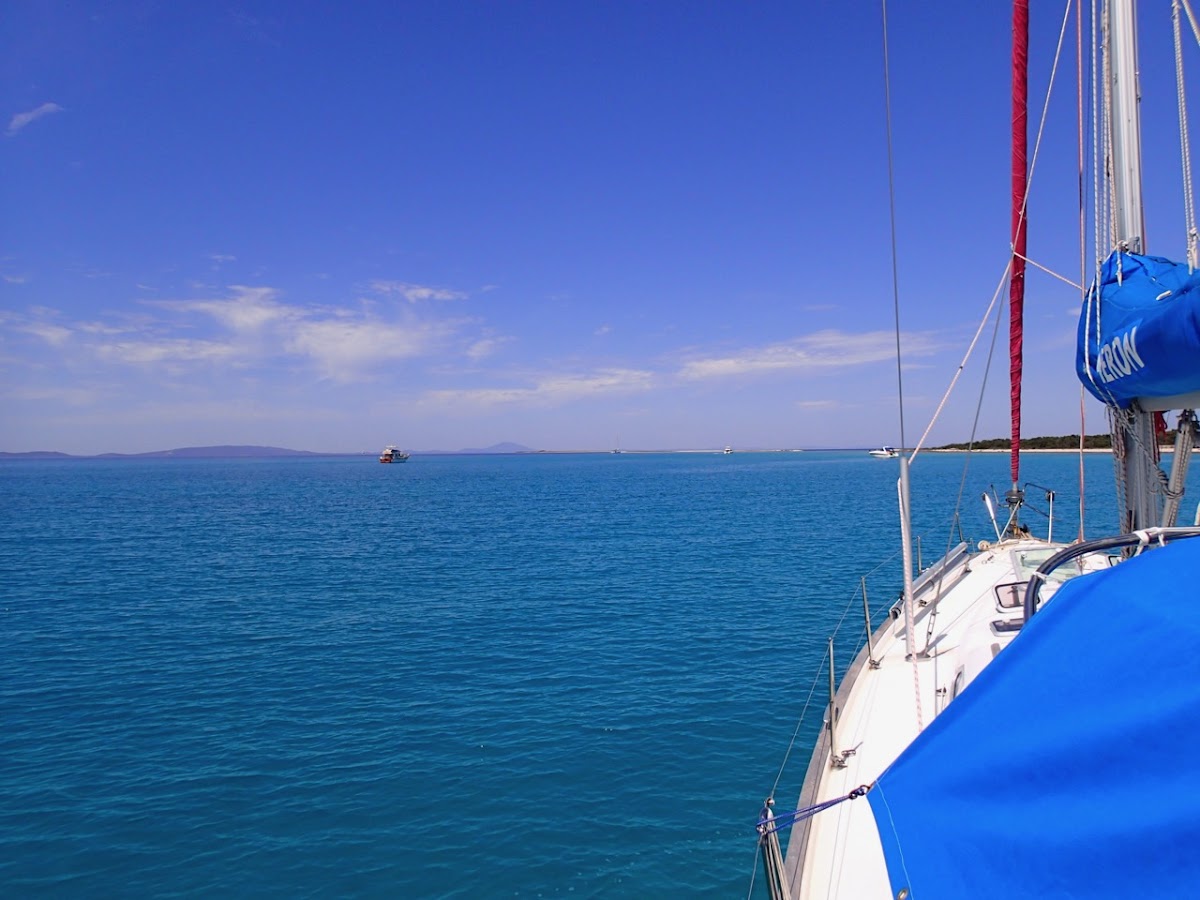 We decided to move in front of the town in the evening, captain and the crew dinghied ashore to have some ice cream. The sunset was spectacular. Next day we sailed South, and stopped at the South side of Olib for a snack and some swimming and then sailed on to Molat. We anchored in a bay North of Rt Solinski, and had the pleasure of being the only boat there. Of course the fishermen boat with very long spears for hunting octopuses came by in the evening, but we saw them almost every evening this year.

Next day we moved to island Tovarnjak. We spent the day lazying on the boat and swimming and snorkelling of course.

I'm always happy to see a Common cuttlefish or navadna sipa (Sepia officinalis), it looks like they are greeting me when they raise the tentacles. 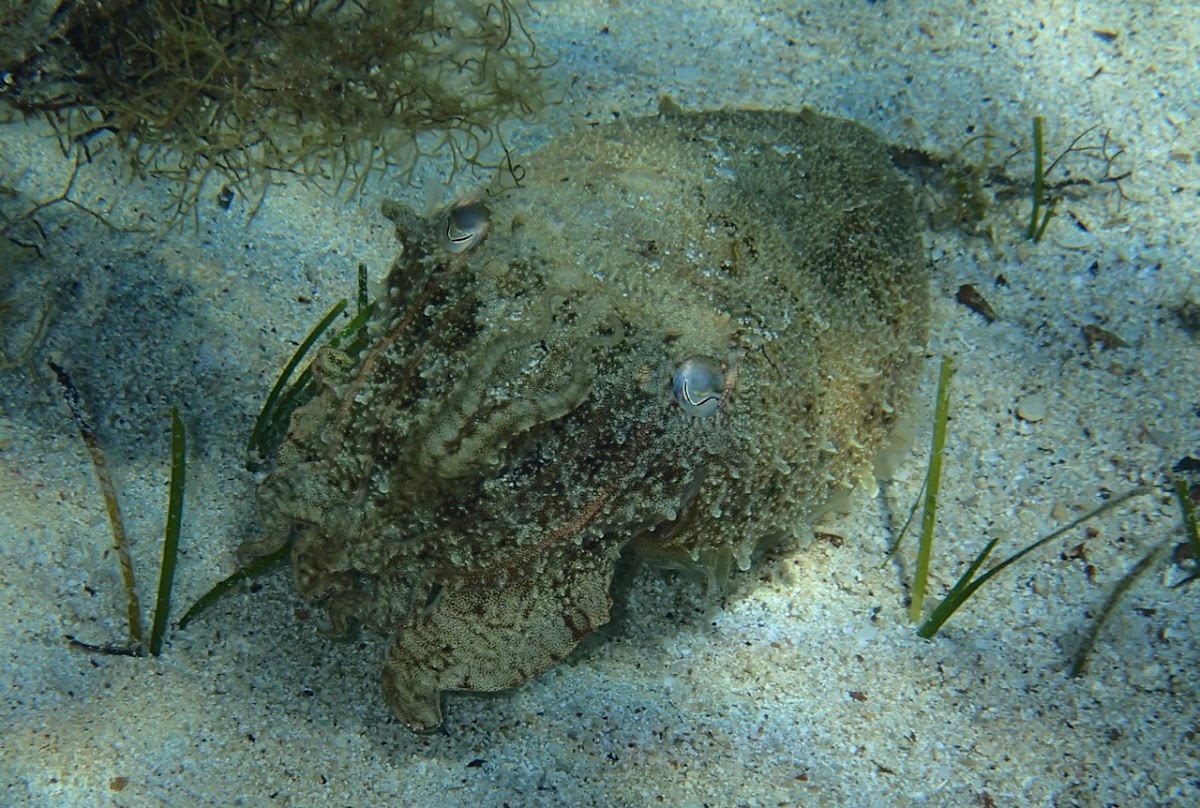 This was the biggest school of Sea needles or igel (Belone belone) that I've ever seen. 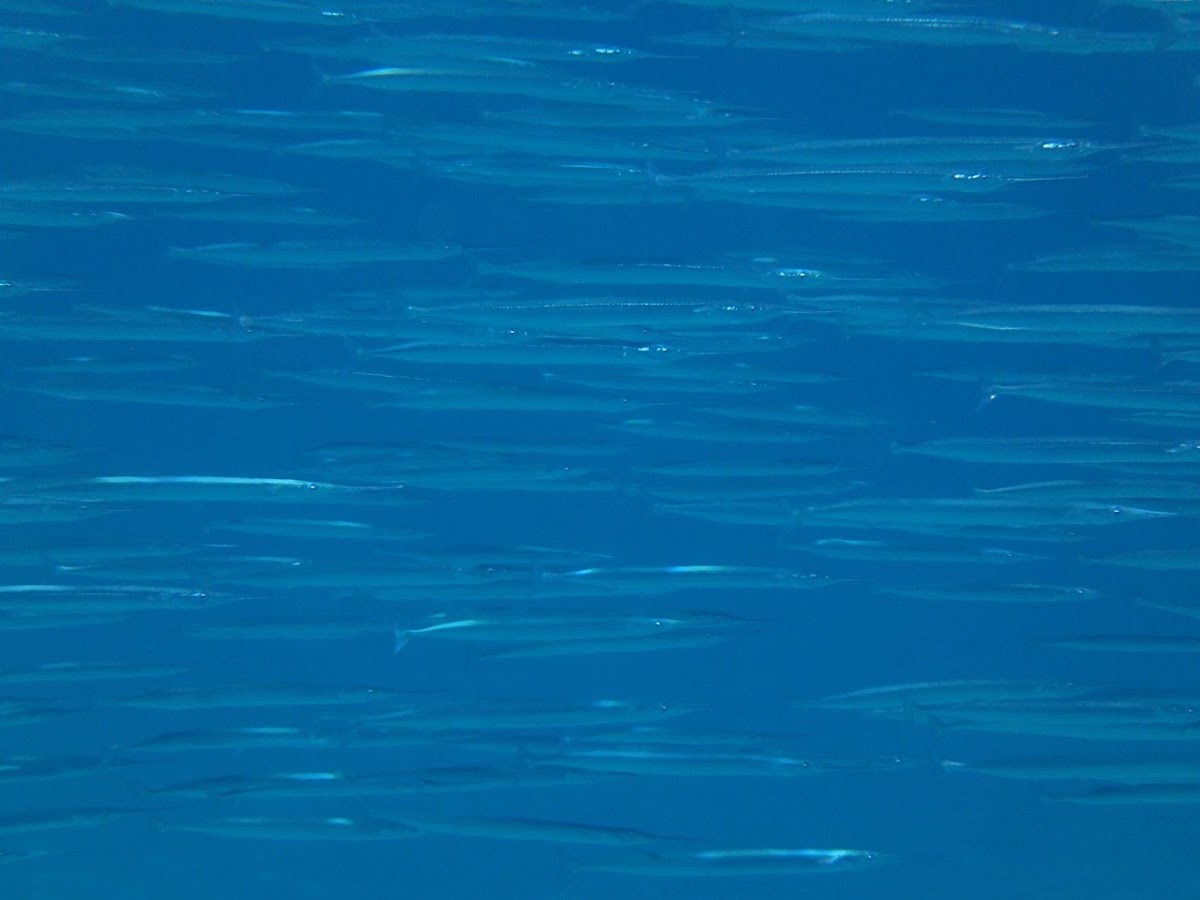 The day after we sailed back North and in the late afternoon stopped between islands of Vele and Male Orjule for the night. Next day after some swimming and a good lunch we brought our friends to Nerezine where they said goodbye.

We anchored in a bay opposite Nerezine for the night. The weather turned already in the night, a fresh NE wind burja started to blow, which was forecast to get even stronger in next couple of days. In the morning we did some fast shopping in Nerezine and then decided to try to sail to Rab, with option to return to the S of Cres if the weather got too nasty. It turned out not too bad, it was windy, it even rained from time to time, but we managed to sail for most of the way and only used the engine at the end.

We anchored in bay Uvala Sveta Fumija just W of the town Rab, it is a deep bay, well protected from wind from almost any direction. In the late afternoon the sun came out and it warmed up, so we were swimming and enjoying the summery afternoon. As the evening approached we already saw many lightnings in the NW, and many boats hurried into the bay to hide before the storm. Most of them anchored in shallower water, in front of us, and I was just hoping, they know how to anchor. The storm brought plenty of wind but no rain, and the boats in the bay, including Heron, were dancing wildly on their anchor chains. Luckily there was plenty of space between the boats and all anchors held. Around midnight storm calmed down a bit, the centre of storm passed to the N and then proceeded to the E, so we felt we can go to bed. And obviously so did the people from other boats.

Next morning the NE wind was still strong, but the sky was blue and sun was shining. We sailed to bay Uvala Planka, I wanted to do some more snorkelling before we returned home. Uvala Planka was full with motor boats and we had to anchor at the entrance to the bay, and it was difficult to swim to the shore without being overrun by one. Of course there are laws of how far from the shore motor boats need to be to be allowed to speed and plane, but sadly very few boats obey the rules, even in bays where people are swimming.

But under the water Uvala Planka didn't disappoint. I saw some Sea strawberries or rožnate plaščarje (Aplidium elegans) - to the left of it you can see a colourful slug, and another one left below. 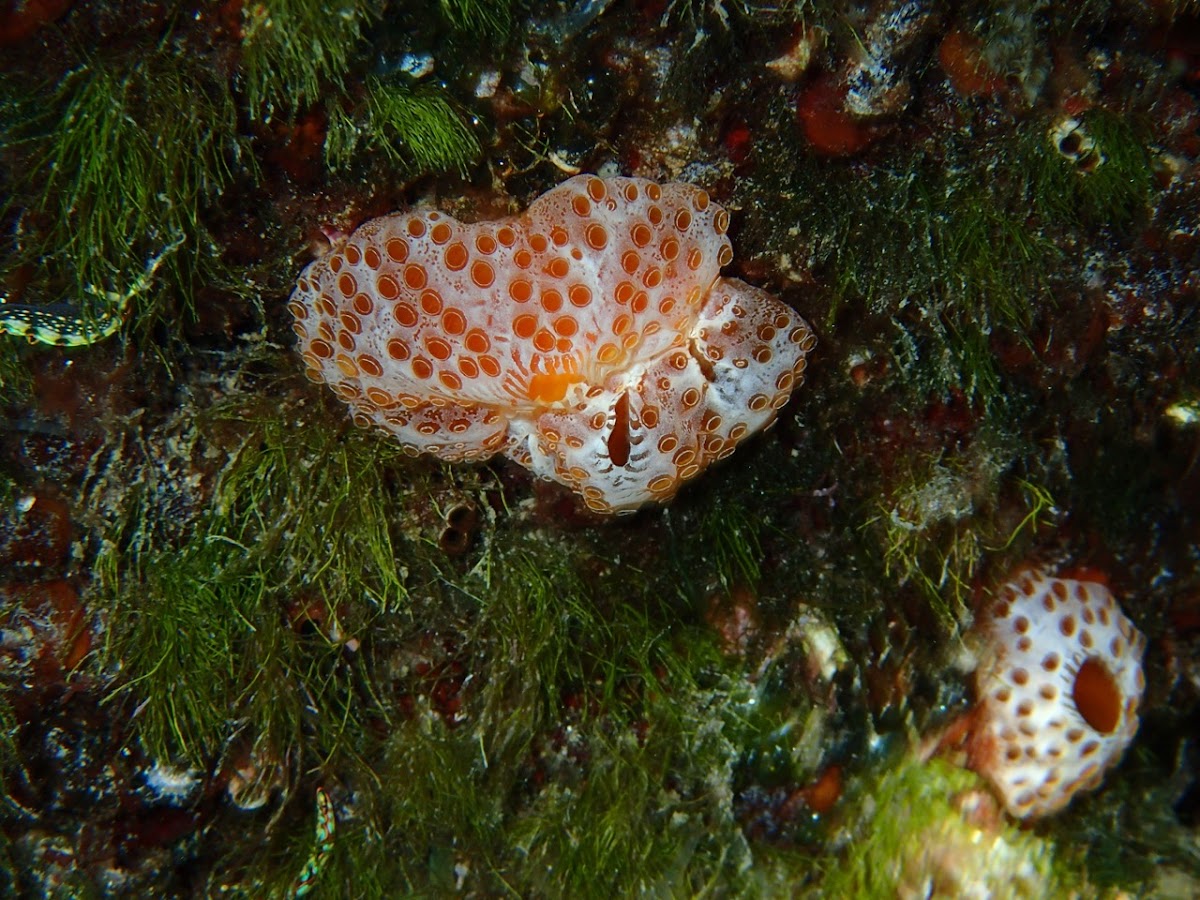 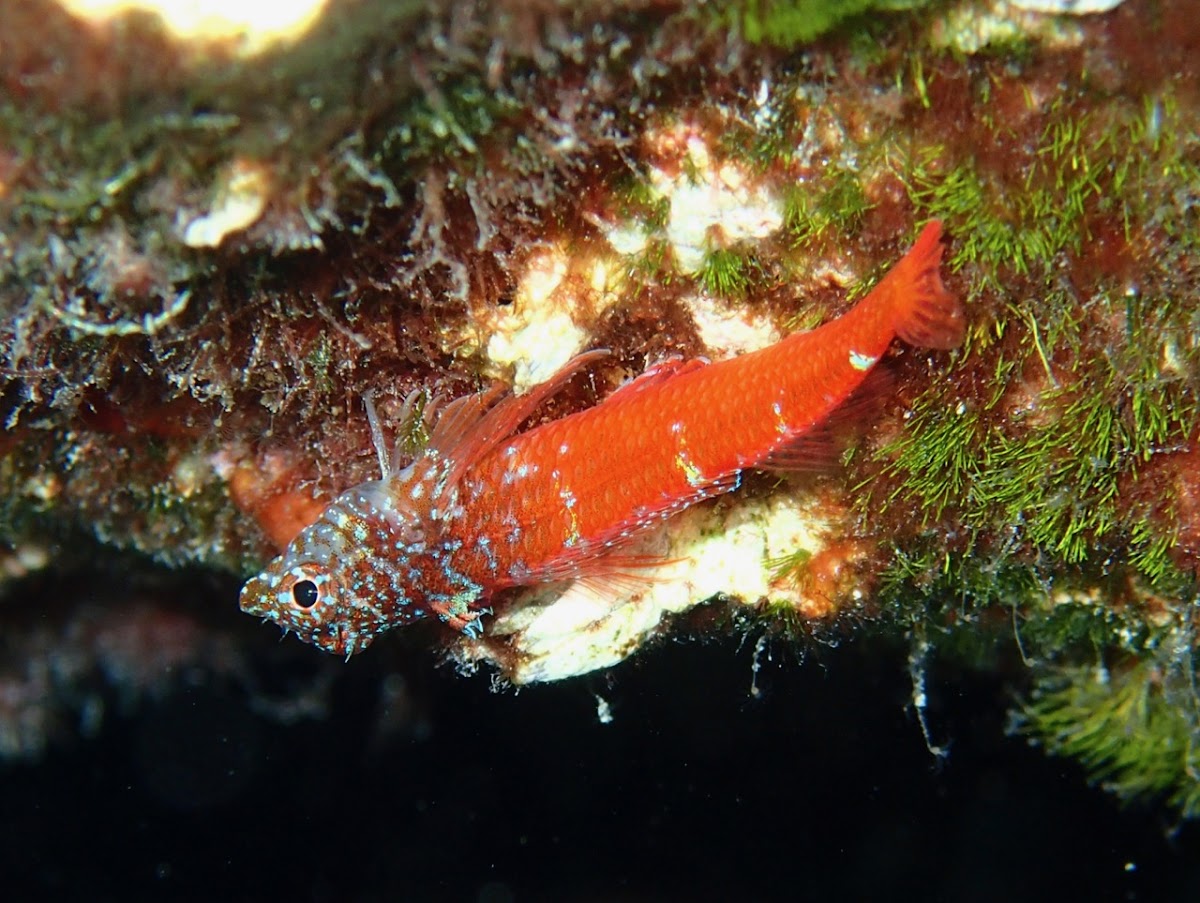 Not sure which kind of tunicates this is, it could be spužvasti plaščar (Didemnum spp), I couldn't find English name. 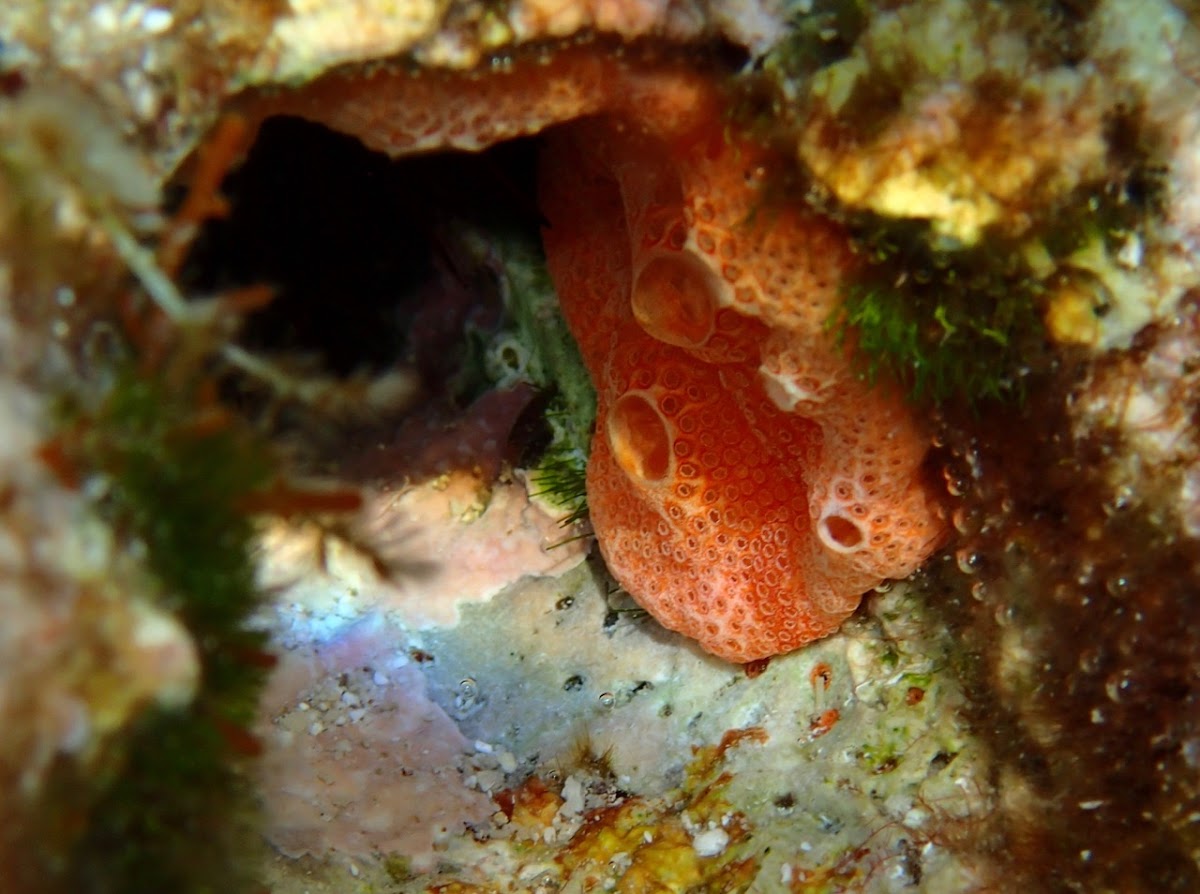 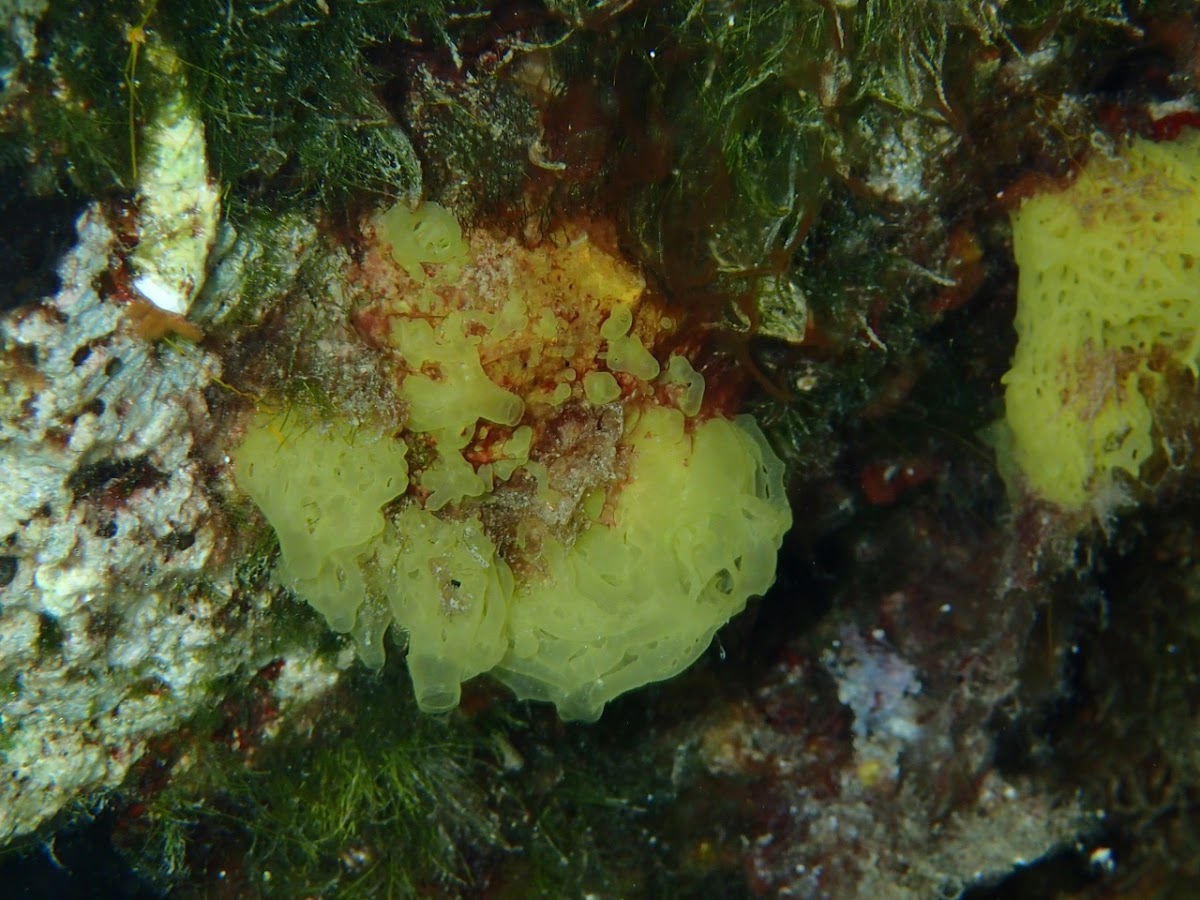 Last year was a year of Striped winged slugs (I couldn't find the English name, so I translated it from German) or pisančkov (Thuridilla hopei). I actually made a photo of Kidney-shaped sponge or ledvičaste spužve (Chondrosia reniformis) and only when I was checking the photos on my computer, I noticed even two of them (two are also on photo with Sea Strawberries above). They managed to sneak up into many photos I made, while I thought I was photographing other things. 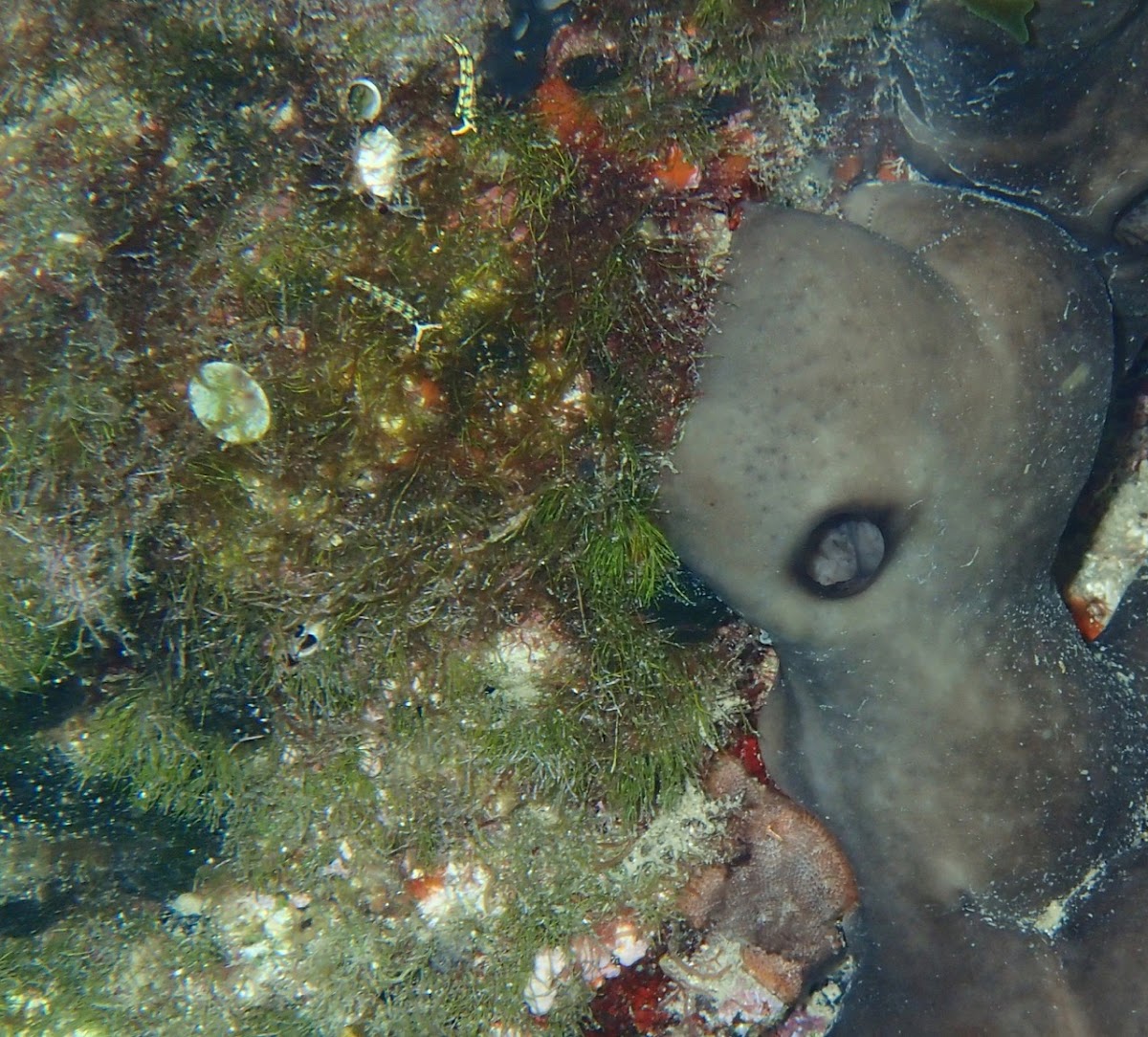 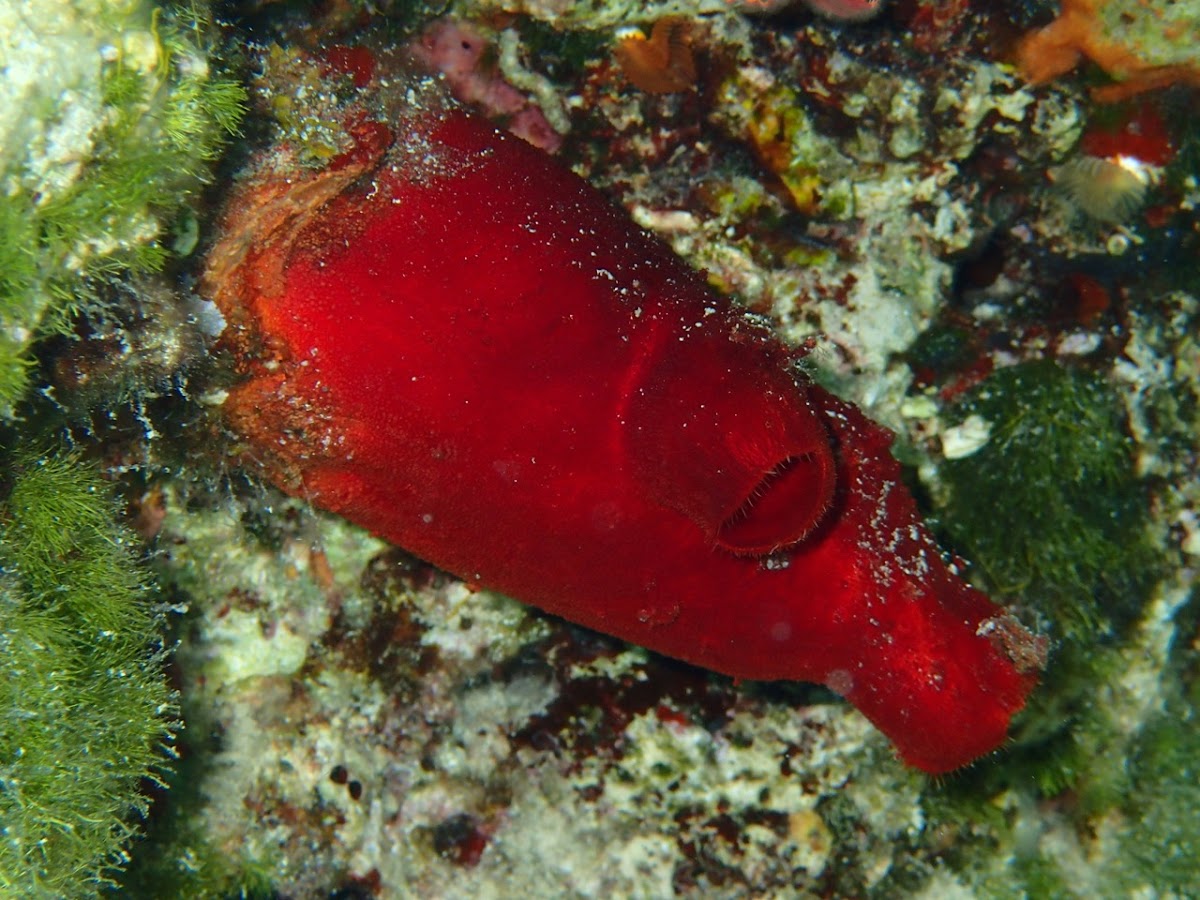 After snorkelling and a lunch we sailed on around the NW edge of Rab and were met with stronger NE wind, which was of course almost exactly the direction in which we were going. It was a rough ride, we even made a short stop at the entrance of Supetarska draga on Rab and discussed searching a shelter for the night. But after an hour we saw the waves at sea getting smaller and white caps disappearing, so we decided to give it a try. We motored through Senj strait and then on between Krk and the mainland and decided to keep going till Klimno.

It was already past 8 in the evening when we anchored in the lagoon. We moved to our buoys the next day, cleaned the boat and then drove home. It was the end of sailing season for that year.