This spring we need to renew the boat registration for Heron. Heron flies Slovenian flag and here the pleasure boat registration has to be renewed every 5 years. But before that, boat must be inspected and before that life raft and fire extinguishers must be serviced, and any expired flares replaced with new ones. It is not only time consuming, but also costly.

Getting the life raft off the boat and bringing it to the servicing shop was already a project. We waited for a weekend with reasonably nice weather, drove to Krk and got the almost 70kg heavy life raft into the dinghy, then onto the pier and then brought it to our car. It was just the two of us and I don't think we would have managed it in wet weather.

Then on another day (with reasonably nice wether) we drove it to Koper to have it serviced.

Here it is already sitting on a nice rug in servicing shop. 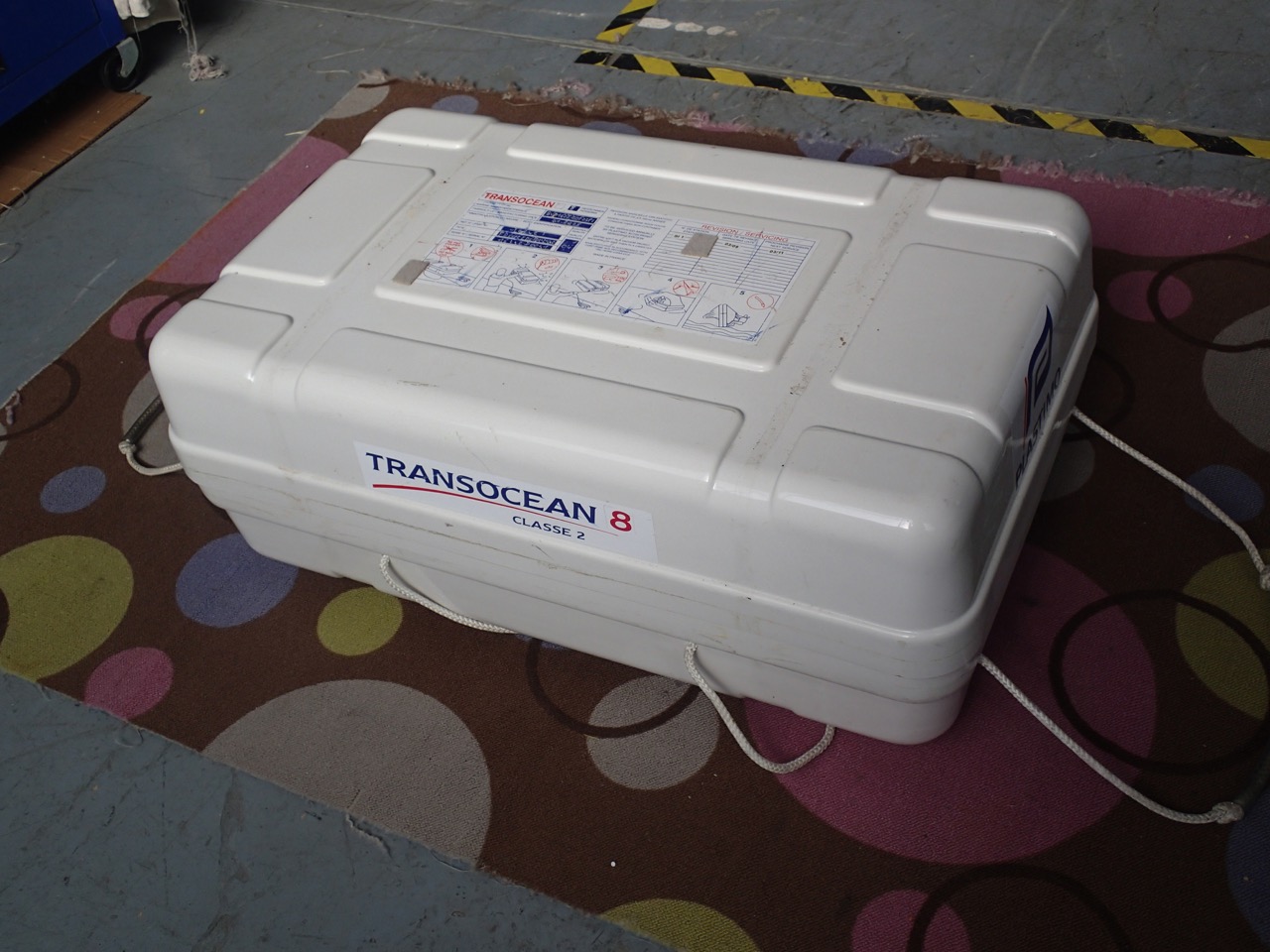 It was then opened... 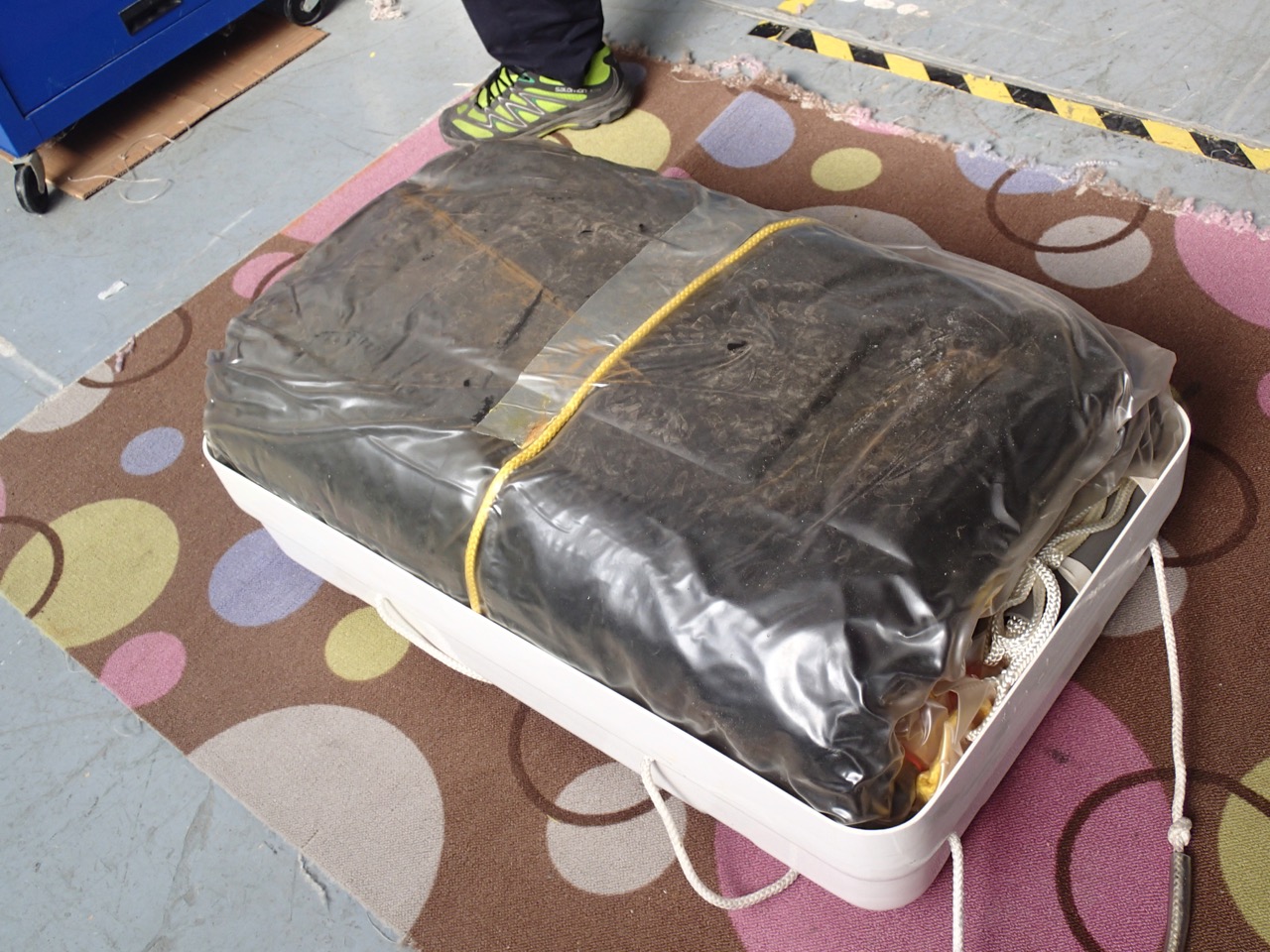 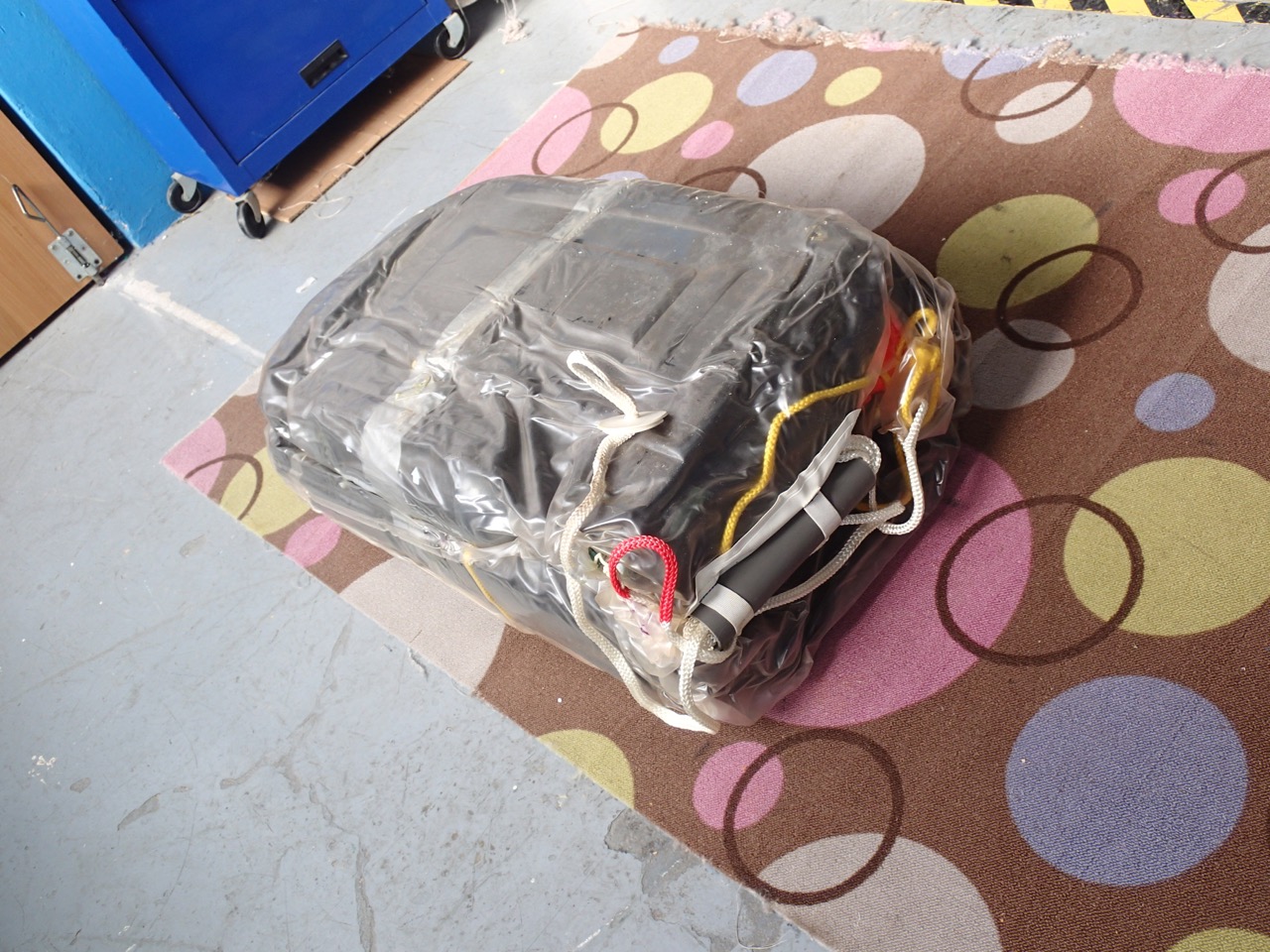 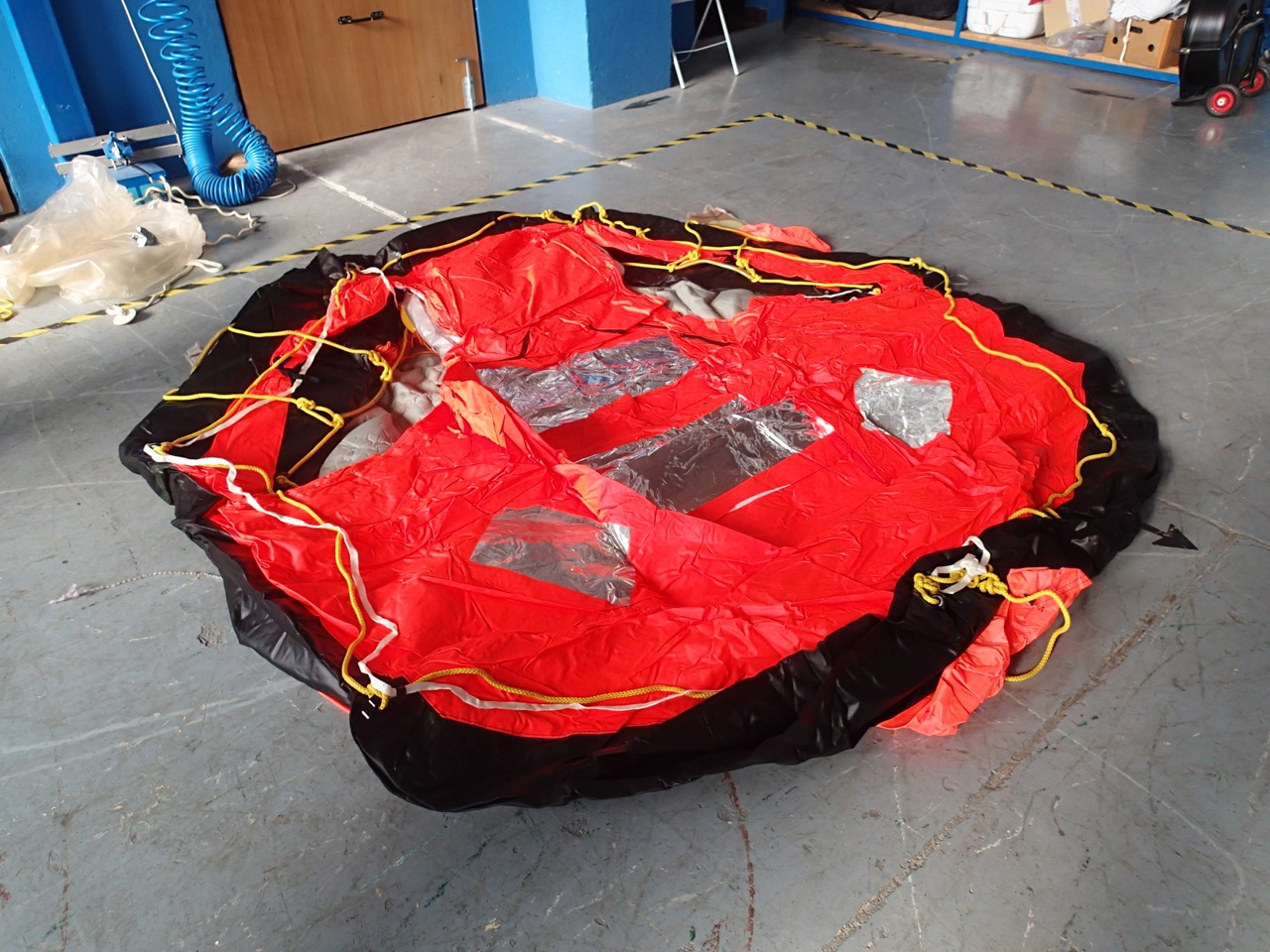 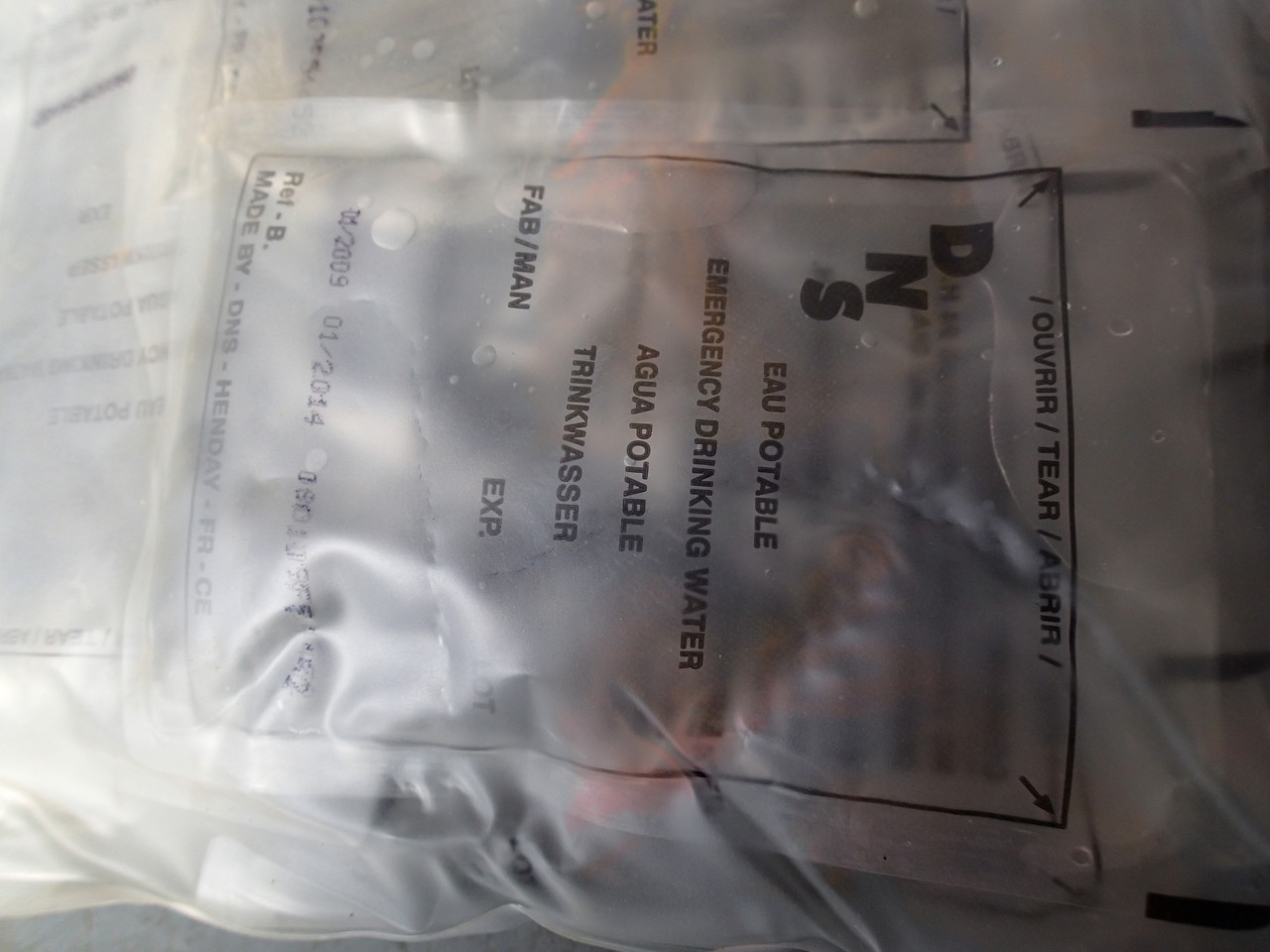 ... and the dry food was removed, both was already expired. 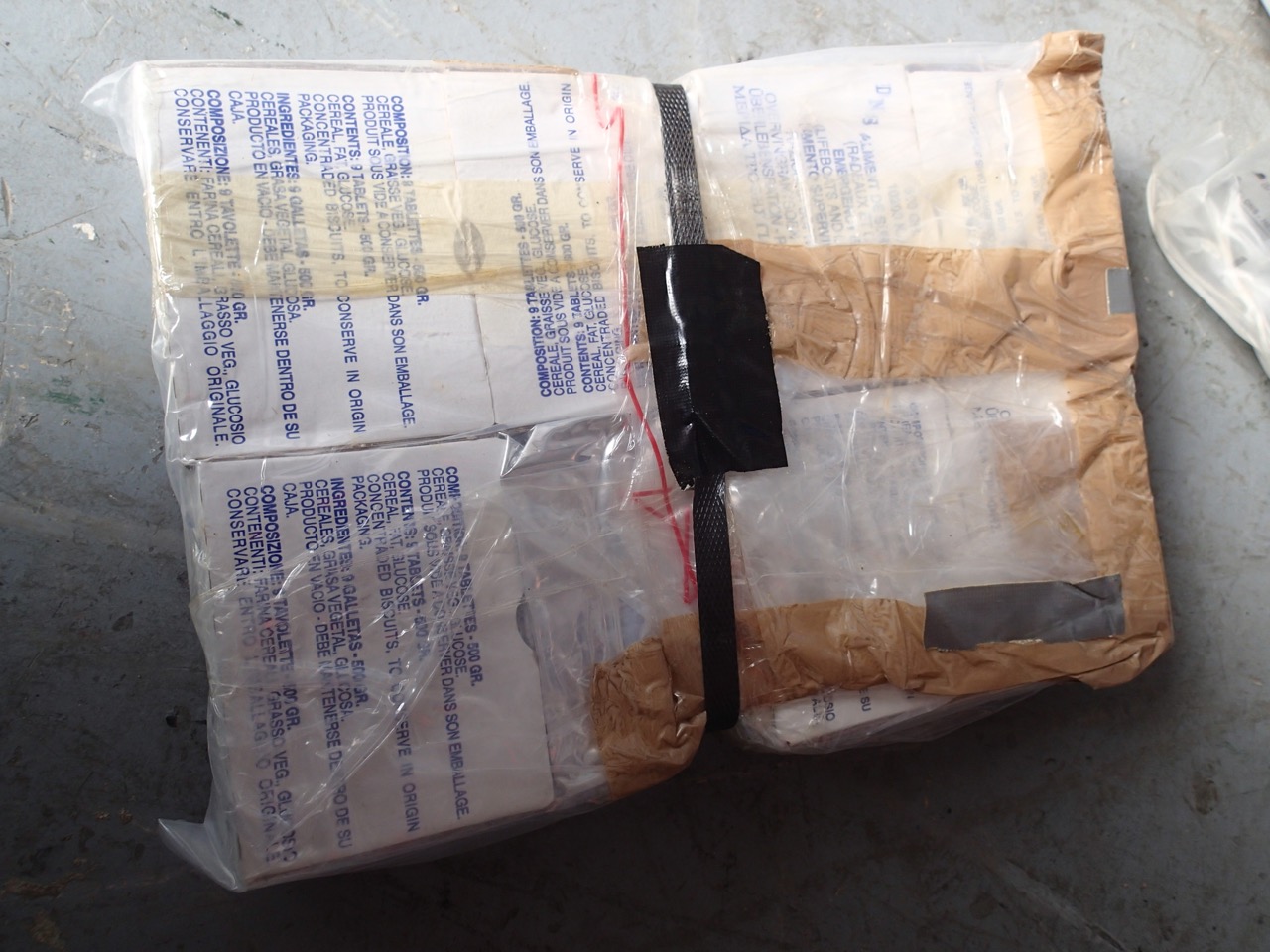 The raft was inflated with the air pistol similar like it is used for car tires. They didn't use the life raft's gas tank for it, or they would have to replace that too and it would cost another 100 something eur. But like the fire extinguishers the gas tank is checked for its weight and pressure too. 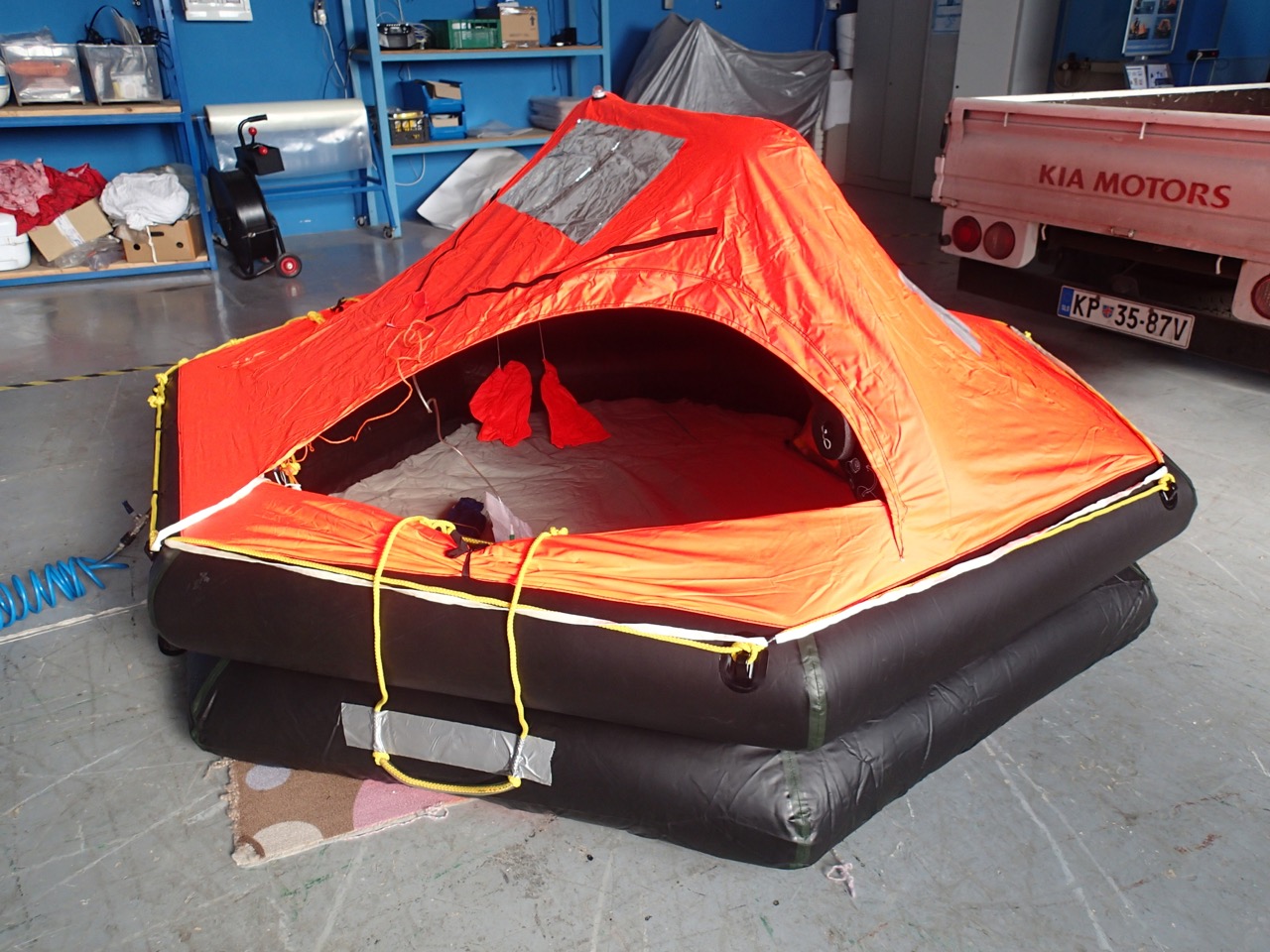 The plastic hose with the bag at it's end is used to capture the rain from the "roof", the quantity of water supply in life raft is not very big, just 1,5 litre per person. 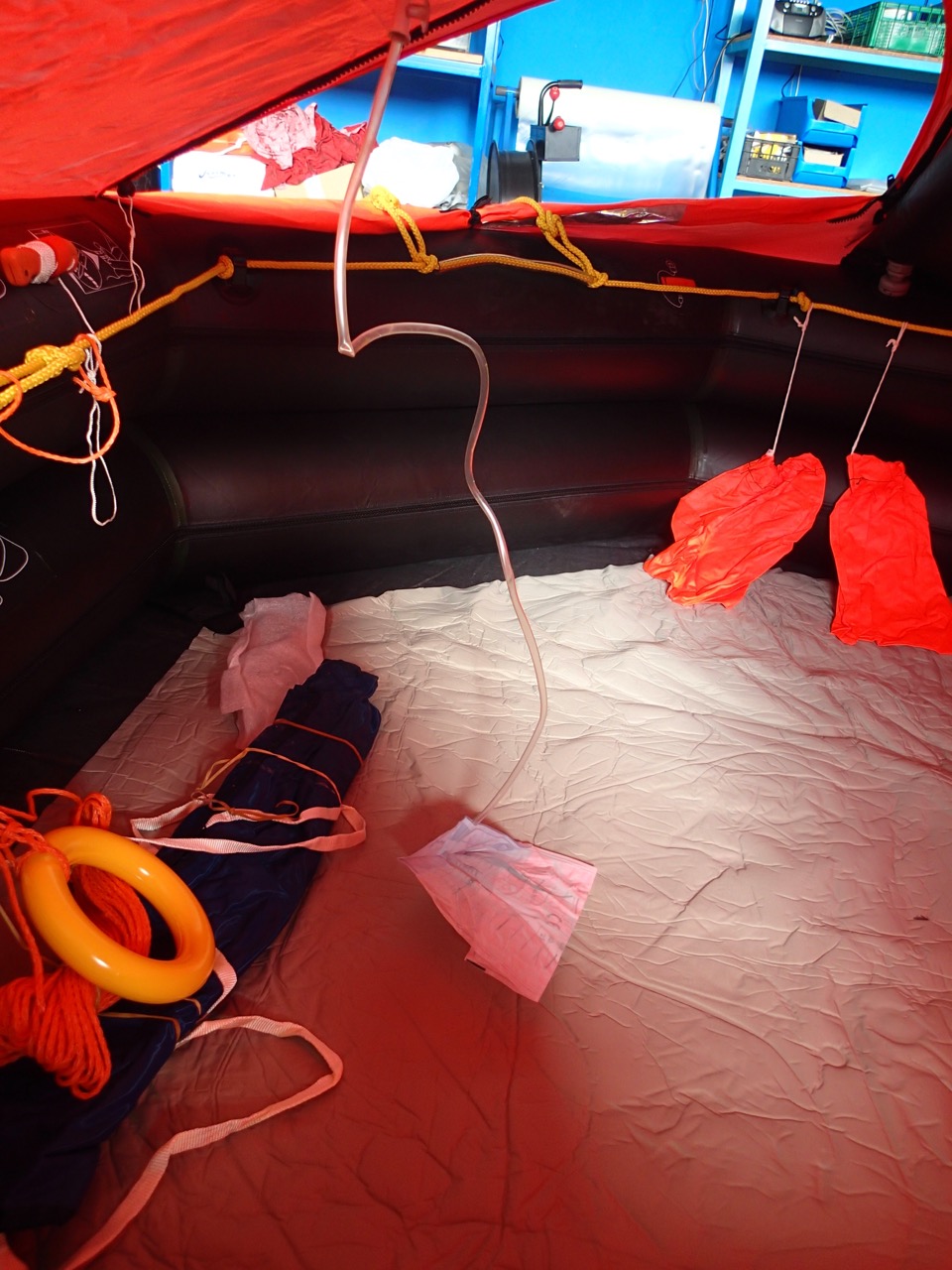 There's a lot of other stuff in the raft, like the torch, batteries, flares,... 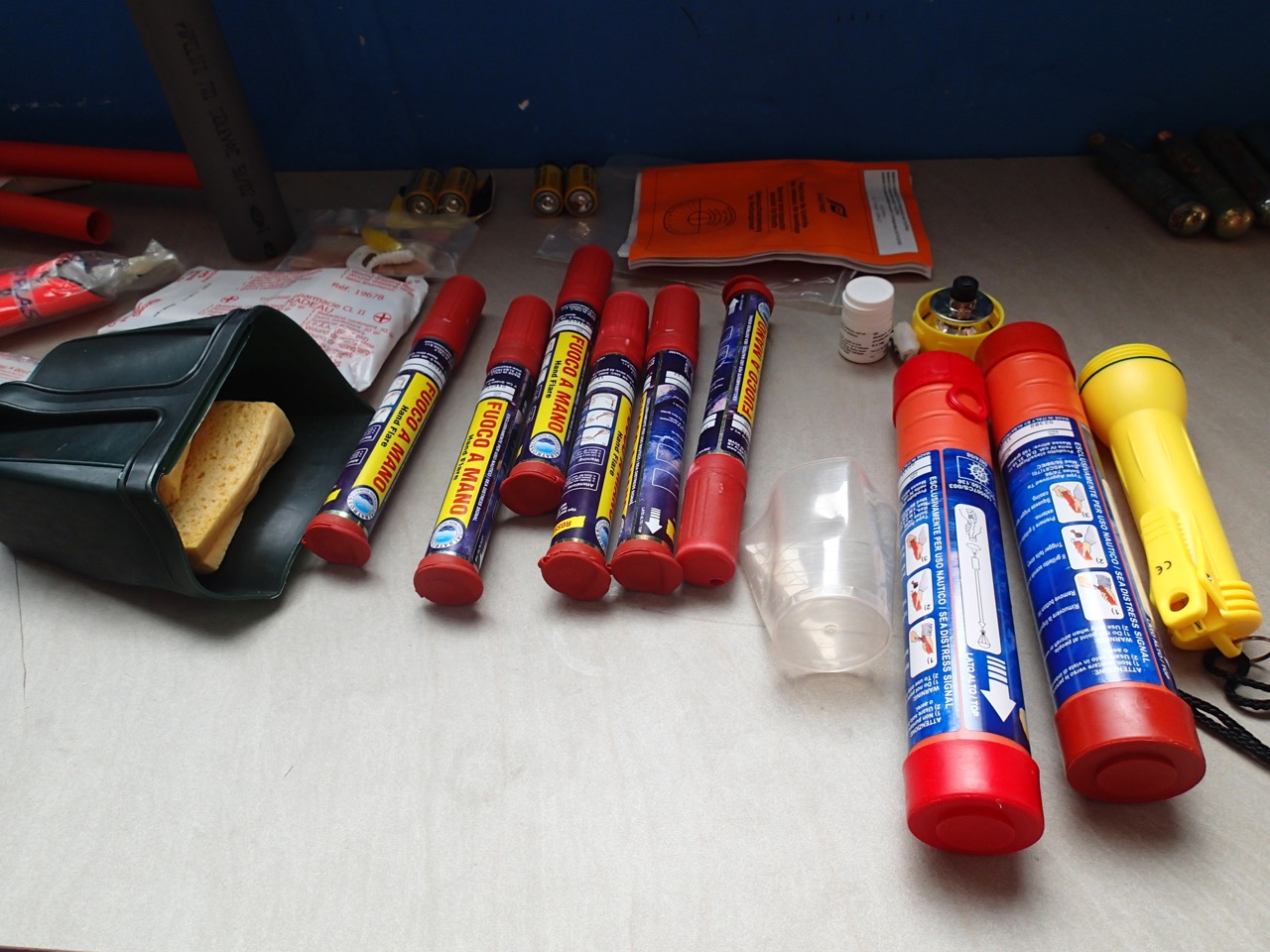 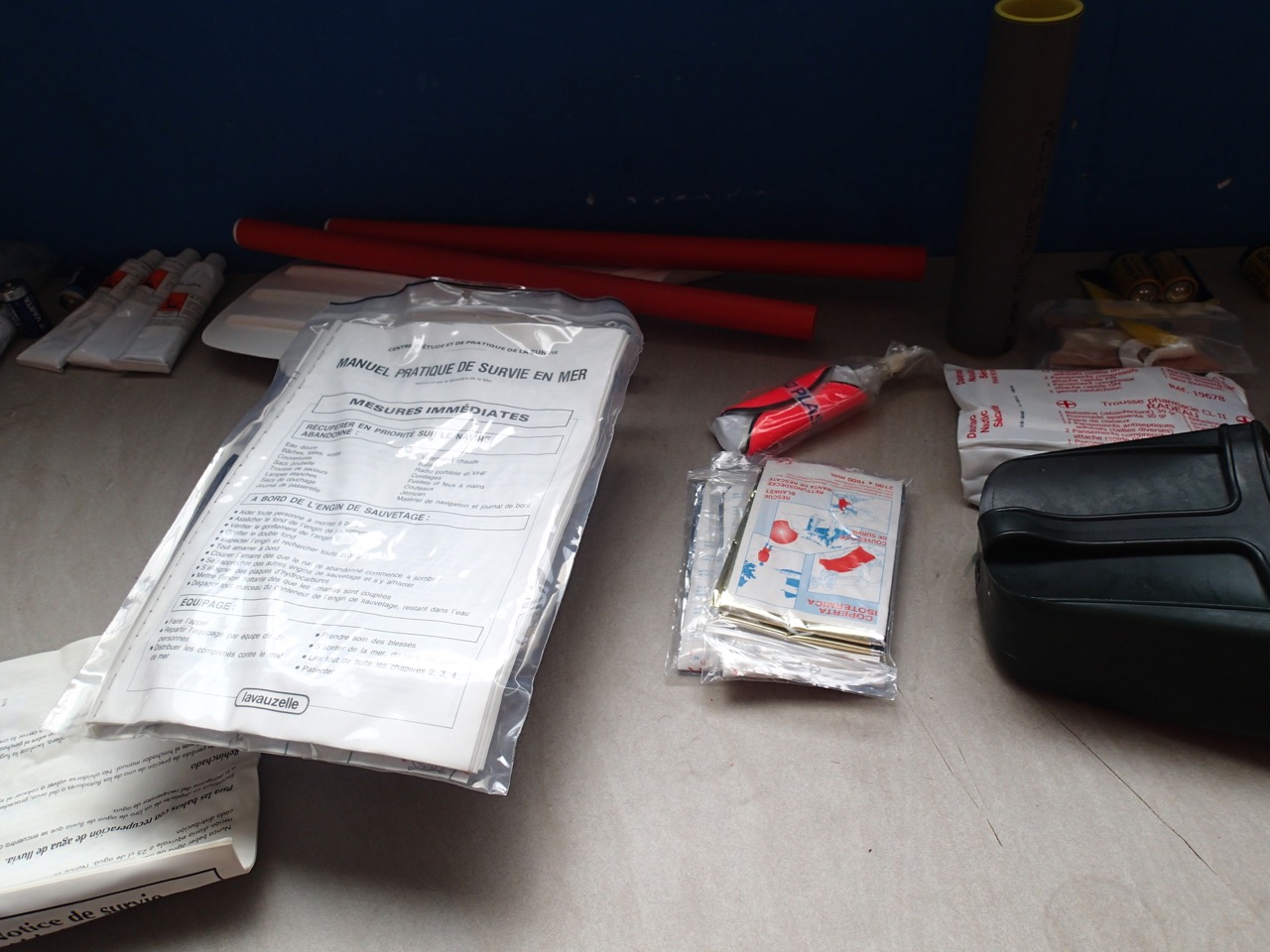 ... and fishing kit. It is all checked and everything that is expired, is replaced before raft is packed back in its shell again.. 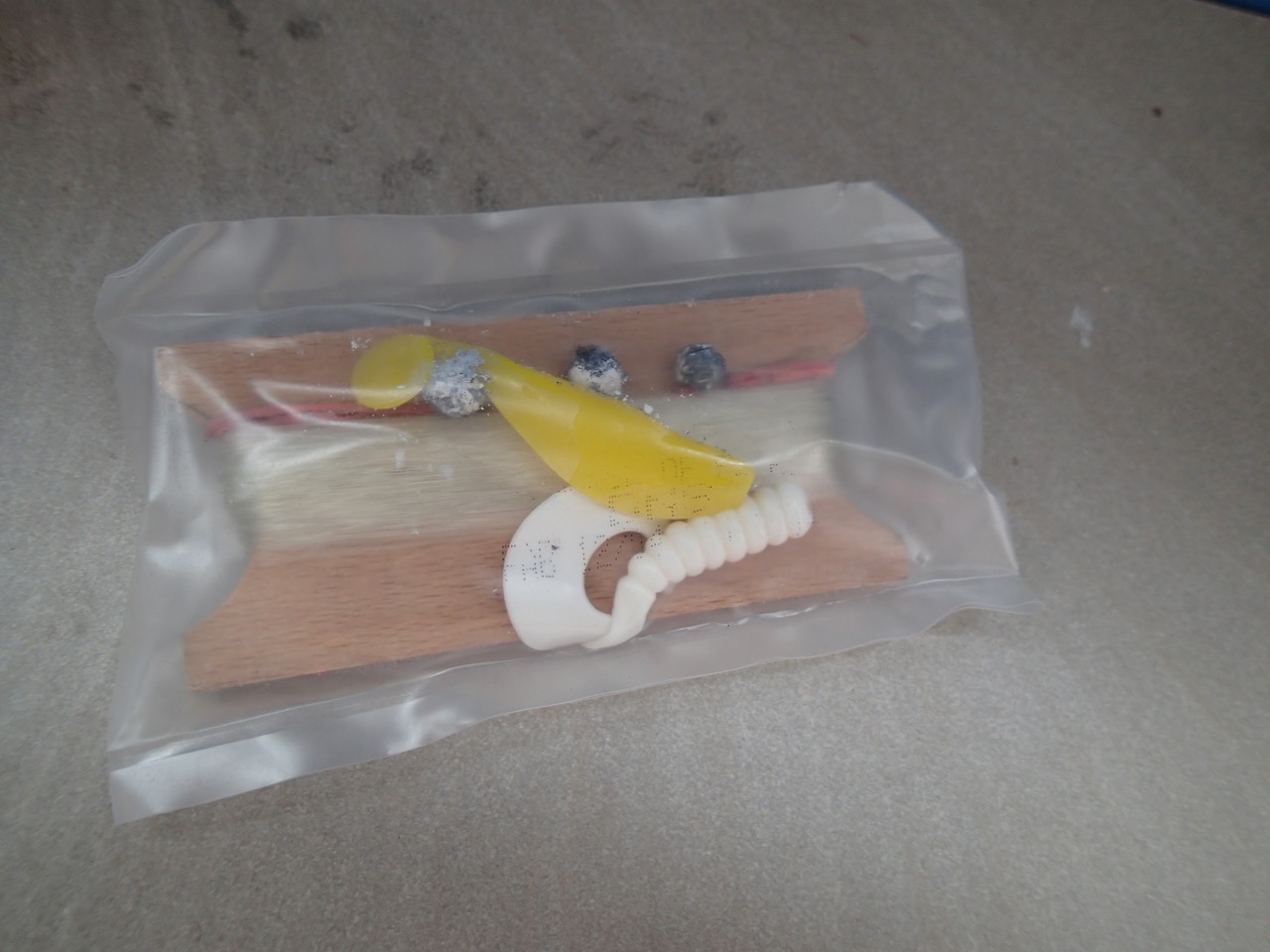 This was the first time that we saw how our life raft really looks like, so we took a good look. Especially the captain. And we were both happy with it's quality. 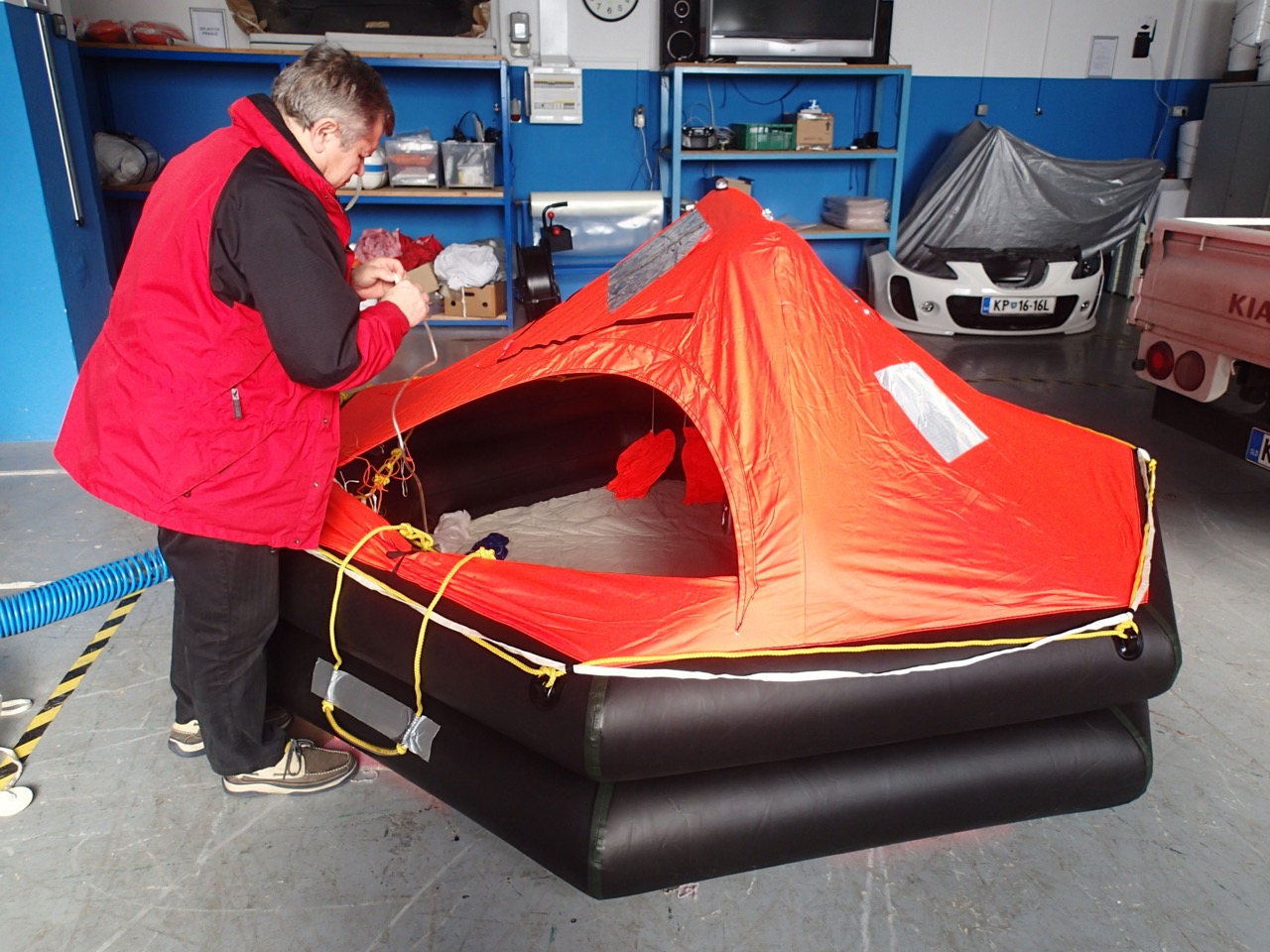 After life raft is inflated they leave it for couple of hours to check if it is leaking. That meant that we had to leave it in the shop and would not get it back that day.

We decided to make a good use of the rest of the nice day. Our first stop was the marsh near Koper, there's a lot of birds there. We saw and heard plenty of them, but none came close enough to make a decent photo. 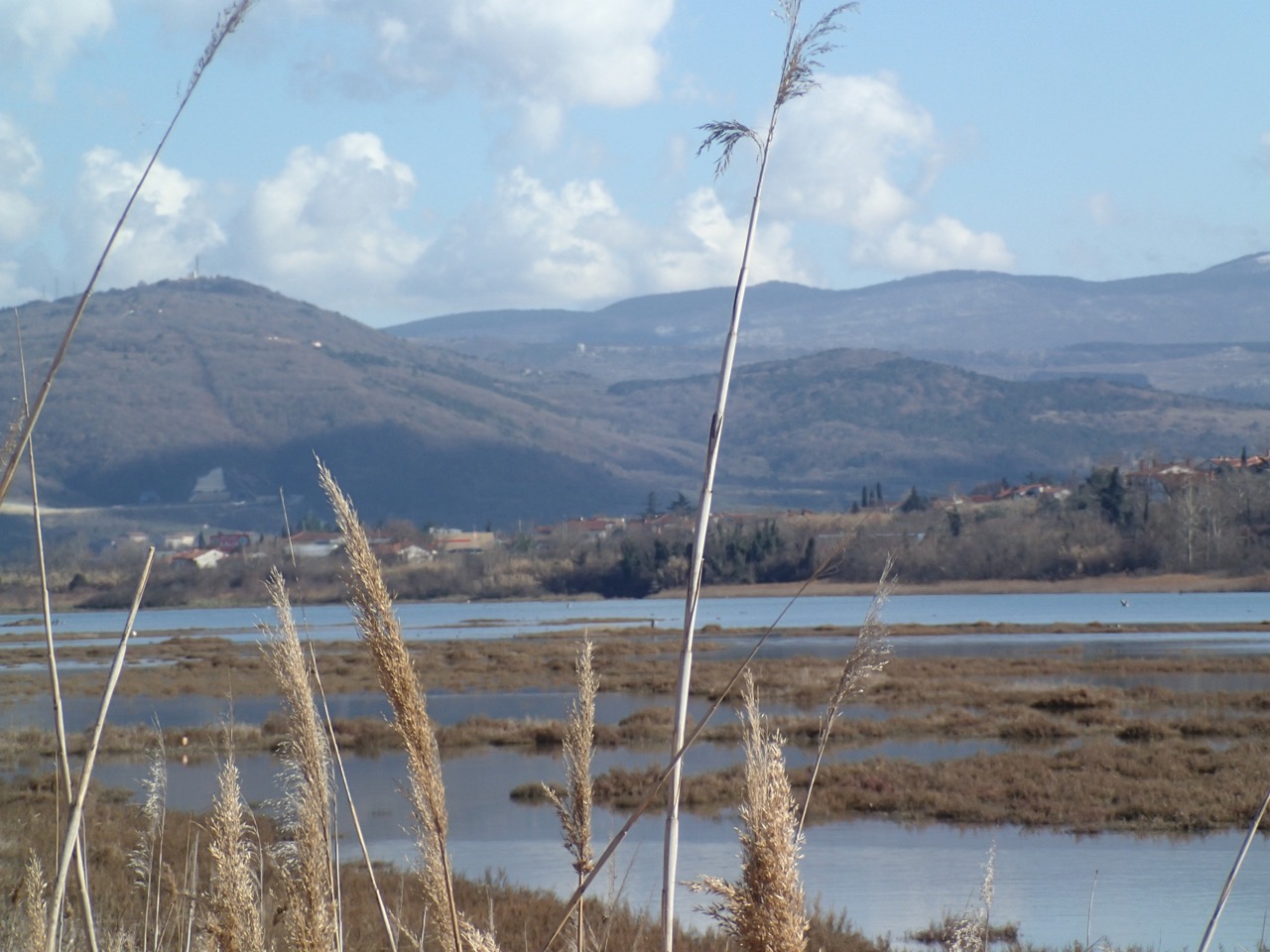 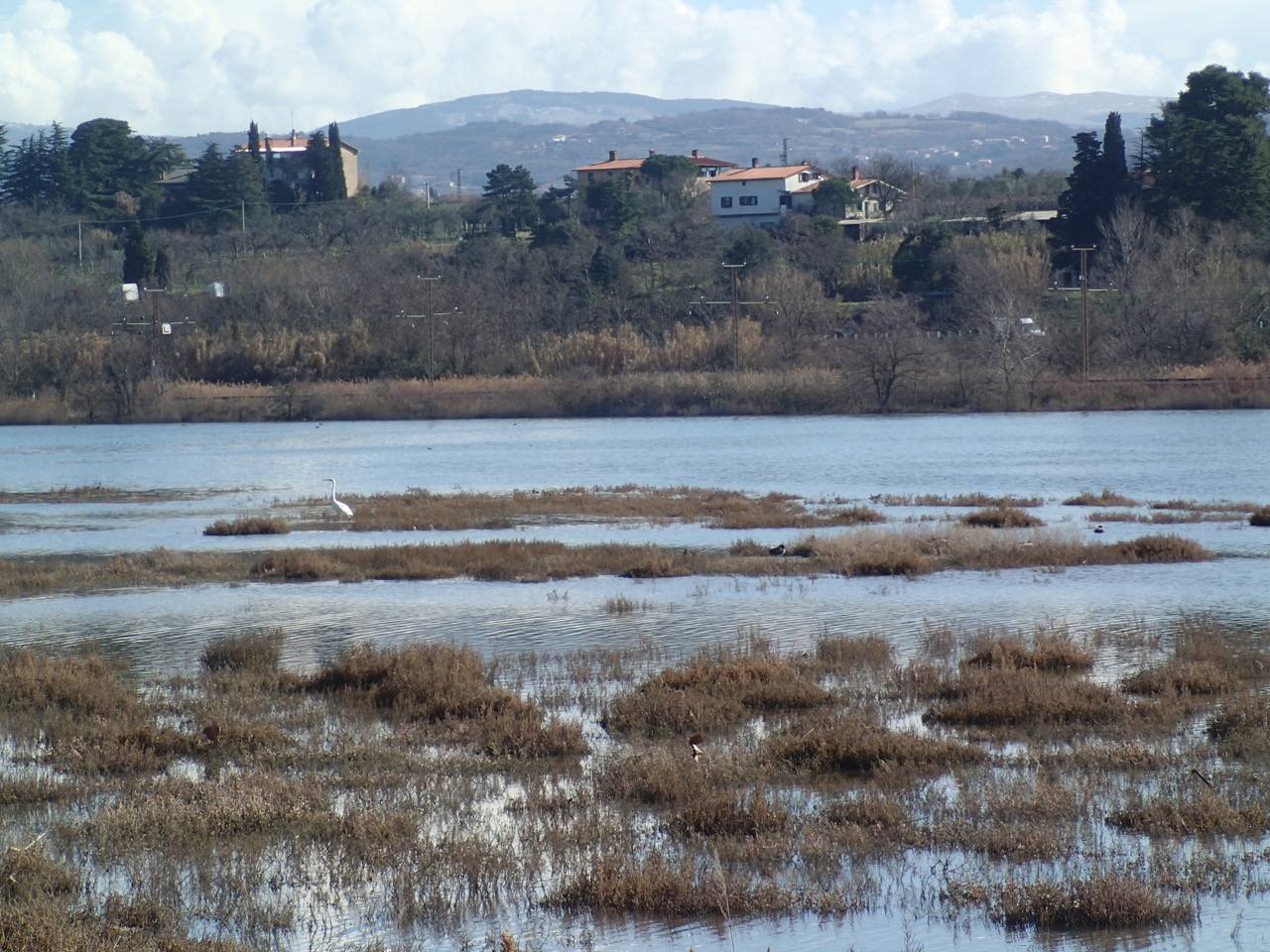 Not even when we were hidden behind a wall... Our next stop was at the salt plants at Strunjan. It consists of several channels... 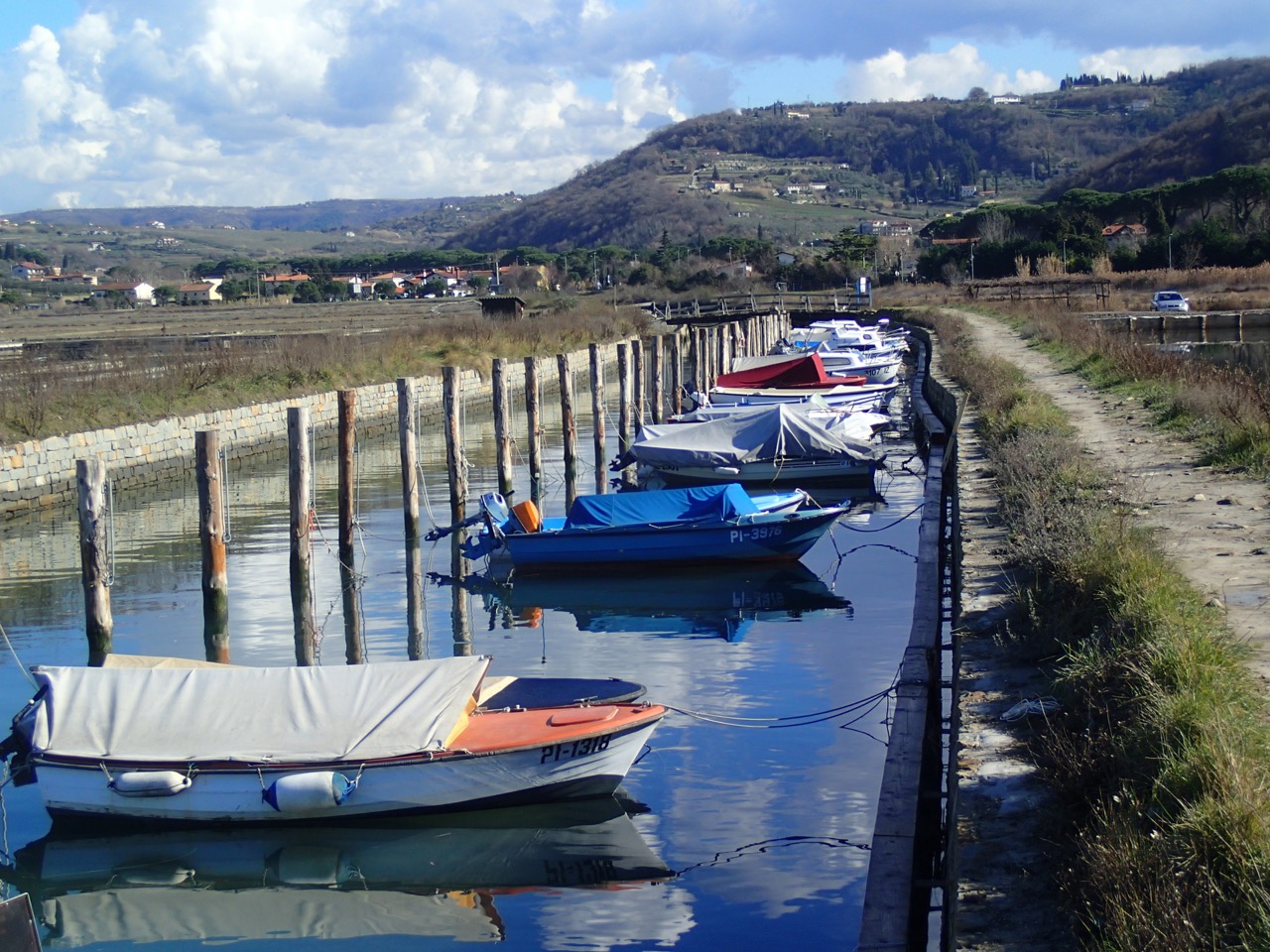 ... and a lot of basins where the sea water is left to evaporate and the salt is then collected. Here it is all still done by hand, the old way. 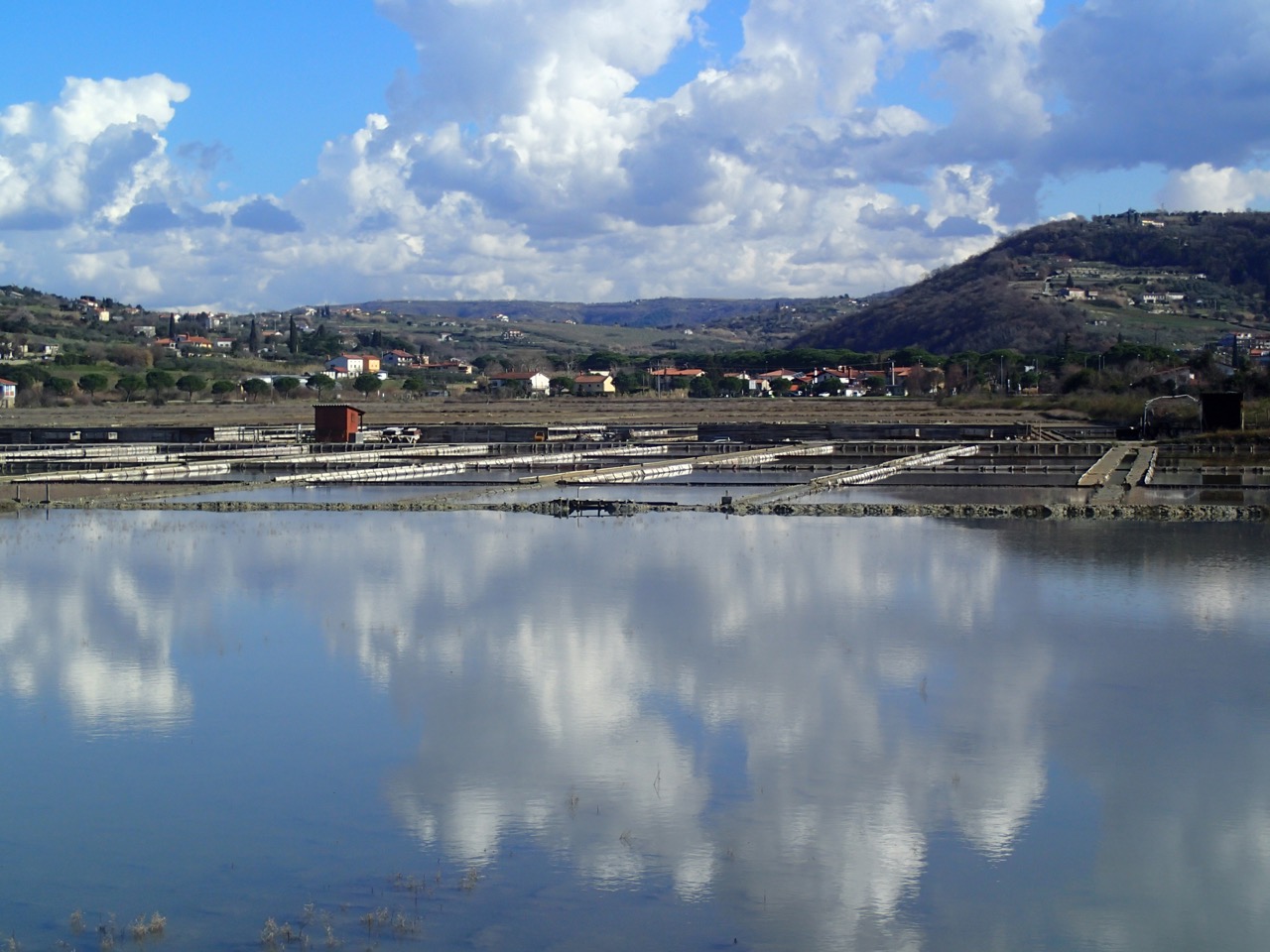 In winter the salt production is not possible due to low temperatures and not enough sun, and seagulls and other birds have the basins all to themselves. 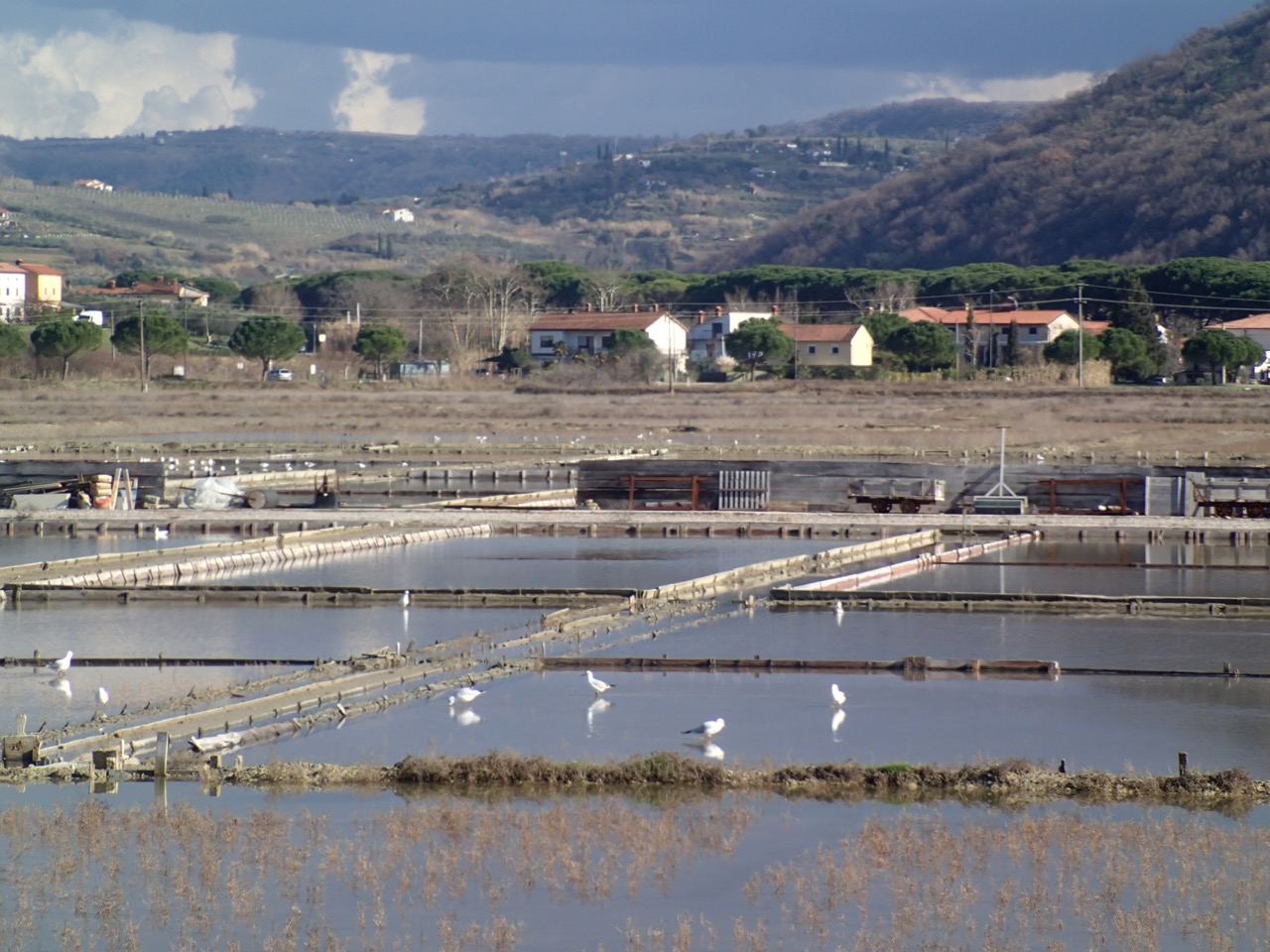 We also found this pretty jellyfish. 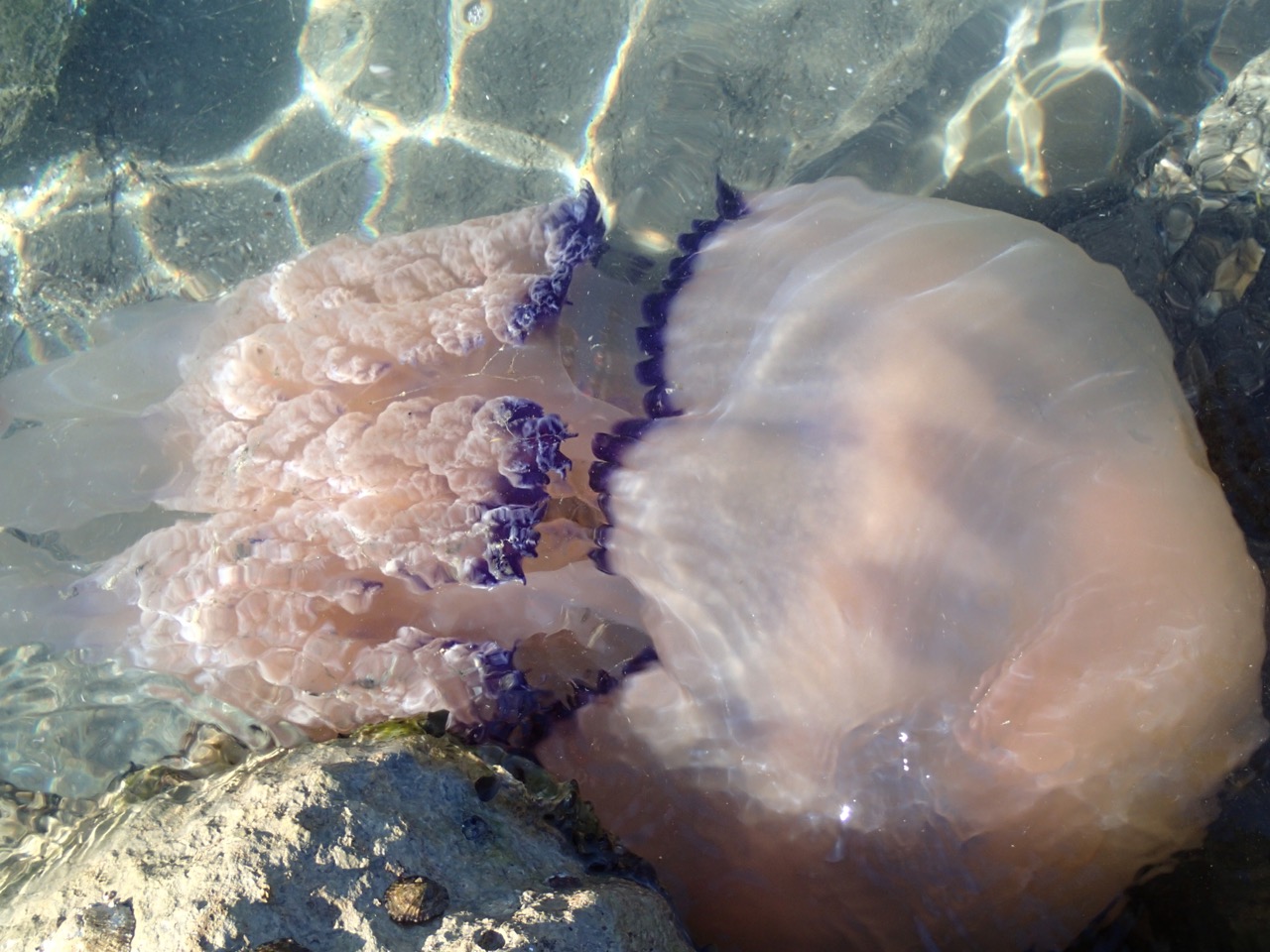 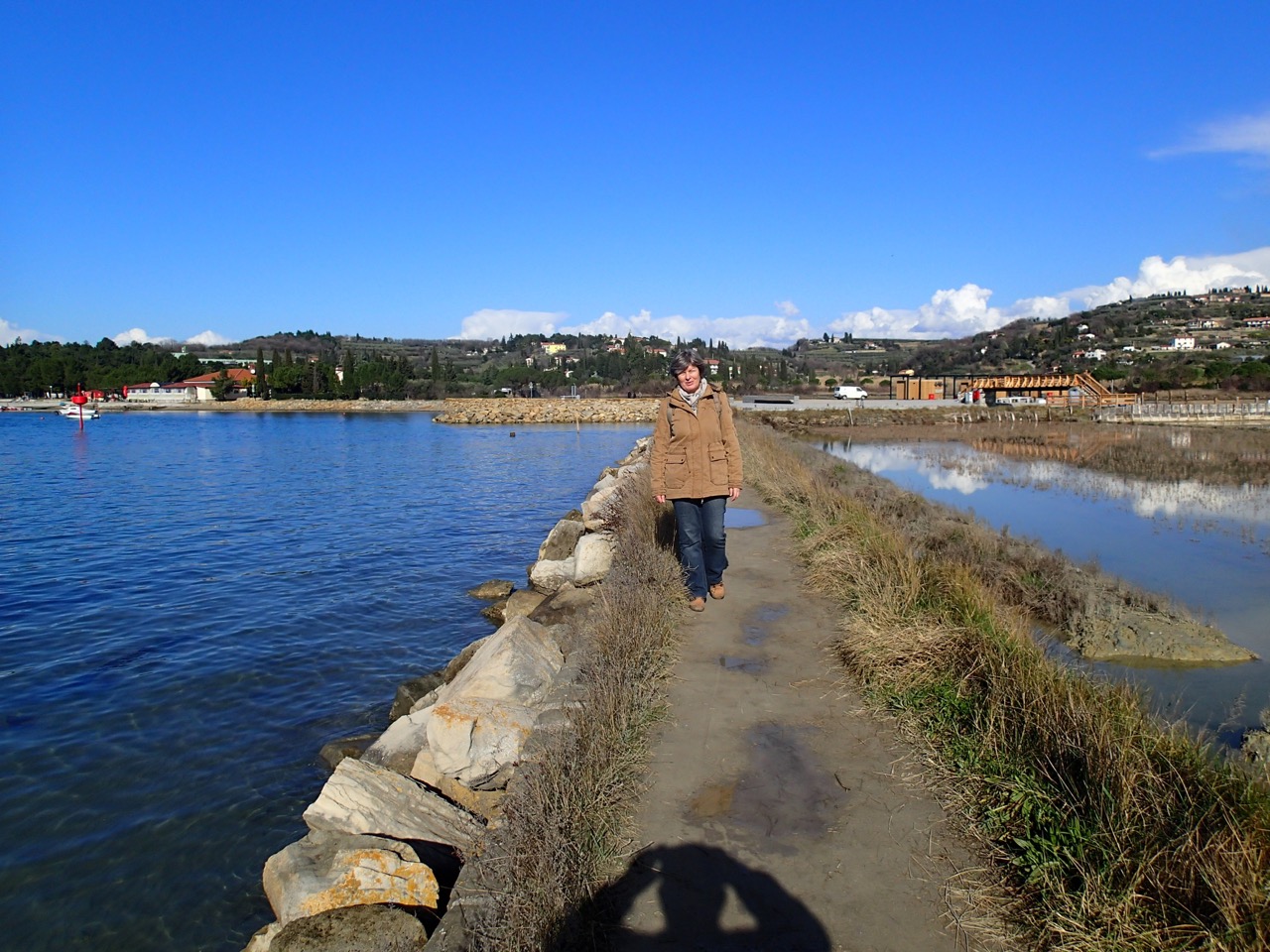 On early afternoon some very dark and mean clouds started to appear to the East. Later as we drove home, we saw fresh snow near Postojna (some 30km inland), that probably came from these clouds. 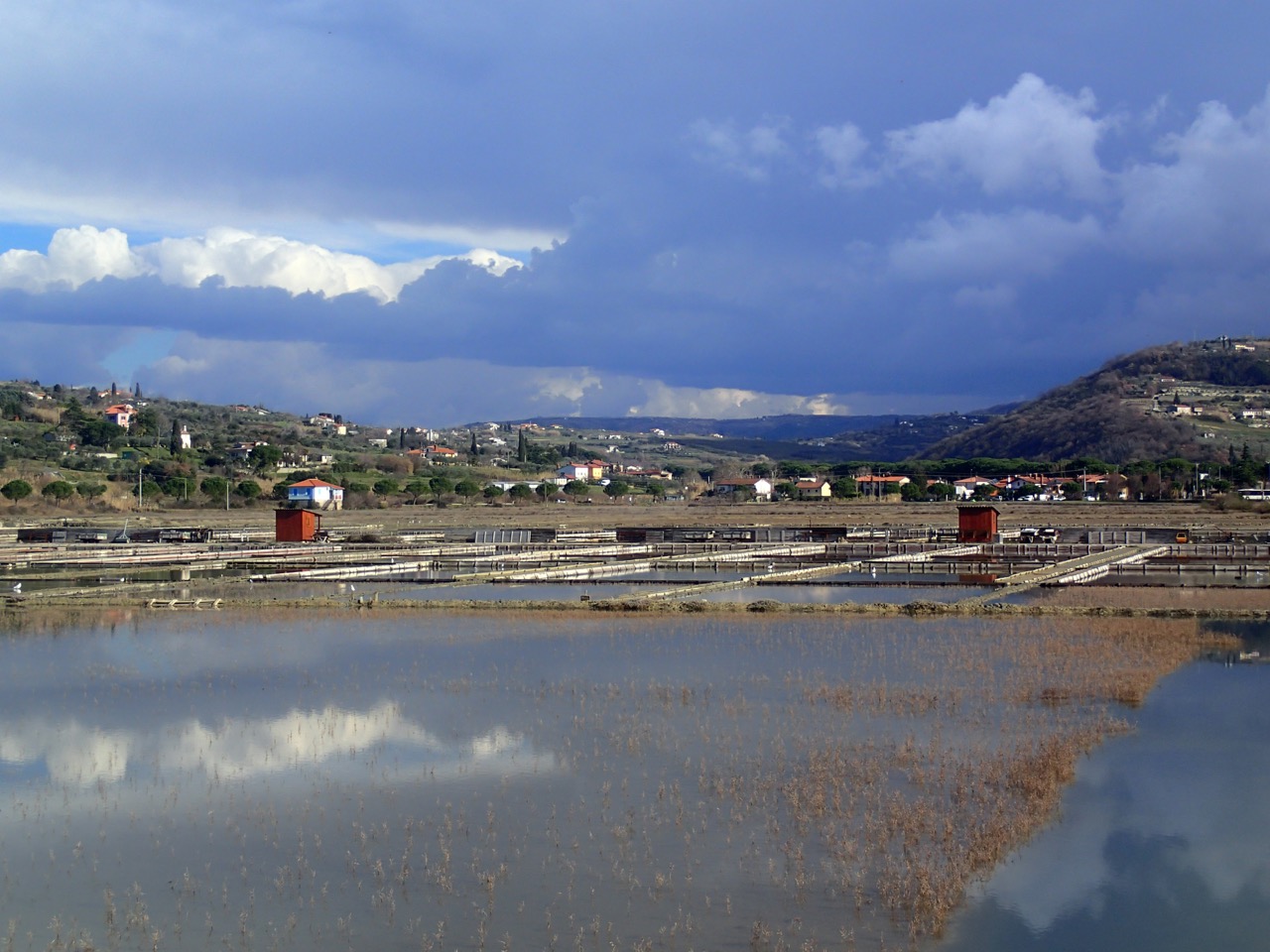 But looking towards West it could have been a summer day. 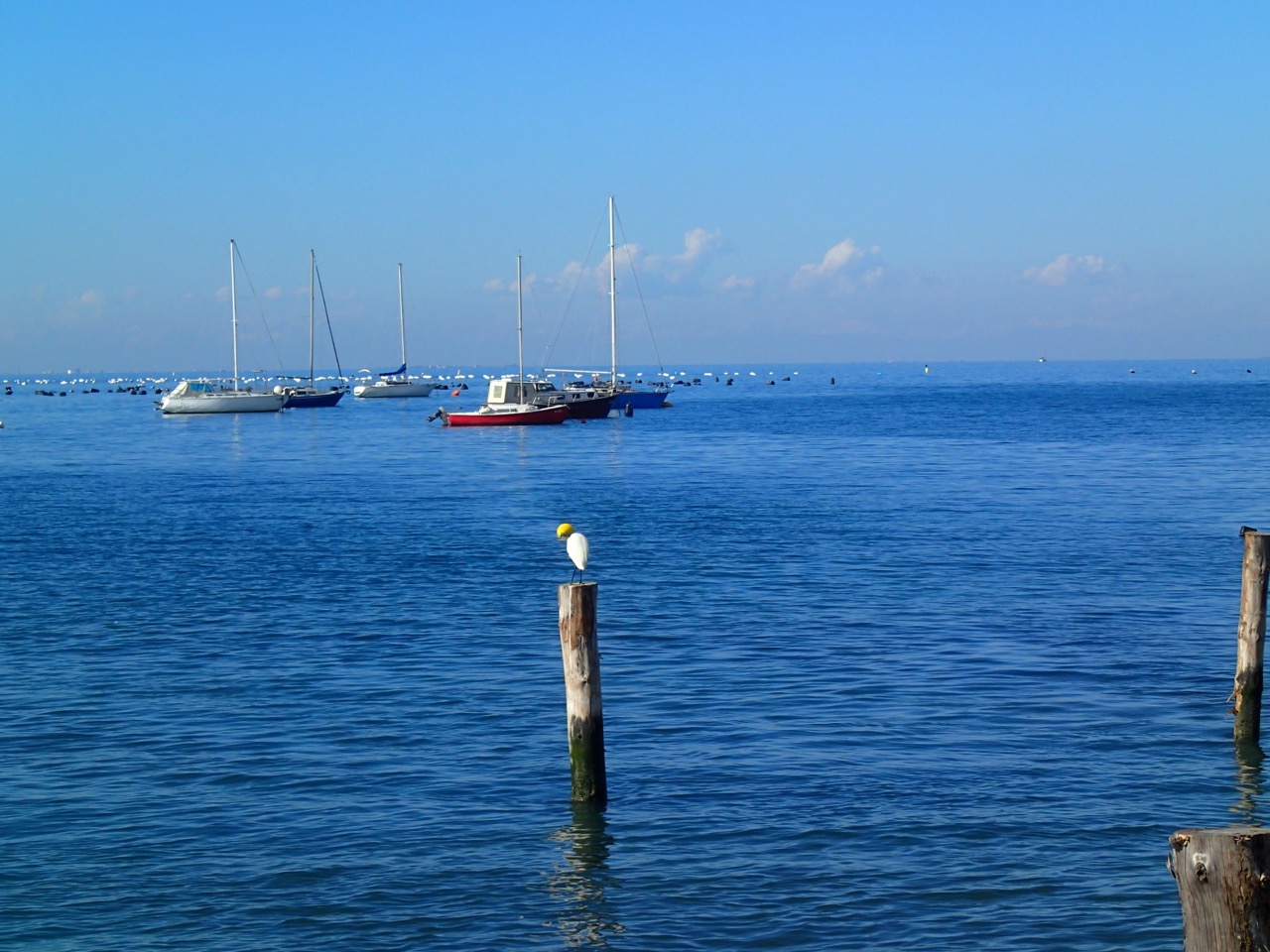 Our next stop was Izola. We had a very delicious pizza there, and even ate it on the terrace of the restaurant. It wasnt very warm, maybe around 12 deg C, but there was snow forecast for next couple of days, so we wanted to make the most of the sun and the weather and also the nice area.


After the lunch we made a stroll around the marina and the piers. Here are the cormorants, drying their plumage, sitting on a half sunken dinghy. 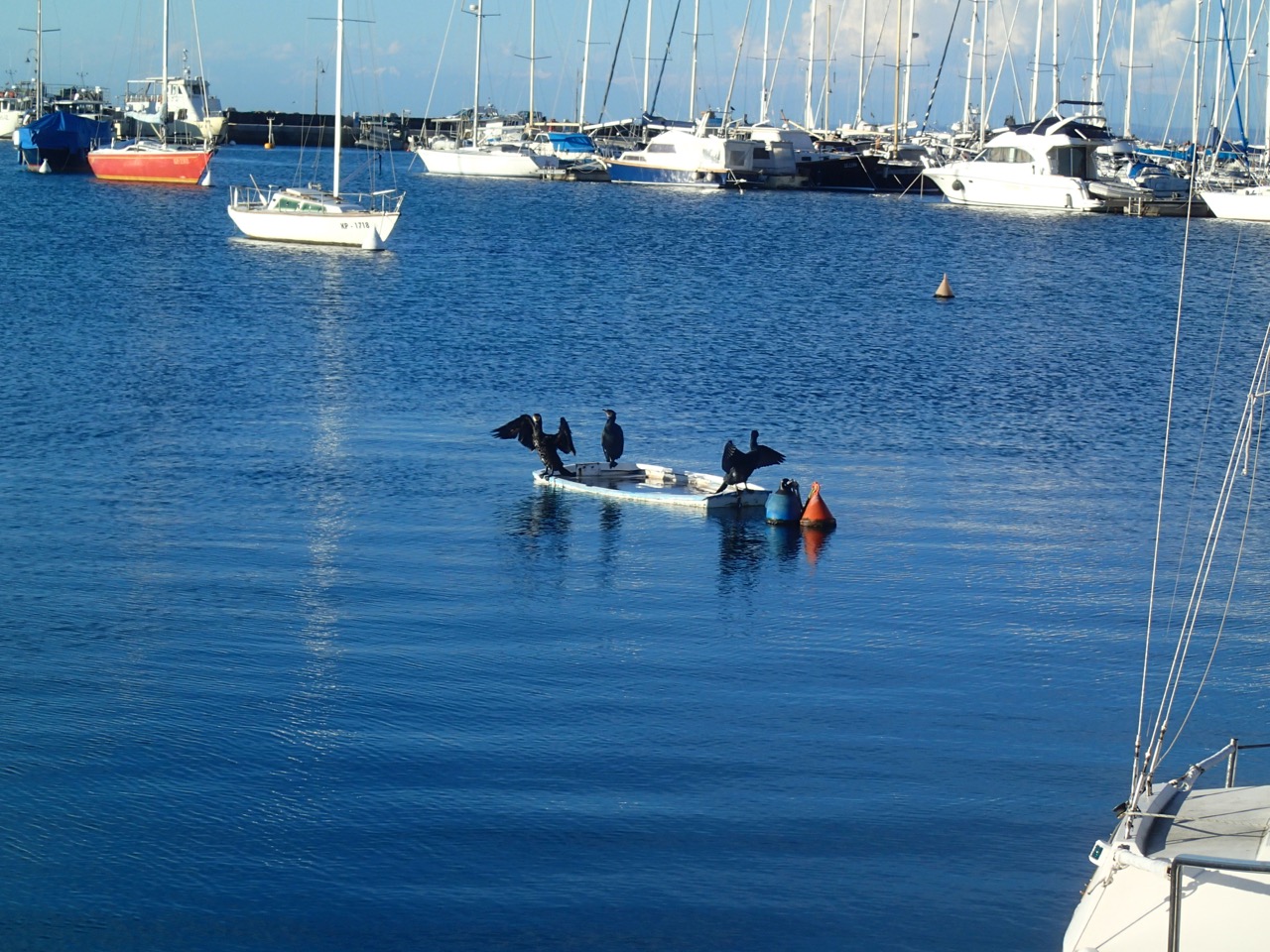 One of Izola's piers, in the back below the clouds there is already Italian coast. 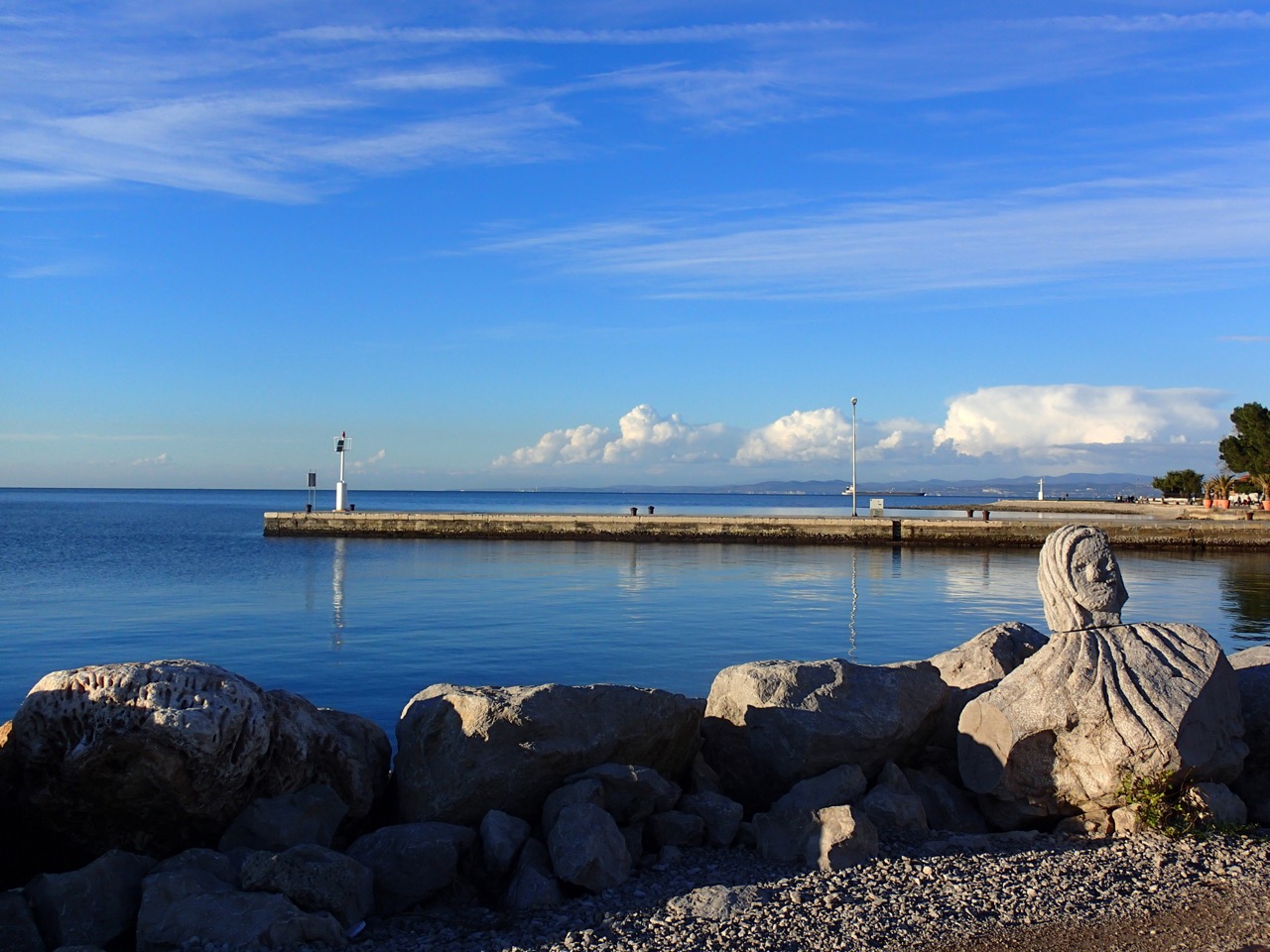 We picked the life raft a week later and then drove it from Koper directly to Heron. Again it was just the two of us lifting the heavy thing from the car to dinghy and onto the boat again.

And in the meantime we also serviced fire extinguishers and replaced expired flares and successfully completed the boat inspection.
Posted by Heron at 6:34:00 PM 2 comments: