Last week we finally made a road trip to Lake Garda. It's been on my to-do list for many years now, but somehow it was never the right time to do it or there was something else that had higher priority. Even this year we had problems finding 3 days for the trip, but I'm really glad we did. I divided photos in three parts, so there will be three posts, so they will be easier to read and foremost easier and faster to write.

We drove off on Tuesday morning, not as early as we planned, and decided to travel on local roads, not on highways. I'm not sure if it was such a great decision, since it took us quite a long time to get to Portogruaro, due to very heavy traffic and lots of roadworks. We made a stop not only to take a look at the town, but also because we were tired of slow driving in heavy traffic on such a hot day. Portogruaro made it all worth it. First we found a free parking, then we discovered a very pretty old town, and found some delicious ice cream. Funny how little it takes sometimes.
After the ice cream we were ready to explore the town a bit, despite the heath. This is Portogruaro town house... 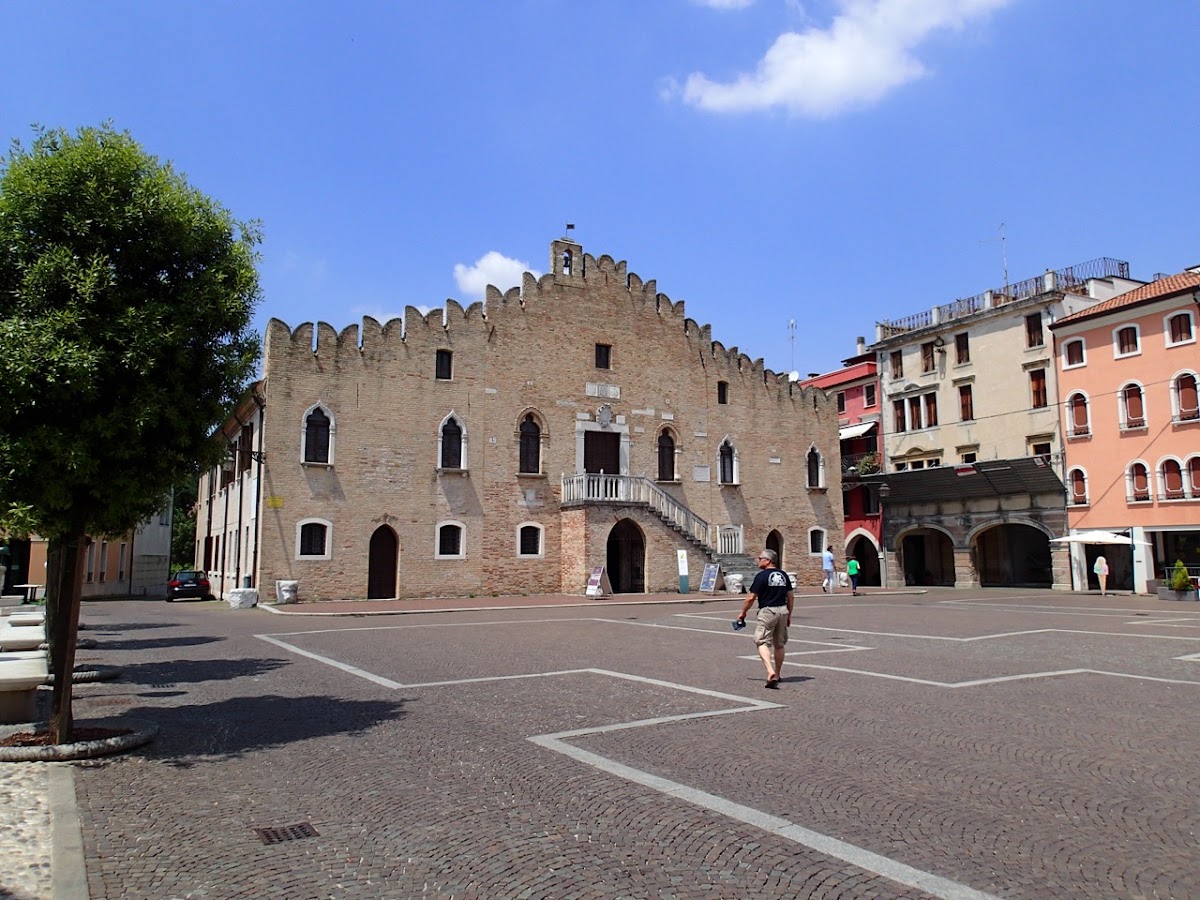 ... and this the leaning church tower - the palm directly in front of it and the lamp posts are vertical and if you look closely there's the metal rod connecting the tower to the church and keeping it from ending up on top of the church. 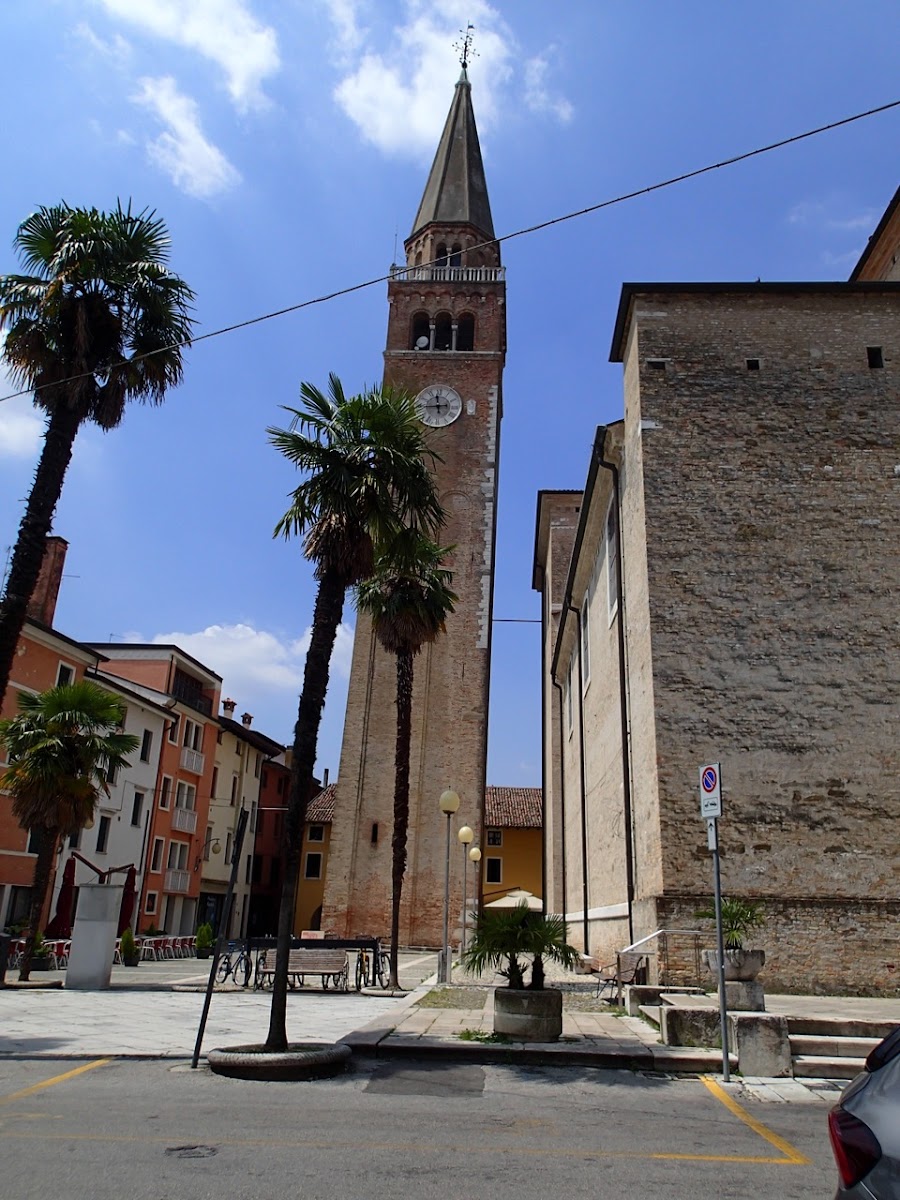 There is a lot of small rivers in the town ... 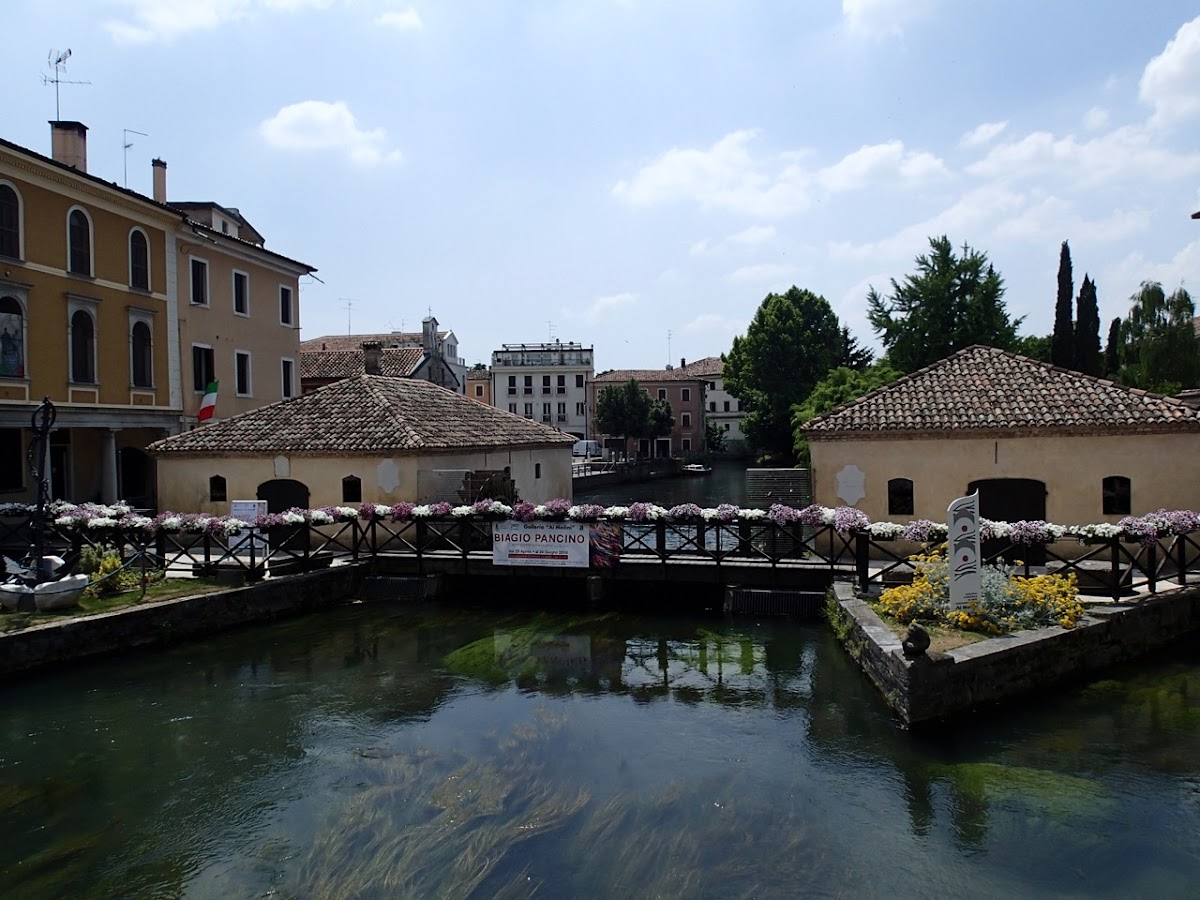 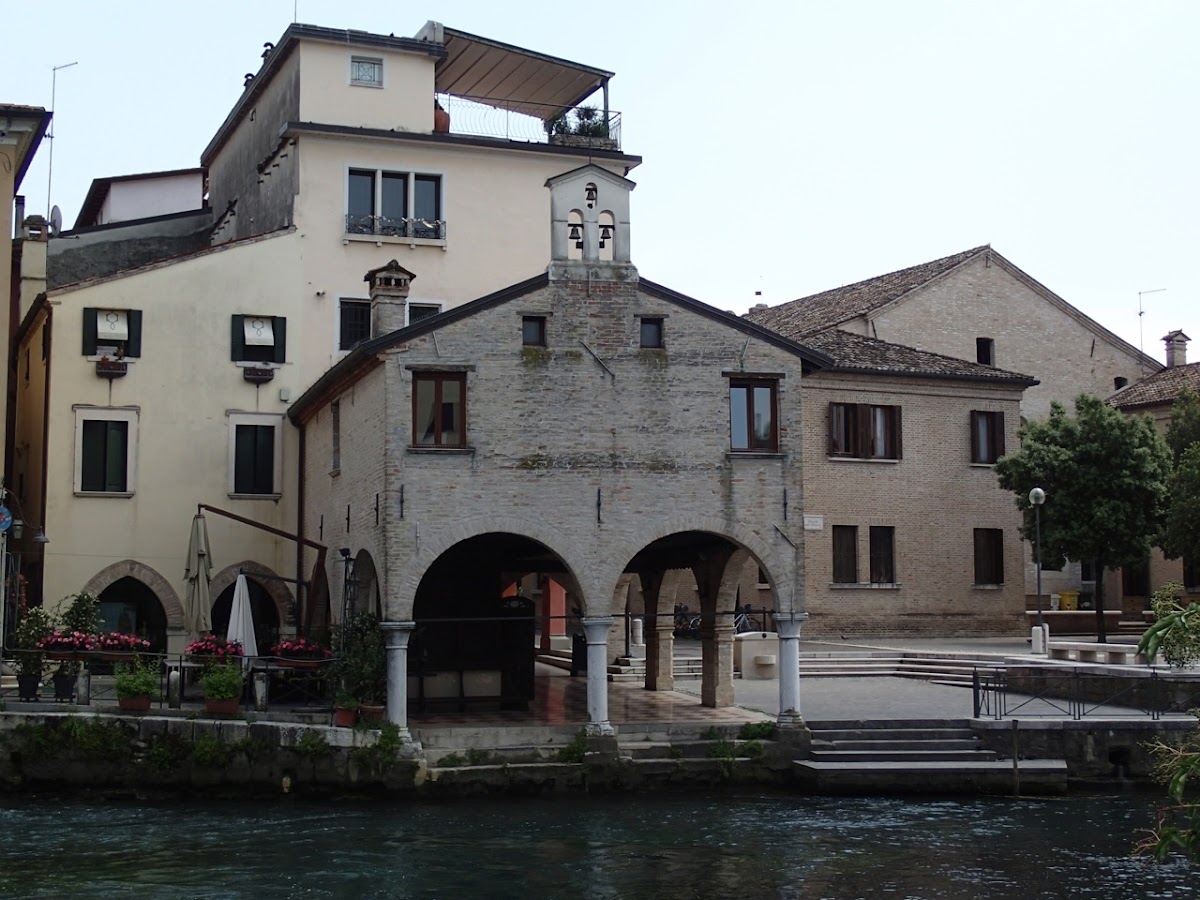 And near those streams I discovered plenty of beautiful Banded demoiselles or pasastih bleščavcev (Calopteryx splendens). This is a male sitting on a branch ... 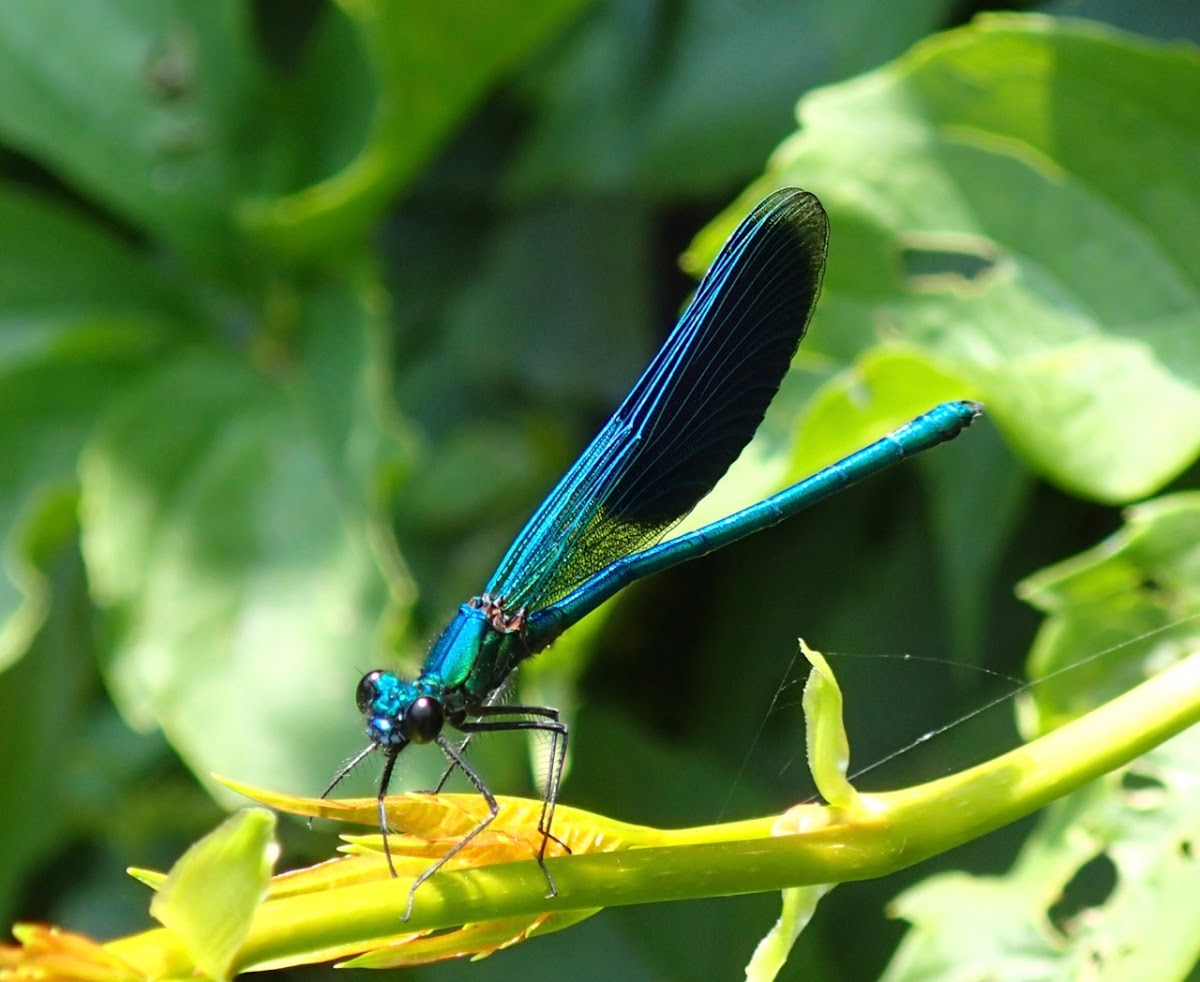 ... and here are two females sitting on nearby bamboo. 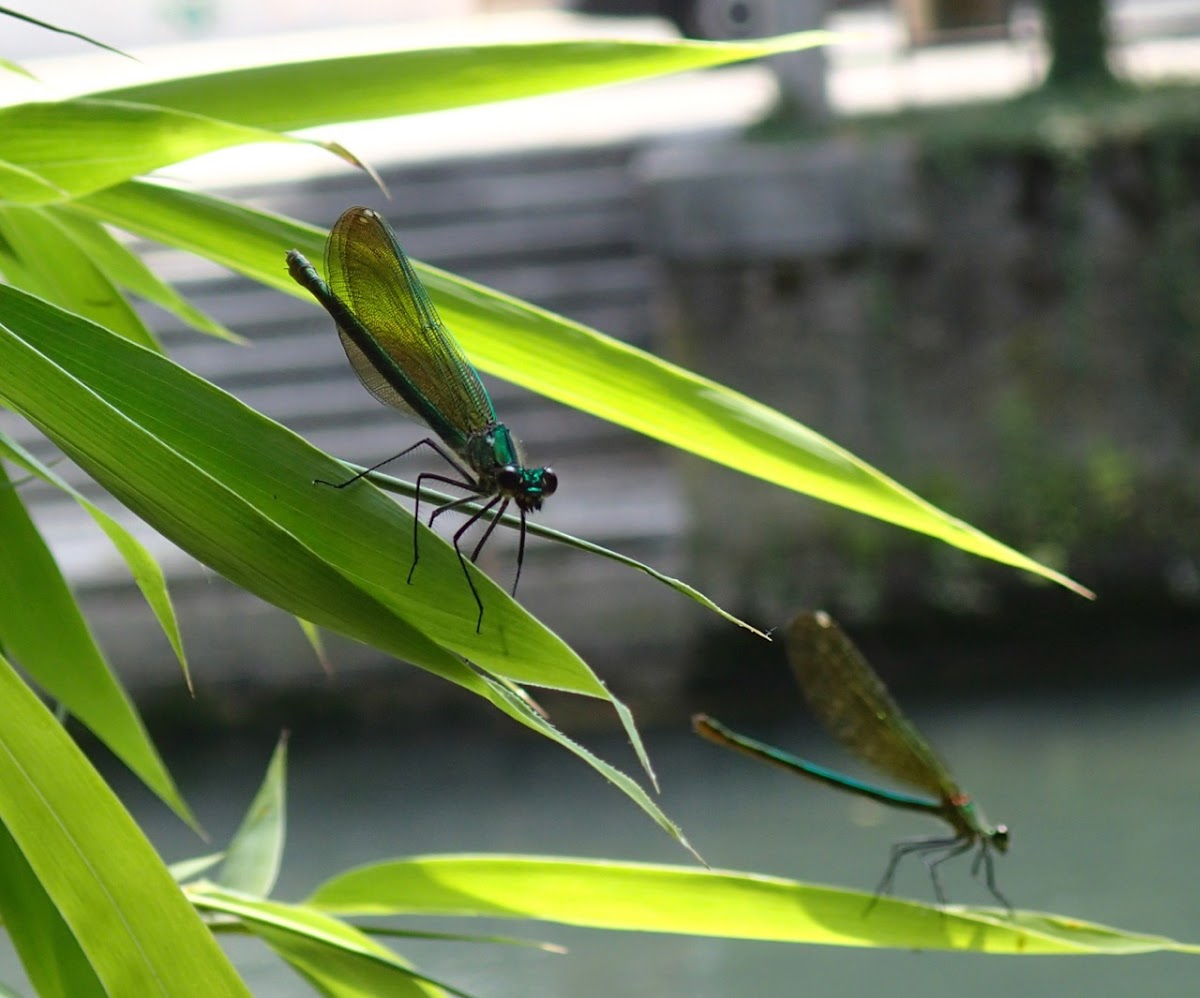 This might be an especially dark specimen of the Banded demoiselles, but I'm not sure, could be some other species of demoiselles. His head looks quite hairy and scary. 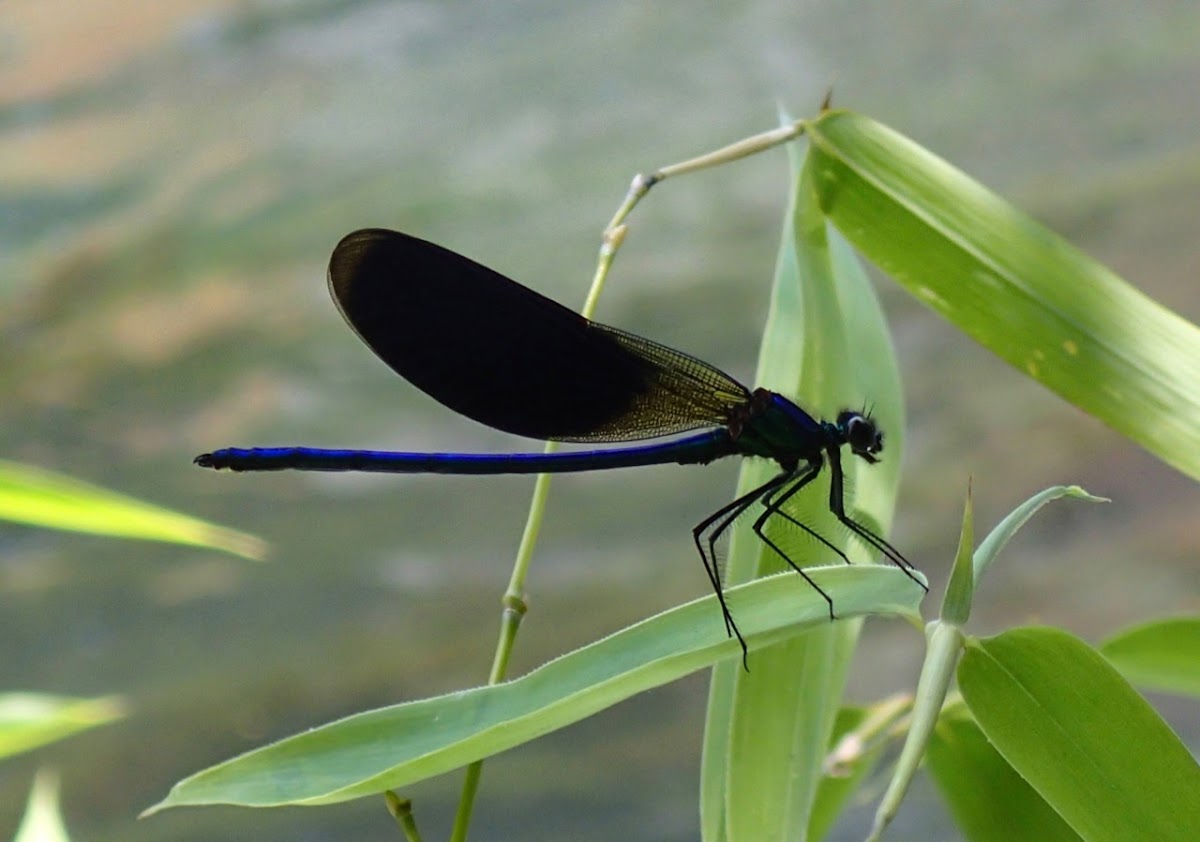 This female landed next to me on the gras so I had to make some photos. She is missing two of her legs and has a dent near her tail, probably result of some attack. 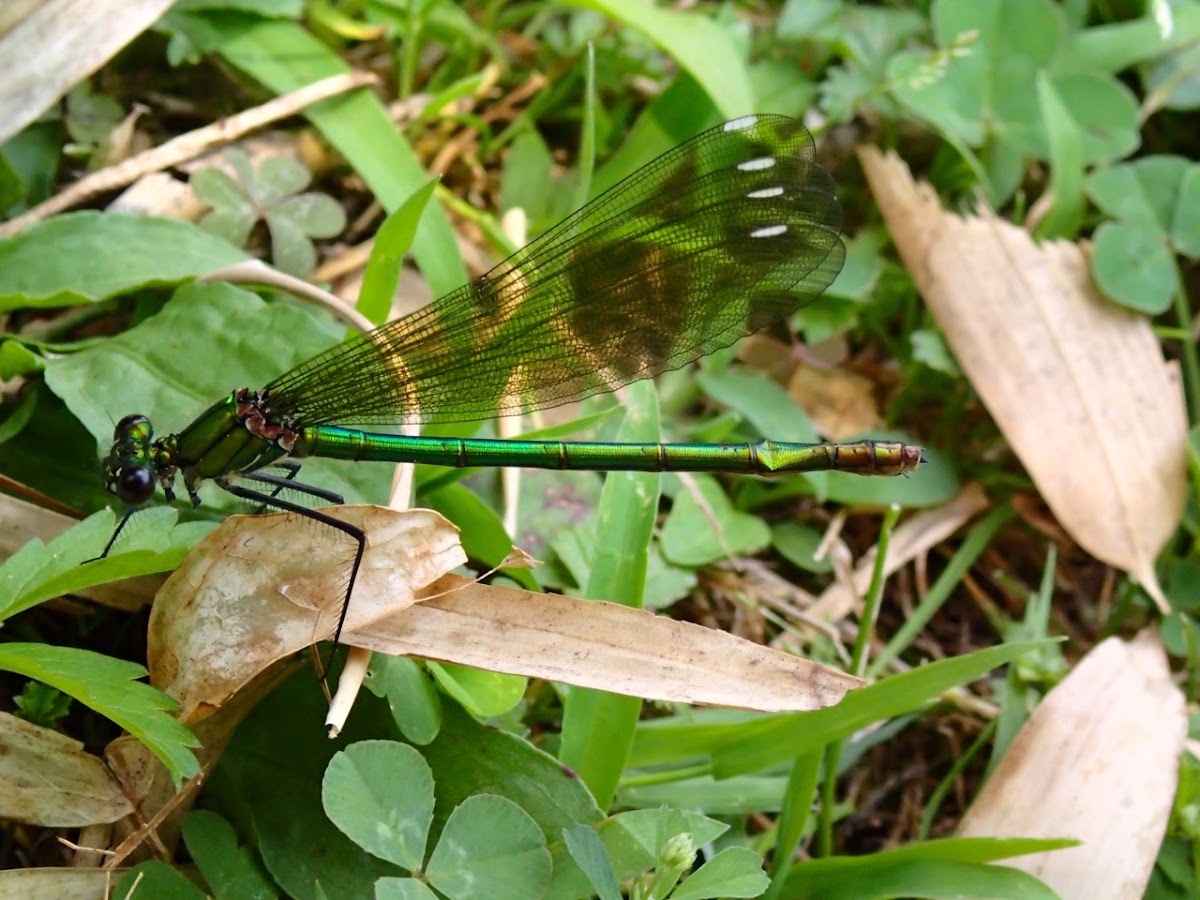 The bamboo near the stream. 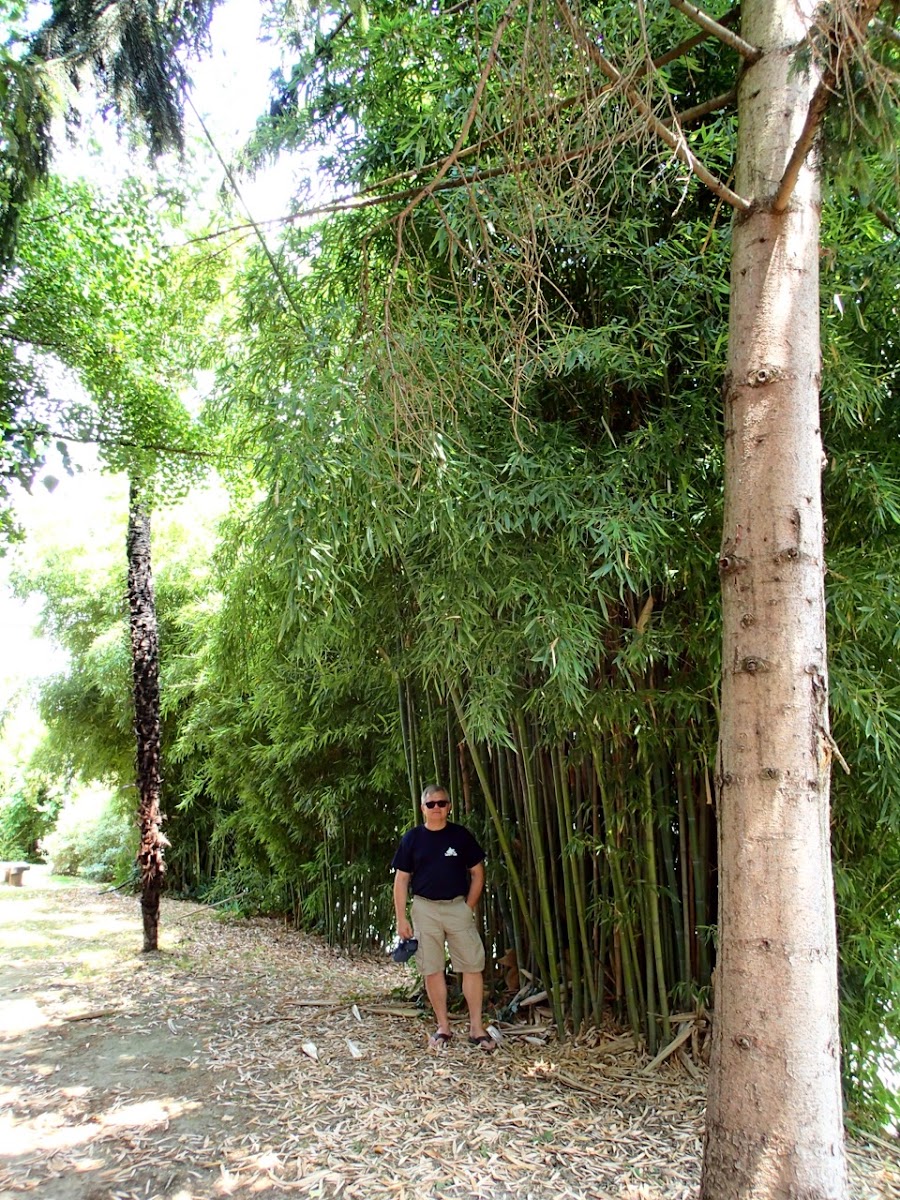 There were ducks in the water as well. 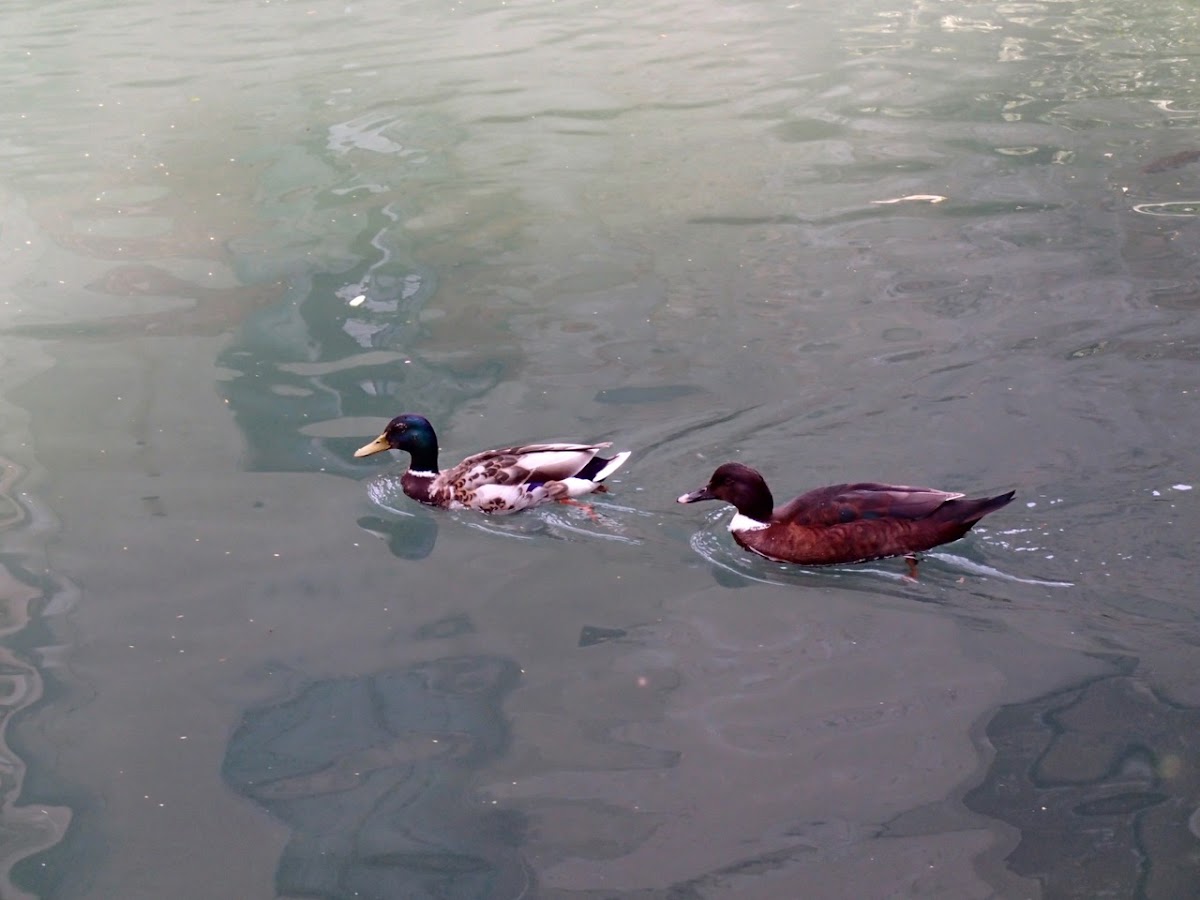 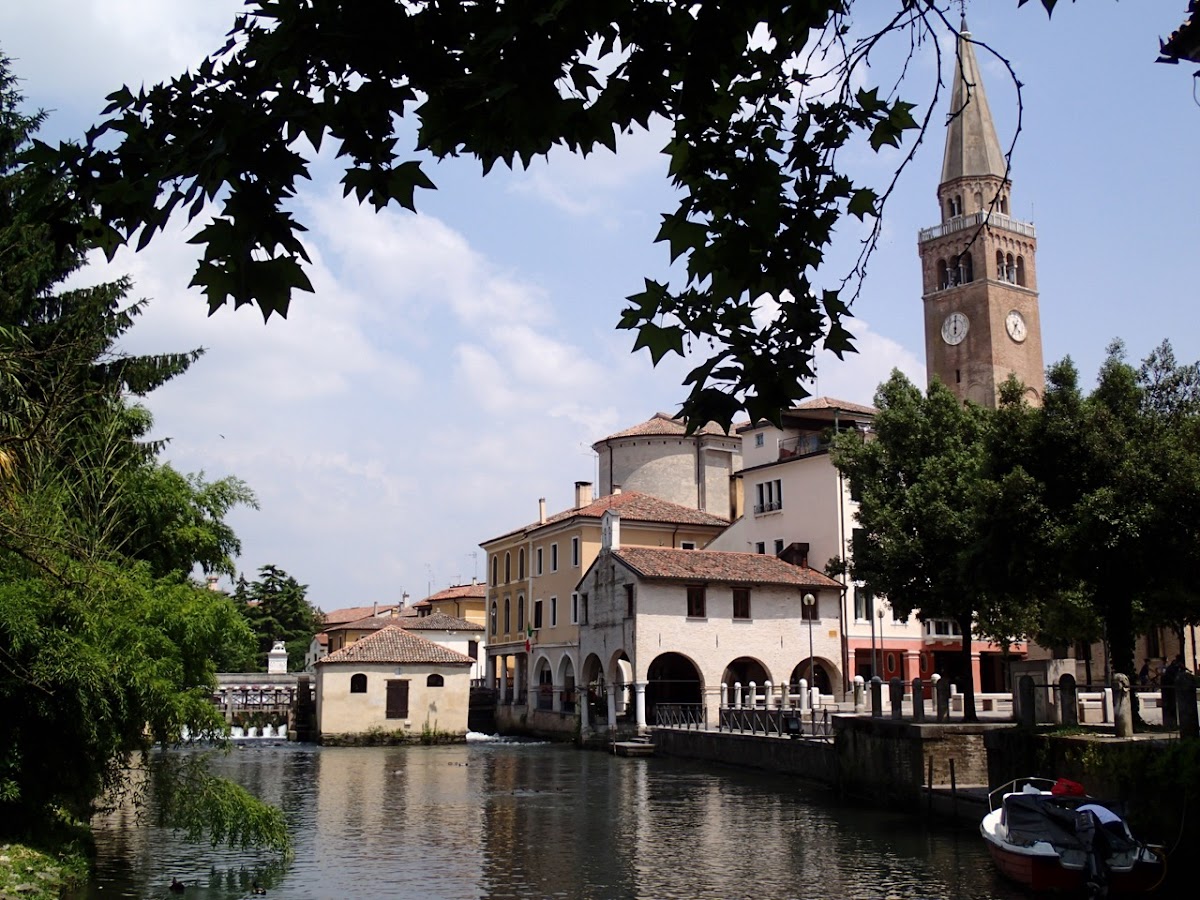 I was really impressed by Portogruaro, it is definitely worth the visit. Even if you are not a dragonfly fan like me. There is still a lot we haven't seen so we will have to come back.

We continued our journey towards the hills and after couple of hours of driving saw a castle on nearby hill. We drove there to see it, but the road up the hill was closed for cars. So we had a picnic in the shade near the mansion below the hill - under the cypress tree on the left ... 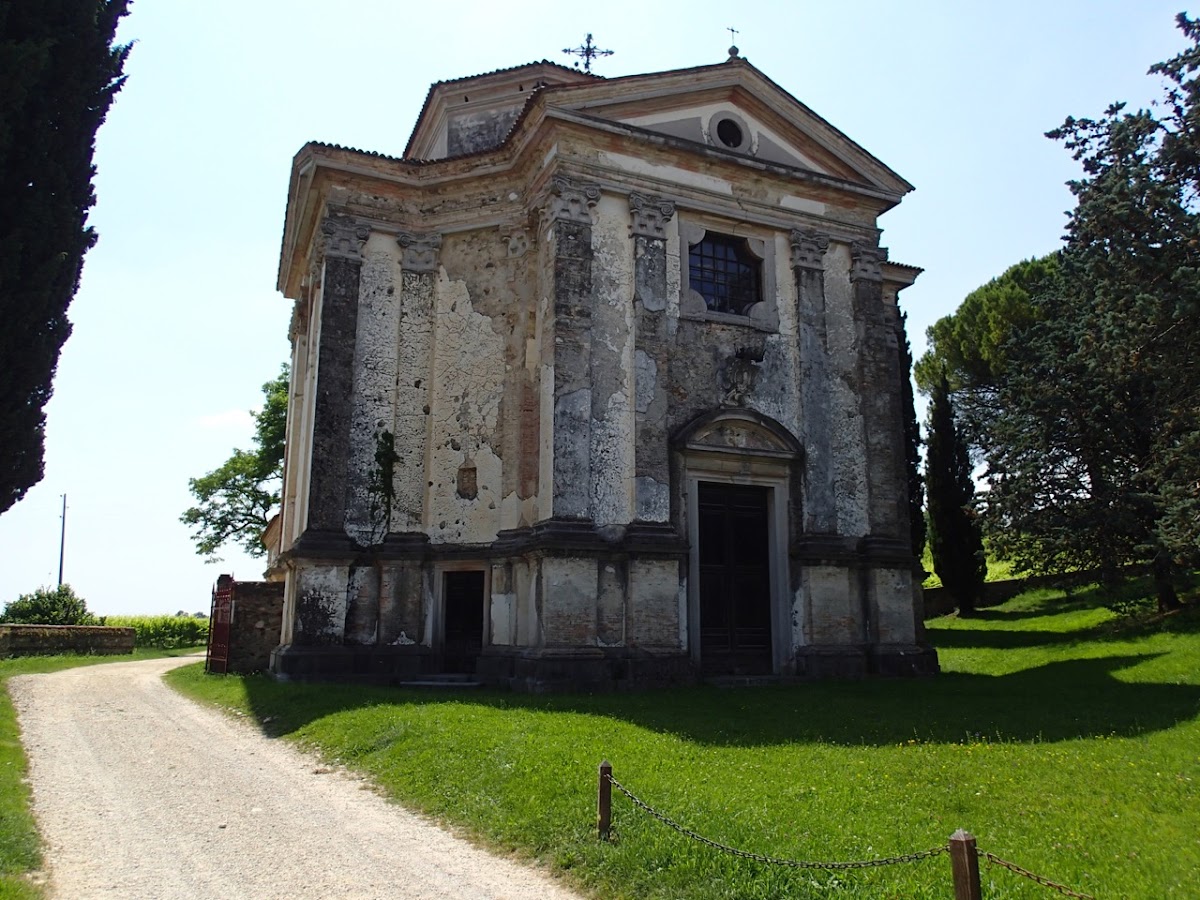 ... and took the photo of the castle on our way back to main road. Unfortunately I forgot the name of the place where the castle is. 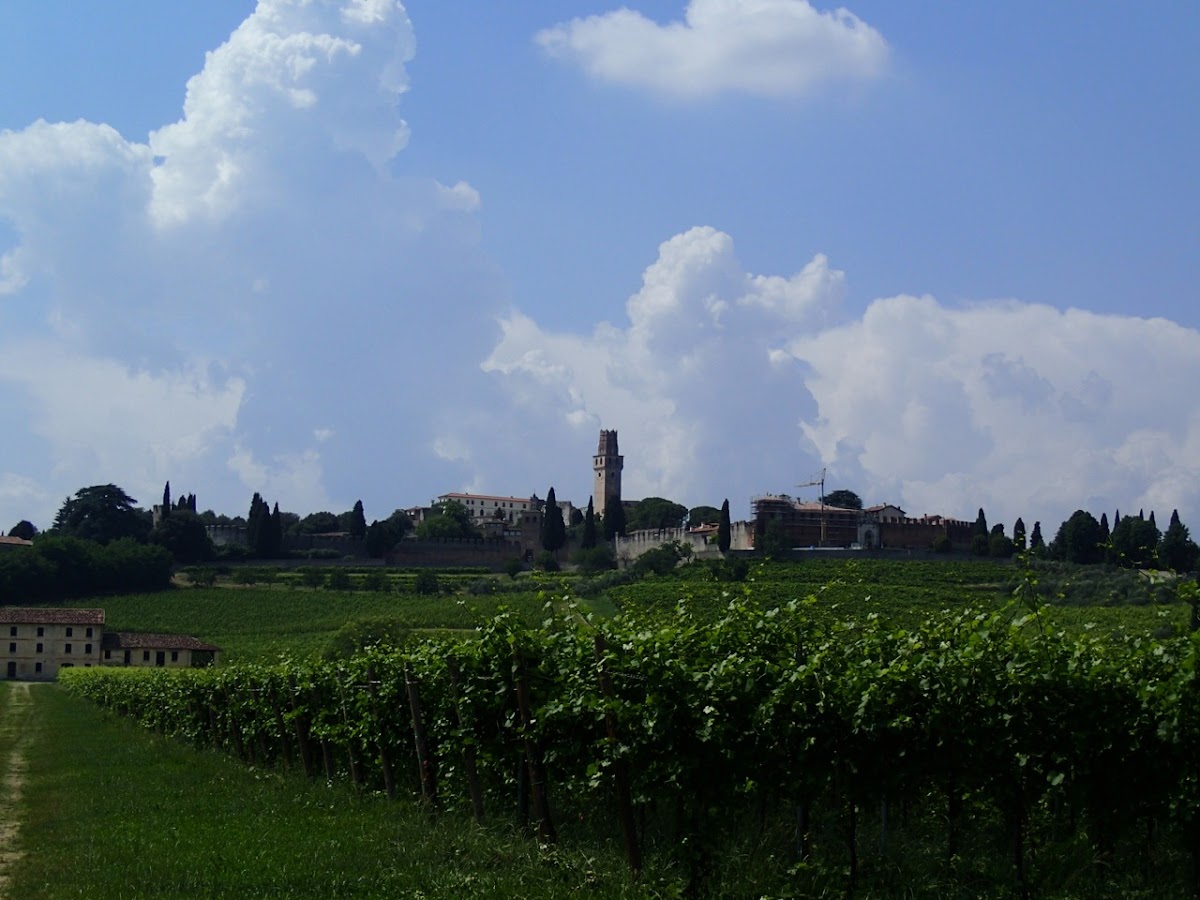 The road through the hills was more interesting and fun than the first part of our trip, we drove to Trento and then to Riva di Garda, and a little later arrived in our hotel Villa Margherita in a small town of Limone sul Garda. And it was even more pretty than on the photos on booking.com! These two photos are taken from parking lot next to the hotel... 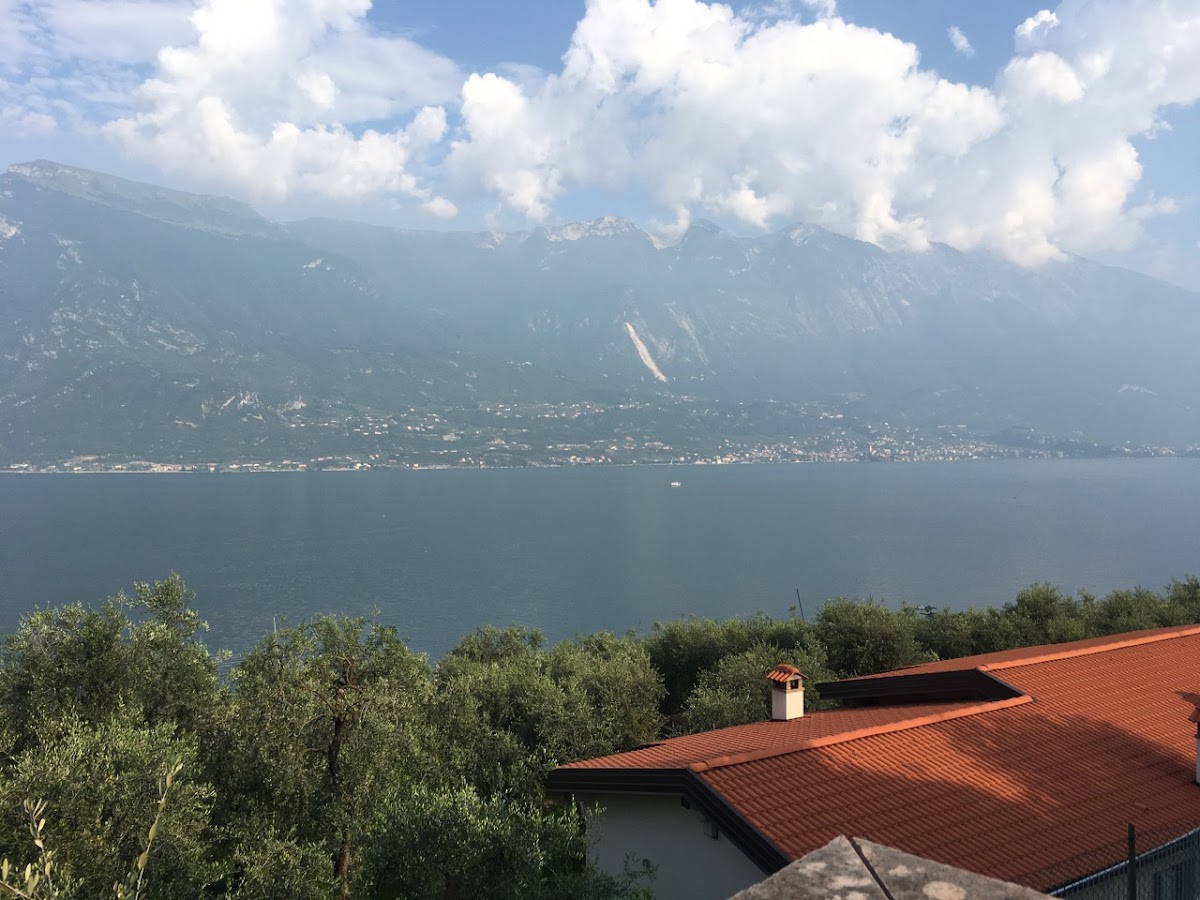 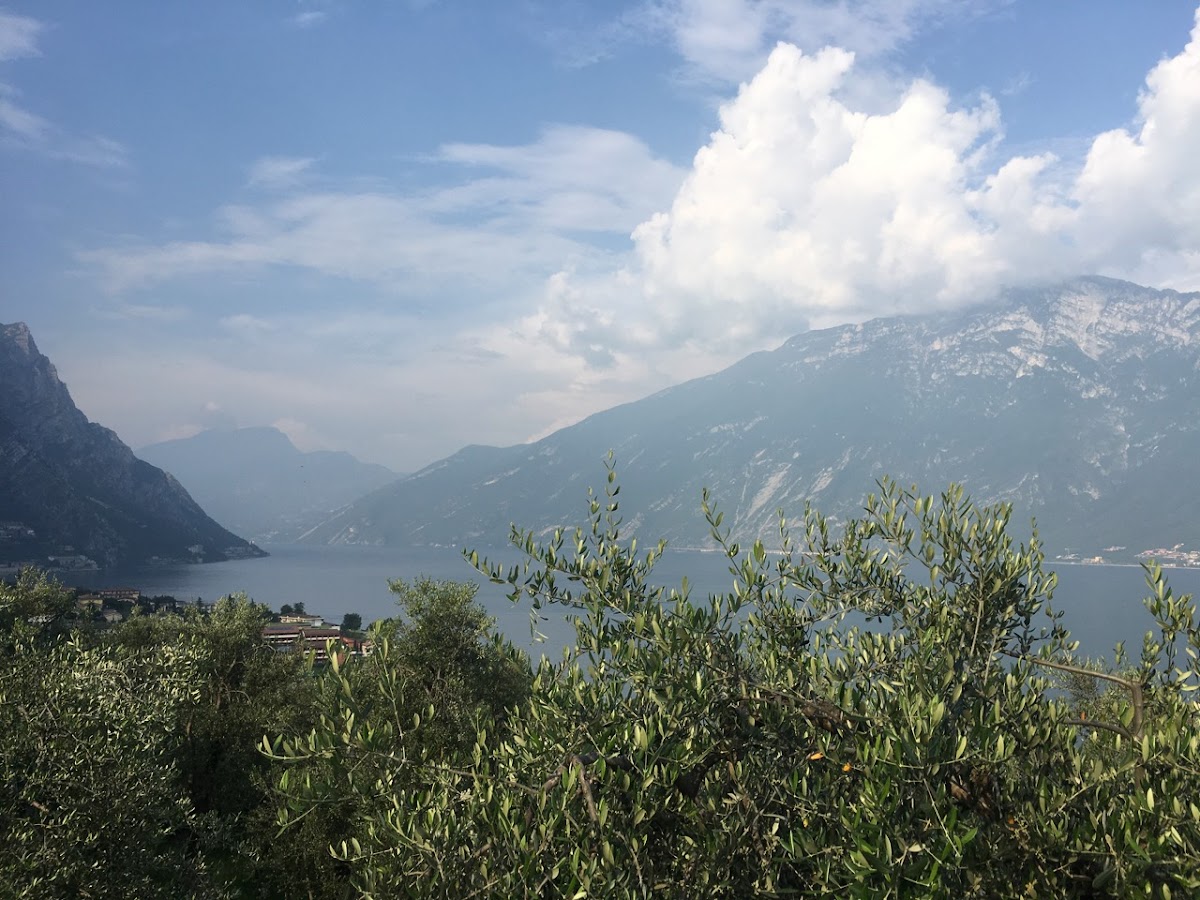 ... and this one from the restaurant Al Tamas less than a kilometer to the south from the hotel. We had a great meal there, pizza and pasta of course, and couple of beers and tiramisu and brownies with ice cream. And we were surprised by very moderate prices, the location and the view are obviously for free. 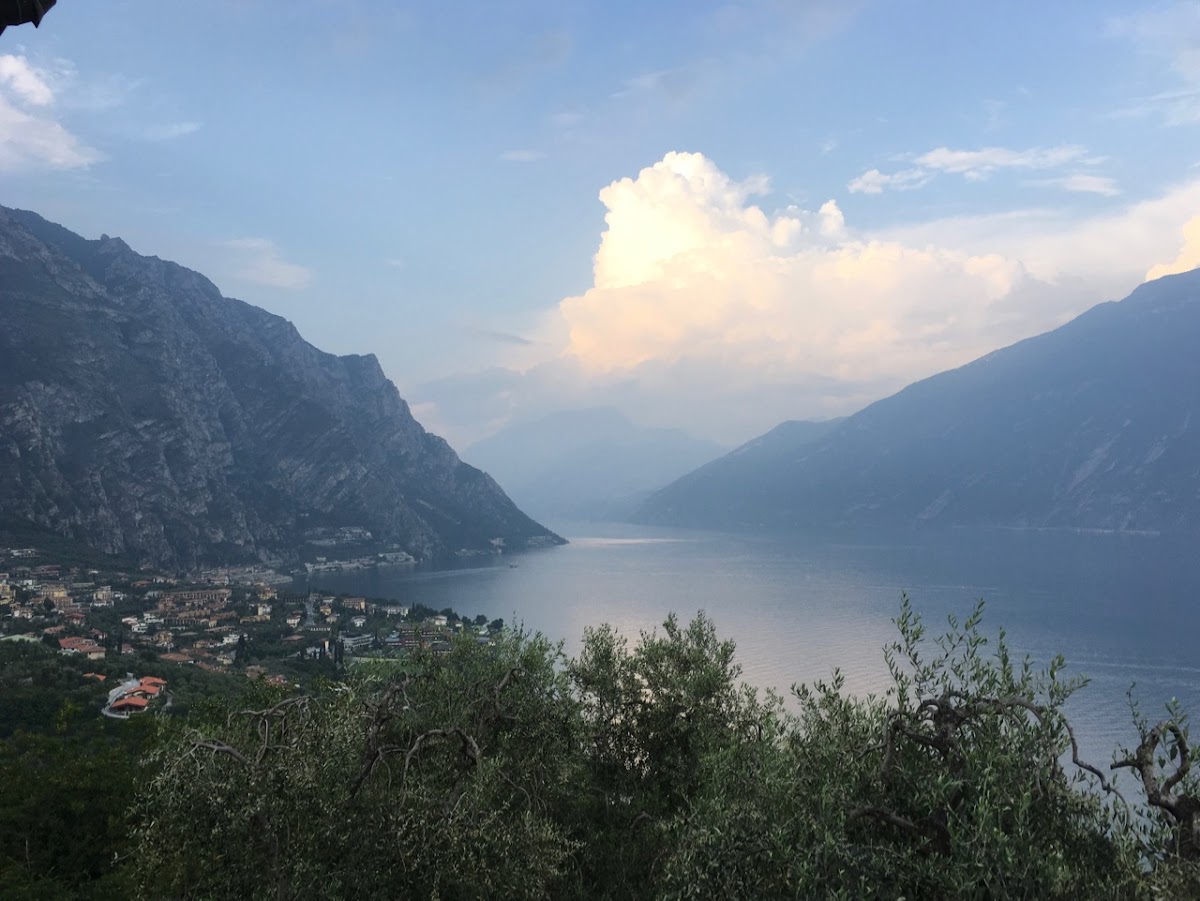 Back at the hotel we were sitting on our balcony, admiring the views and discussing the day, that was so full of events and impressions. And another full day lay ahead - the plan was to drive around the lake and stop at all the most beautiful spots. 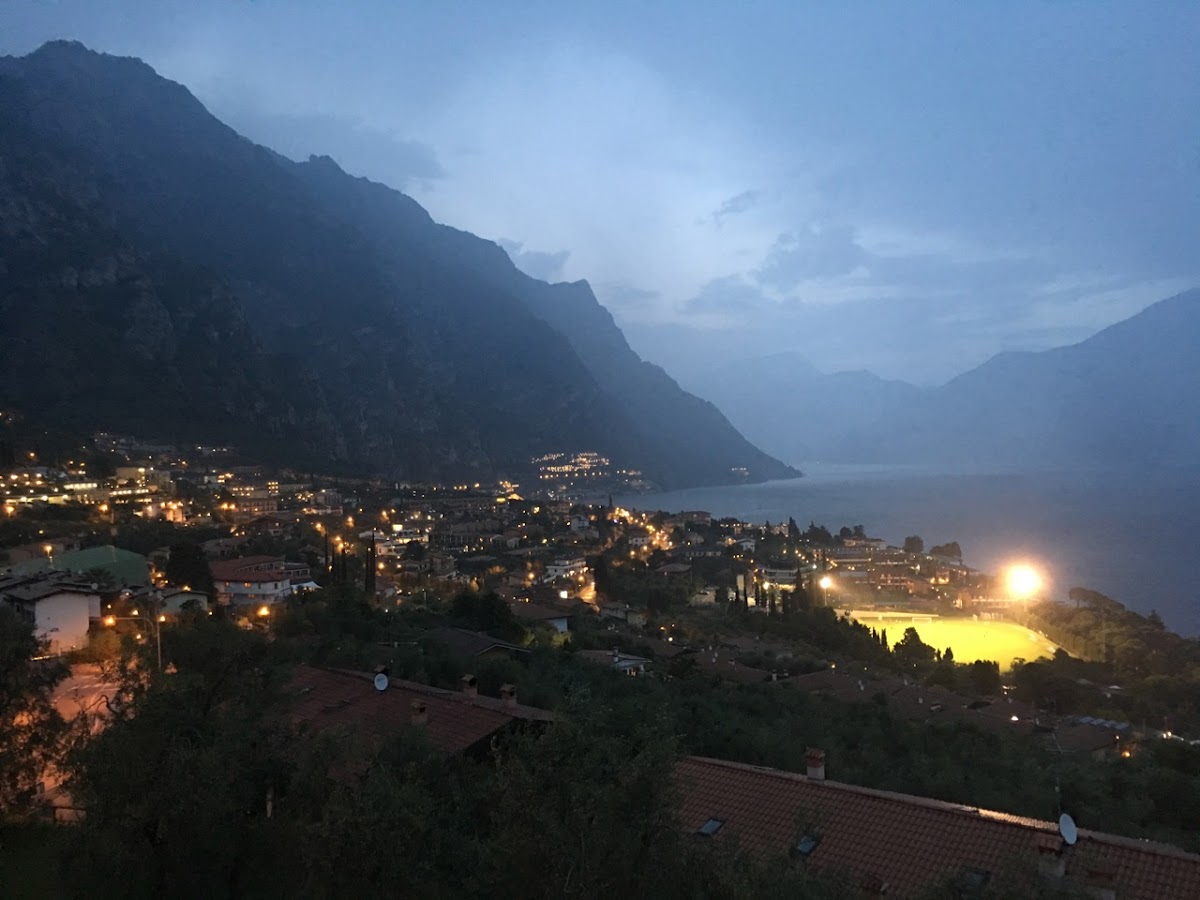