Heron is in the water!

Finally! Yesterday Heron was splashed, here she is in her berth in Nautec marina in Monfalcone. 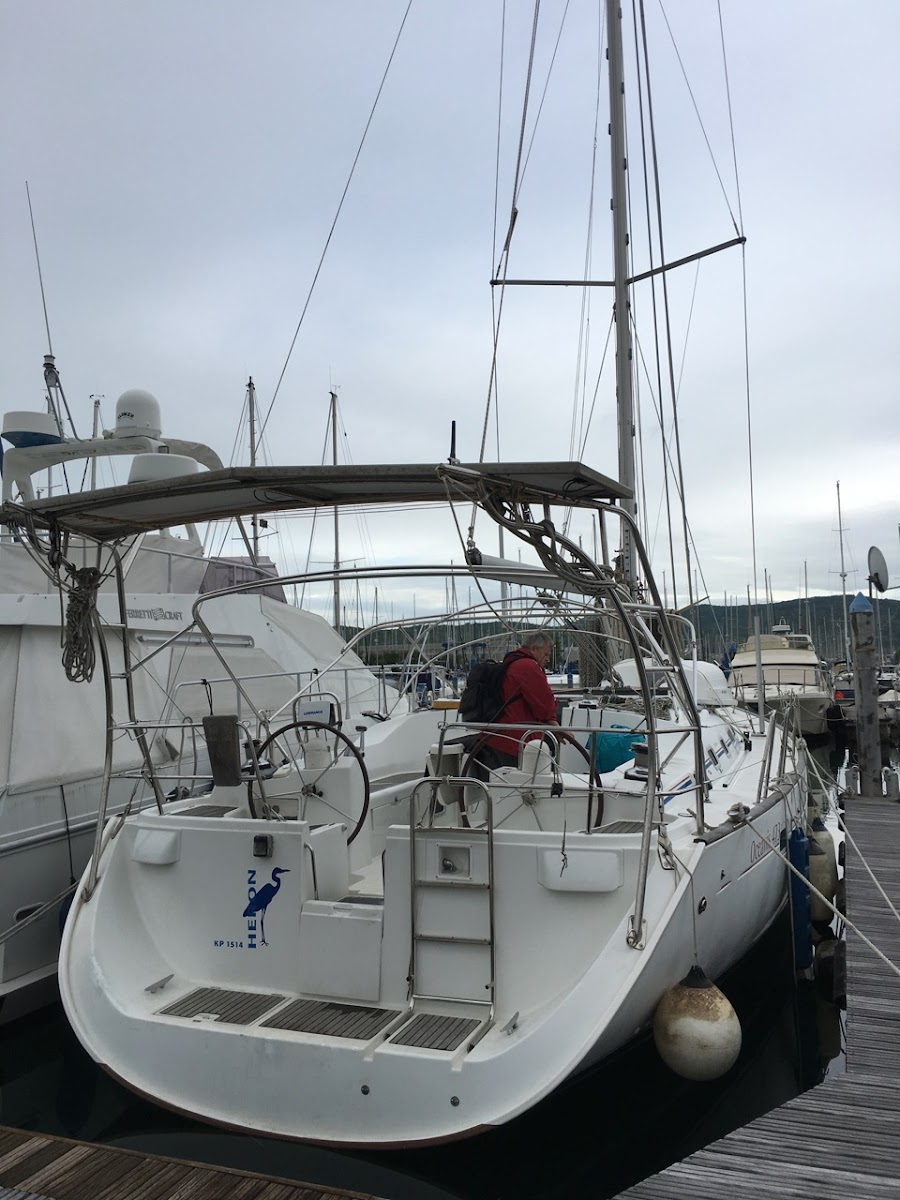 Looks peaceful, doesn't she? The process of getting her into the water was anything but. We were due to splash already on Friday, but when we came to marina on Thursday, we discovered a small rusty spot on the keel that would need to be treated. It needed the complete procedure - grinding, epoxy primer, filler, primer again and then couple of coats of coppercoat. Even with placing the heather under the keel to speed up the drying of all the phases, we figured it would be nice to have a bit more time than 24 hours. Luckily marina's big travel lift did have some free slots on Saturday and they could move us from Friday to Saturday. On Saturday we had a bit of a delay partly due to the strong downpour around noon, so we were hoisted in lift slings at around four as the last boat for the day.

But there was a leakage from Volvo dripless shaft seal! After a couple of minutes we realised there was too much water coming into the boat and that our only option was to lift the boat out of the water again and replace the seal. But where could we get a replacement on Saturday afternoon? It looked like we would need to wait until Monday before we could do anything about it. We arranged with the marina for Heron to stay in slings on the lift, and then to see on Monday morning if we were able to fix the problem by then and they can put us in the water, or we need to go back on hard onto the stands for another couple of days.

As we were standing next to Heron, scratching our heads and trying to figure out what to do, couple of people that were working on other boats and boat owners came by, offering their advice and sympathy. But nobody knew where we could get the darn Volvo dripless shaft seal before Monday! That is, until we spoke to Vinko Golobič, also a Yanmar mechanic for company ANS, who not only knew exactly what we need to do, but also that the nautical shop Tramontana in Črnuče might have such seals on stock and that we might get it on that same evening. He made some calls and we jumped into our car, drove to Ljubljana and shortly after 8 in the evening we were in possession of a brand new original Volvo seal of the right dimensions for our shaft! We were amazed by so much help and kindness from fellow sailors. A big weight fell off our shoulders, but not all of it - we still needed to install it.

Next morning we drove back to the boat and started to dismantle the shaft and the old seal. The old seal was not a Volvo original, but we were told it was of the same quality. It was installed three years ago by a boatyard crew when Heron was getting new antifouling. When we took it off we noticed that the inner rubber lips were almost non-existent. Could be due to lesser quality of the material, but also because the intake hose, that takes care of lubricating the seal with sea water was heavily clogged. Captain replaced the hose and through hull for it already a while ago.

It took us couple of hours to replace the seal. We also polished the shaft. We were working so hard that there was very little time to take photos. Here is one with shaft pulled outwards... 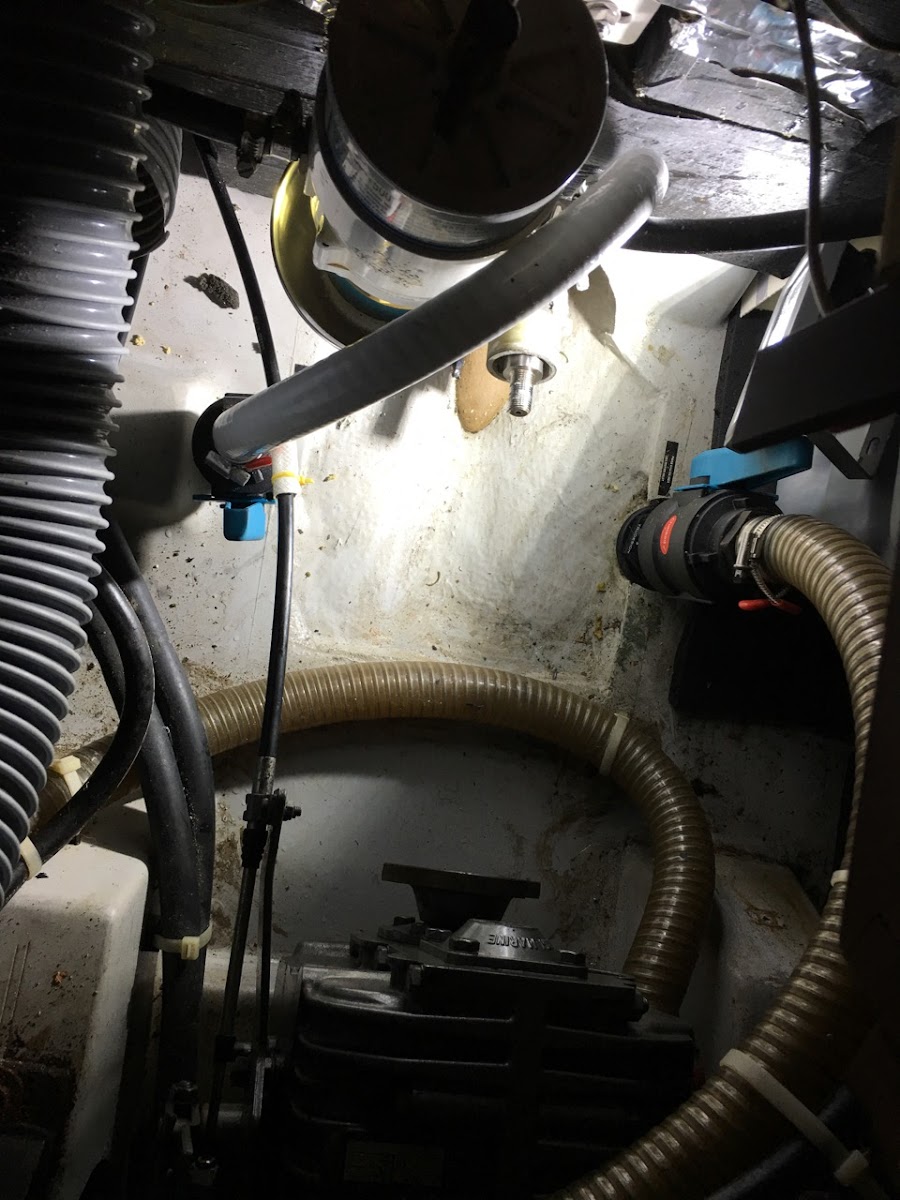 ... and on this one you can already see it all put together again - the new seal is the black thing on the upper side of photo. Also the shaft is in place, all shiny, the zinc as well, and above the Volvo seal there is a hose that is lubricating it. 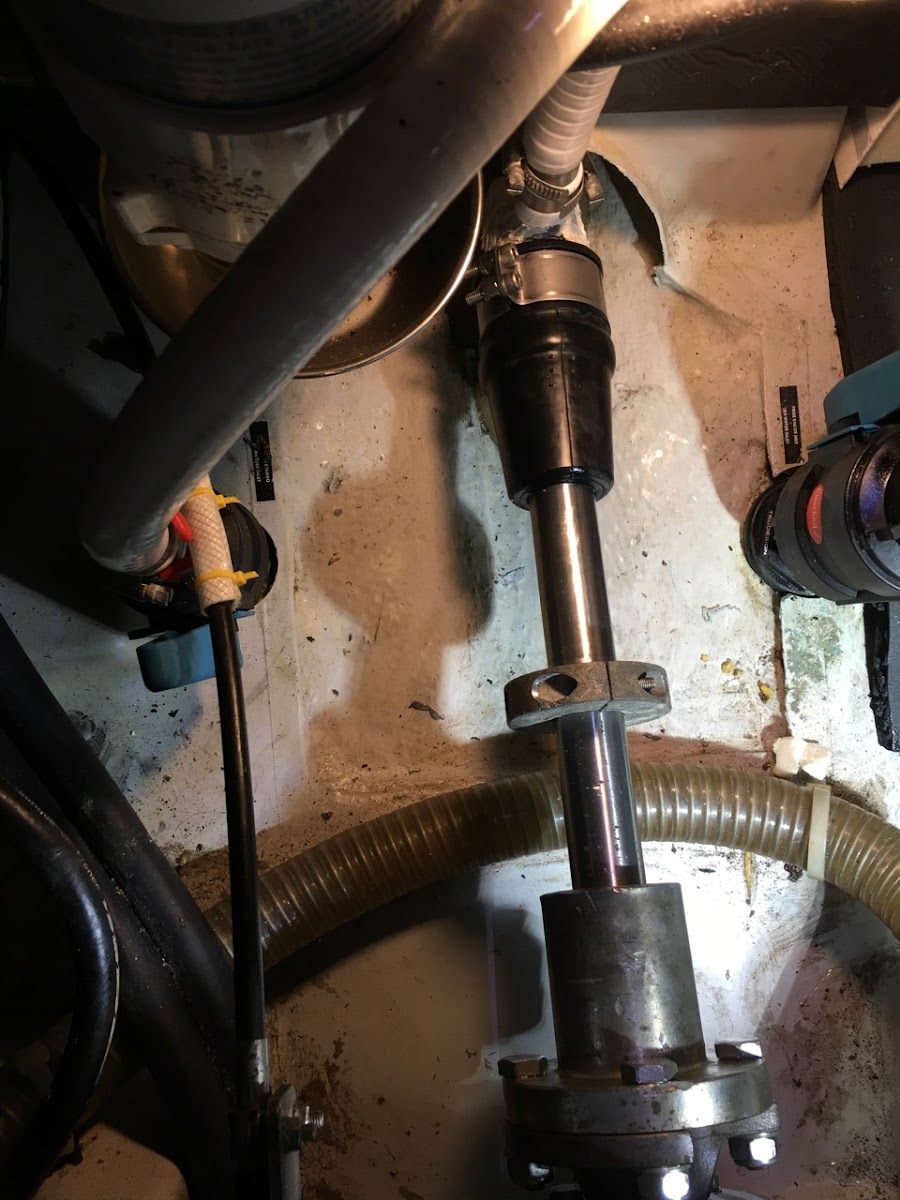 It was already evening when we were done. Our mood was still not the best, it was much like the weather - grey and depressed.

Next morning we were up before 7, both too nervous to keep on sleeping. Before splashing we sanded the coppercoat some more to make sure it is activated properly. And couple of minutes after 9 there it was - the big moment. Heron was lowered into the water again and HURRAY! No leaking! We were so happy. We motored the boat into her berth and secured it. And then it was time for breakfast.

I have always had a great respect of my Captain's technical abilities and his relentless optimism and willpower to tackle any problem on the boat, but I was specially impressed with his mastering the Volvo seal replacement. It must have been one of his masterpieces.


We're back home today, returning to Heron tomorrow. There's so much more work to be done. And so many more project and problems to write about...