The beasts from my garden

Guess what - I'm going to complain about the weather again. This year we didn't have icy rain or flooding or any other big catastrophes, but it's been very strange. Even now in June we still have April weather. But it sure beats April, when we still had winter and 20 cm of snow. But it is getting warmer and lots of flowers are blooming around our house and veggies are growing in my garden, we are already eating lots of our own grown lettuce and asparagus, and also strawberries. Other things like beans, tomatoes, paprika and cucumbers still need some time and warmth and are not even blooming yet.

Because of cold and rainy weather my garden is a bit more overgrown than usual, weed was quite happy with the weather. And obviously are many small creatures very happy with all the weed. Almost every evening a hedgehog comes to our terrace to check if there's any leftover cat food. In the stinging nettles I saw a decent size Grass snake (Belouška or Natrix natrix) the other day and I also saw a Slow worm (Slepec or Anguis fragilis) several times, but they always disappear before I manage to get my camera.

But there are some small animals that I managed to get on my camera. This one is a crab spider named Flower spider (Cvetni pajek or Misumena vatia). This one is a she, I guess it is the same one on all the photos, and it has the ability to adjust it's colour to the colour of the flower where she lives and hunts, it just takes a couple of days. It doesn't make a web, but it actively hunts insects. 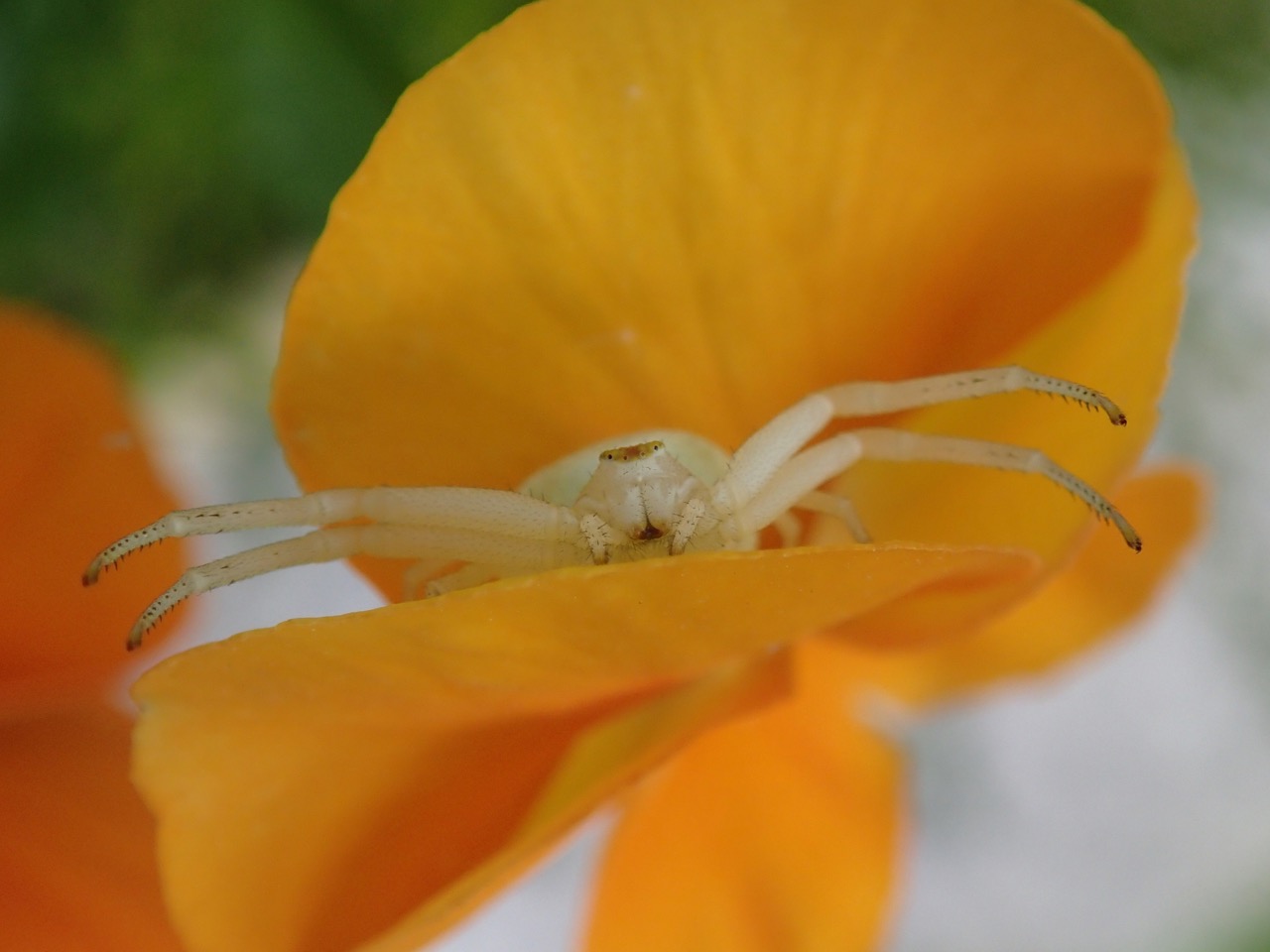 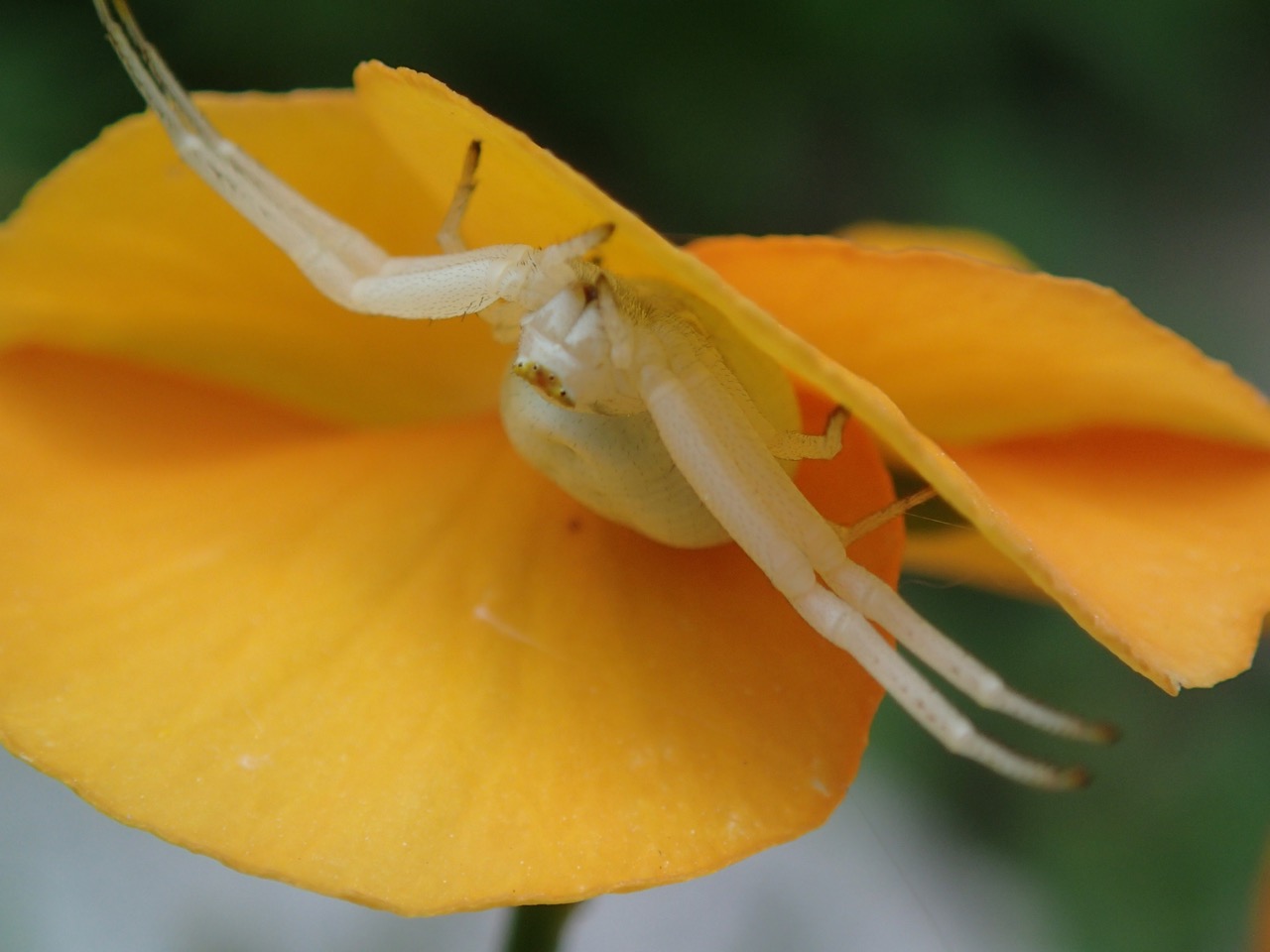 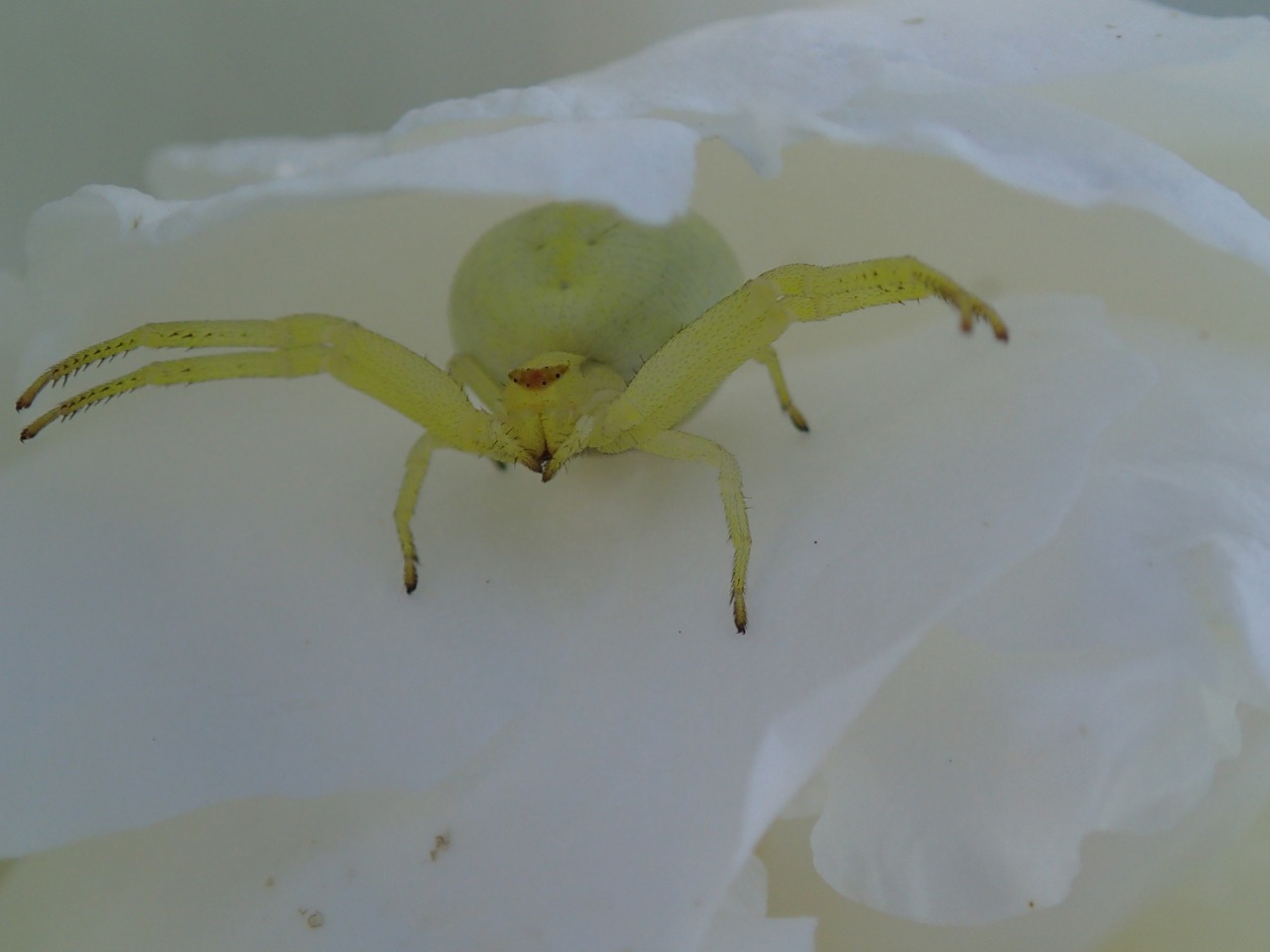 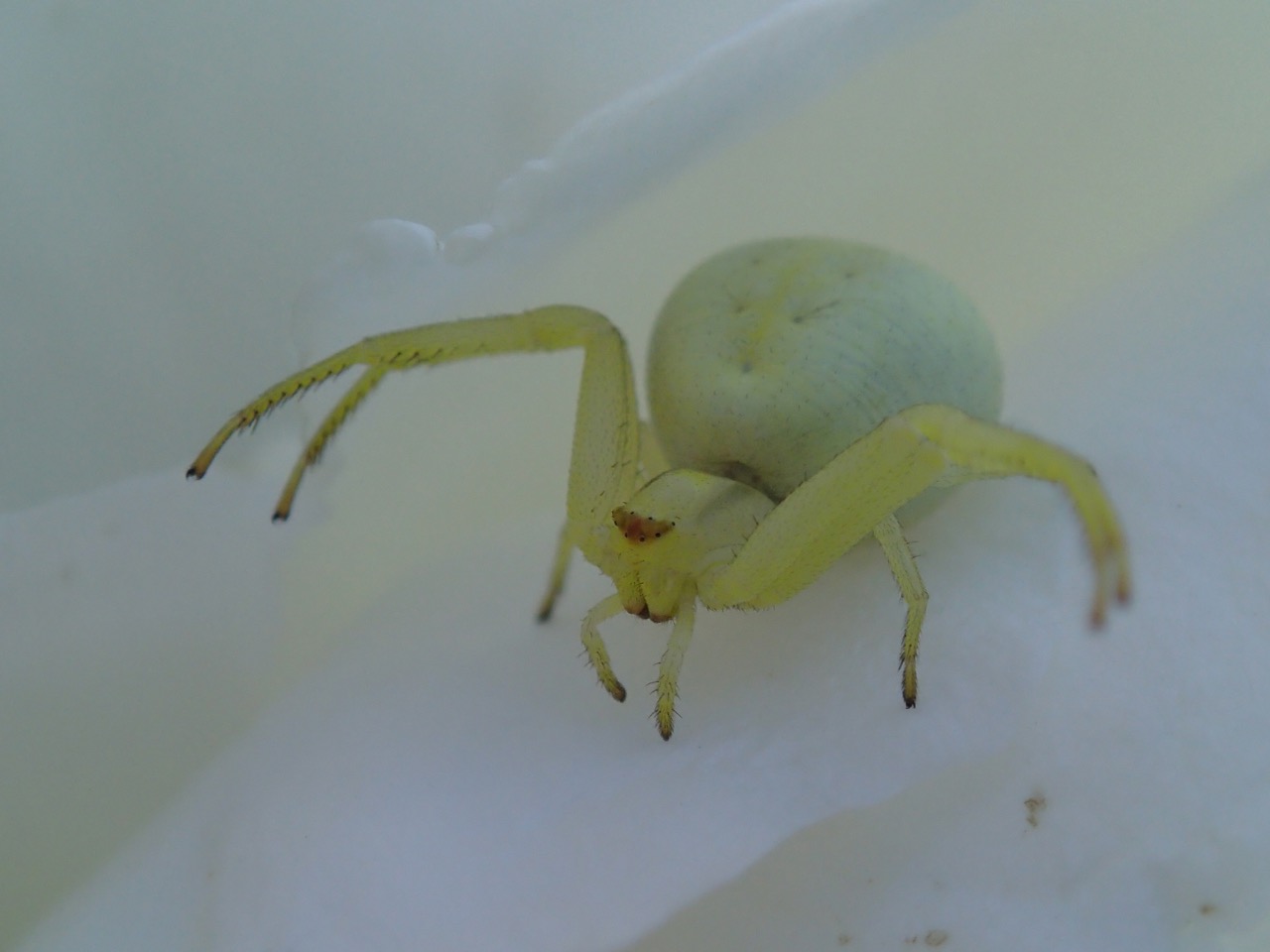 This one is a Rose chafer (Zlata minica or Cetonia aurata), photographed in elderflower. 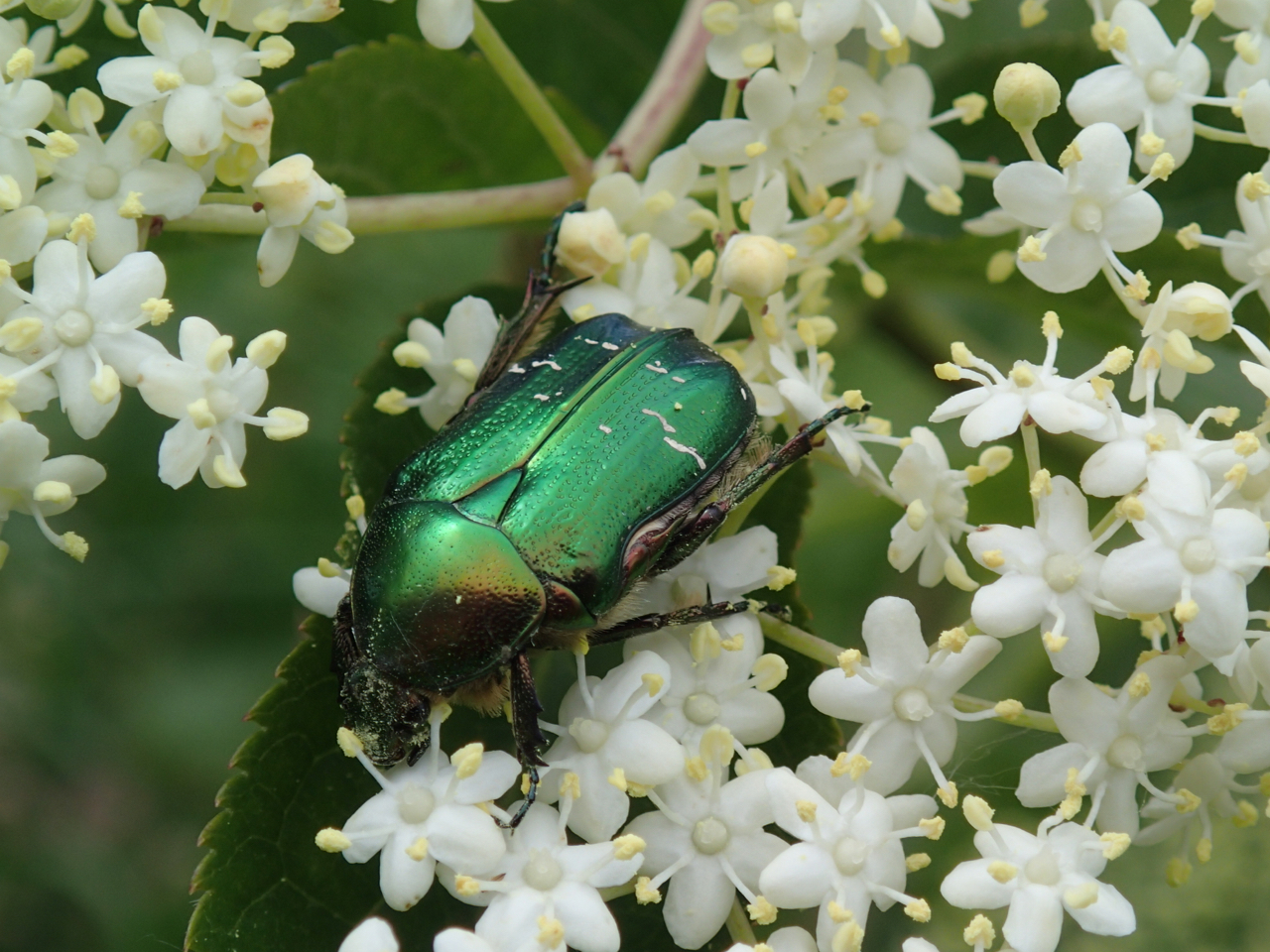 I think this is also the same kind of guy as the one above, although it looks so different. But if you look closely, it has the same legs and the shape of the back is also the same, especially the small triangle. Maybe he will get the pretty golden-green colour with time. Update: this is Apple blossom chafer (Kosmata minica or Tropinota hirta). 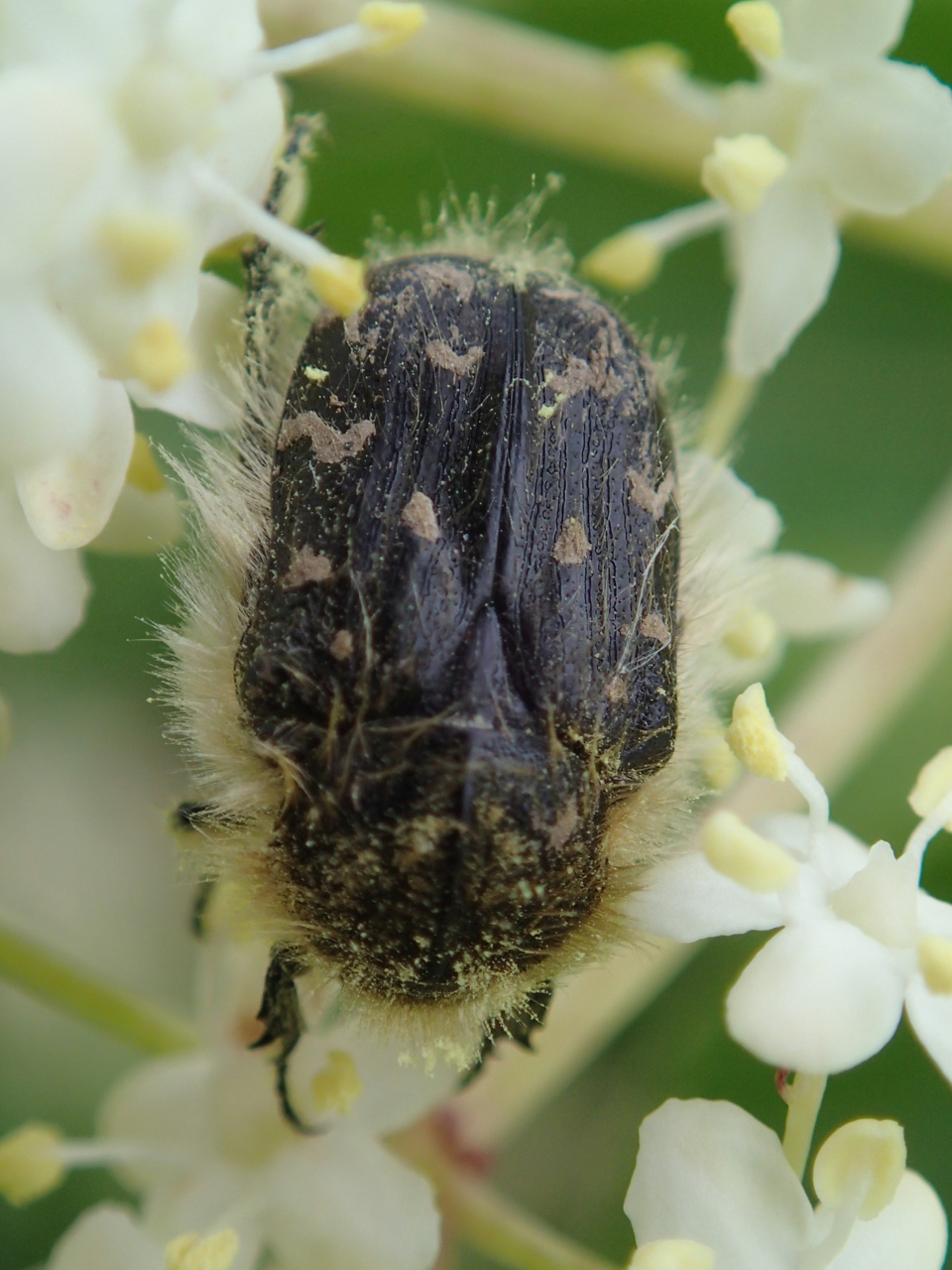 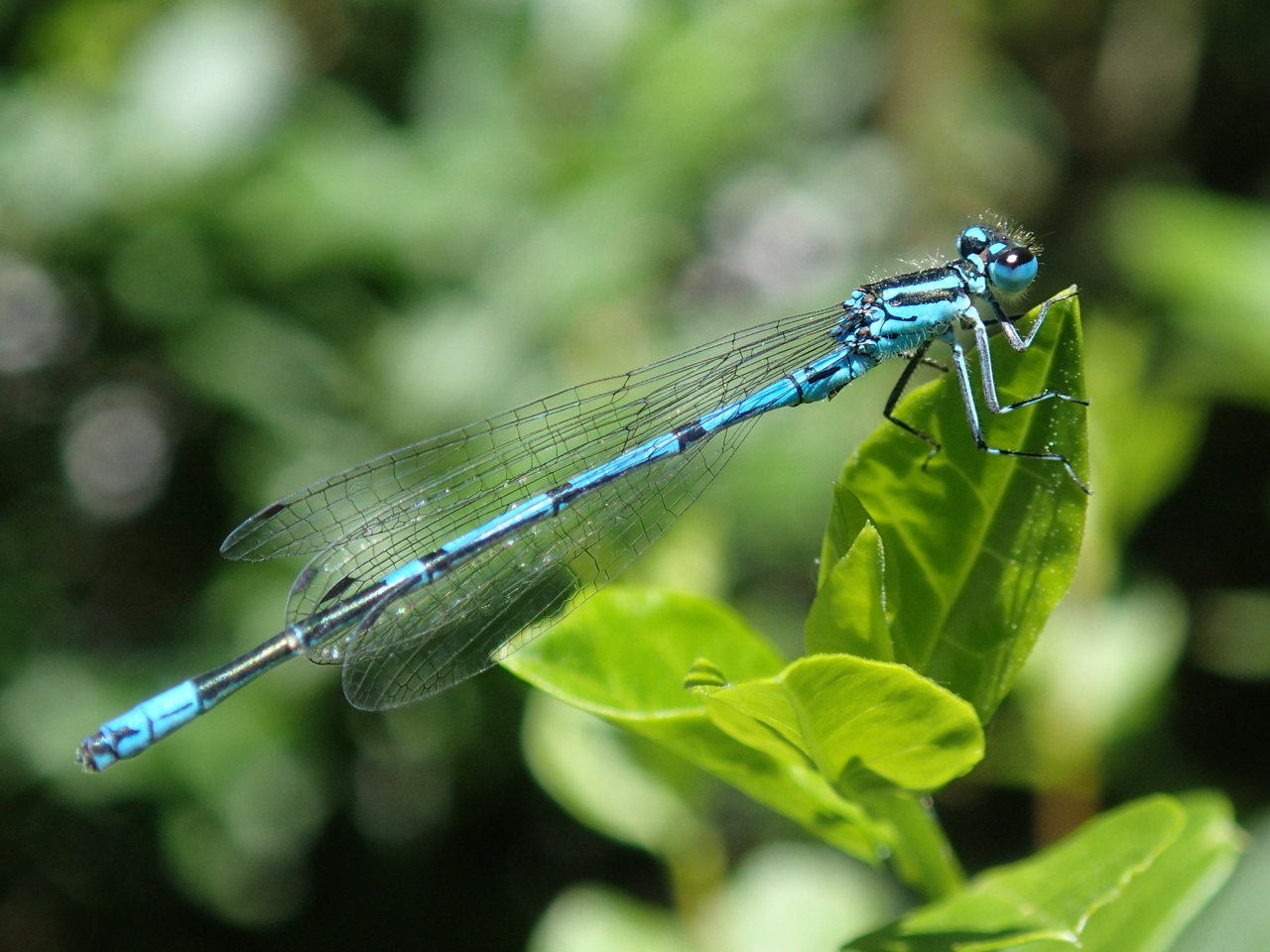