On Thursday, our last day, we woke to a cloudy morning, but the view of the lake was still beautiful. And we hoped that because of the clouds the day would be a bit less hot than the one before. 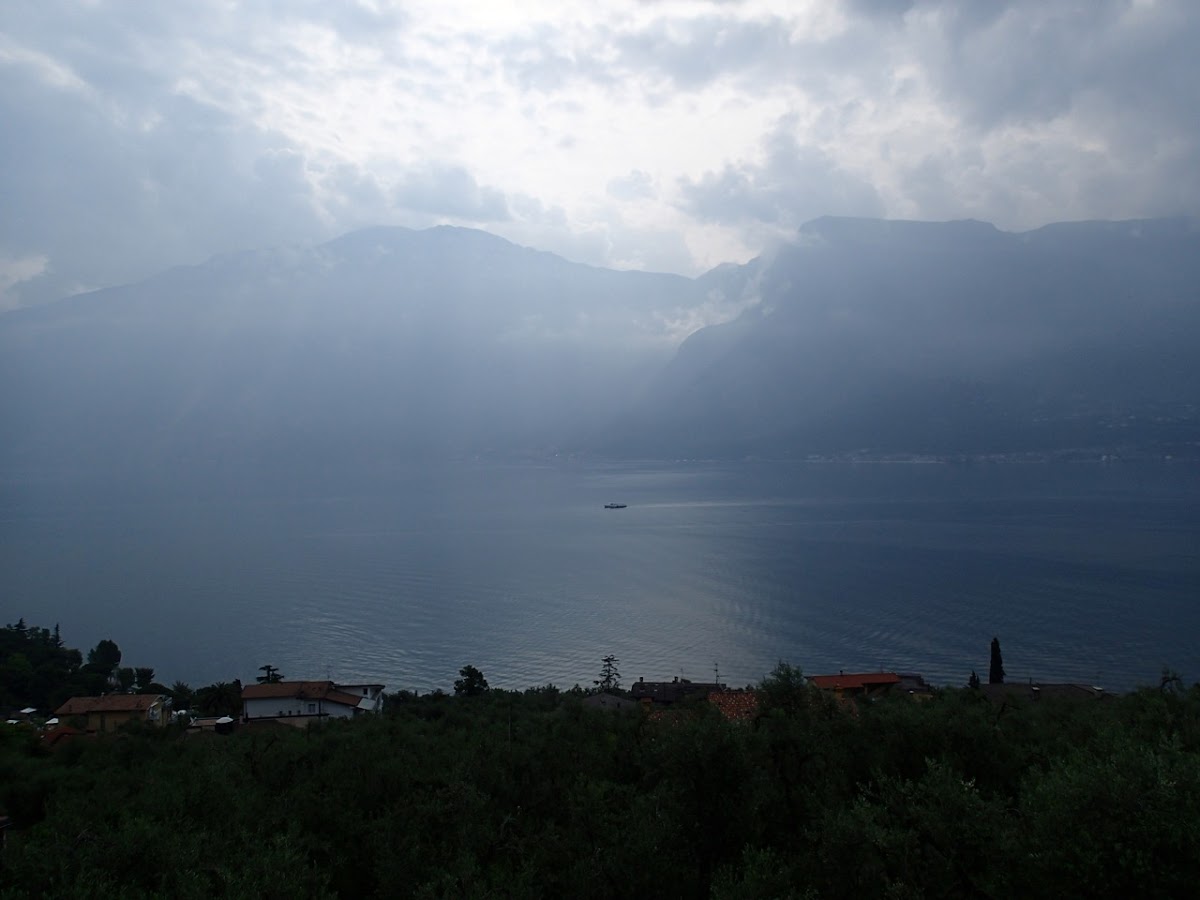 After a big breakfast we drove off, first towards the North and then East almost to the town of Rovereto and then along the river Adige towards South. We drove through many pretty villages and stunning scenery. I still regret we didn't stop a couple of times and take some photos.

We arrived to Verona at around noon. We drove through Porte Nuova, which is actually a very old town entrance, and found a parking space near the old centre of Verona. We walked through Porte Pentagona... 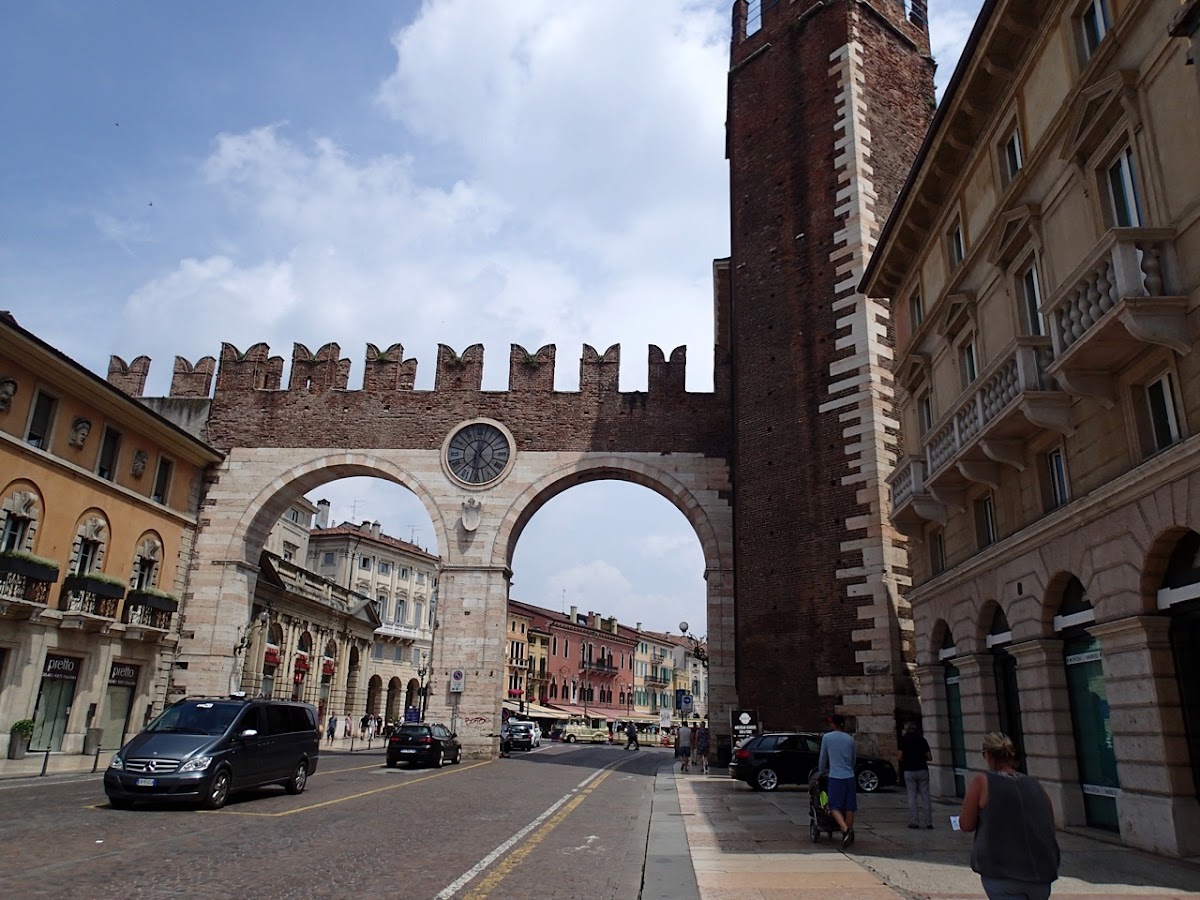 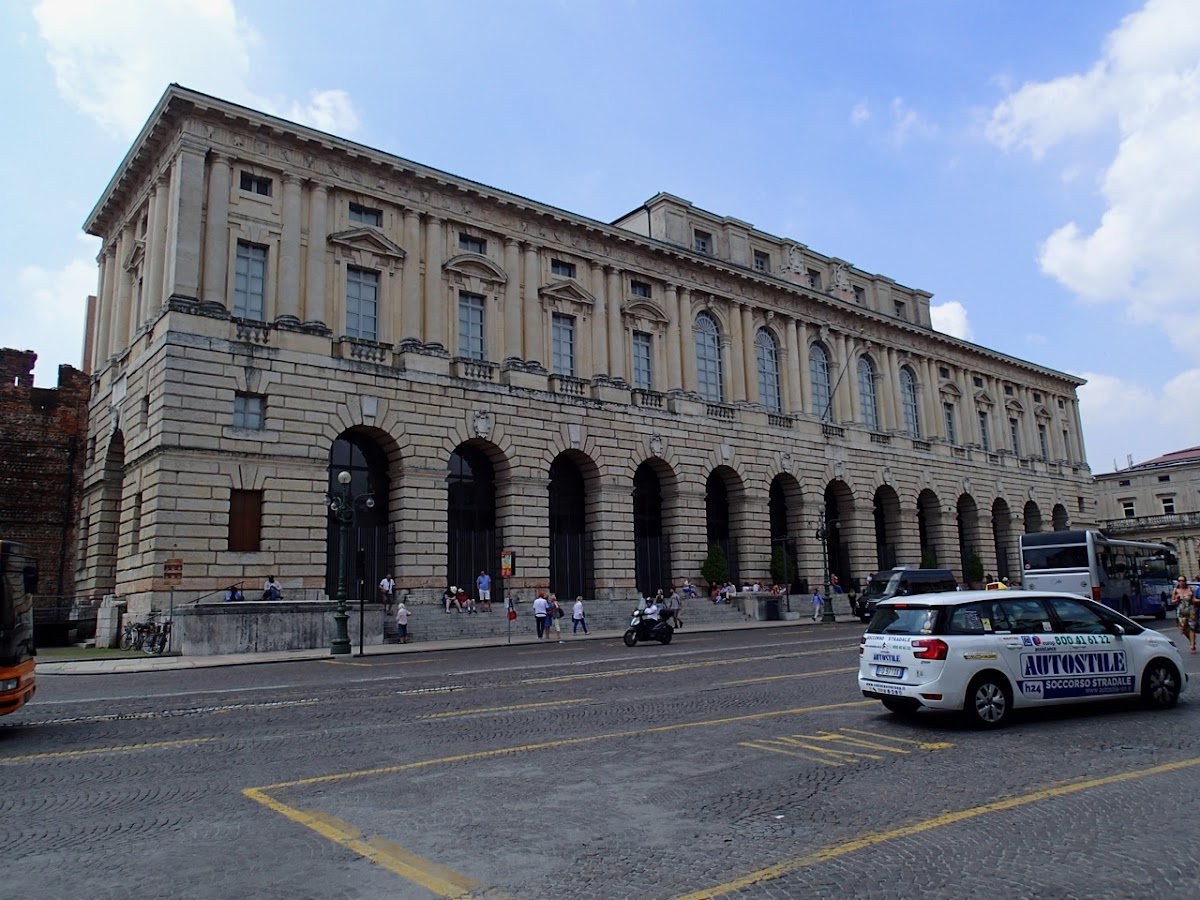 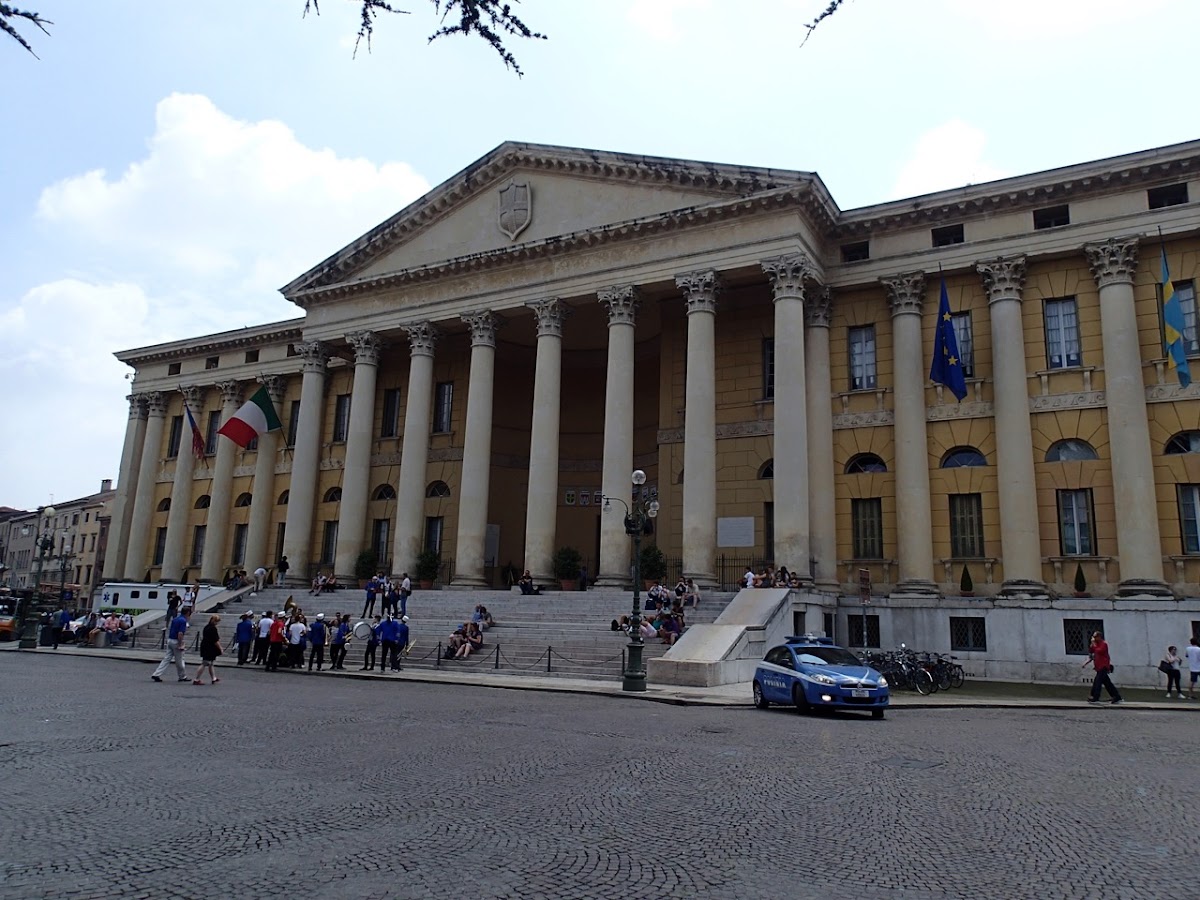 ... and arrived to Arena di Verona. There were thousands of tourists everywhere and it was impossible  to make a photo without them. 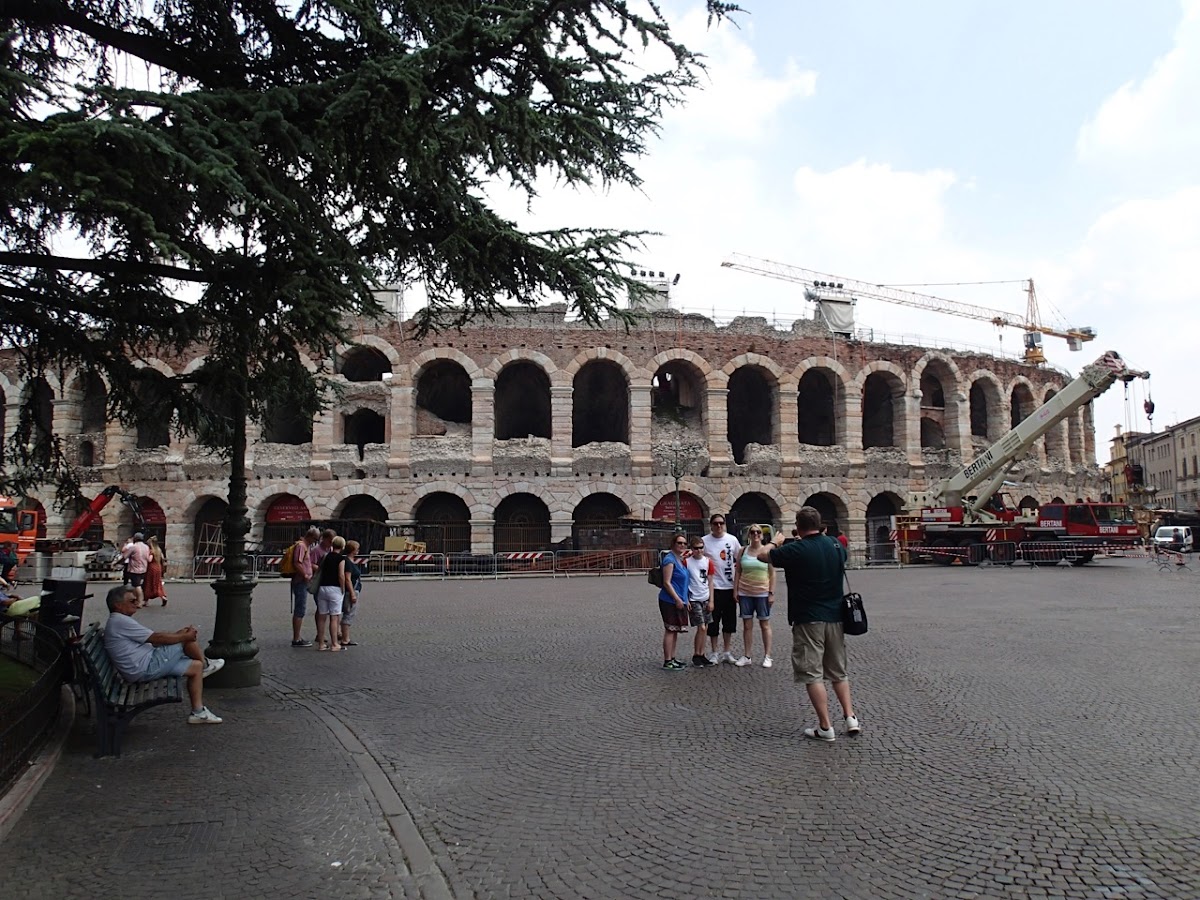 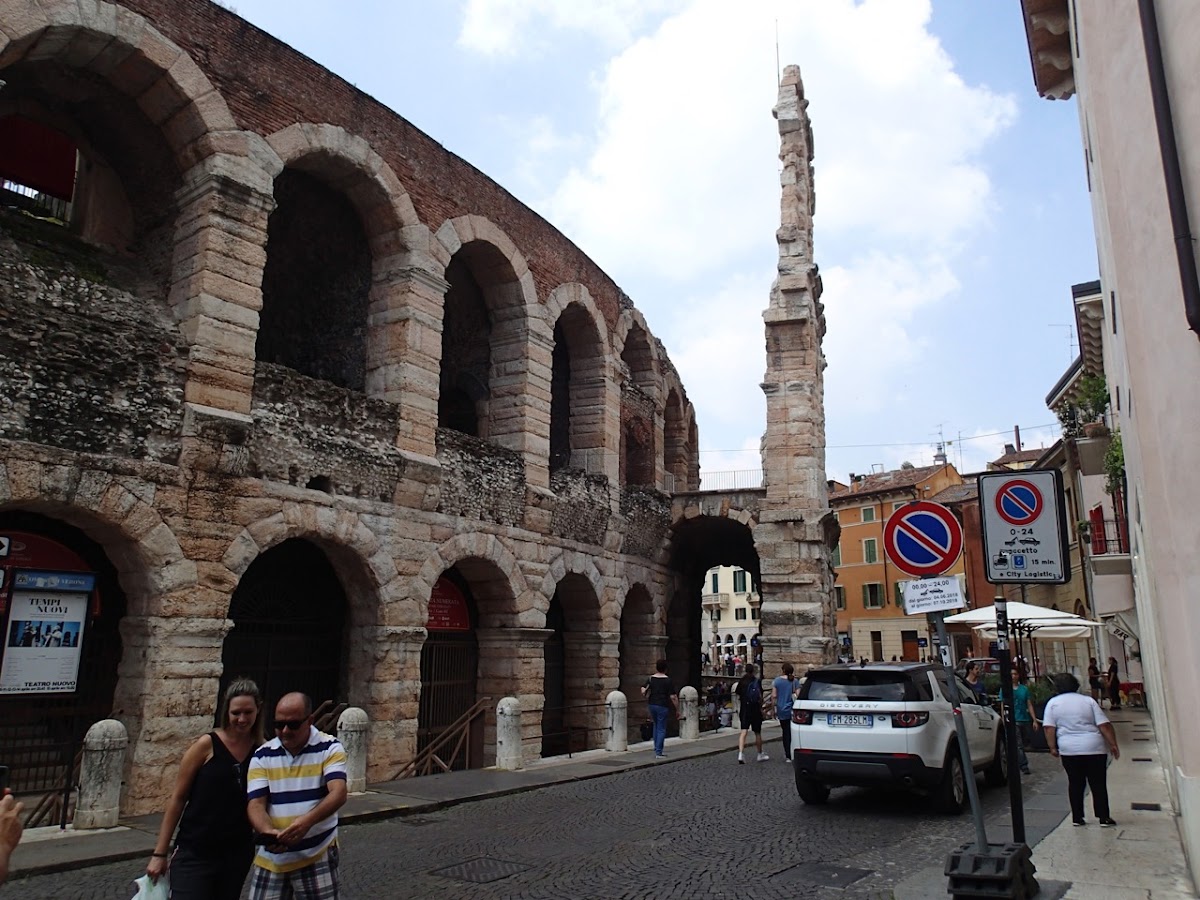 In summer there are concerts and other events held in Arena. We didn't go inside, not just because of quite big entrance fee, but we also knew we didn't have time to see everything we would like to. 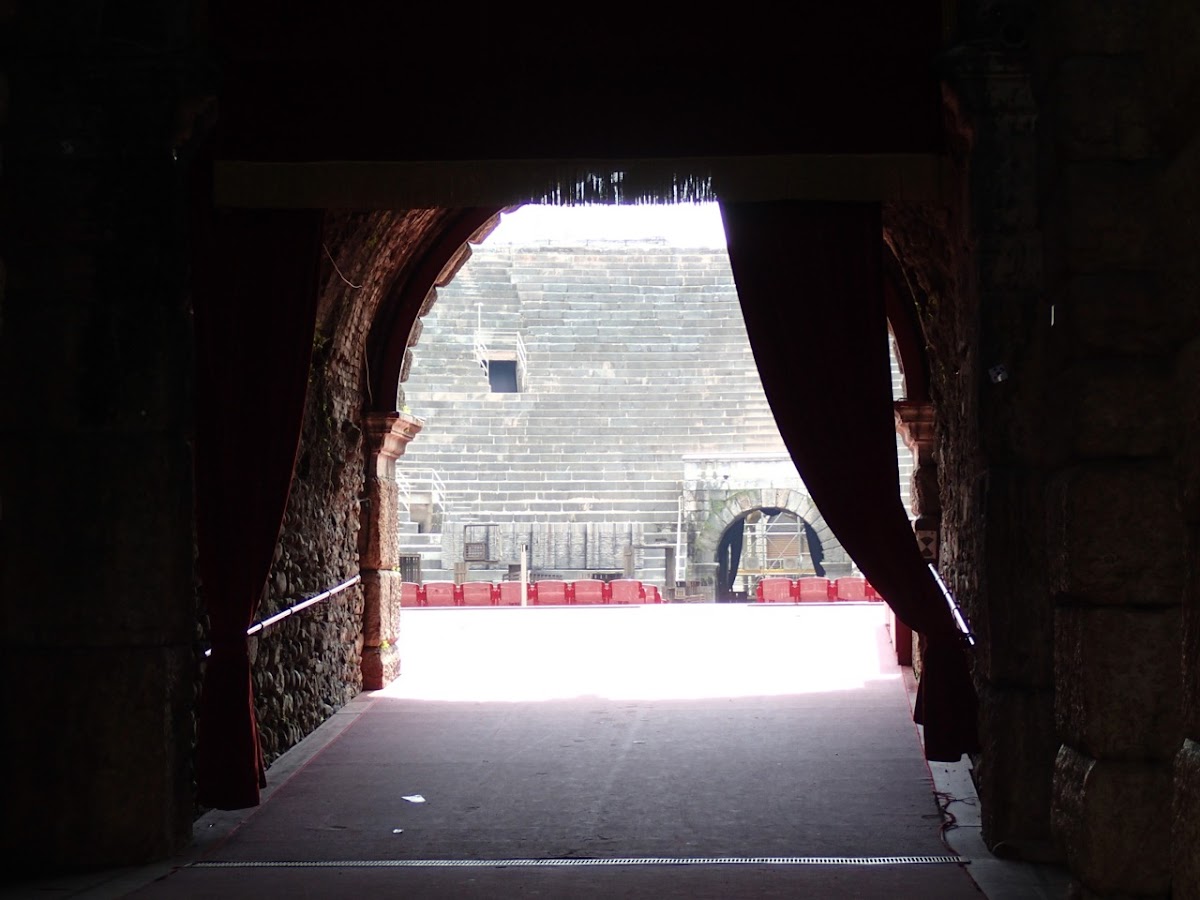 We walked through the narrow streets and there were so many beautiful old buildings. I have to admit that we didn't do much research about the architecture and history, so we don't know what the buildings are. Nonetheless, they were very worthy of photographing. 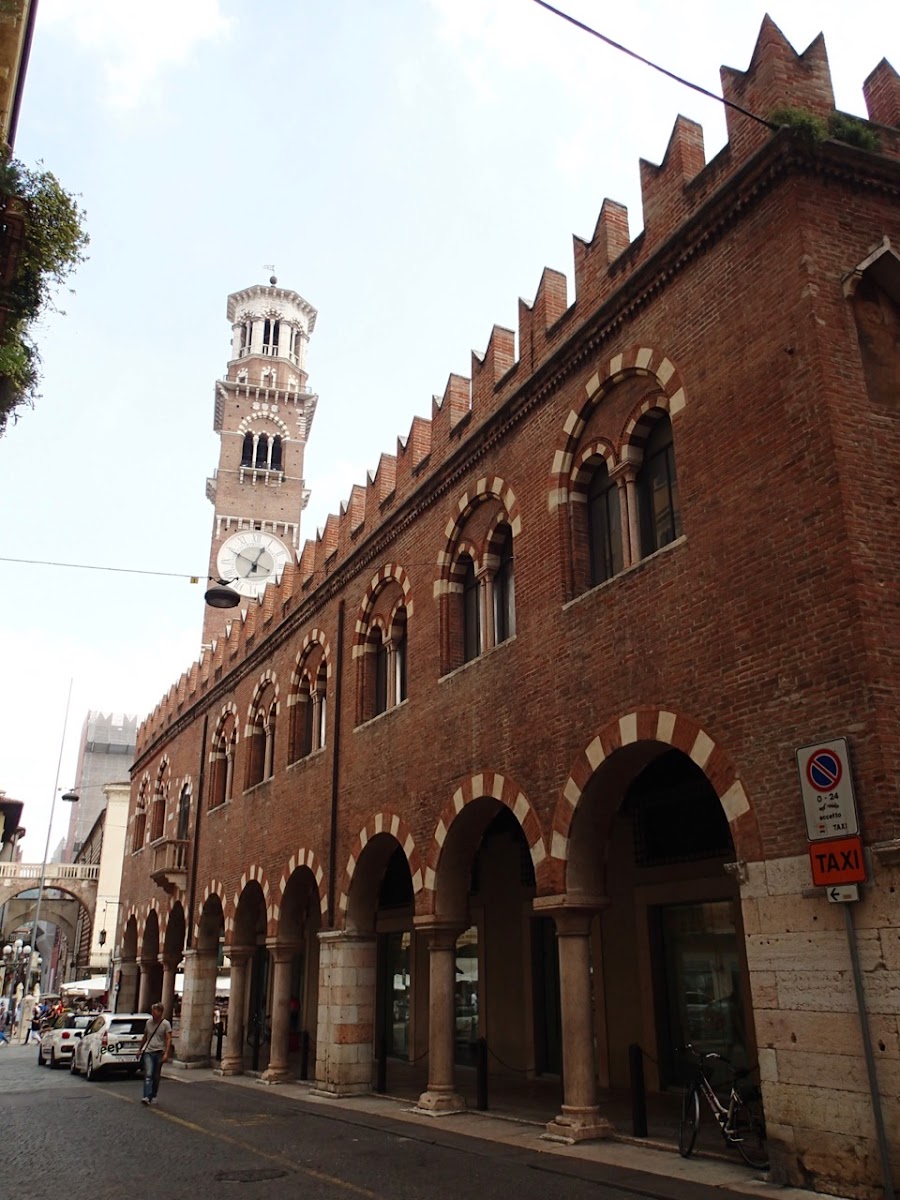 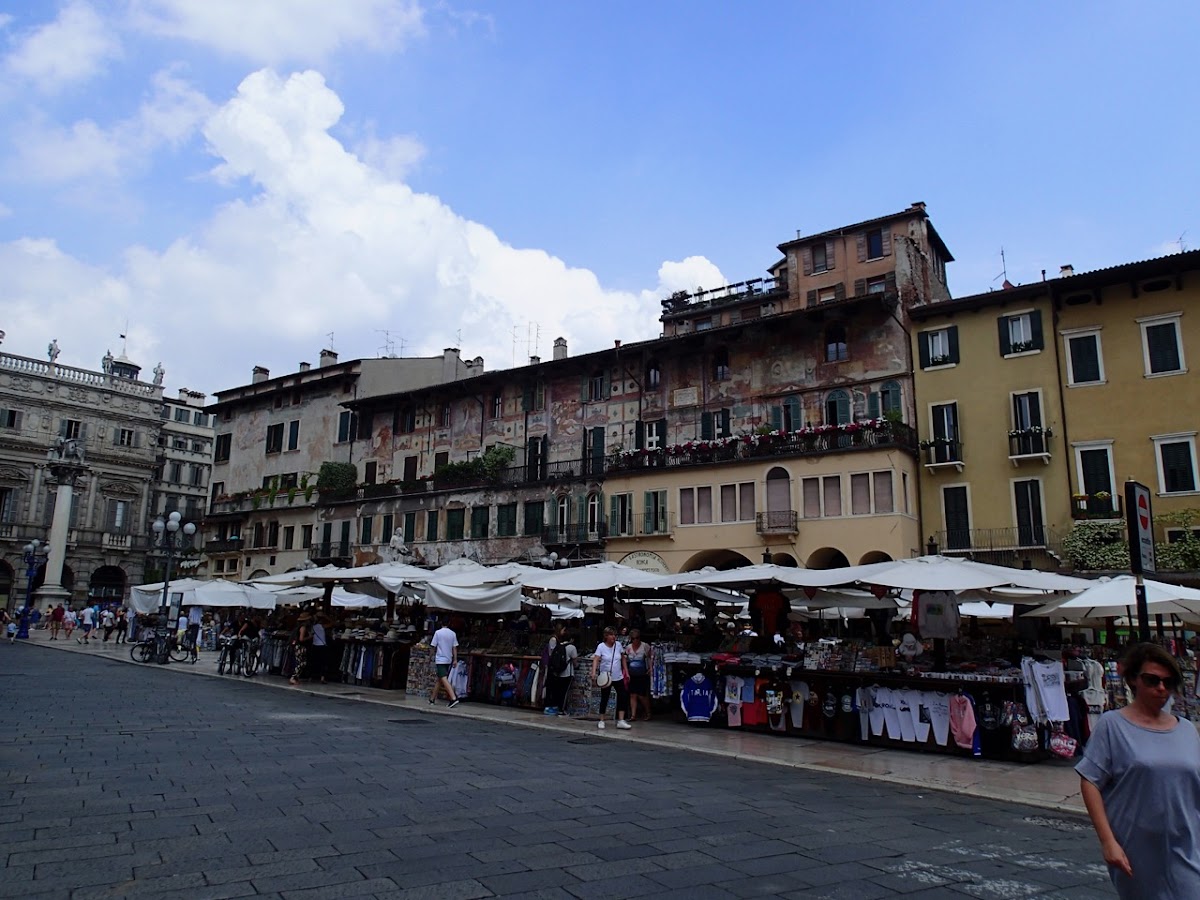 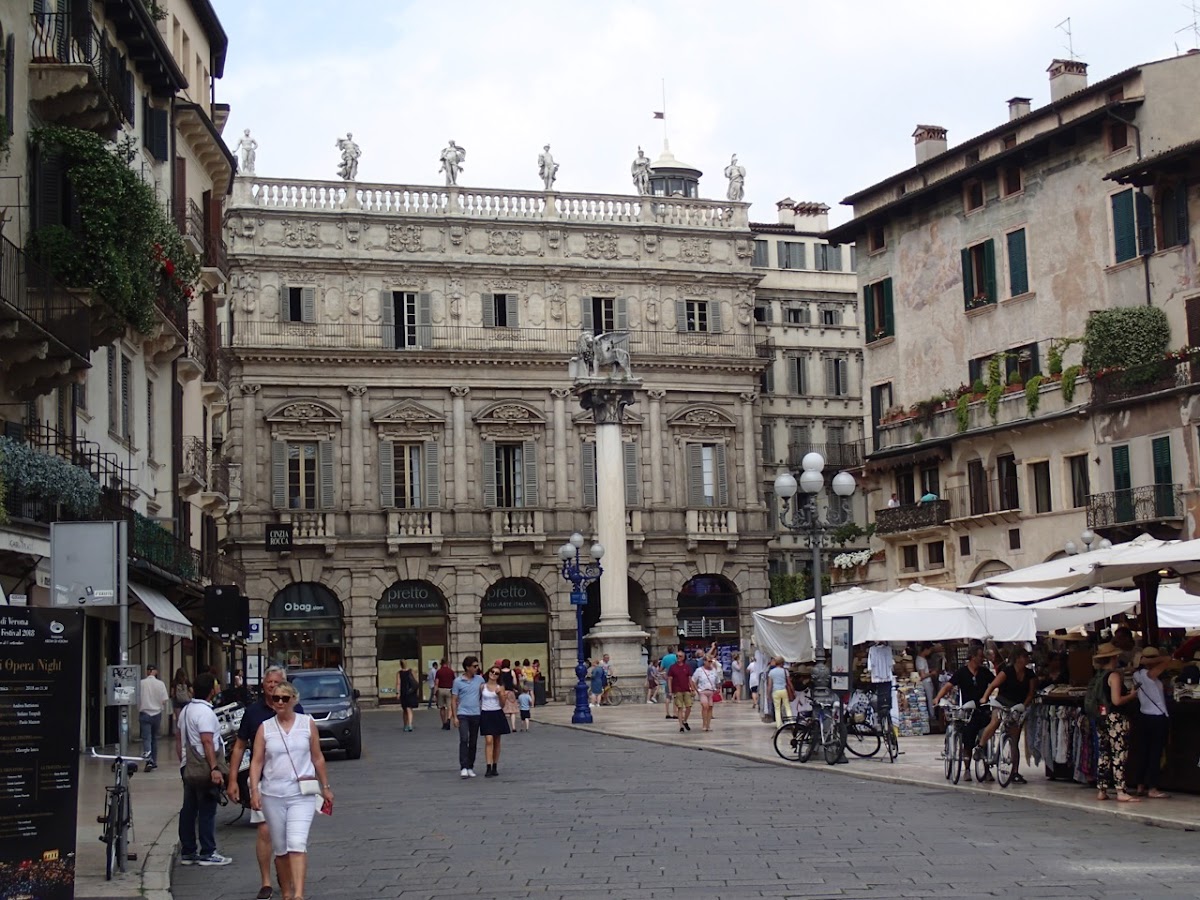 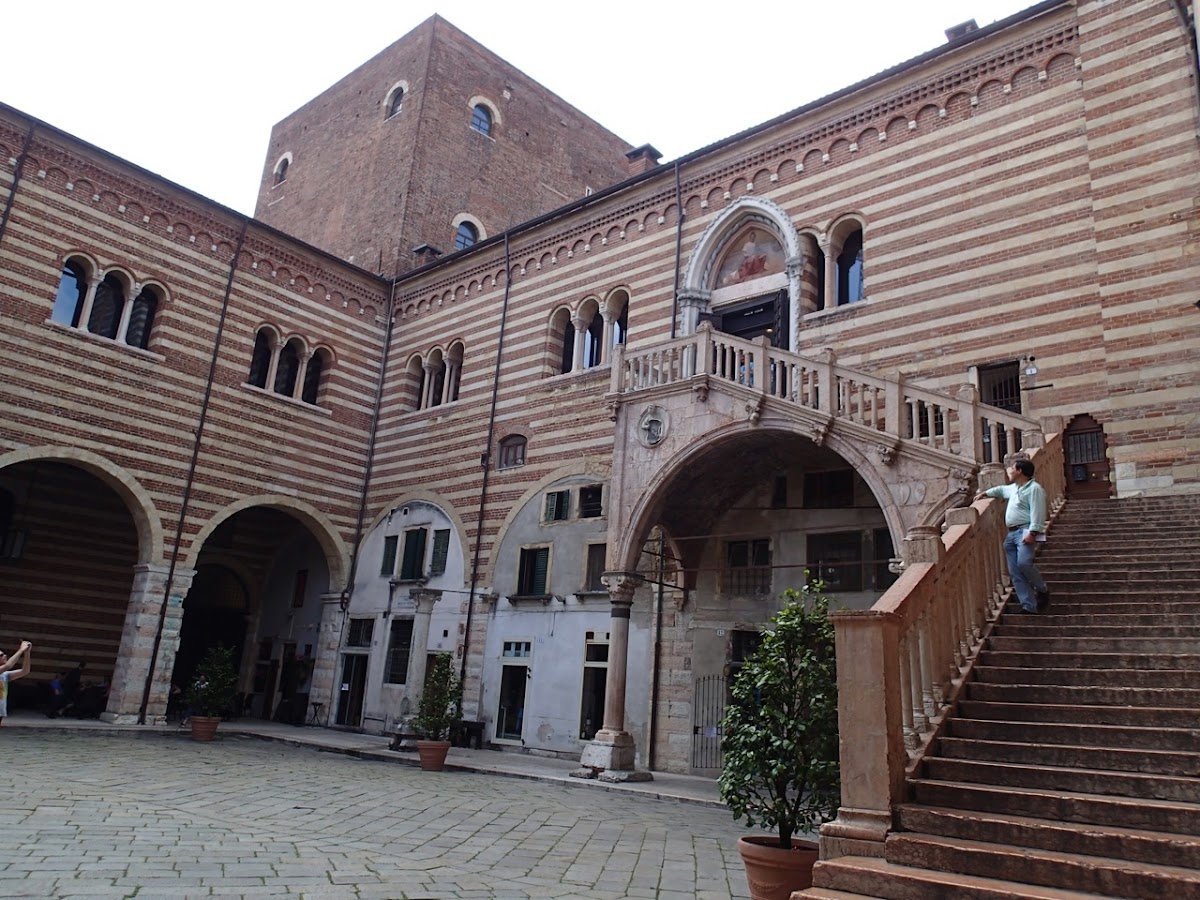 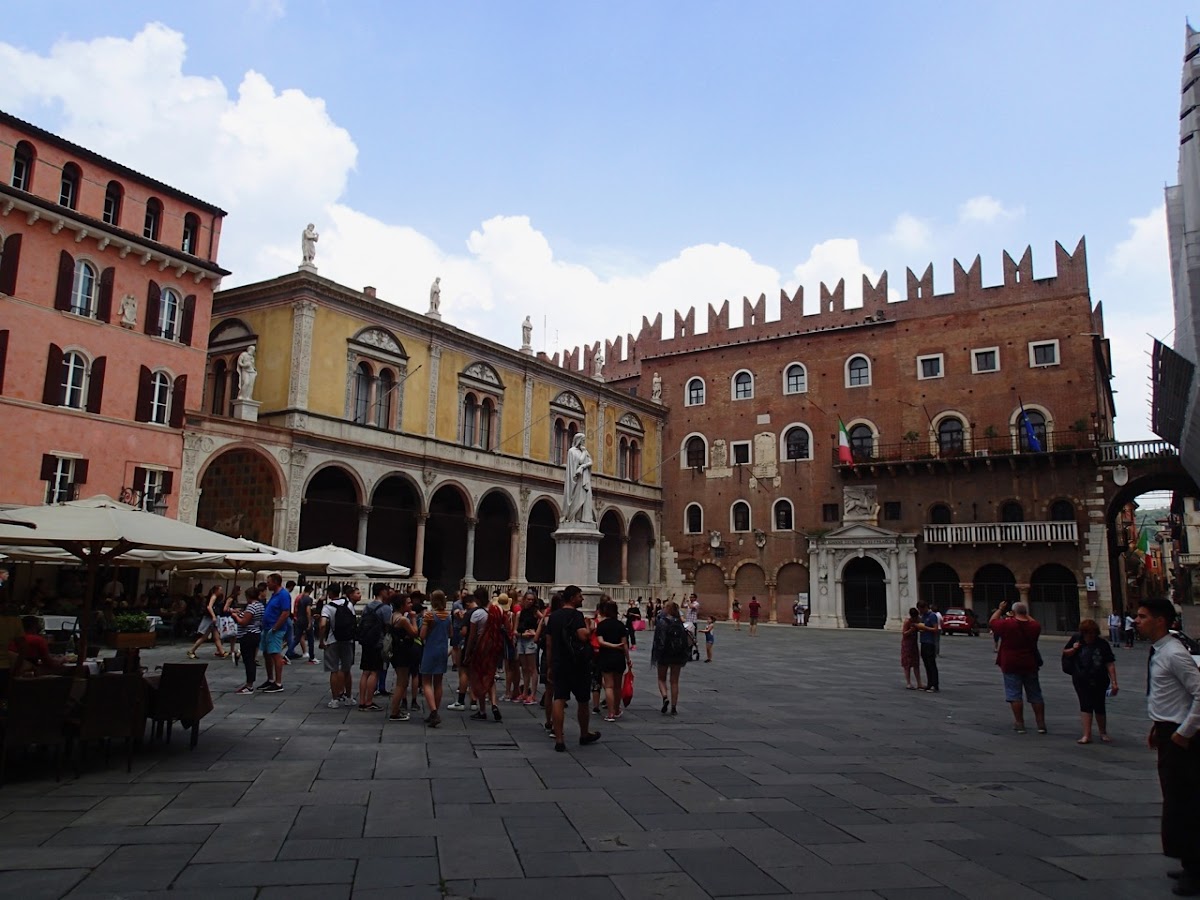 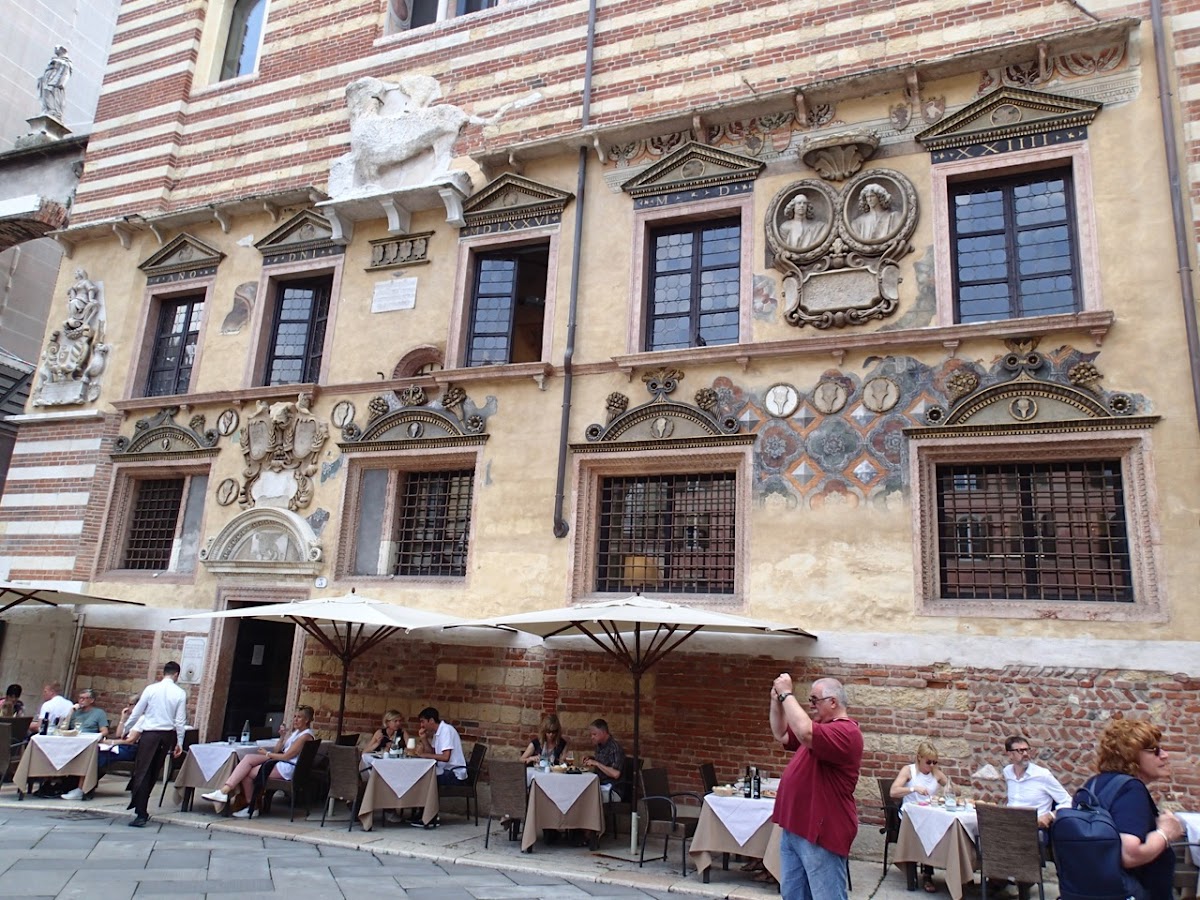 It was again a very hot day, so Captain used every opportunity to rest. 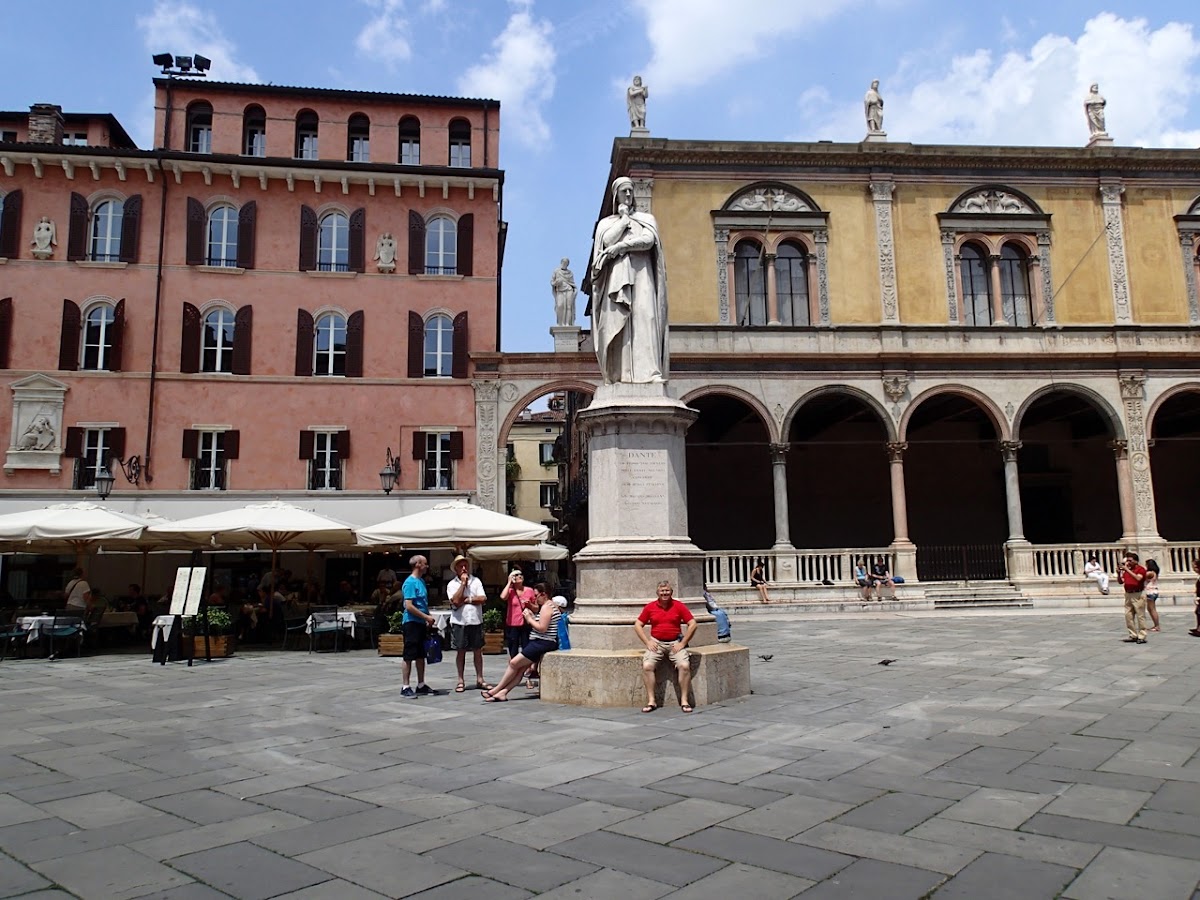 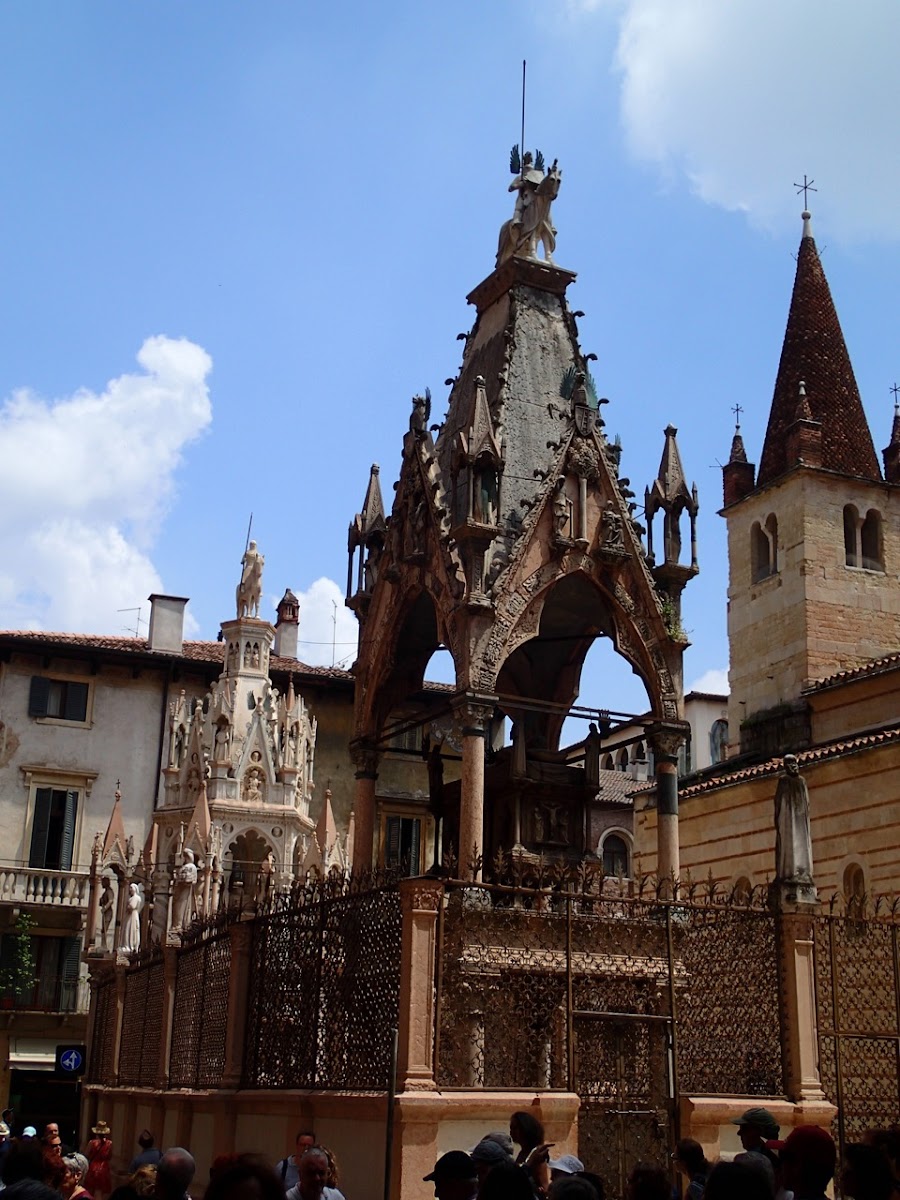 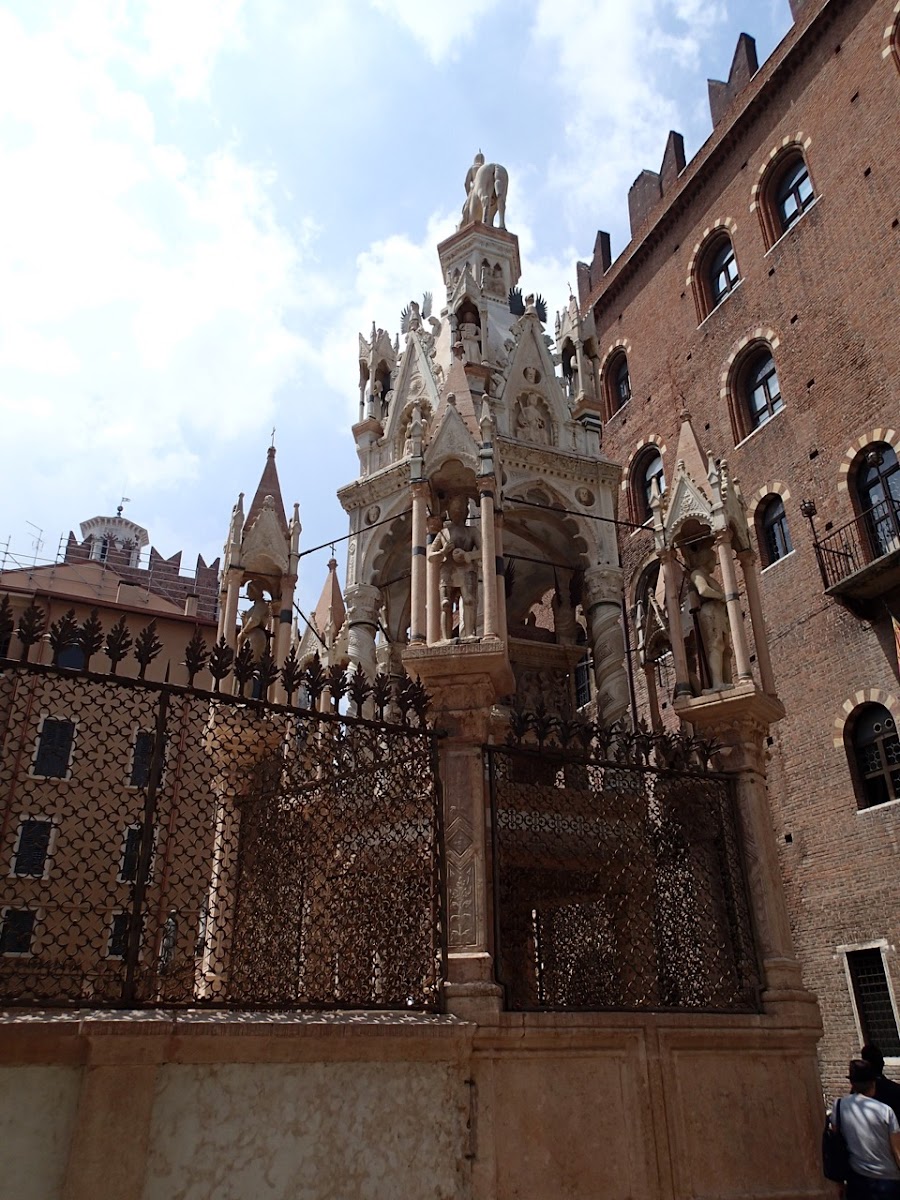 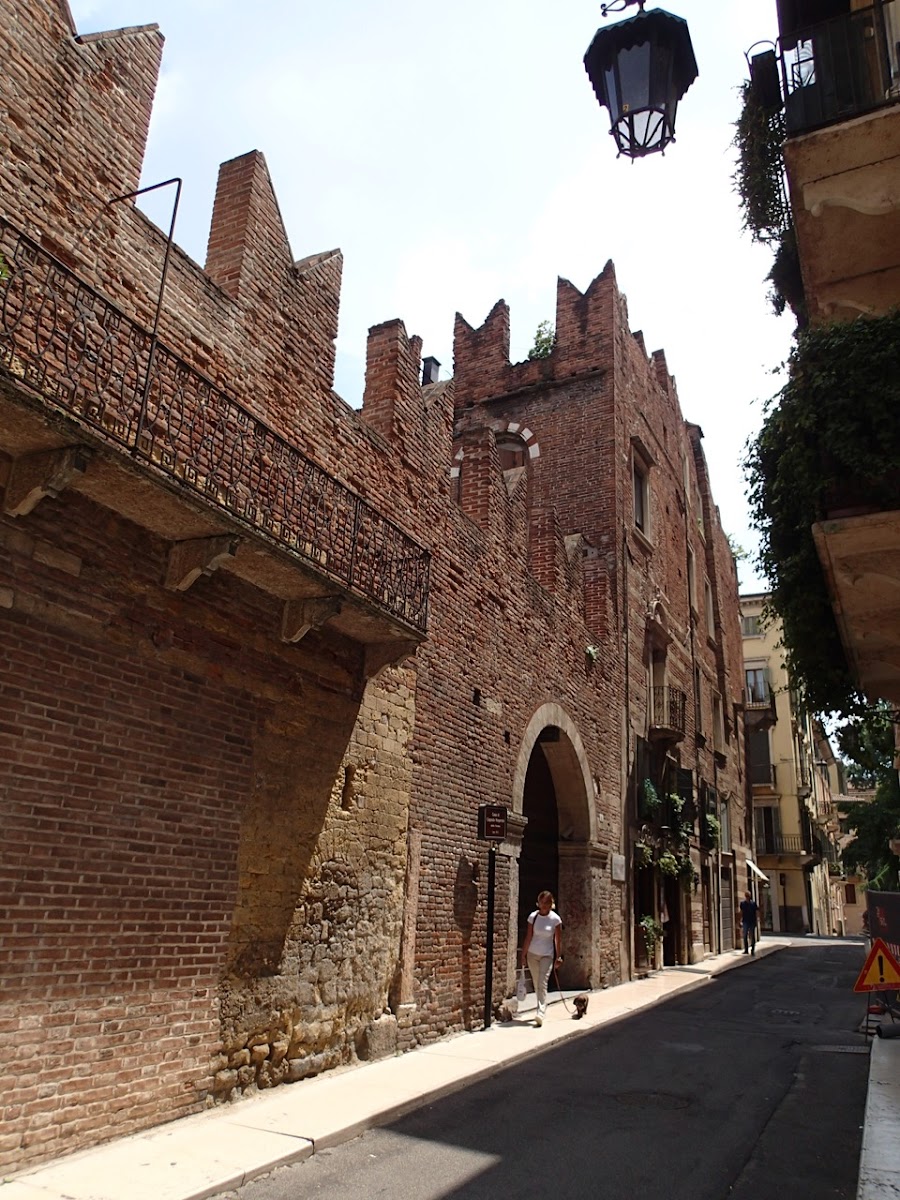 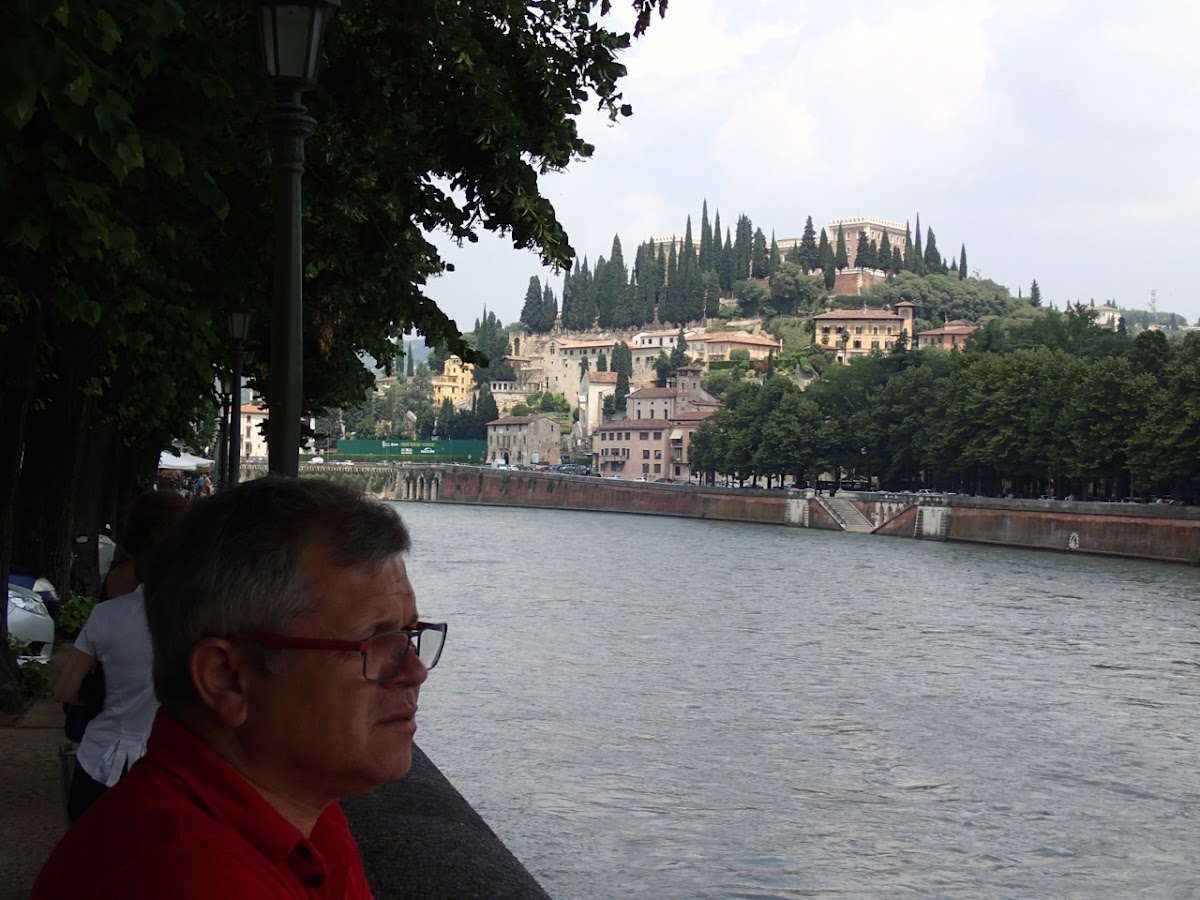 This house is supposedly the house where Juliet lived... 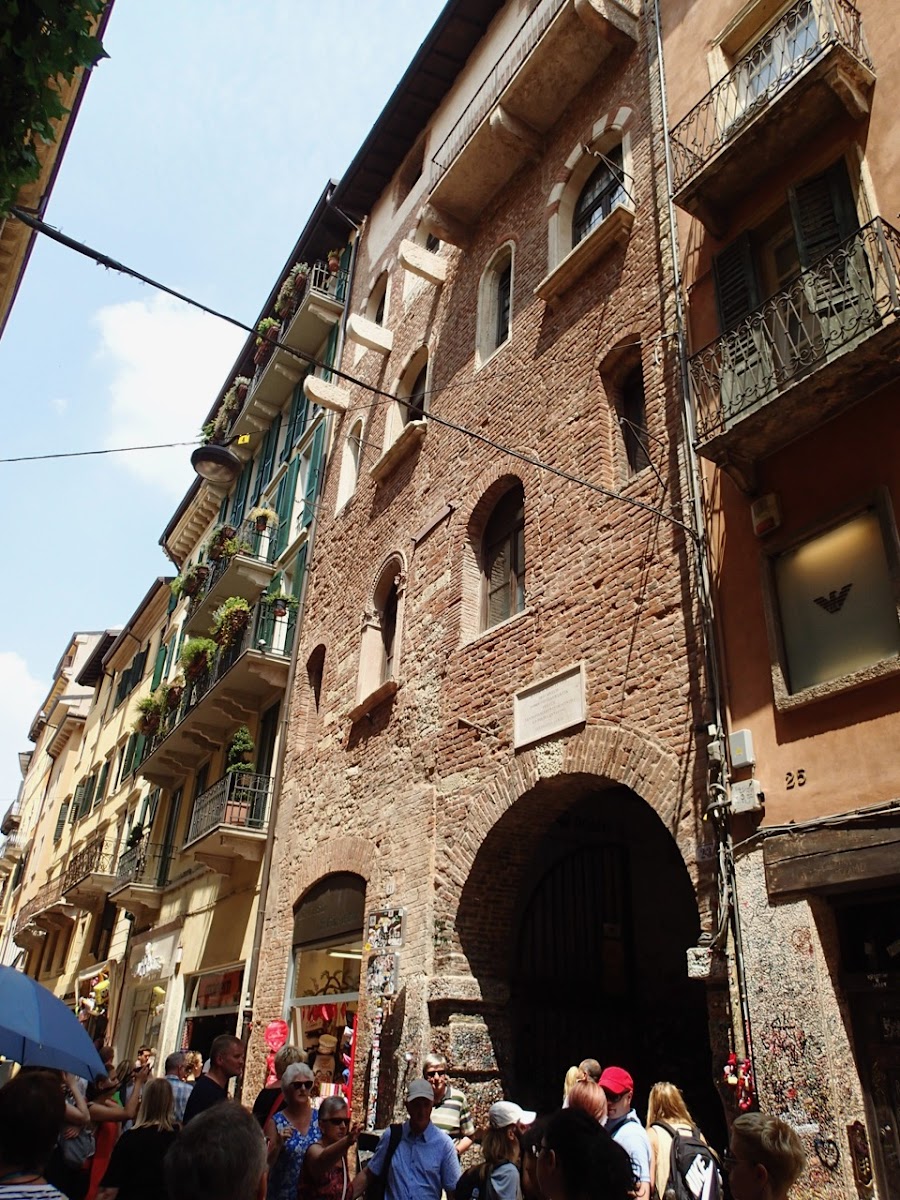 ... and this is the famous balcony. While the existence of both families - Capulet and Montague - is historic fact, there are no evidences that either Juliet or Romeo really existed. 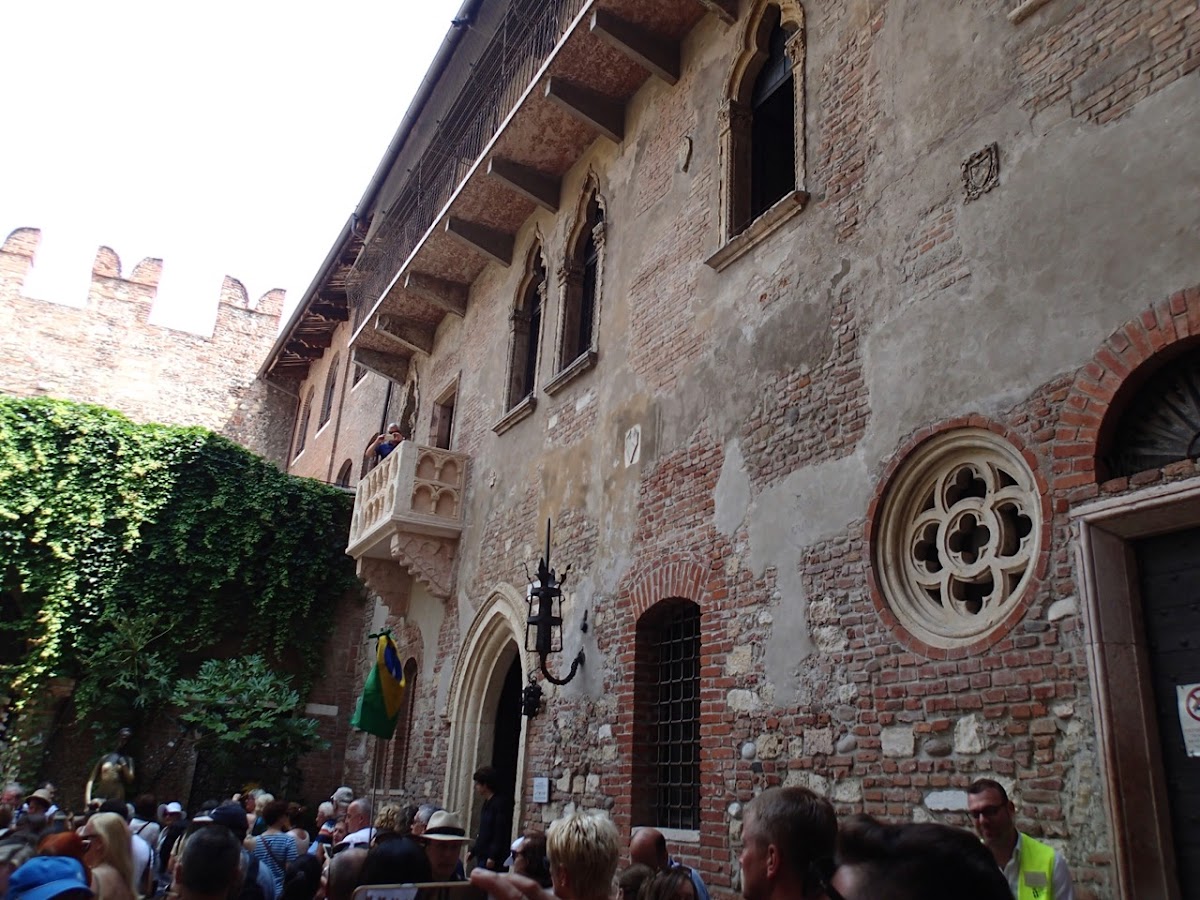 After couple of hours we got tired of waking in scorching sun. On the way back to the car we passed more pretty buildings... 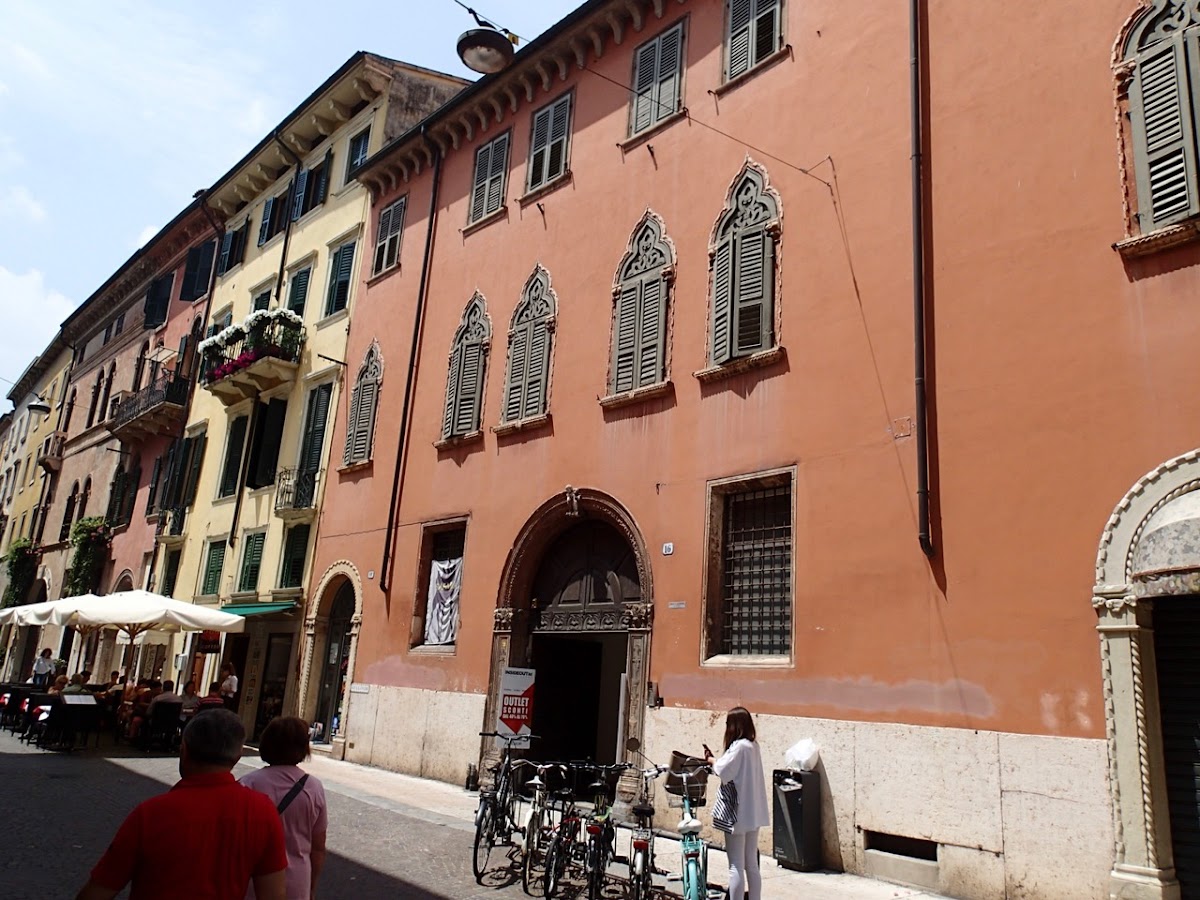 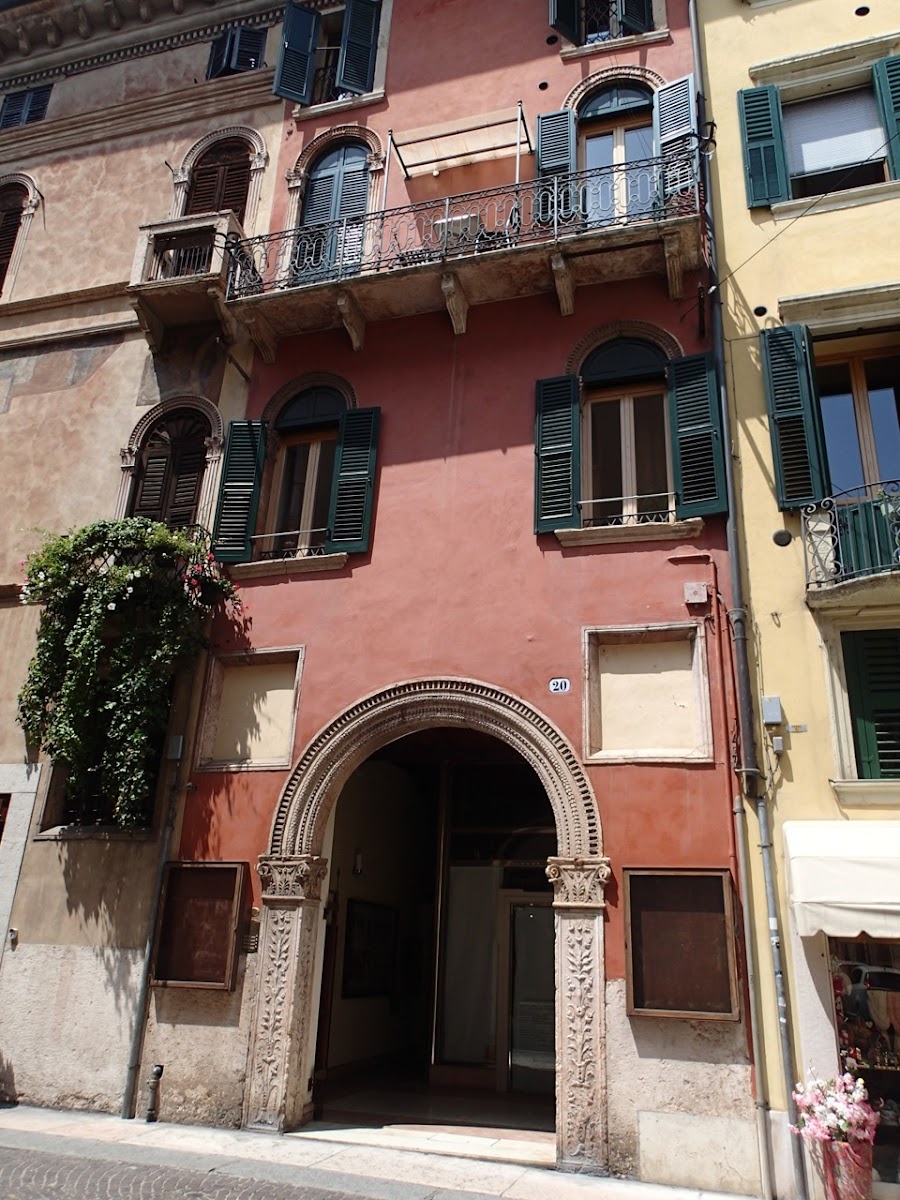 ... and made a stop at a bistro. It was too hot for lunch, but just right for a big ice cream.

From Verona we took the highway and after three hours made a stop in Monfalcone. And from there it took us only another hour to get home.

Our Italy trip was short, but we saw and experienced so much in three days. We will definitely have to return to Lago di Garda, there is still so much to be seen. But maybe we'll try to pick less warm weather and will probably avoid the most crowded places.