What a day it was today! We woke up to a beautiful Caribbean morning with bright blue sky with white cumulus clouds sailing through it and plenty of sunshine to bring out the colors of water, trees, houses and plants. There haven't been many days like this lately,  there was always some haze in the sky that made taking photos difficult. On such a day even working is not so hard - we did "pickle" our watermaker (the process where you put some chemicals in the system to conserve it for longer periods of time), we cleaned and repaired some of the hatches, did a small load of laundry and repaired the seal on the engine command panel, that wasn't watertight any more. And in the breaks between work we cooked lunch, had a couple of swims in the sea and captain made chocolate - Gregory got us a cocoa fruit the other day, we ate the flesh that is around the seeds yesterday and toasted and grind the seeds today. Then some other ingredients were added - like condensed milk, sugar syrup etc and the result was not exactly like chocolate, but it was good and had interesting taste. It really was a beautifull day.

Yesterday we moved back to easter side of the bay from Pigeon Island to be closer to marina. We made arrangements to get to Martinique by a smaller ferry boat right from the marina, which makes departure a bit easier.

We enjoyed the days we were anchored in front of Pigeon Island, except maybe for Wednesday that was rainy and wet. We worked a lot (we got the jib down and stored it in 20 knots of wind etc), but also snorkeled and swam, and spent two evenings on land. We visited Jambe de Bois (or wooden leg in English), which is a nice restaurant with good food and cocktails. And we walked to the fortress on the top of the smaller of two peaks and wondered through the forrest.

On Tuesday night we had a full moon. 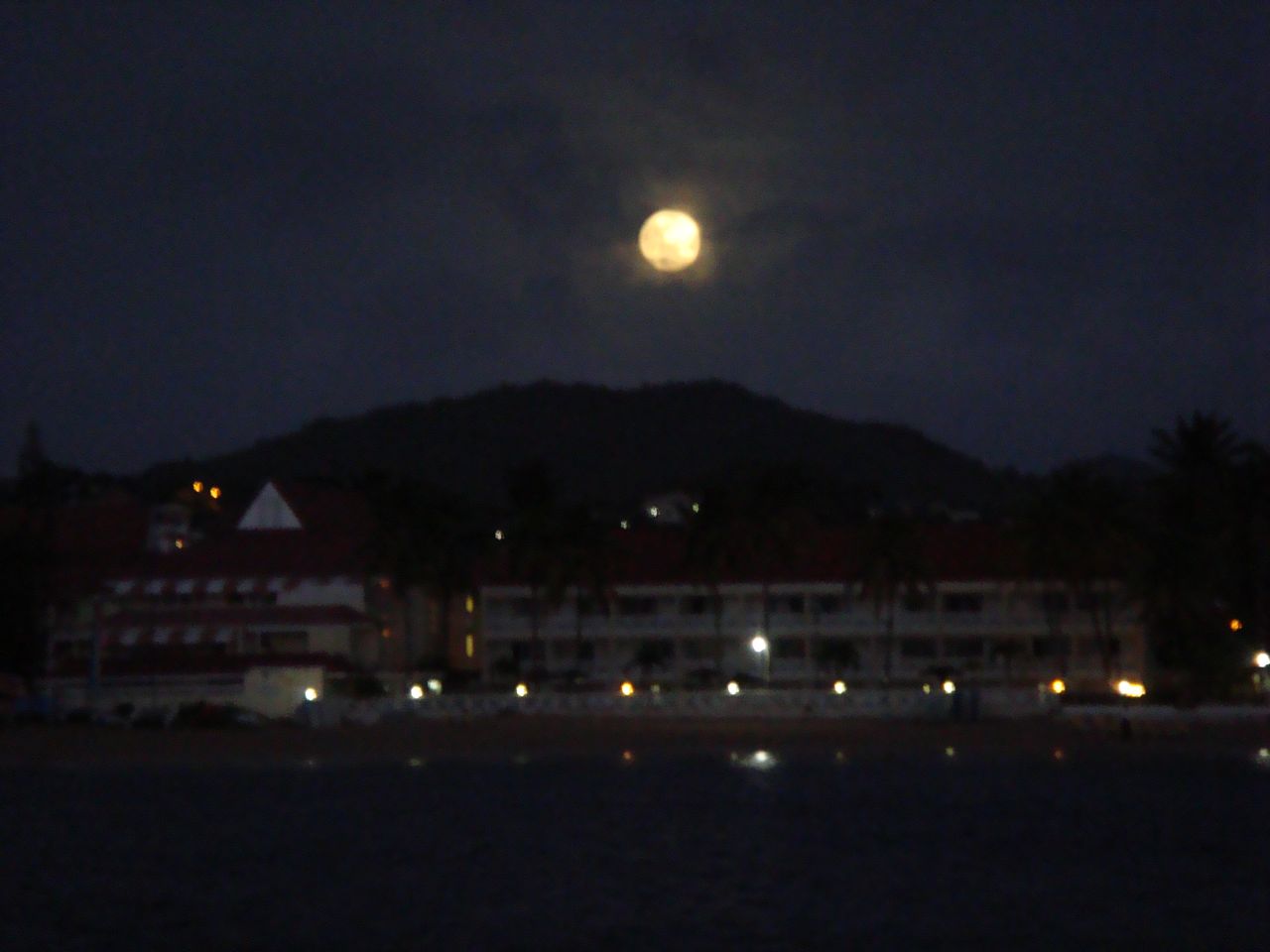 The trees on Pigeon Island are in bloom and it looks like forrest on fire. Jambe de Bois and the taller of the peaks. 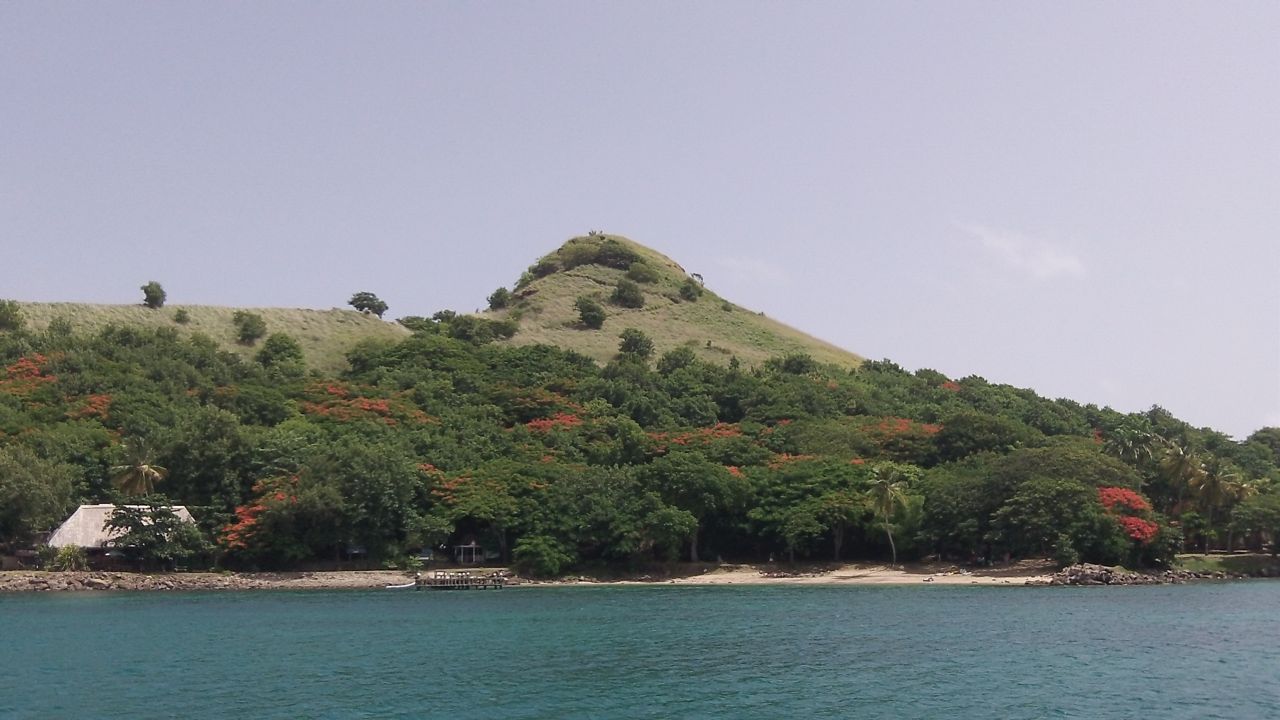 Heron in the bay, photographed from Jambe de Bois 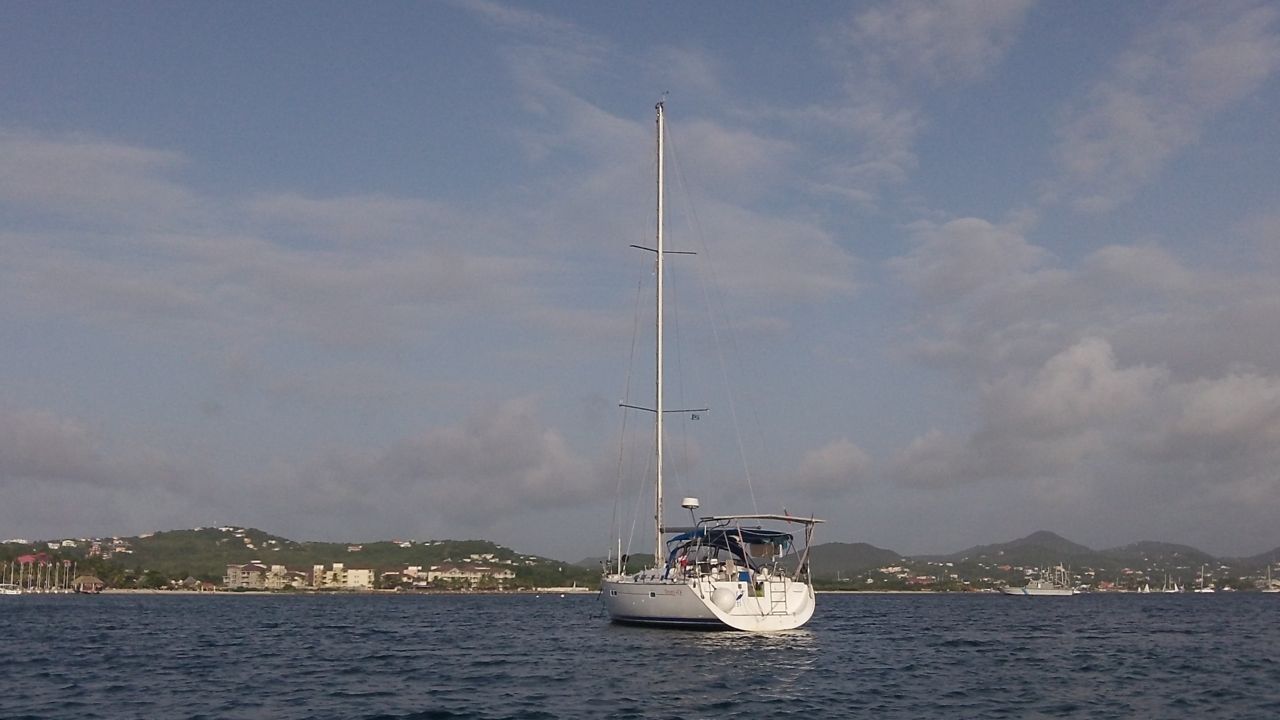 The terrace is lovely and furniture unbelievable. 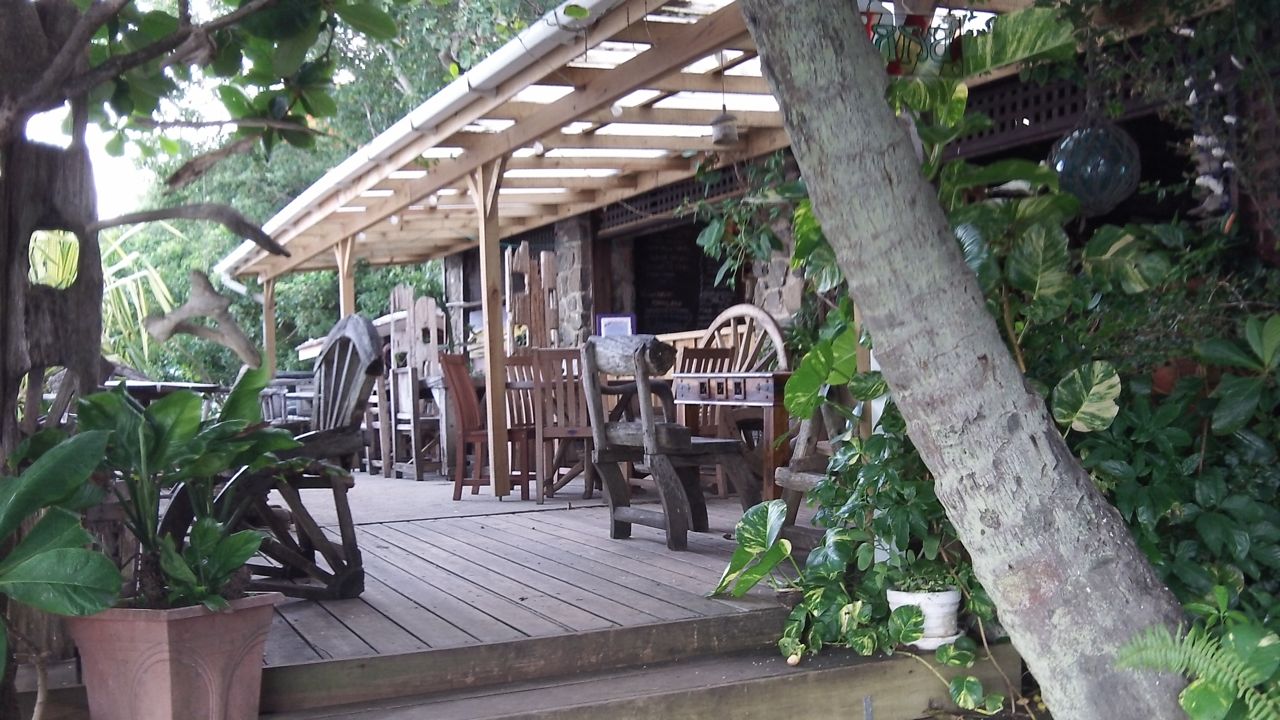 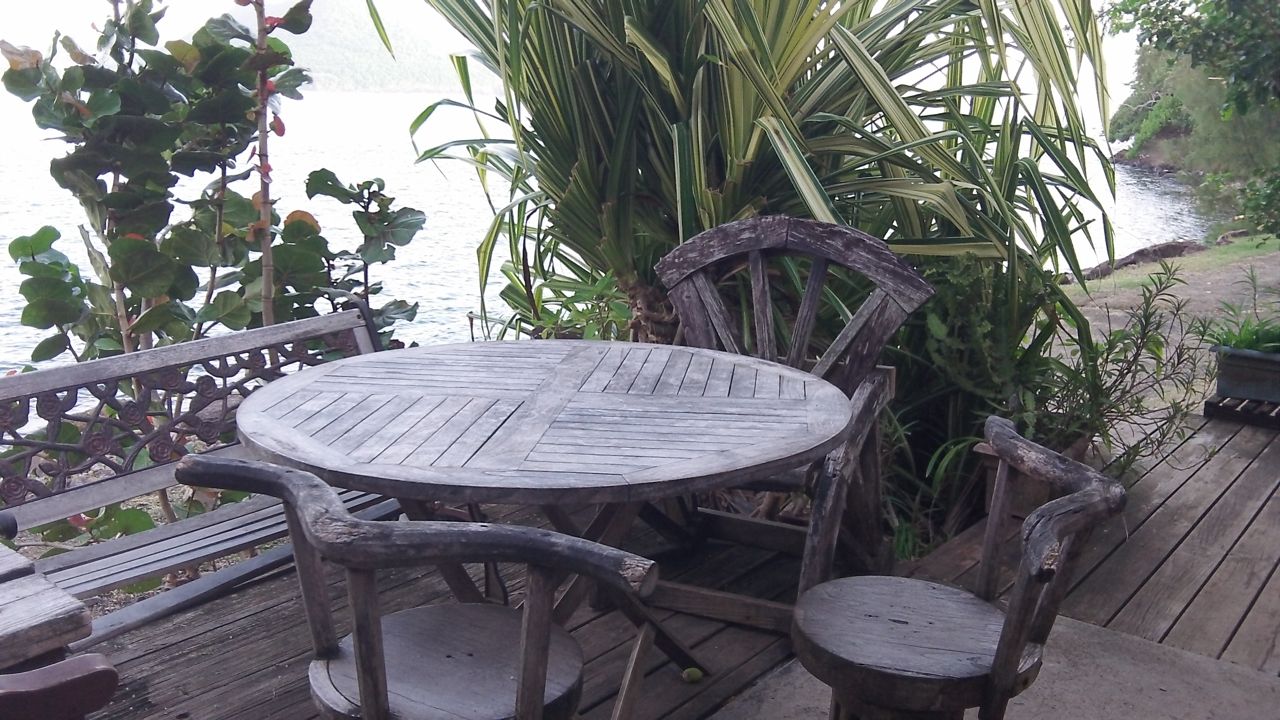 They have several cats... 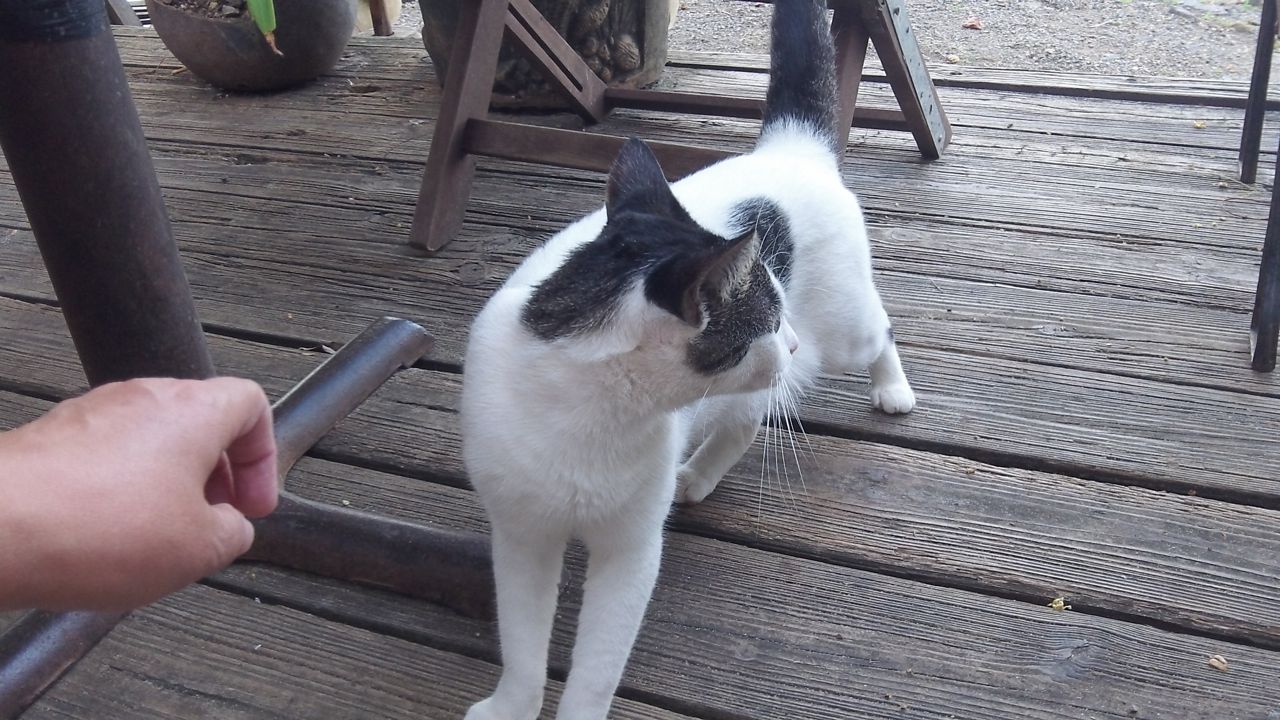 ... and this one became my best friend after we shared a cheesecake. 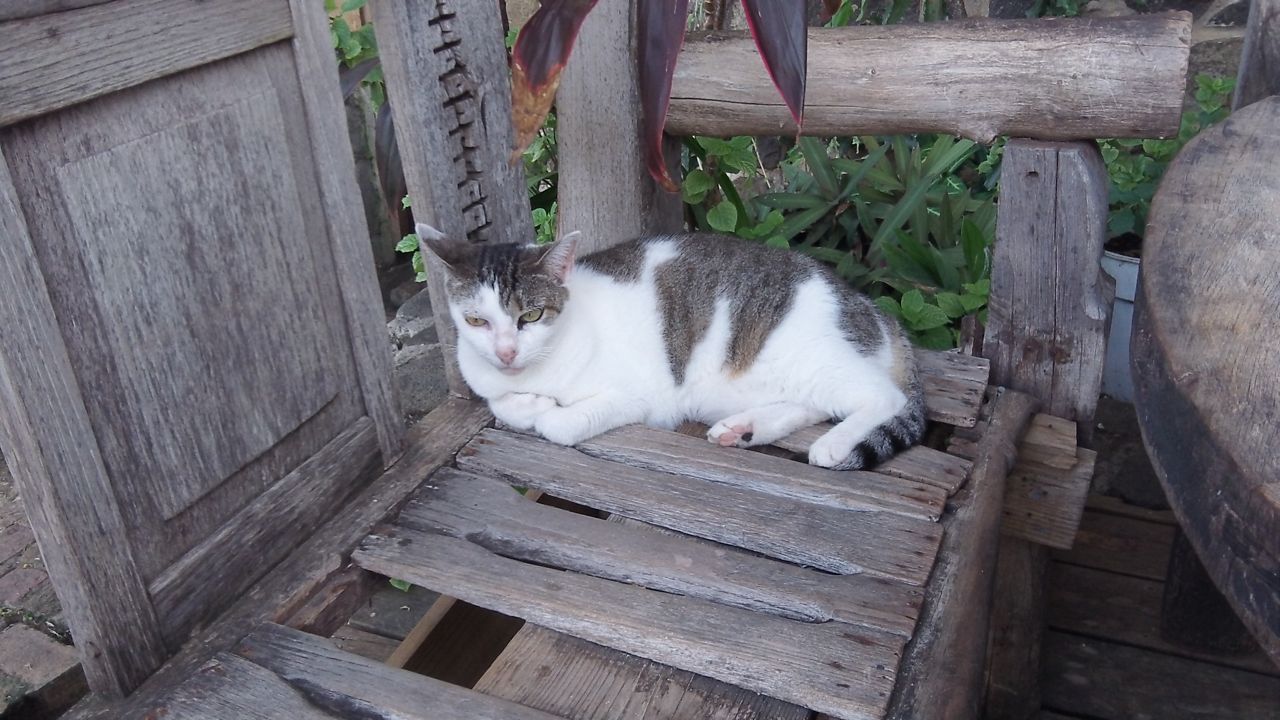 Around the hill there are many remains of previous times - like several graves from 18th century. 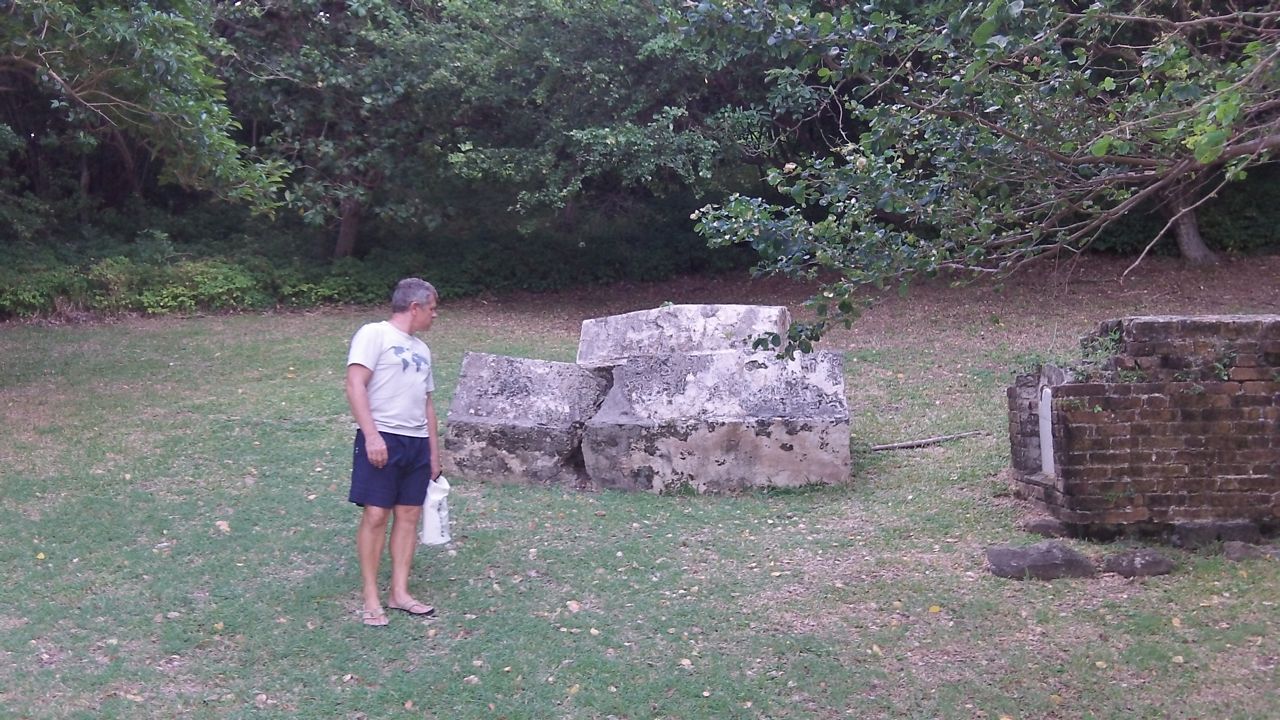 There are also papaya trees in the jungle. 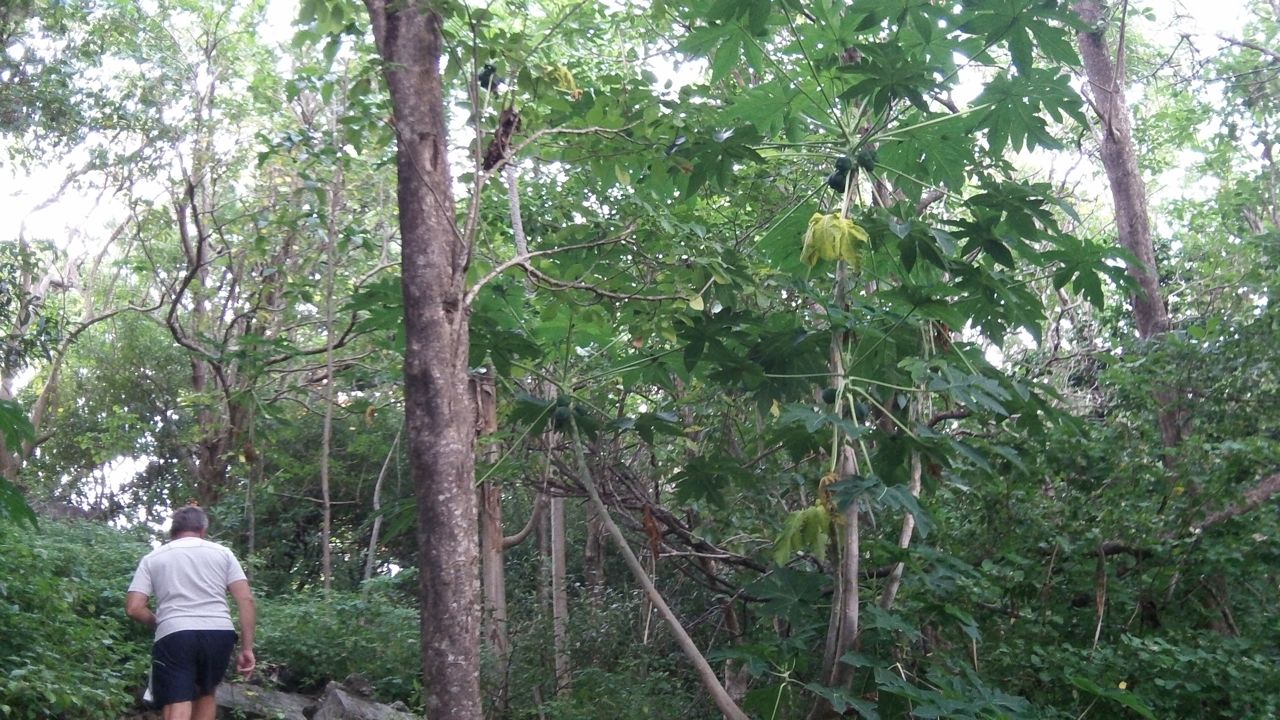 Pigeon Island was an island once - not too long ago when marina in Rodney Bay was built, they used the material from dredging the lagoon for connecting the island with the "mainland". The boat on photo is Heron of course... 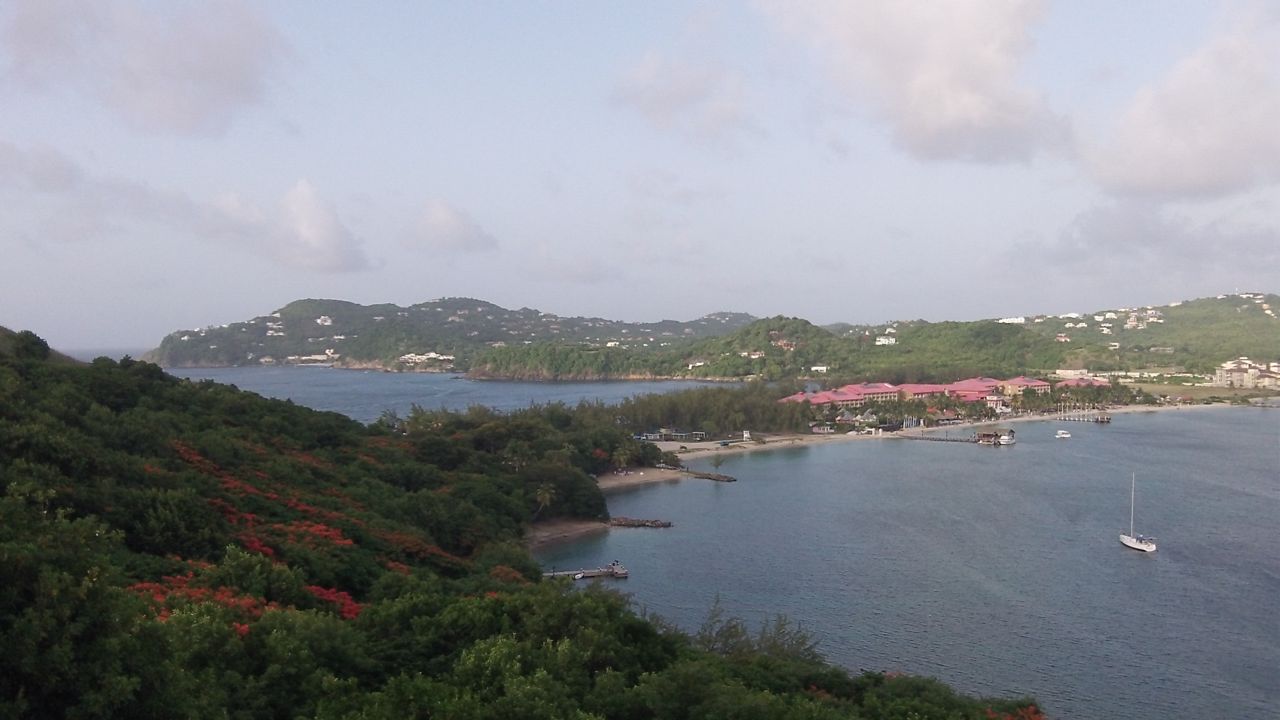 The fortress on the top. 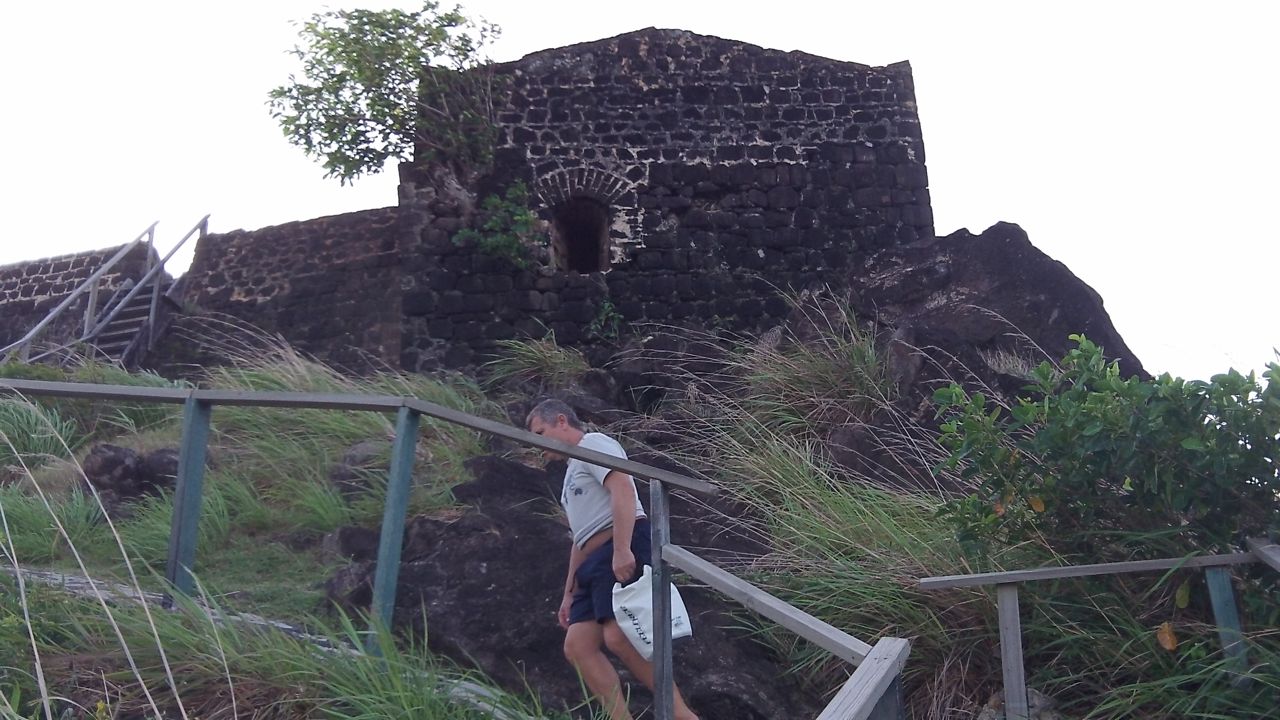 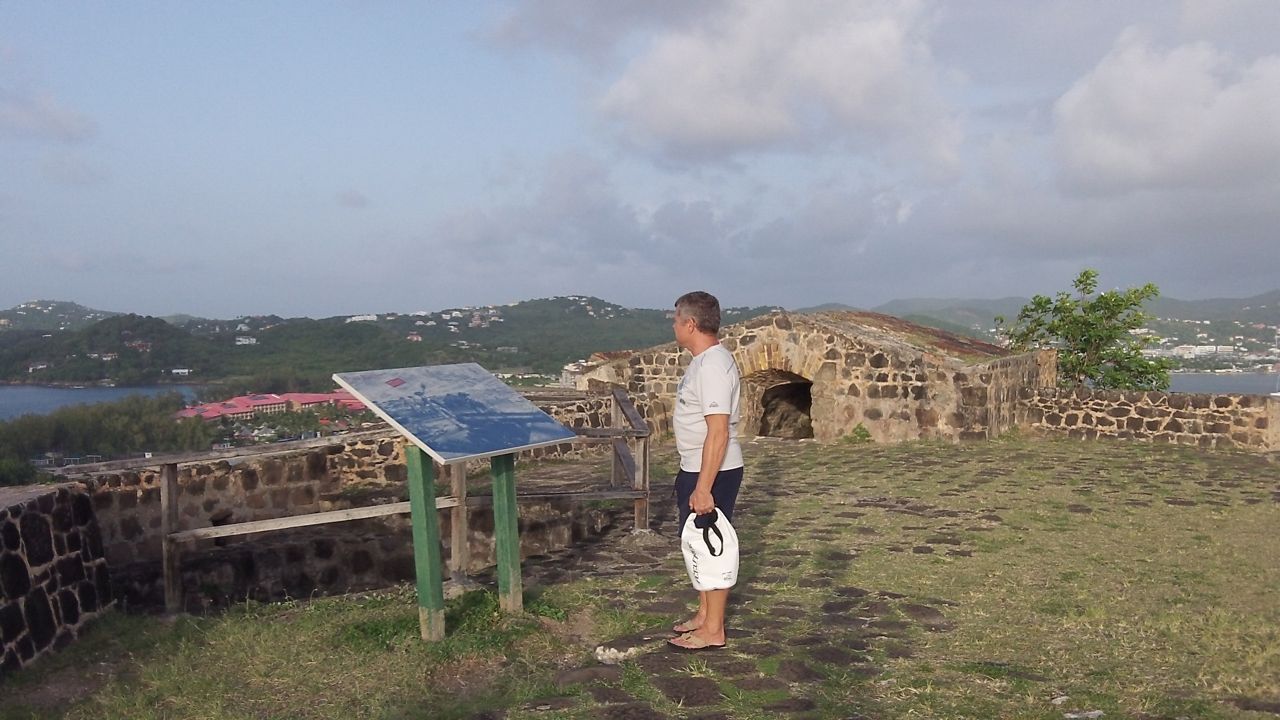 Looking towards the other peak called a Lookout - there the Brits had a lookout for French ships and it is said that on a clear day one can see all the way to Martinique. 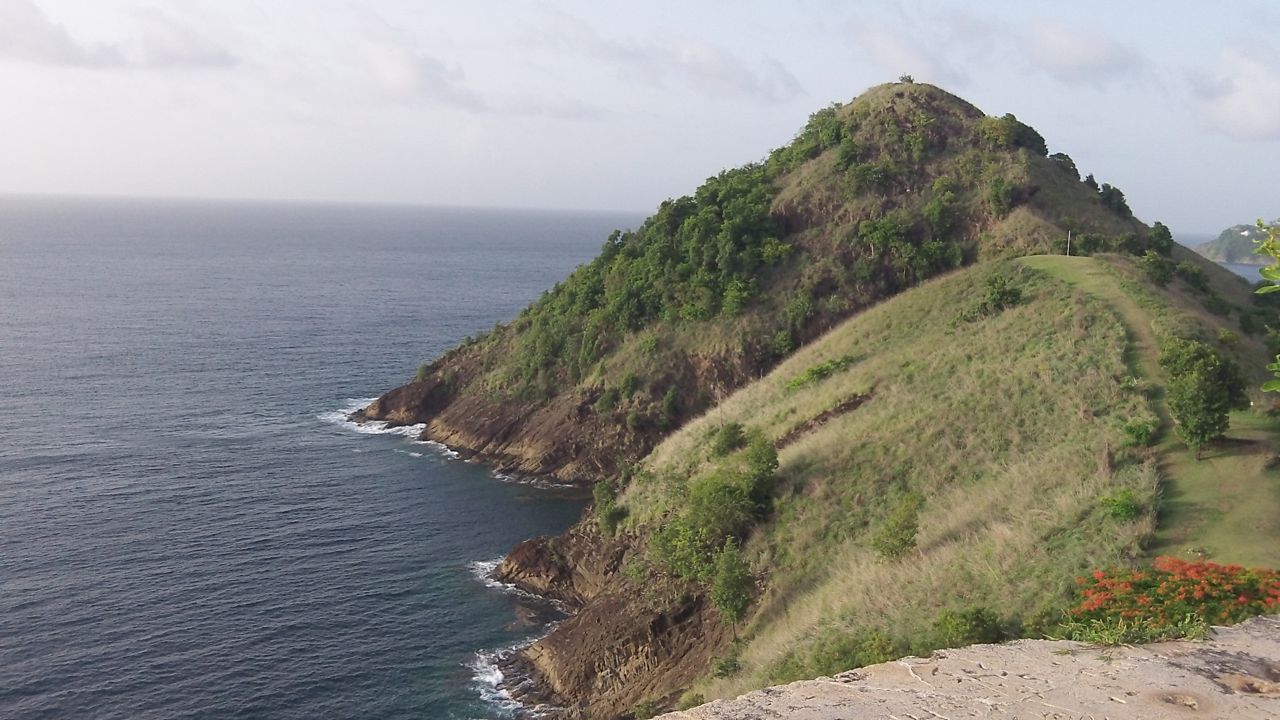 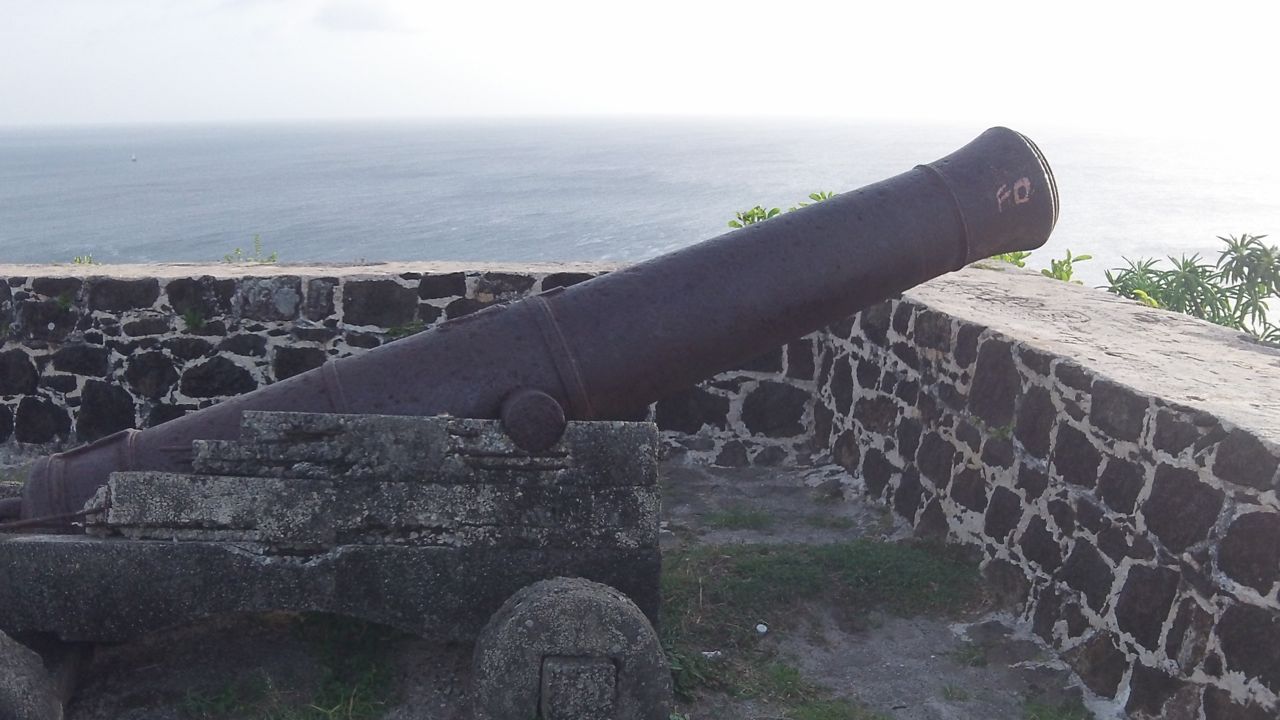 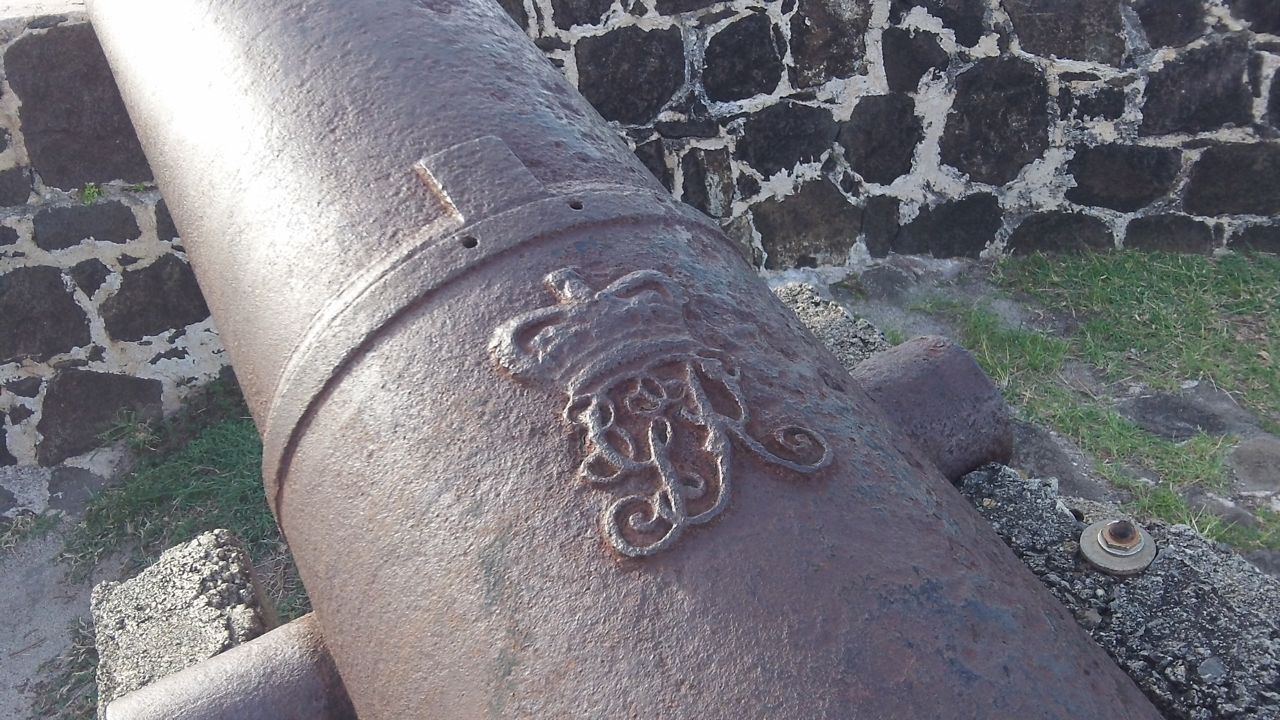 The view east towards Rodney Bay 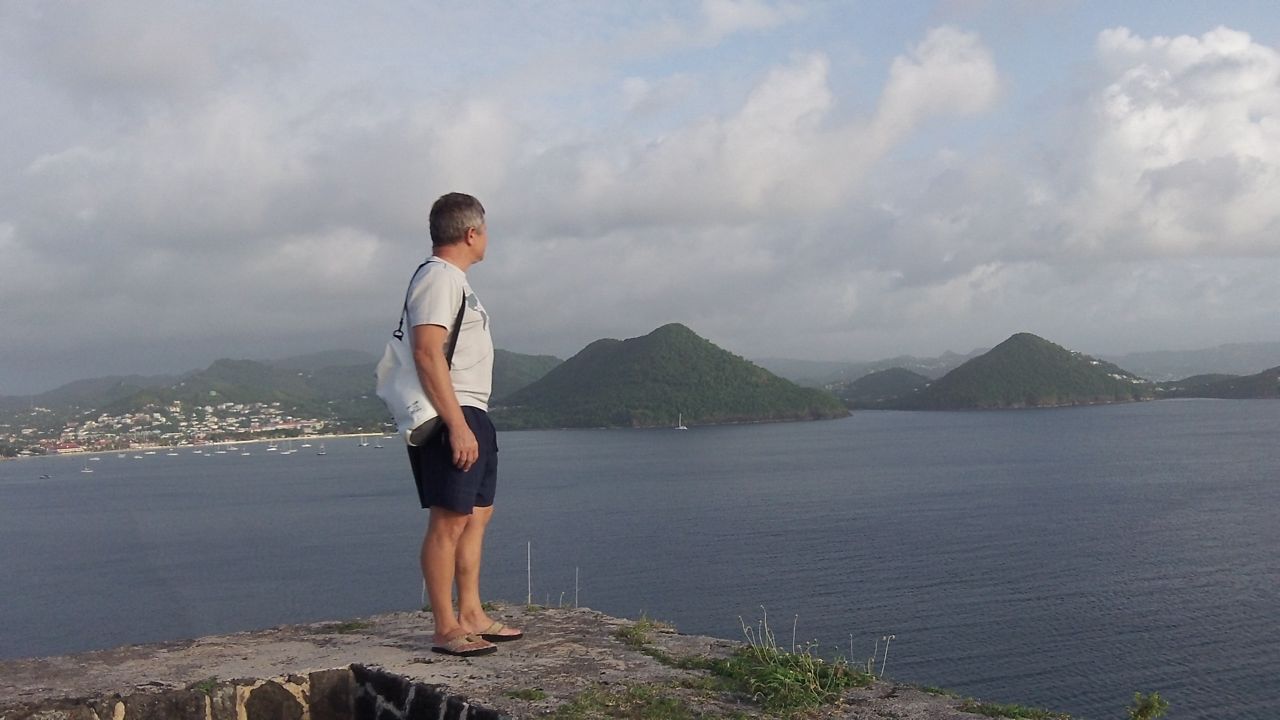 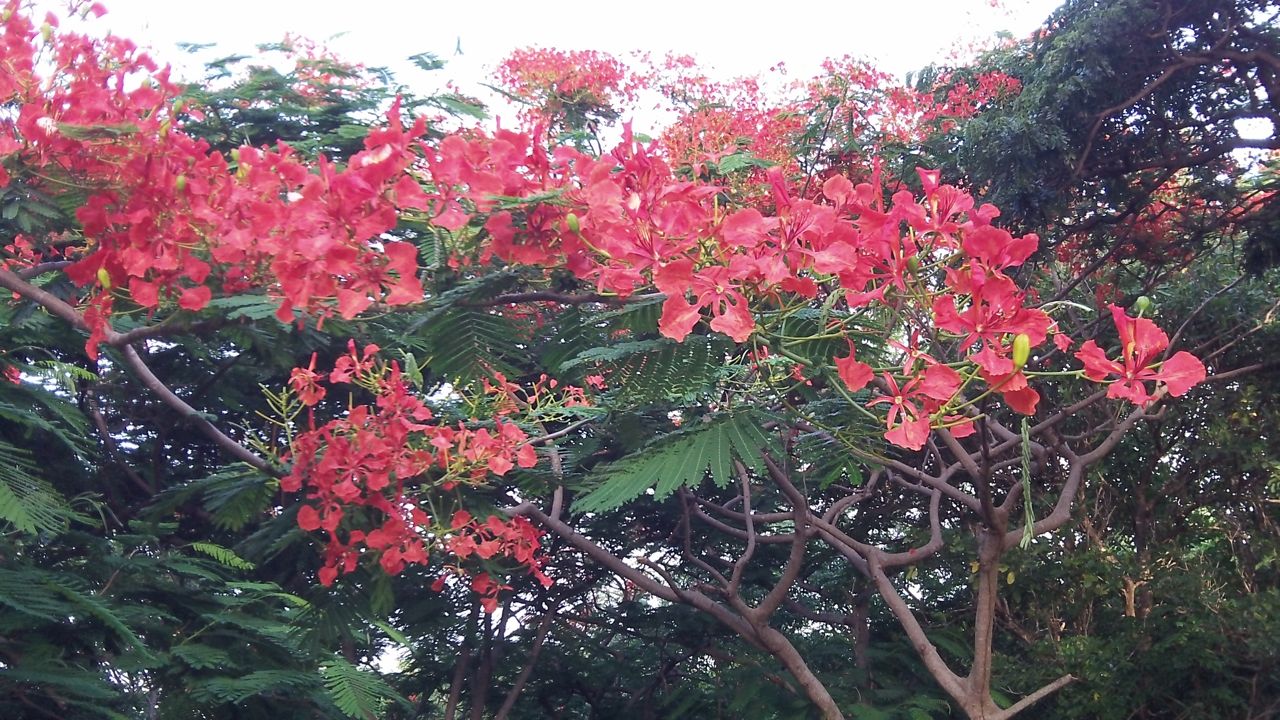 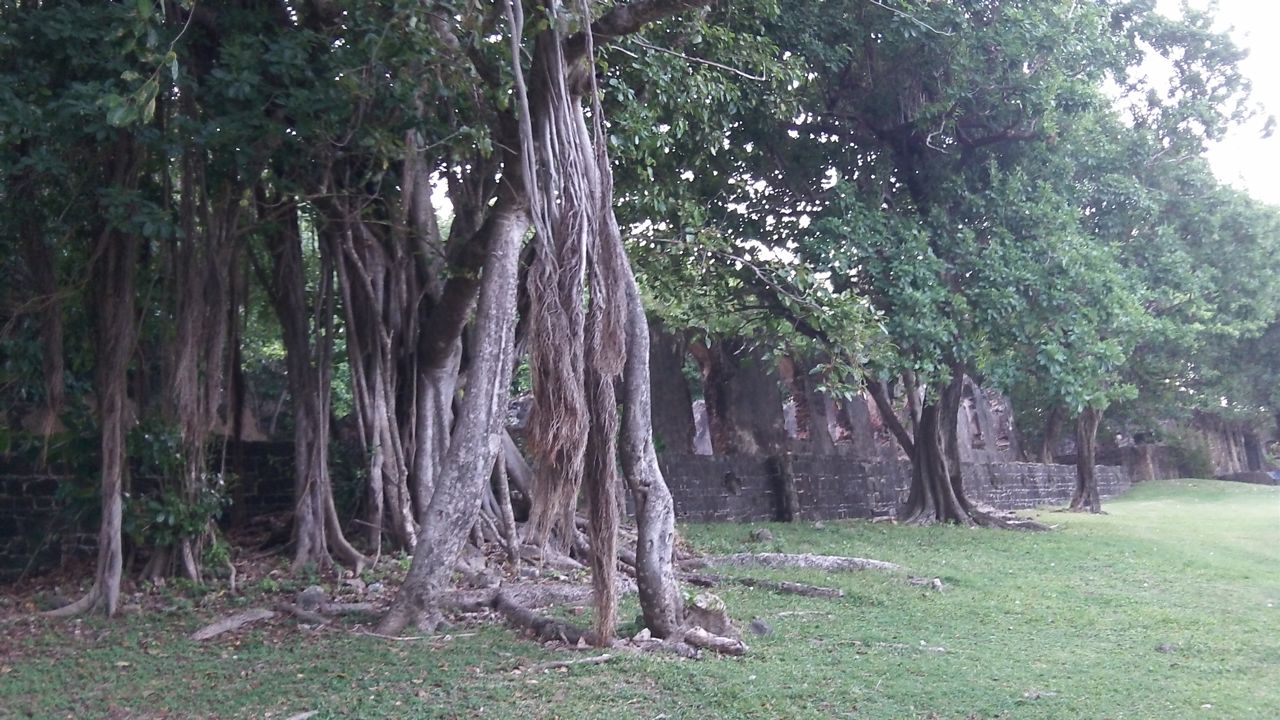 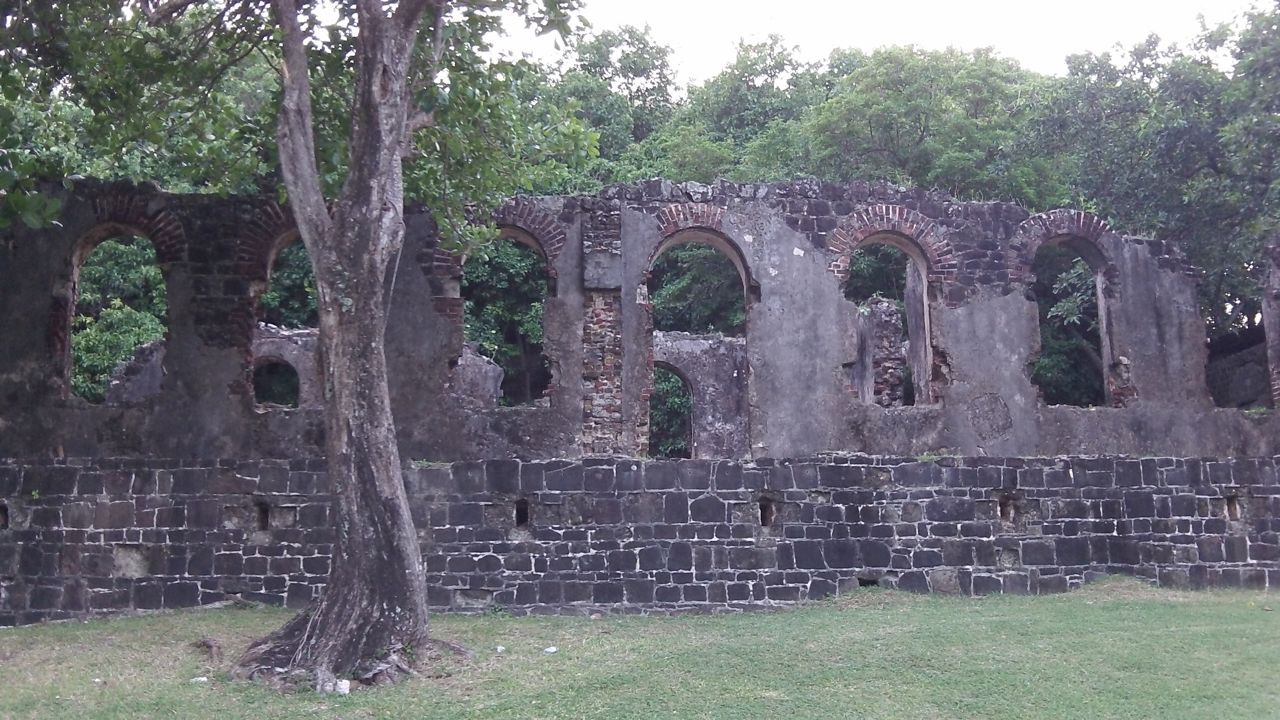 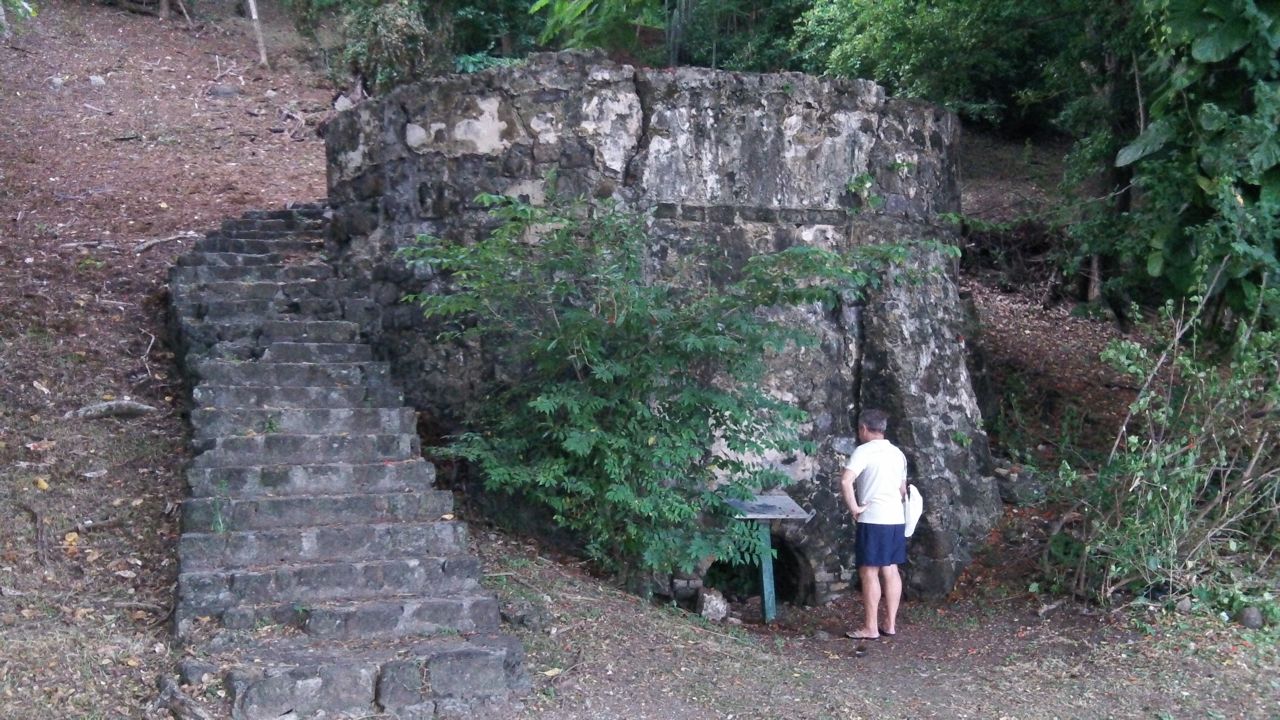 And then back to Jambe de Bois for a roti (like a tortilla filled with curry) and a cocktail.... or two..... 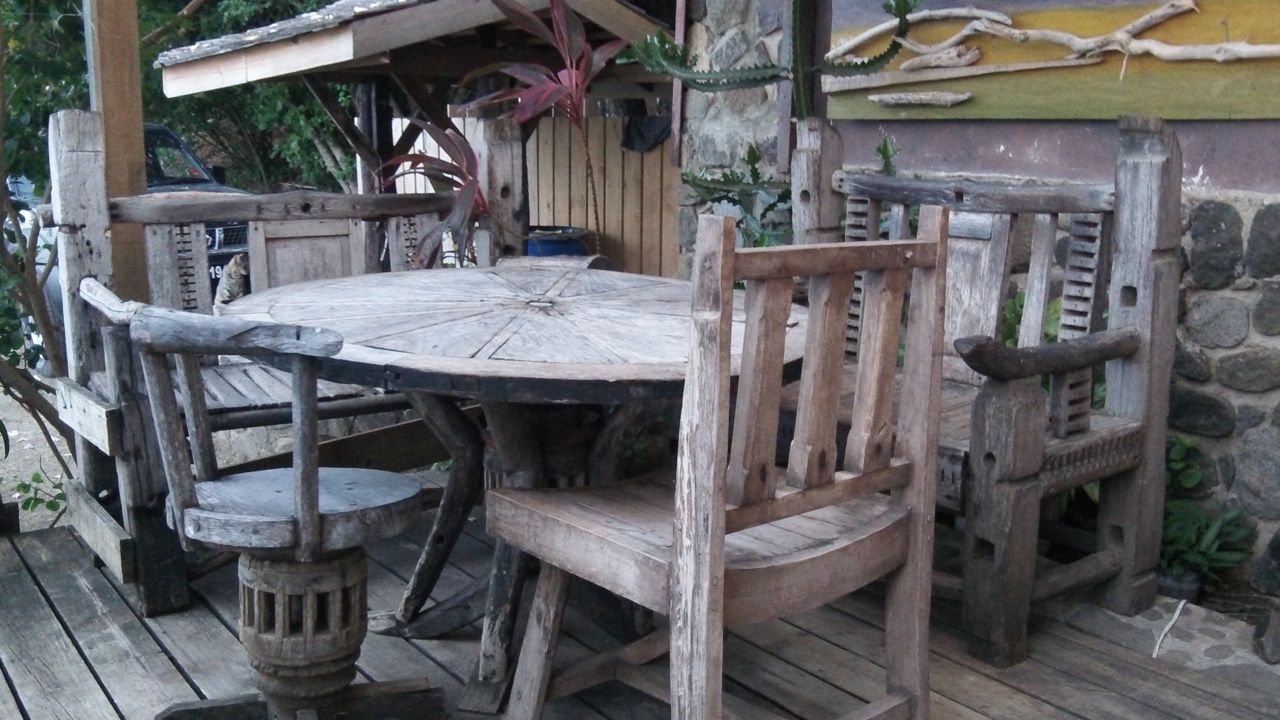